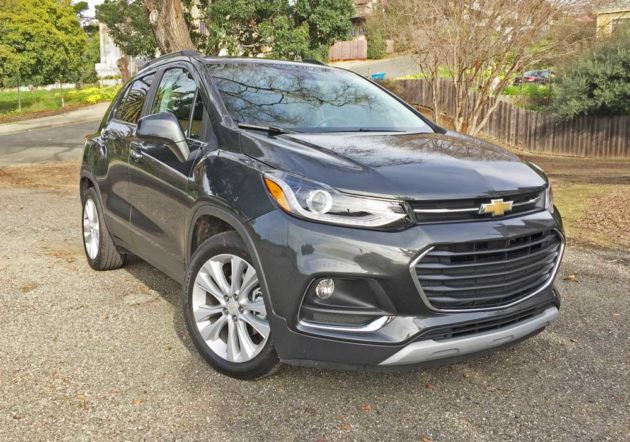 Beauty is in the eyes of the beholder, as is brand loyalty. The Chevrolet Trax, which has been on sale in Europe and only recently came to our shores, shares its global Gamma platform architecture with the Encore from Buick. The 2017 Chevrolet Trax is the Bowtie team?s entry into the Crossover Utility Vehicle arena, and it appears with a refreshed and expressive exterior image and an upgraded premium interior. Both GM vehicles fall into the sub compact crossover category. 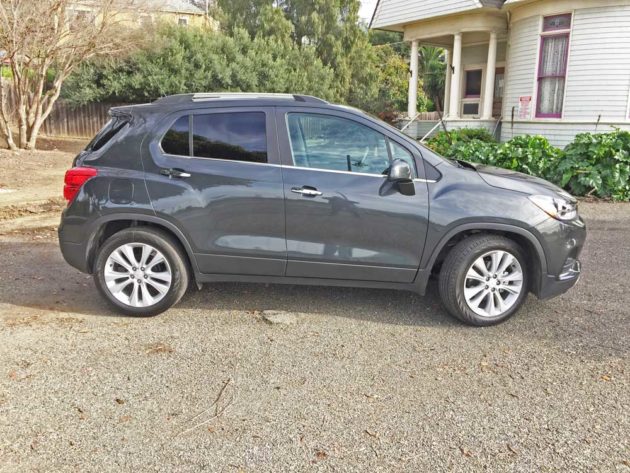 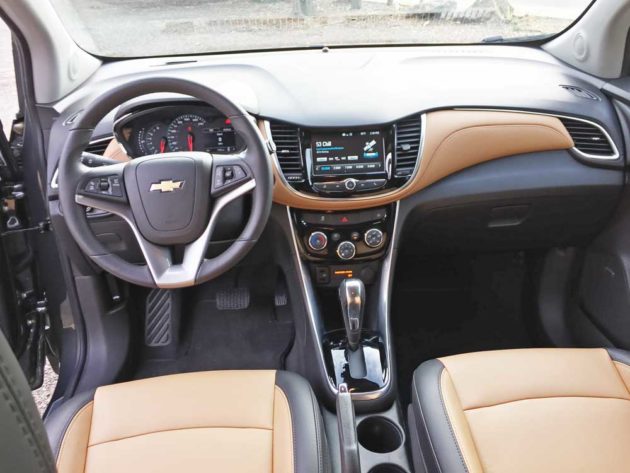 The Premium?s interior is centered around the new instrument cluster showcasing a new gauge display with analog speedometer and tachometer readouts and a new driver information center as standard fare. The overall design is a dual cockpit affair with chrome accents, and Apple CarPlay and Android Auto is compatible with a new Chevrolet MyLink 7-inch-diagonal color touch radio, along with an additional USB port. There is also a Keyless Open and available remote Start feature and newly styled18-inch aluminum wheels appear on Premier models. 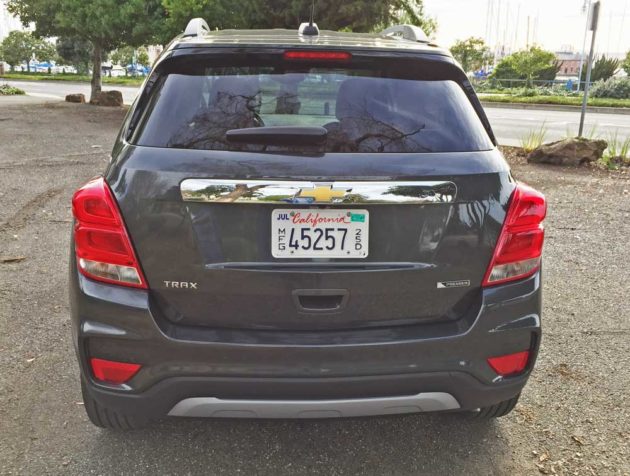 A rearview camera now comes as standard across the complete model line model range, which includes the base LS model, a more upscale LT trim and the flagship Premiere model. 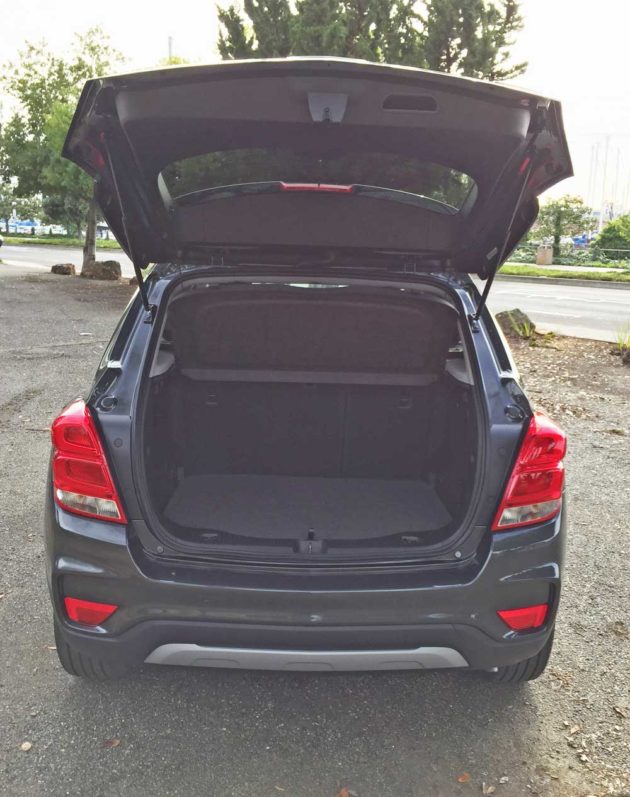 Power for all Chevrolet Trax models is supplied by a 1.4-liter Ecotec, DOHC, 16-valve VVT turbocharged inline 4-cylinder engine mounted transversely up front. The engine produces 138 horsepower at 4,900 rpm, along with 148 pound feet of torque at 1,850 rpm. Motive force is geared to the driving wheels ? either FWD or AWD, via a Hydra-Matic 6T40 electronically controlled six-speed automatic transmission with overdrive, including Driver Shift Control (AWD models only). All Chevy Trax models are available in either a Front-wheel drive configuration or an optional Active On-Demand All-wheel Drive configuration The Trax is capable of scooting from 0-60 mph in 9.18 seconds for FWD models and 10.08 seconds for AWD models, with a top speed of 116 mph and steering is electrically powered. EPA estimated fuel economy is rated at 25-mpg city / 33-mpg highway FWD / 24/30-AWD. Keep in mind that the Trax is not a dragster. 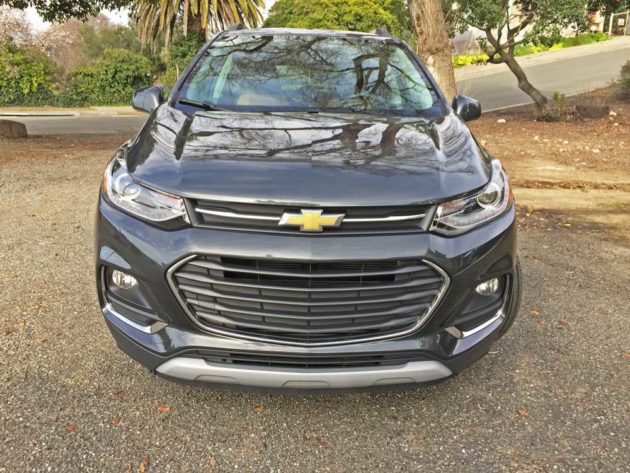 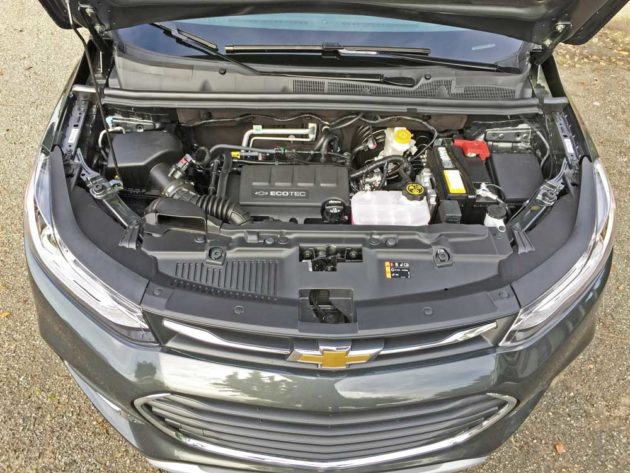 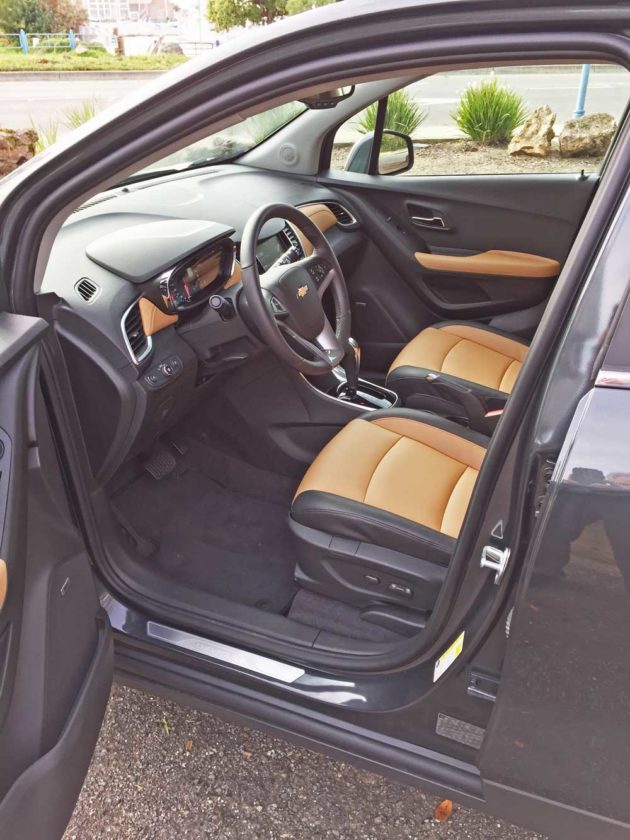 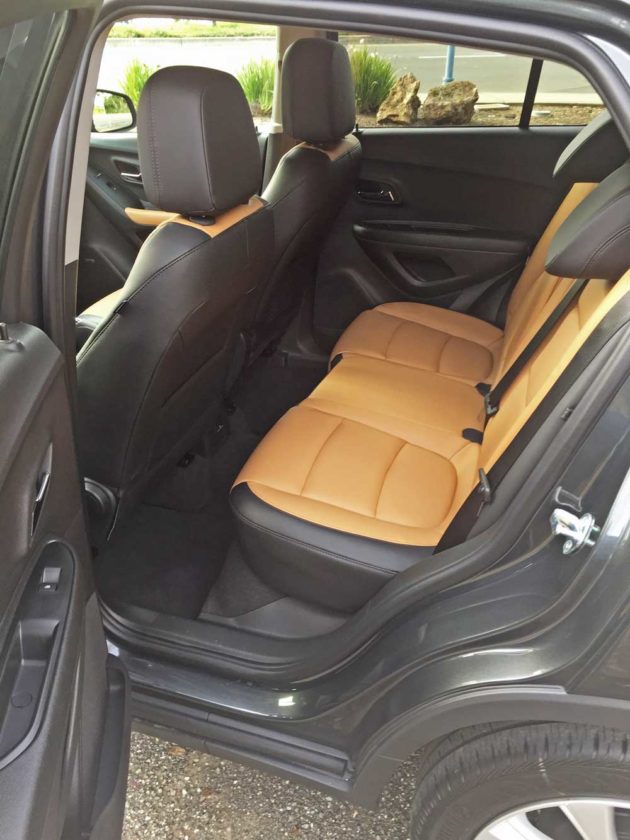 My test 2017 Chevrolet Trax came as a FWD model in Premiere trim. The exterior was sprayed Nightfall Gray metallic, while the interior was done in Black and Tan. It came with the Driver Confidence II Package, which included Forward Collision Alert and Lane Departure Warning. The base price was set at $26,100, which was elevated to $27,290 after adding the optional Package and Destination charge.

SUMMARY: The 2017 Chevrolet Trax unquestionably presents itself as just the right size for a multitude of consumers, not to mention perhaps the perfect size, with all the right features at an almost unbelievable price point considering the elevated level of desirable feature content. 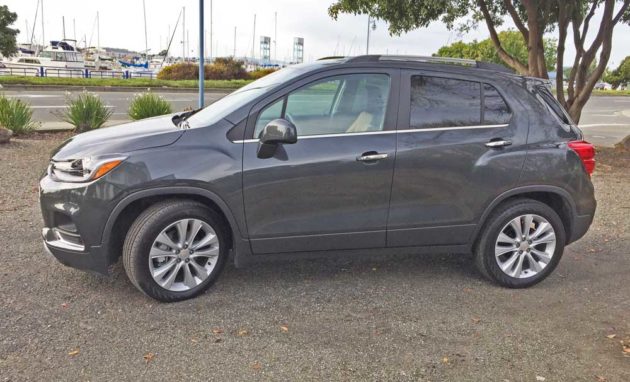 Some fellow auto journalists felt that the 1.4-liter turbocharged four-banger was lacking in power. Admittedly, 138 horses and 148 pound feet of torque are not staggering, but I found the performance to be quite adequate for its intended audience and purpose. The transmission shifts smoothly even in manual mode, but I would have preferred paddle shifters to the thumb switch that?s provided. 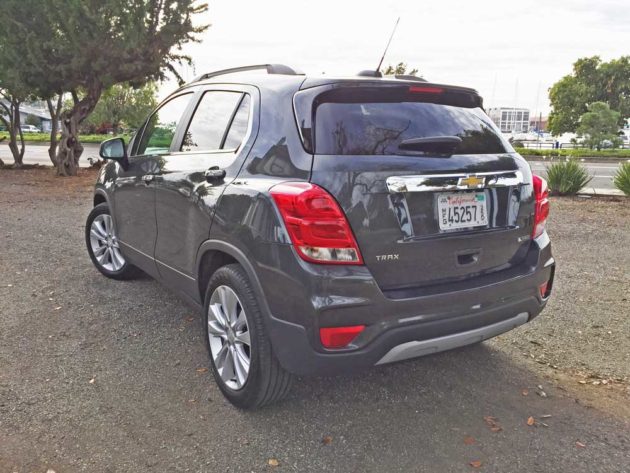 Surprisingly, there?s no center console per se, just recessed cup holders. Another questionable issue – the Bose noise-canceling sub-woofer that was mounted inside the spare tire, requires removal to access the spare. 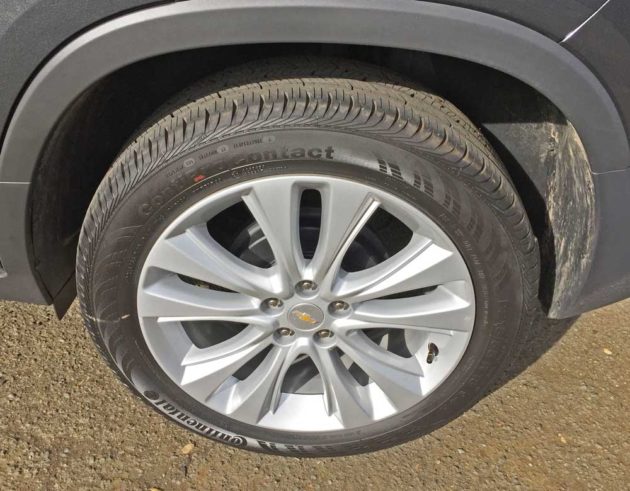 In the final analysis, the 2017 Chevrolet Trax Premiere delivers a winning package much like its GM sibling Buick Encore, with a good deal of technological content for a reasonable price. 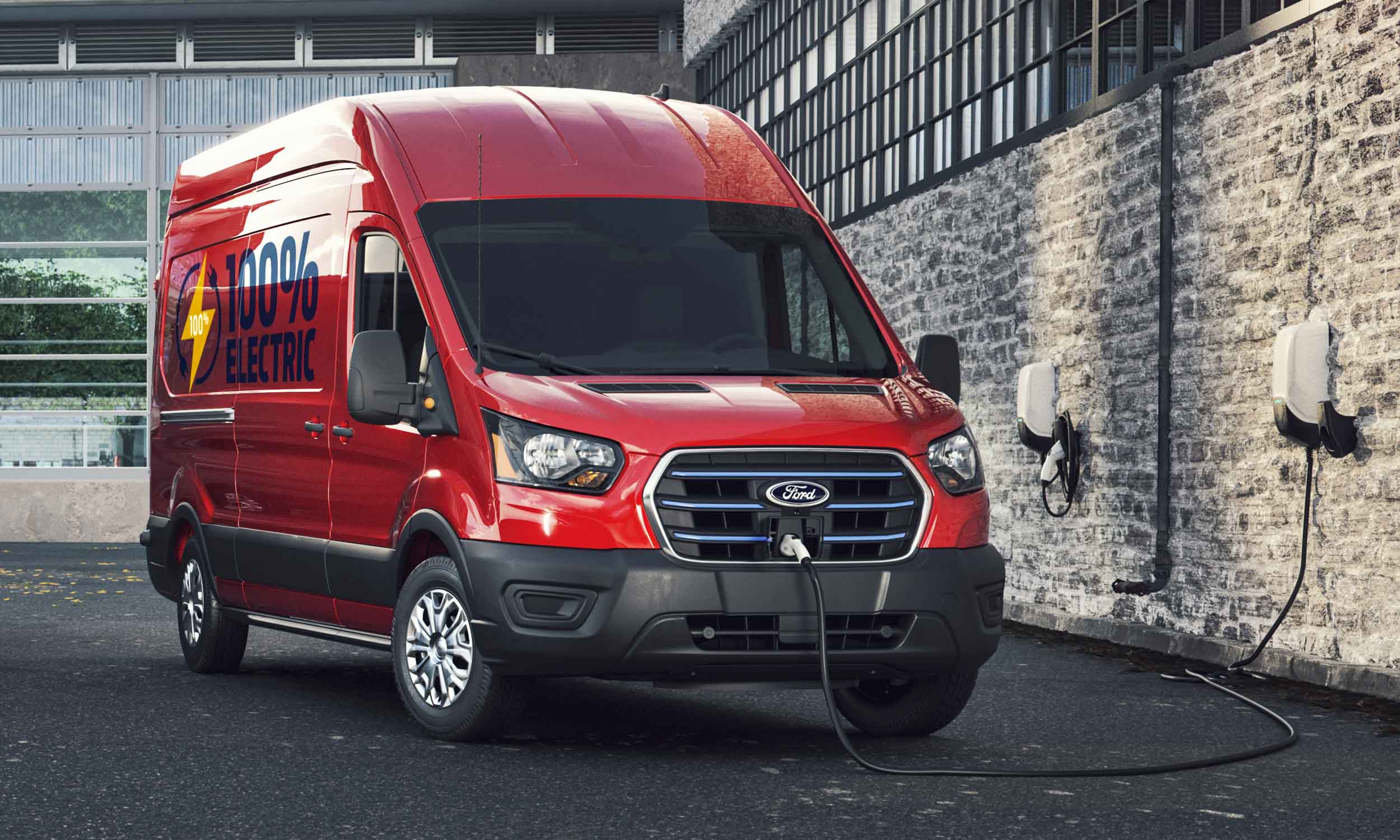 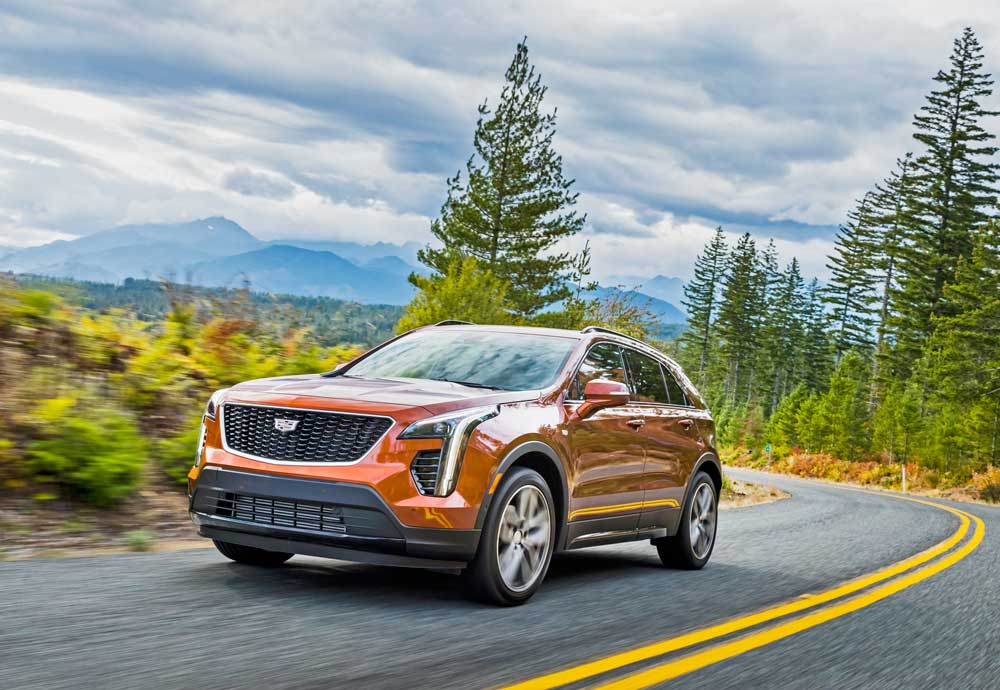