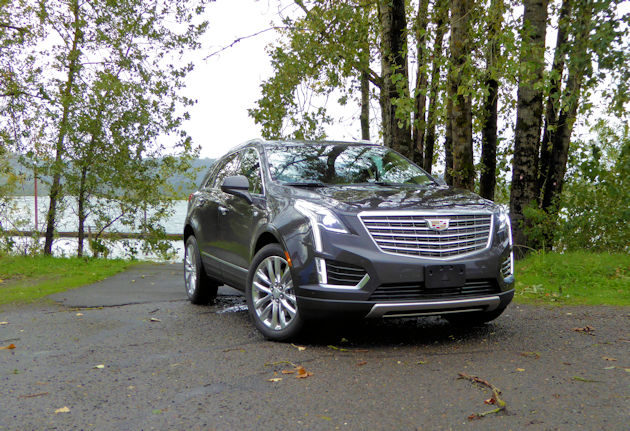 Historically, some of our favorite automotive designs have been Cadillacs, especially since the beginning of the 21st century and the ?Art and Science? design theme. The automotive styling features bold forms with crisp edges and an elegant high tech look that?s unlike any other vehicles in the market. The design theme runs throughout the line from its sexy sedans, racy coupes and even includes the massive Escalade SUVs.

Along with a strong commitment to design, Cadillac also became obsessed with performance and handling, and the vehicles have advanced to levels often challenging and sometimes outperforming global competitors. 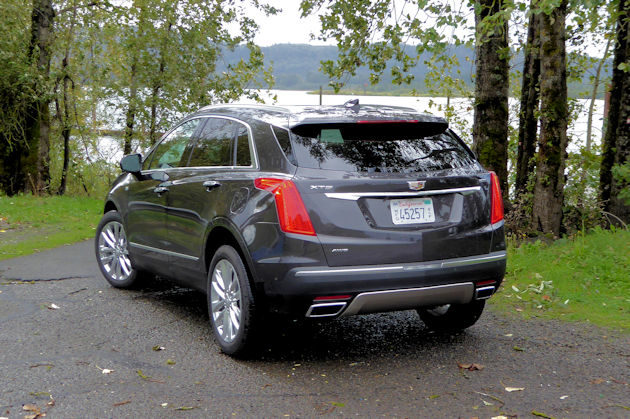 A few weeks ago, we sampled the all-new 2017 Cadillac XT5 SUV for a week using it to run errands and go to appointments around the Portland, Oregon Metro Area. All-new from the name up, the XT5 replaces the Cadillac SRX with a ground-up redesign which emphasizes weight loss (278 pounds less than the previous SRX) and agile driving dynamics. 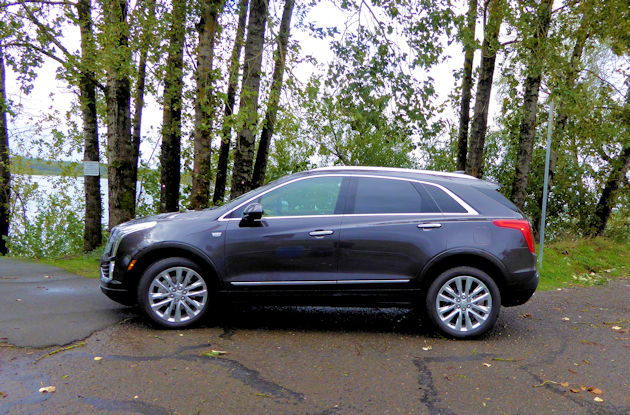 As we have come to expect from the General Motors luxury brand, the base model of the XT5 comes well equipped with a high level of comfort and technological features. The top of the line Platinum edition we drove had ?the works? which included everything from posh seating in a stylish cabin to all the latest safety and comfort technologies.

The XT5 is a big step forward from the SRX, however it competes in one of the most impressive groups of vehicles in any category. The competition includes vehicles like the Porsche Macan, Audi Q5, Jaguar F-Pace, BMW X3, Mercedes-Benz GLK, Lexus RX and several other outstanding crossovers.
If we were ranking the group for styling innovation, the Cadillac XT5 would be a top model, especially with the dramatic frontend treatment with its the unique vertical LED lighting layout. 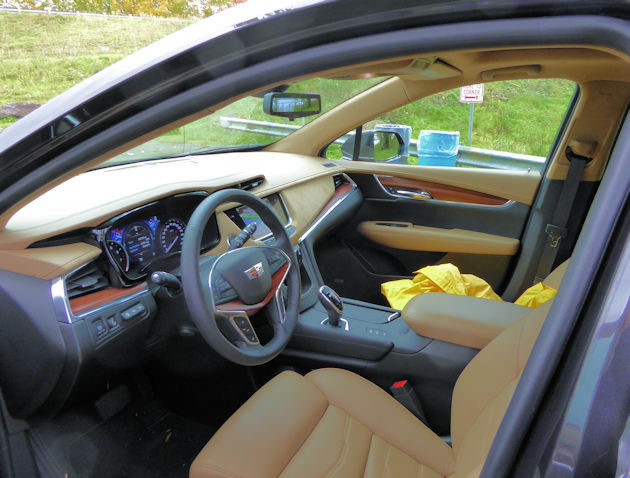 The interior styling is excellent with a tasteful combination of stitched leather, suede, wood and brightwork. We like the analog style instrument panel with its round multipurpose screen mounted between the tachometer and speedometer, and the large infotainment screen mounted at the top of the center stack. What we didn?t like was the touch controls for the volume and some other functions. We find them difficult to use and would much prefer a conventional knob ? fortunately the large grouping of redundant controls on the steering wheel included real push buttons including a volume button. 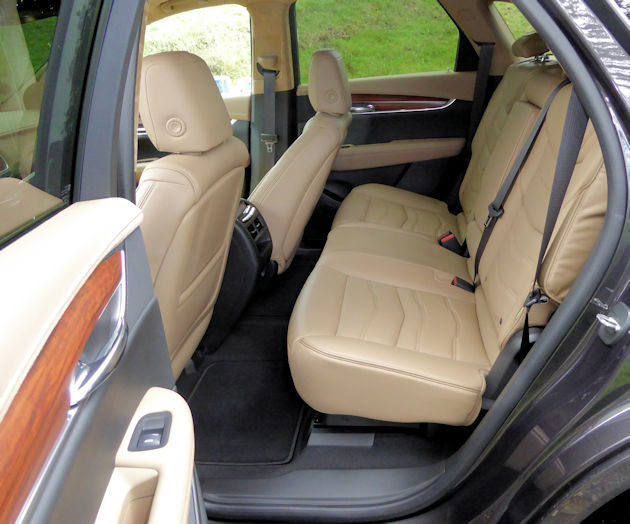 The new transmission shift control stalk proved confusing at times, but we imagine an owner would quickly get used to the differences. The digital rear view mirror turned out to be one of our favorite features. The driver could switch between a conventional rear view mirror or a wide-angle digital screen with a live unobstructed picture of the area behind the vehicle. At first, the image was a bit disconcerting, but after a few hours behind the wheel, we loved the wide-angle view. It also added a visual dimension to the blind spot warning system ? allowing the driver to not only get a warning something was in the blind spot, on the side view mirrors, but to see the other vehicle on the screen without the driver having to lean to see out the side mirrors. 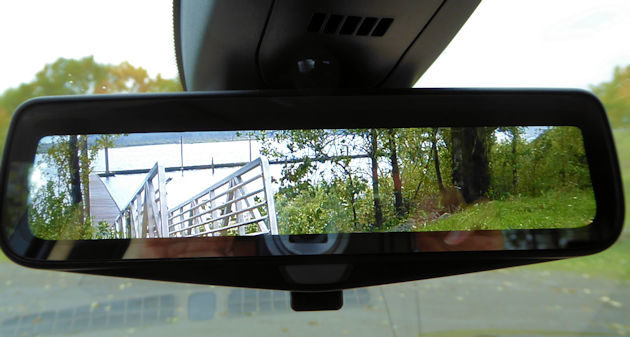 In the U.S. market, there is only one engine available, Cadillac?s direct injection 310-hp 3.6-liter V-6. The engine has an Active Fuel Management deactivation technology that shuts down two cylinders during low or moderate load conditions, like coasting or cruising on a flat road. The engine also has an automatic stop and start system that shuts the engine down at stoplights and other stopped positions and then automatically re-starts the engine when the driver lifts a foot off the brake pedal. The standard engine in the important Chinese market is a 258-hp 2.0-liter turbocharged four-cylinder, however that engine is not available in the U.S. 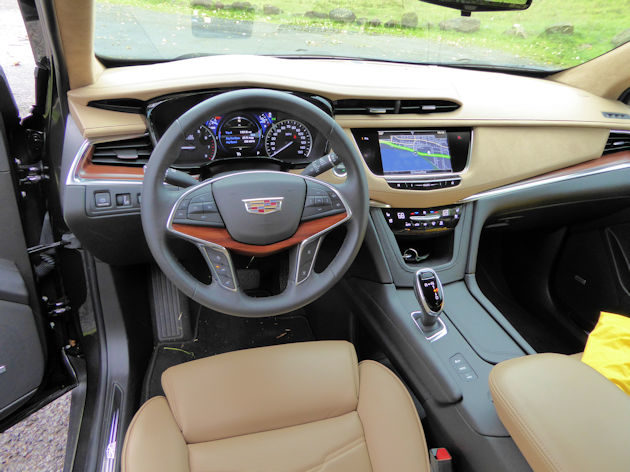 A new eight-speed automatic transmission with Electronic Precision Shift (the first electronically controlled transmission shifter for Cadillac) drives the front wheels or the available all-wheel drive. The AWD is a new ?twin clutch? system which continuously and automatically delivers traction across a variety of conditions. It is engineered wet, snowy or icy conditions, it also provides enhanced stability in dry weather. AWD is not available on the base model XT5, only the three upper level trims. It is standard on the Platinum trim. 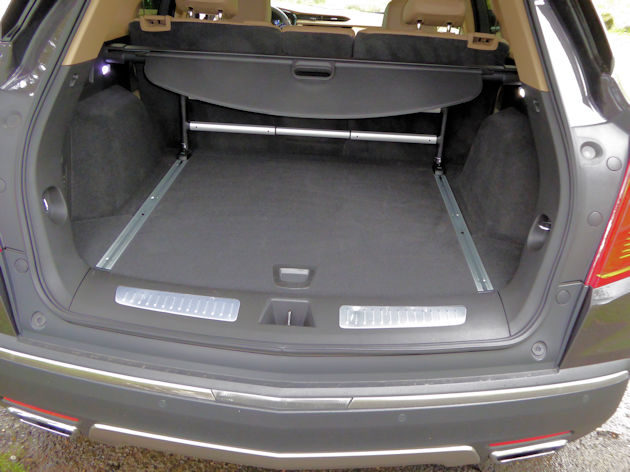 The V-6 engine provides spirited performance making a 0 to 60 mph run in 6.6 seconds, but that falls behind most of the competitors. The drivetrain combination suffered an occasional roughness, too, during our drive time. The EPA rates the XT5 at 18 mpg city, 26 mpg, highway and 21 mpg combined. We averaged 22.2 mpg during our week of mostly local driving.

Even with a couple of rough edges, we really liked the Cadillac XT5. It handled nicely with a light agile feeling that made it fun to drive. The ride tended to be on the firm side, but not enough to make it uncomfortable. 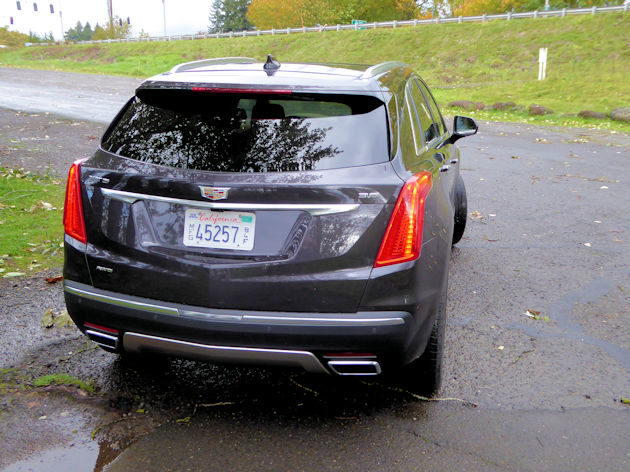 We especially appreciated the high level of standard features included with the Platinum package. It has all the extras we would add if we were ordering it for ourselves, plus others that gave it that extra ?special? feeling that comes with having all the bells and whistles at our disposal. 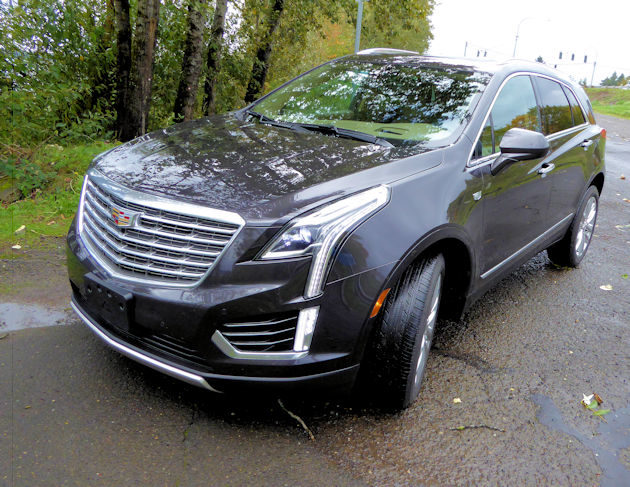 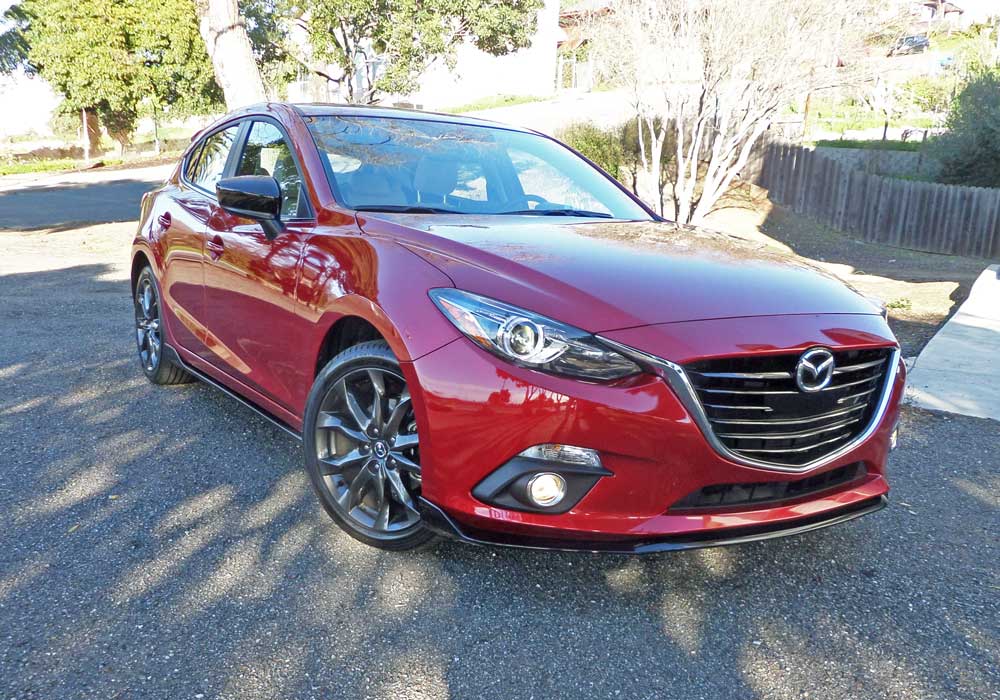