It seemed a bit strange to be plugging in our BMW 3 Series test car, but there it was, the 2017 BMW 330e plugged into the 120v outlet in our garage. We normally think of BMWs as the ?Ultimate Driving Machines? but this one looked more like something called the ?Ultimate Fuel Economy Machine.?

Plug-in hybrids were new to the BMW lineup starting in 2016 under the category they call ?iPerformance? models, and already there are four models at dealerships: the 330e, 530e, 740e xDrive, and X5 eDrive 40e. 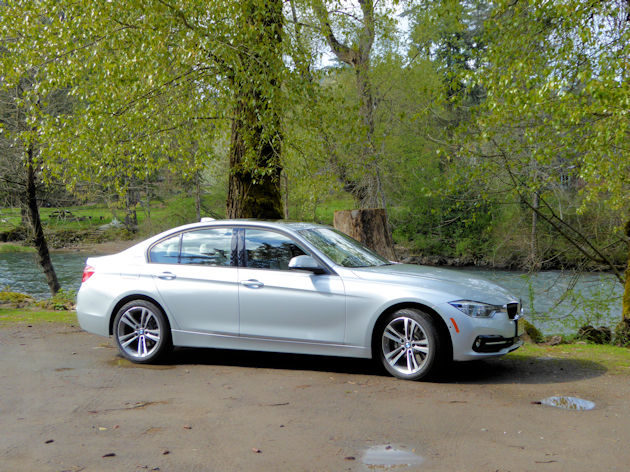 As the latest entry to the 3 Series lineup the all-new BMW 330e starts with the same basic BMW elements as the gasoline powered 3 Series vehicles but adds a new level of fuel economy enhancements to produce a gasoline-only EPA fuel economy rating of 31 mpg and an electricity and gasoline combined rating of up to 72 mpg. 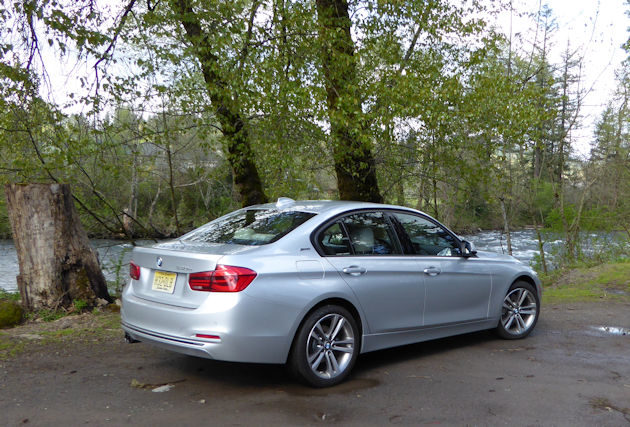 The enhanced fuel economy comes from a combination of good aerodynamics and BMW EfficientDynamics technology. It?s powered by BMW?s TwinPower Turbocharged 2.0-liter four-cylinder engine which is rated at 180-hp and 215-lb.ft. of torque. It is supplemented with an 87-hp (184-lb.ft. of torque) electric motor developed from the same eDrive technology used by the electric-powered BMW i3 and i8 models. This drive system has already earned two International Engine of the Year awards. 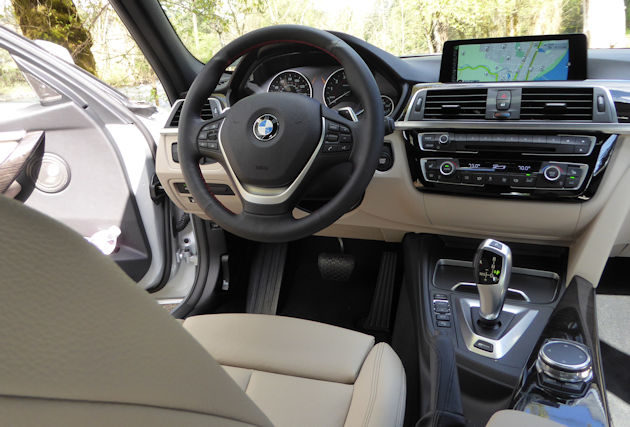 The combination lives up to BMW acceleration characteristics producing a 5.2-second 0 to 60 mph acceleration time according to buff magazine testing. It also has a top speed of 140 mph according to BMW figures. The system is completely seamless and except for slight change in sound, or a glance at the gauges, it was difficult to know where the power was coming from. However, there was no question that the 330e is very much a BMW. 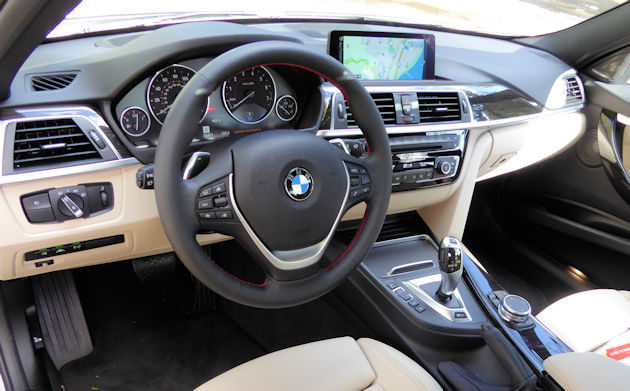 In typical BMW fashion, the system drives the rear wheels through an eight-speed Steptronic automatic transmission with steering wheel-mounted paddle shifters. The xDrive all-wheel drive system is not available on this iPerformance model, but is on the three others.

The electric motor is fueled by a 7.6?kWh lithium-ion battery mounted under the passenger compartment. The battery can be fully recharged at any domestic power socket in about 6 to 7 hours or in about 2.5 hours with a 240w charger. 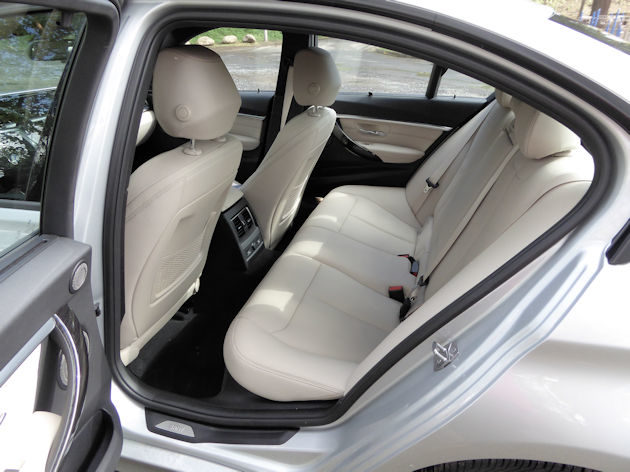 When the navigation system is programed to a destination, an energy management system analyses the route?s Real Time Traffic Information to identify any sections of the route where the electric drive system could be more efficient than the gasoline engine. If the battery is at a sufficient charge level, the system will automatically switch to ?electric only? to save fuel. It also prepares to use electric and gas for uphill sections, again to save fuel. 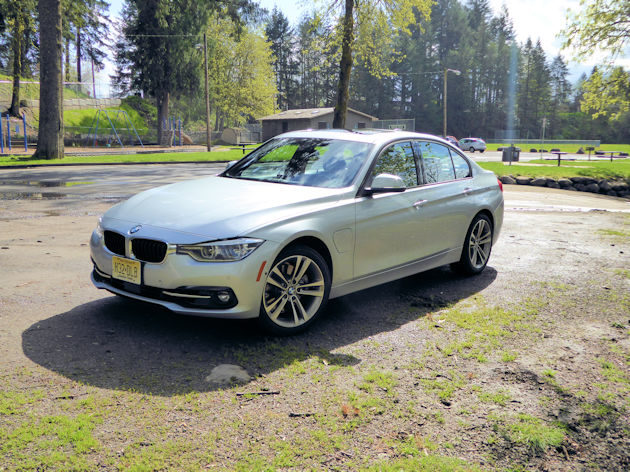 The car operates with or without the battery being charged, however, it?s not as efficient without the electric component. When the charge level drops too low and an outside charger is not available, the driver can activate the ?Save Battery? mode using the eDrive button and bring the charge back up to at least 50 percent while driving. The driver can also select an ?Auto? setting to maximize efficiency in normal driving situations or the ?Max? setting which holds the electric only mode, for up to 14 miles and with a top speed up to 75 mph, to get the most benefit out of the system. When the accelerator is floored gasoline engine automatically starts for the maximum performance. 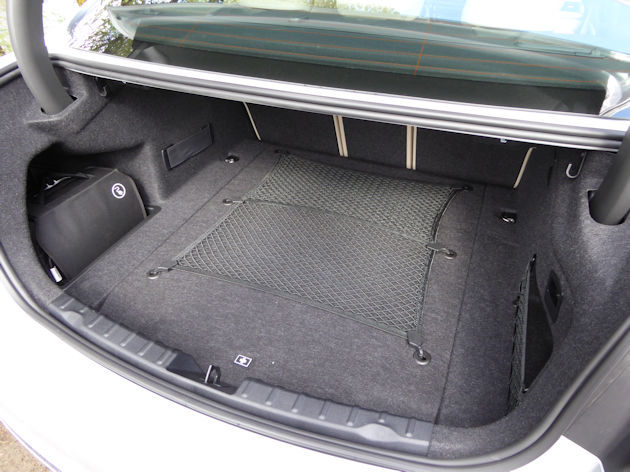 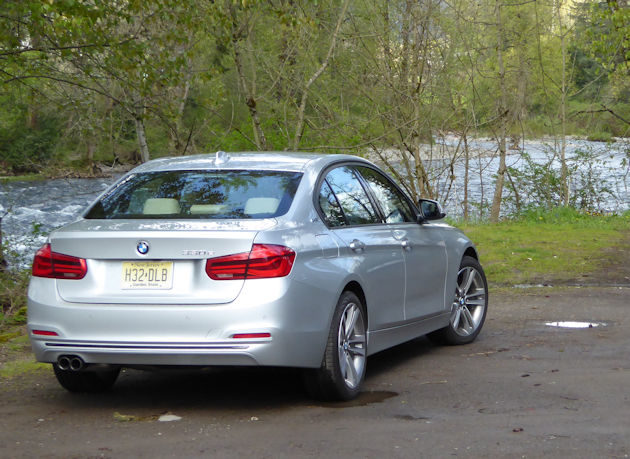 Aside from the cleaner air and fuel saving elements of the hybrid drive system, the 2017 BMW 330e is very much that Ultimate Driving Machine exhibiting the excellent handling and performance we?ve come to expect from the 3 Series BMWs. 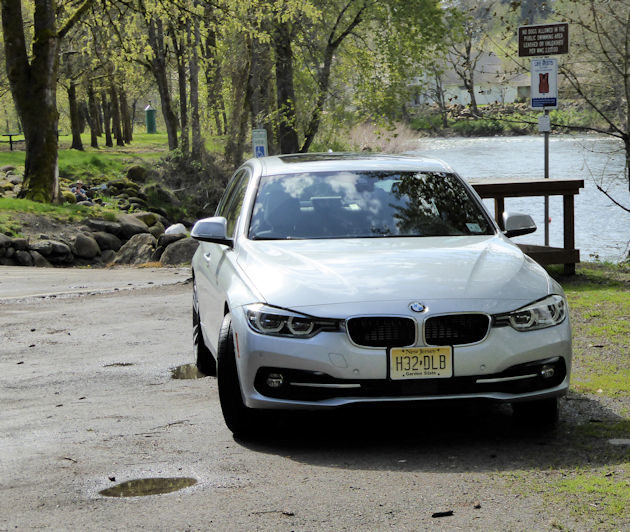 The BMW 2017 BMW 330e is priced from $45,095, including the destination charge. By the time a customer adds optional paint, upholstery, wheels, packages, and options, it is easy to take the price over $60,000. We would prefer to see pricing simplified with fewer choices and more packages so that Monroney?s doesn?t include such a long list of options. On the other hand, we understand that this allows shoppers to customize their 330e to best fit their personal equipment and pricing.