The Acura brand took an interesting twist during the last year, in part, thanks to the introduction of the long awaited NSX sports car. Suddenly the company?s emphasis is on performance and handling for all its cars and SUVs.

Acura won?t compete with the ultra-performance brands offered by most luxury competitors, except with the awesome NSX sports car, but the Acura cars should work well for mid-level enthusiasts ? people who enjoy driving. We?ve always thought highly of the Acura brand and enthusiastically recommended them; the recent changes should make them that much more desirable. 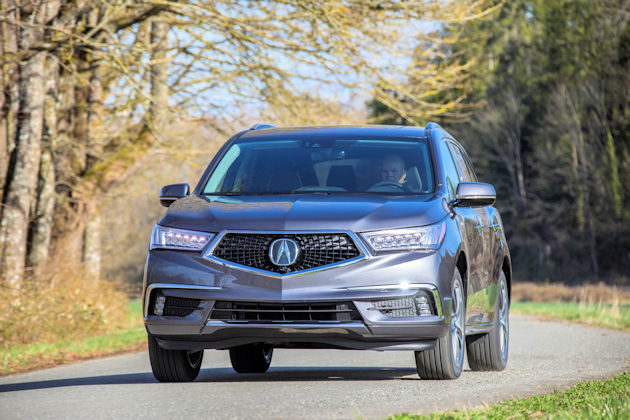 Enter the 2017 Acura MDX Sport Hybrid, Acura?s largest vehicle, a three-row SUV and perennially one of Acura?s most popular vehicles.
We think this new model should be a big success. Acura didn?t just build a hybrid by bolting on an electric motor and add the supporting hybrid paraphernalia to produce better acceleration and fuel economy. Instead Acura wizards built a sophisticated three-motor version of the MDX with Super Handling All-Wheel Drive (SH-AWD?) and borrowing technology from the 2017 NXS supercar. (See, there is a reason to build limited-production high performance models.) 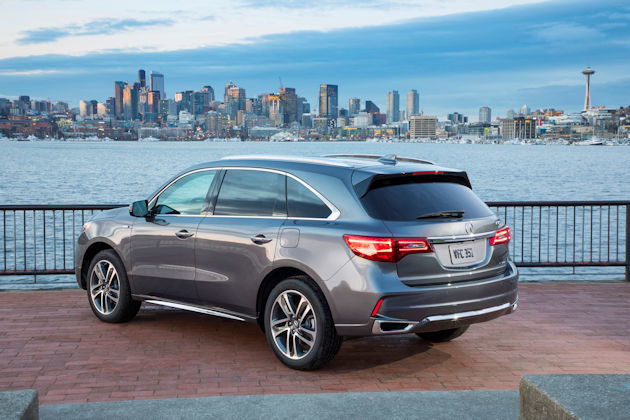 As the first-ever Acura SUV hybrid, the MDX Sport?s hybrid system not only boosts acceleration and fuel economy, it also improves handling and braking, and it does it at an amazingly small price differential.

Rather than using the venerable 3.5-liter V-6 from the gasoline-powered MDX, engineers used a smaller more efficient 257-hp, 3.0-liter V-6. It is attached to an ultra-quick shifting seven-speed dual-clutch automatic transmission. 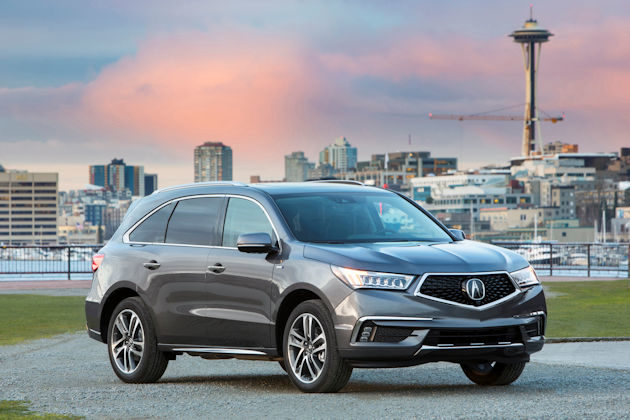 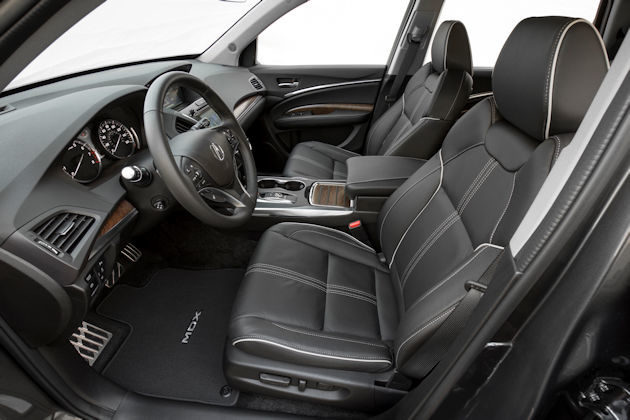 The ?boost? from the three electric motors produces a quick 5.7-second 0 to 60 mph time and beats the gas engine by about one-half second. Fuel economy is improved also in the city and highway figures. The EPA estimates fuel economy at 26 mpg city, 27 mpg highway and 27 mpg combined. We averaged 26.7 mpg for the week we drove the MDX Sport Hybrid. 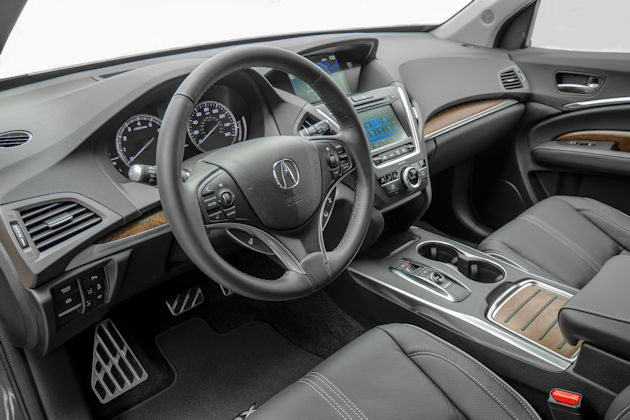 A 1.3 kWh lithium-ion liquid-cooled battery pack is mounted under the passenger compartment taking no space away from the passenger or cargo areas. The battery is also cooled by a fan located in the front center console drawing air from inside the vehicle.

Riding on a rigid unibody platform, the four-wheel independent suspension uses MacPherson struts up front and a multi-link system in the rear. The hybrid version adds a four-mode Integrated Dynamics System with Sport+ mode and active dampers allowing the driver to change the suspension setting to best suit the driving conditions. 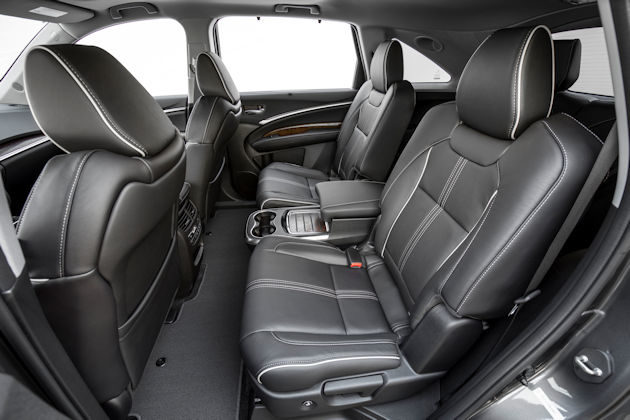 The hybrid uses the same refreshed body as the gas model, but has exclusive interior trim features. The hybrid is quieter than previous MDX models we?ve tested, too. The major difference between the models is the extra 227 pounds required by battery and other hybrid components.

The 2017 Acura MDX Sport Hybrid is offered in one trim level ($45,025 including the destination charge) with two available packages: The Technology Package and the Advance Package. 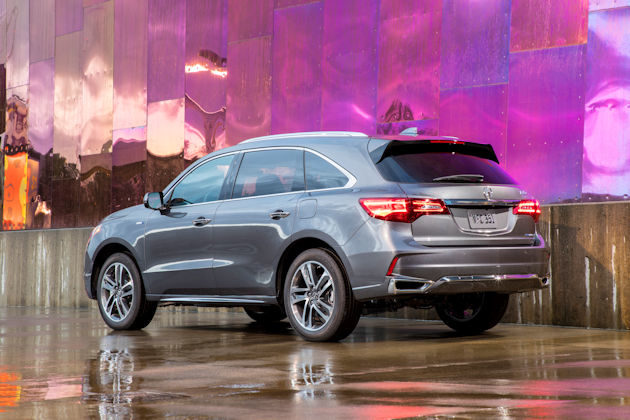 The Hybrid drive train adds $3,500 to the base price, but includes the ?Sport Hybrid Super Handling All-Wheel Drive?, whereas SH-AWD costs $2,000 on the gasoline powered model. That mean the hybrid AWD is priced only $1,500 more than the gasoline version. That makes it one of the least expensive hybrids we?ve encountered ? generally hybrid models are $4,000 to $7,000 more than gasoline drive trains. 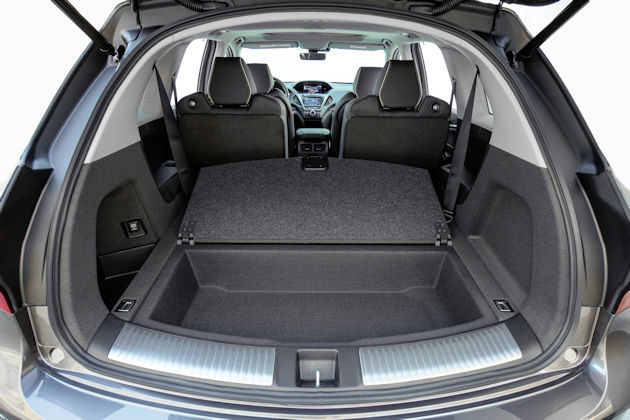 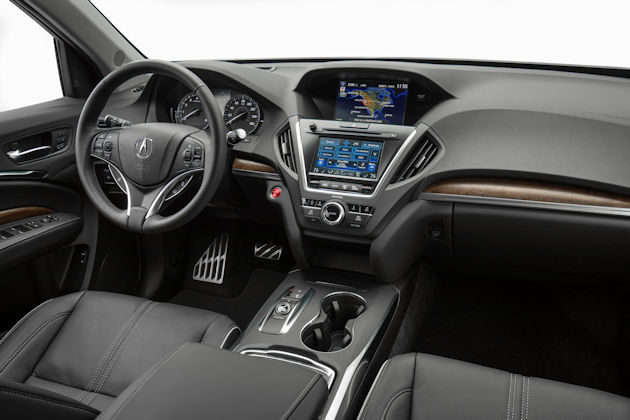