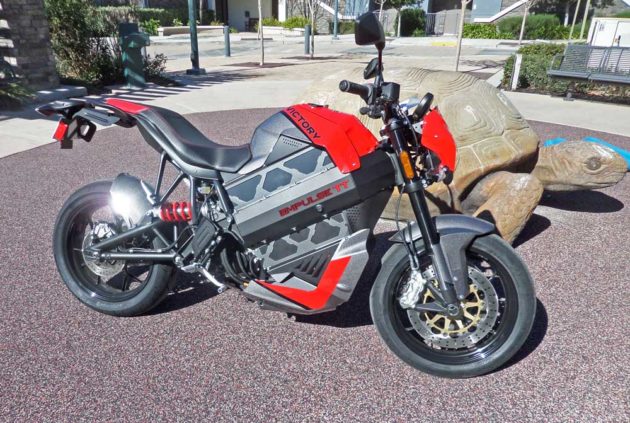 More and more motorcycle manufacturers are exploring the realm of bikes powered by electricity. Does this mean that gasoline fuel powered motorcycles are headed for extinction? I think not. However it makes sense for them to look ahead to the future and to develop production models that utilize other power sources and to include them into their available inventory. Electric motorcycles and scooters are actually cool and fun to ride, and there are actually some currently on sale in today?s two-wheeled marketplace. One of the latest is the 2016 Victory Empulse? TT, which is essentially a modest reinterpretation from the Brammo line of electric motorcycles, which was recently acquired by Polaris, Victory?s parent company. 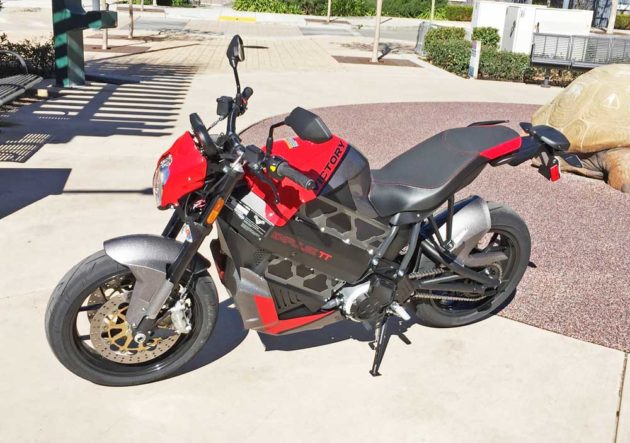 The styling of the Victory Empulse TT is an enhanced version of the Brammo bike, with new instrumentation, flashy paint and bodywork, and with 10 percent increase in battery capacity, utilizing innovative ?pouch? cells and improved packaging. Early Victory Empulse TT versions continue to be produced in the Brammo plant in Oregon. Future production is planned to be moved onto Victory soil.

It?s not likely that there will be a heavy electric cruiser model, but for now, Victory?s Empulse TT is out there for the consumer, ahead of any other major manufacturer, as Harley-Davidson has yet to officially announce plans for production of their Livewire electric concept bike. Empulse superbike examples are already winning accolades with participation in significant race programs.

The Empulse TT is visually attractive, with a more comfortable seat than the old Brammo model. Other than these notations, riding the Empulse delivers a nearly similar experience to the Brammo. A narrower rear tire mounted on Victory produced wheels delivers a lighter, more neutral steering effort. 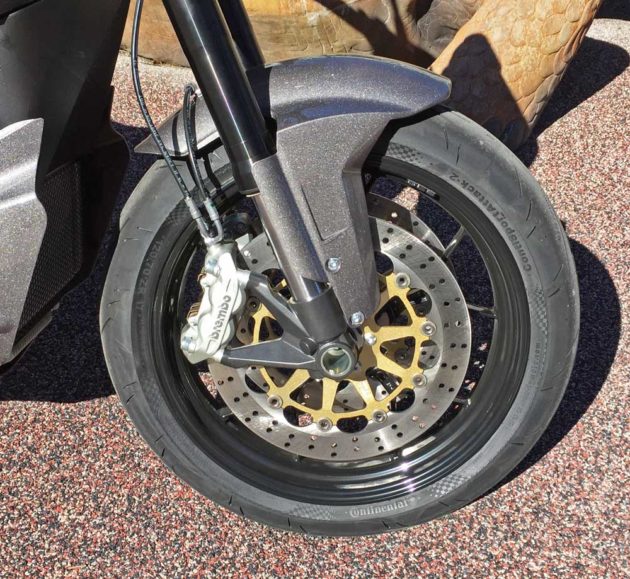 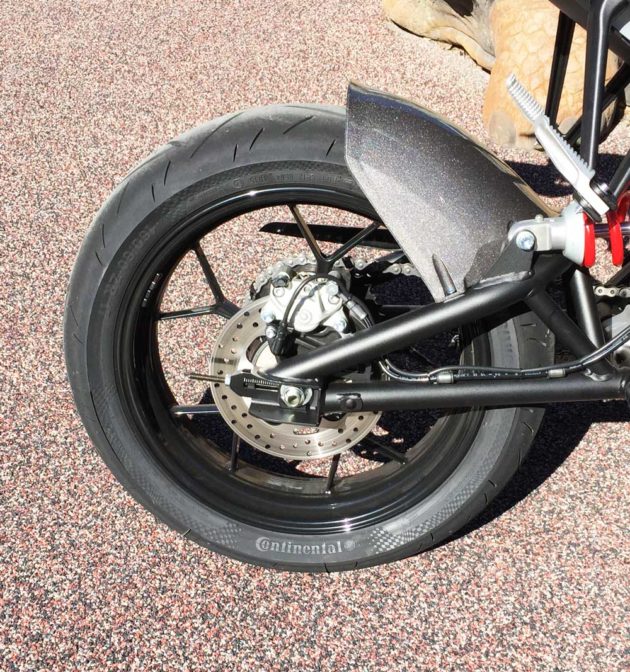 The wheelbase measures 58-inches, with an overall length of 81.3-inches. Seat height is 31.5-inches and ground clearance is 7.3-inches. The Empulse TT tips the scale with a dry curb weight of 470 pounds.

The average range is estimated to be 50 miles with the added battery capacity.
Time to fully recharge at 110-volts takes 7 to 8 hours. A 240-volt system or accessory charger reduces the time to full charge to roughly 3.5-hours. 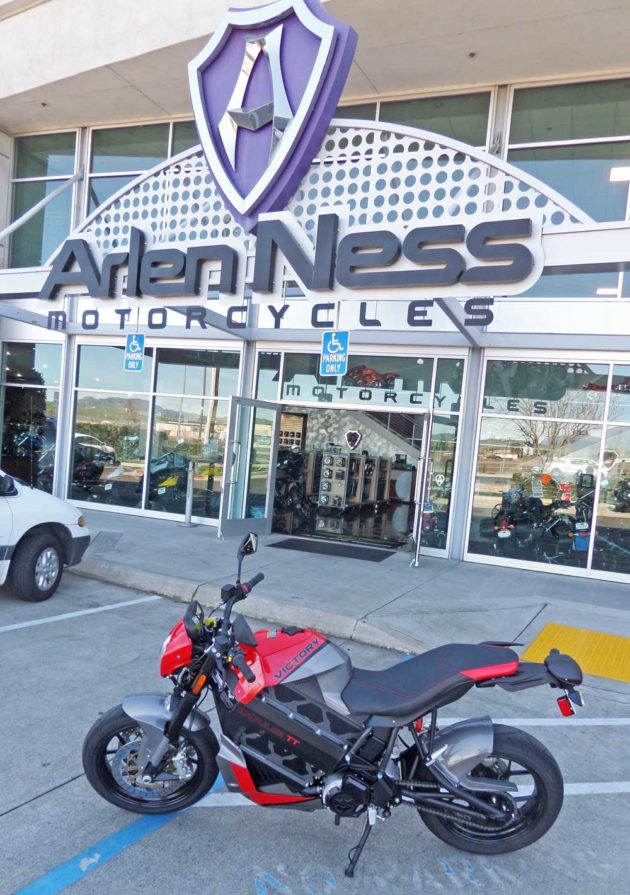 My test 2016 Victory Empulse TT came with a $19,999. base sticker, while the as tested price was estimated at $20,349. to allow for Dealer Handling and Prep charges that may vary. The bike was finished in bright Red and Silver with Black accents. 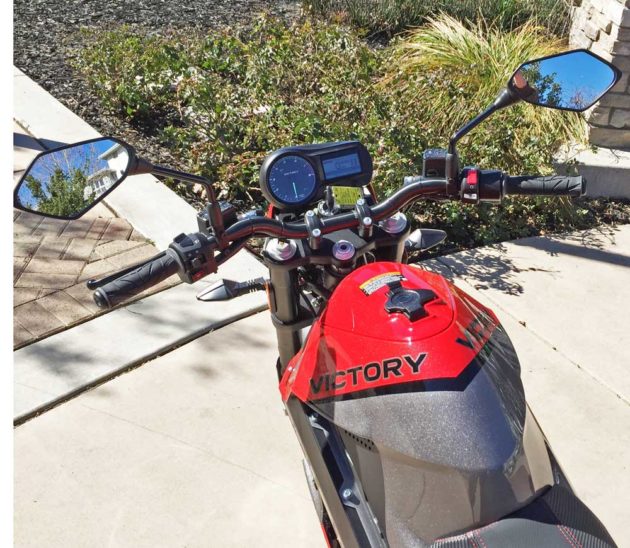 There are no provisions for storage and no windscreen ? this is an electric street sportbike folks. As already hinted at, the mechanics raise some big questions ? Eliminate the 6-speed transmission, which eliminates the clutch, incorporate a belt drive in place of the final chain, and the bike becomes lighter, quicker and quieter, not to mention, easier and less complicated to ride. As it is, everything works fine, and it is only necessary to pull the clutch lever when shifting, but not for taking off from a standstill, making it possible to put the bike in third gear and leave it there. 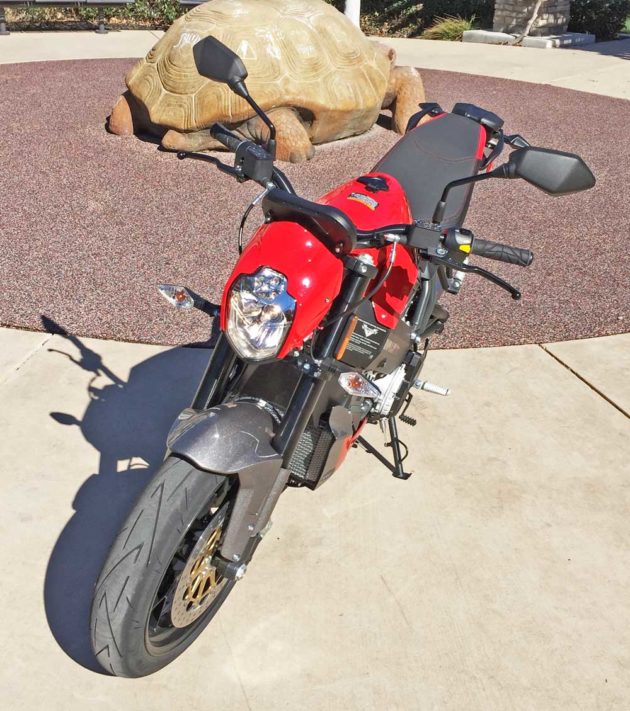 With Polaris at the helm, the Victory Empulse TT and any other electric bikes that emerge from within the company, will surely get better and more efficient, and perhaps even less expensive in the future, if the Indian is any indication. 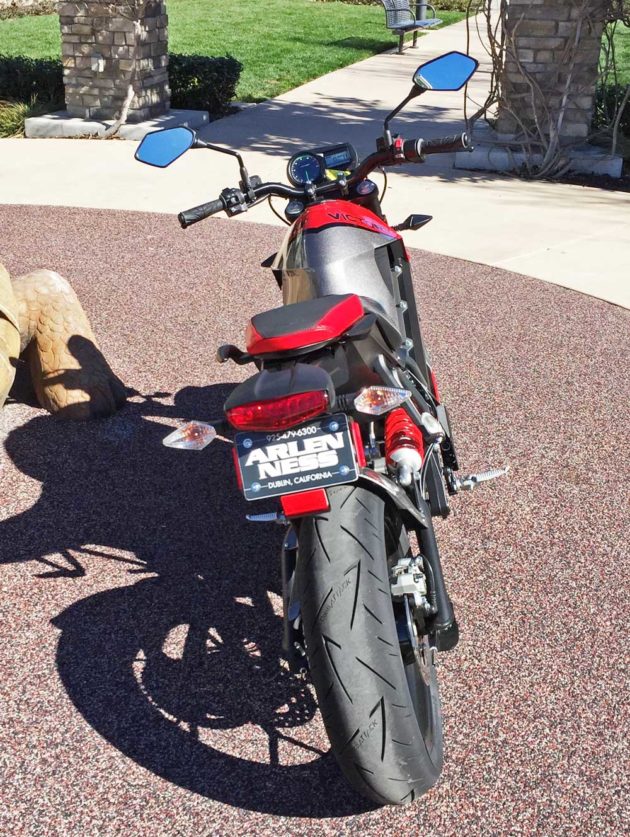 Is the Empulse for everyone? Probably not, but it would certainly represent an interesting addition to anyone?s bike stable.