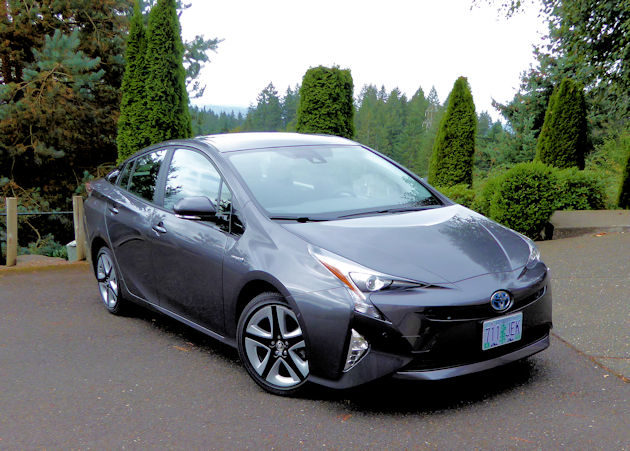 The week we tested the 2016 Toyota Prius turned out to be one of the busiest weeks we?ve ever had. It was filled with appointments all over southern Washington and in the Portland metro area. Overall, we ended up driving nearly 500 miles, on freeways, city streets, in fast moving traffic and in an unbelievable amount of stop and go traffic. Still, the Prius averaged 51.2 mpg during that week. That was a ?wow? for us and about the best fuel economy average we can ever remember getting on any test car.

Fuel economy aside, the Prius also turned out to be very comfortable, convenient and filled with all the technologies we?ve come appreciate on a car we drive. Certainly, the Prius is not going to win any prizes for performance and handling, but as an everyday driver, it?s hard to beat. We see why they seem to be one of the most common cars we see on the streets and highways. 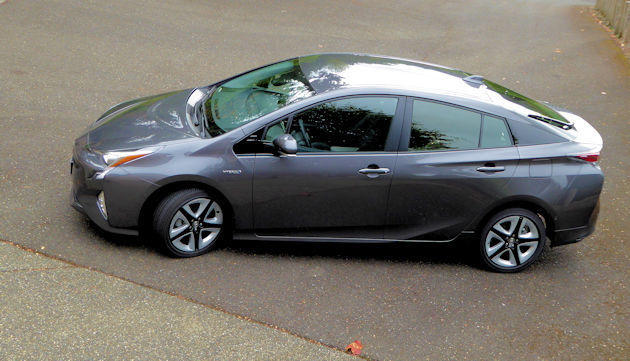 The Prius has almost expanded into a brand by itself over the years with three distinct models including the standard Prius, the smaller Prius C and a wagon-like Prius V. Toyota?s commitment to hybrids is even more evident with the hybrid versions of the Camry, Avalon, RAV4 and Highlander. In addition, they even have the hydrogen fuel cell powered Mirai which gets big-time mileage with an EPA rating of 67 mpg city and 67 mpg highway?but that?s another story — we?d like to spend some time in it.

The 2016 Prius is an all-new fourth-generation version of Toyota?s best-selling hybrid. U.S. customers were not able to buy the first generation Prius, although a few were privately imported from Japan at the time. The second generation Prius started the hybrid revolution in the U.S. when it went on sale starting in 2003. Worldwide, there have more than 3.5 million Prius Hybrids sold. 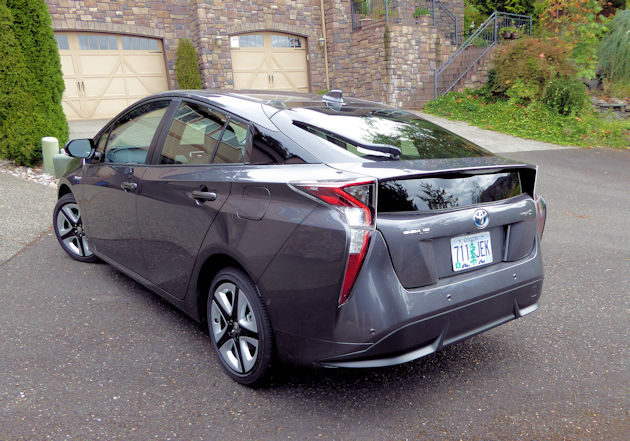 The new styling is actually quite exciting, in a hybrid kind of way. Toyota says it was inspired by a runner in starting blocks with a feeling of forward motion. One thing we did notice was that the new Prius was something of a head turner. We saw several people closely examining the car as we passed, and that surprised us for a car that wasn?t a bright colored sexy sports car, and we weren?t driving the first one on the block. (Let?s face it gray metallic hatchbacks usually aren?t head turners.) 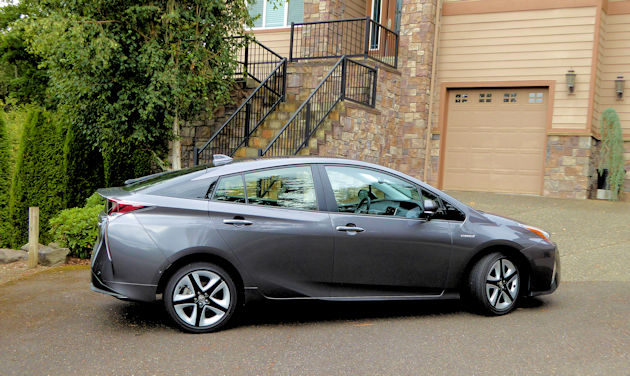 The look is longer, sleeker and lower with something of an athletic shape. It also has some edgy character lines that sweep along the side from the front fenders. The standard Bi-LED headlights add to the distinctive Prius face and at night provide excellent vision. 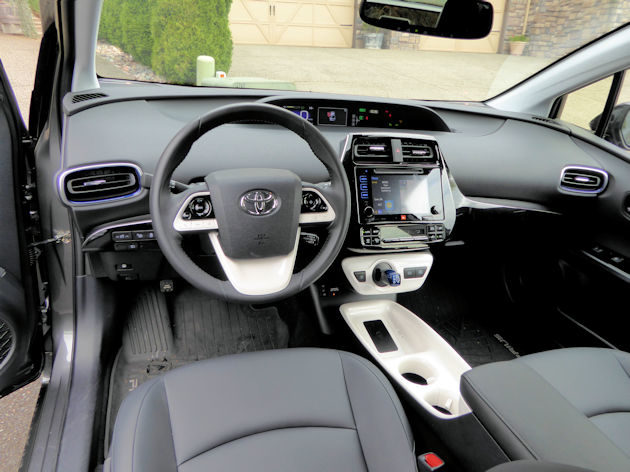 Several Prius models have the SofTex?-trimmed heated front seats. This synthetic material, which is hard to tell from a top grade leather, has temperature-regulating properties to make it feel more comfortable in hot or cold weather. The seats are extremely comfortable and supportive, even for long periods, and the interior is roomy with seating for four, or five with a snug fit in the rear. We found the interior to be very quiet, with the only noise coming from the rough textured roads we have in our area. 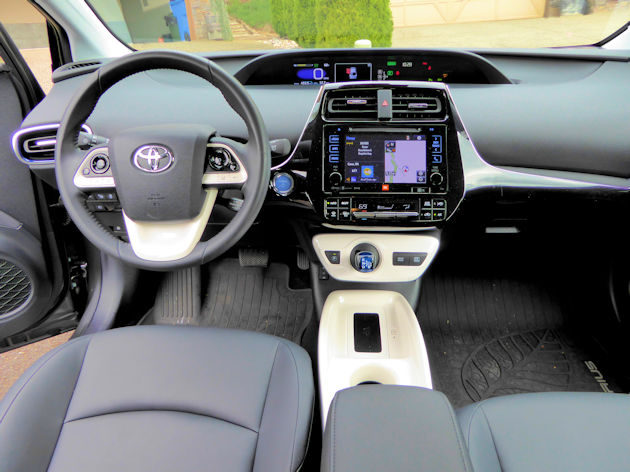 We like the dash layout with the instruments centered high on the top of the dash above the center stack. Aesthetically what we didn?t like is the white accents on the center console and doors. Barb thought the material was nice but that the color contrasted too much with the black interior and looked like a cheap aftermarket installation. 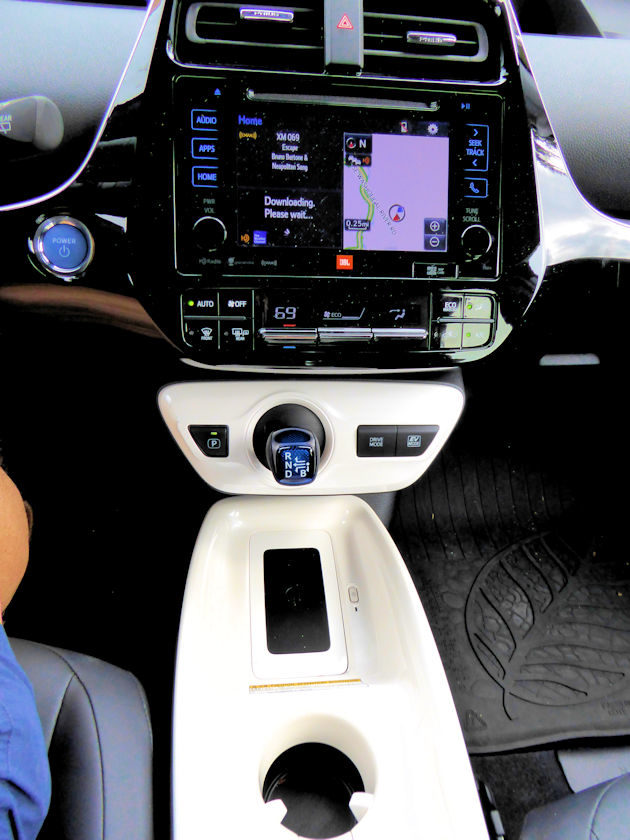 The battery is charged by a regenerative brake system that switches the motor into a generator to recover kinetic energy of the still-turning wheels as electrical power, which is then stored in the hybrid battery. The battery sits under the rear seat, helping maintain a spacious 27.4 cubic feet of cargo space in the 4 Touring model we drove. 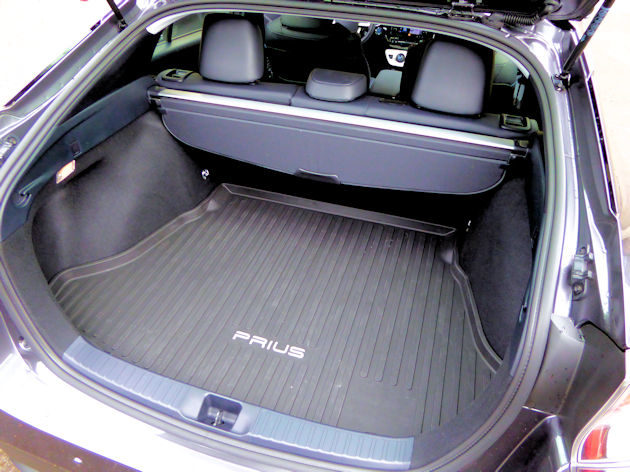 A product of extensive wind tunnel testing and development, the new Prius four-door liftback has one of the industry?s lowest coefficients of drag ? 0.24 CD. It also has grille shutters that close to improve aerodynamics when the extra air flow is not needed. That allows it to slip through the air more easily using less fuel.

The new shifter is conveniently positioned in the bottom of the center stack making it easy for the driver to reach. Putting the car in ?Park? requires simply pushing a button to the left of the shifter. The driver can also switch between Normal and Power driving modes to best meet the driving conditions. We appreciate the transmission?s ?B?, for braking, mode which works like engine braking, which was handy for us to help maintain a legal speed when descending the long steep hill coming from our house. It also helps charge of the battery.

The Hybrid Drive has an EPA fuel economy rating of 54 mpg city, 50 mpg highway and 52 mpg combined, so the 51.2 mpg we averaged was right on target, if Barbara had been driving, the number would likely be several MPG higher. For others who want even better fuel economy the Prius Two Eco model gets EPA ratings of 58/53/56 mpg by leaving out some features to cut weight and further optimize aerodynamics. 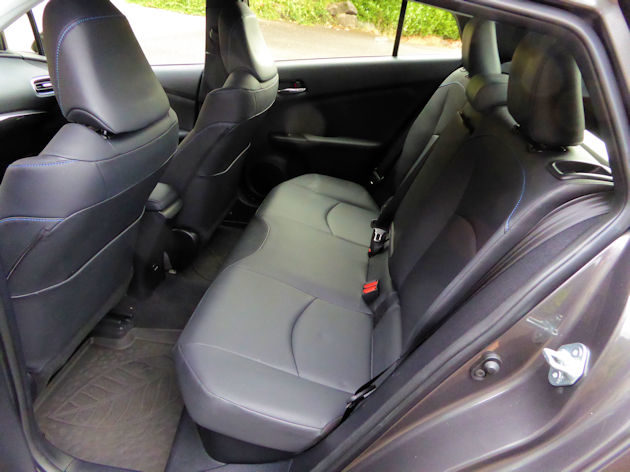 A second generation of the Prius plug-in, called the Prius Prime, was just introduced. It is expected to have a 600-mile range, a 120 MPGe (miles per gallon equivalent) and 22-mile range in the EV mode.

We admit to being spoiled by all the new technologies in the new cars, and frankly when we have to buy a new car, some of the features on our ?must have? list include blind spot warning, active cruise control, rain-sensor wipers, easy-to-use navigation and a few other little bells and whistles. The Prius 4 Touring model we tested, had all of those and many more.
Safety is paramount, and the Prius has an extensive selection of equipment including the new Toyota Safety Sense P, a package that includes automatic pre-collision braking with Pedestrian Detection; Lane Departure Alert with Steering Assist; Full-Speed Dynamic Radar Cruise Control, and Automatic High Beam headlights. 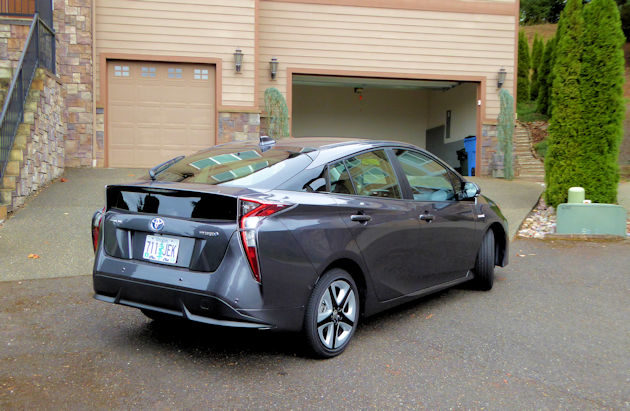 When we know we?ll be spending a great deal of time in a car, we download an audio book into Bill?s phone. We find that the books make the travel time go by quickly. The Prius Bluetooth was easy to link to for the audio connection. The Entune Audio System in the Prius is easy to use and produces a good sound both for the audio books and for Barbara? favorite Sirusly Sinatra Sirius XM Satellite Radio station. The comprehensive system in our test car included a 7.0-inch touch-screen display, JBL Audio, navigation, AM/FM CD player, a variety of input connections including Bluetooth?, Siri??Eyes Free mode and an integrated backup camera display. It even has an available wireless charging system.

The 2016 Toyota Prius comes in six variations: Two, Two Eco, Three, Three Touring, Four and Four Touring. Prices ranges from $25,550, including the destination charge, for the Prius Two and go up to $30,880. The fully-loaded 2016 Toyota Prius 4 Touring model with all the available options can top out at just over $33,000.

A week in the 2016 Toyota Prius 4 Touring left us very impressed. It?s a good travel car and the fuel economy is amazing. Right now would be a great time to shop for one with the model years changing, we expect if you can find one at your local dealer, there?s likely to be a nice discount. 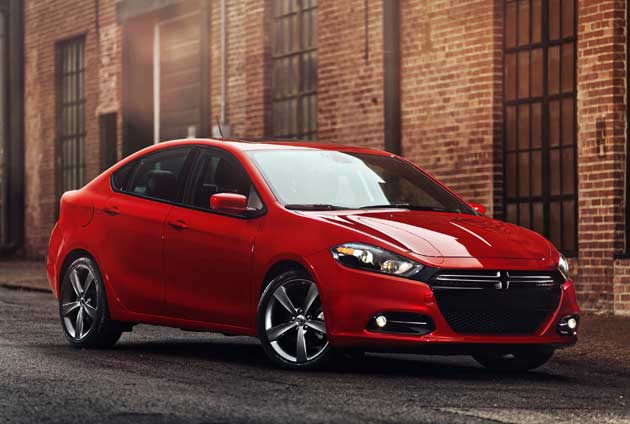