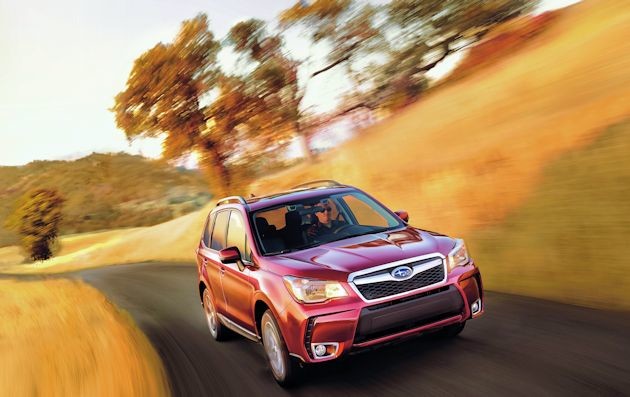 By Barbara & Bill Schaffer
When you live in the Pacific Northwest there are several things that become common place, like drizzly skies, snow-capped volcanic peaks, lush green forests and Subarus.

Most of the people who live here tend to have active outdoor lifestyles and they generally drive a vehicle that allows them to take advantage of all the natural wonder and challenging conditions that surround them — sometimes at a moment?s notice. When nature calls, it nice to have a vehicle that is always ready for the trek and that?s why so many of the cars we see are Subarus.

A Subaru is well suited for this environment because they are all all-wheel drive (with the exception of the rear-wheel drive BRX sport car), they have a high ground clearance and lower center of gravity. It also helps that the Subaru has a reputation for durability. 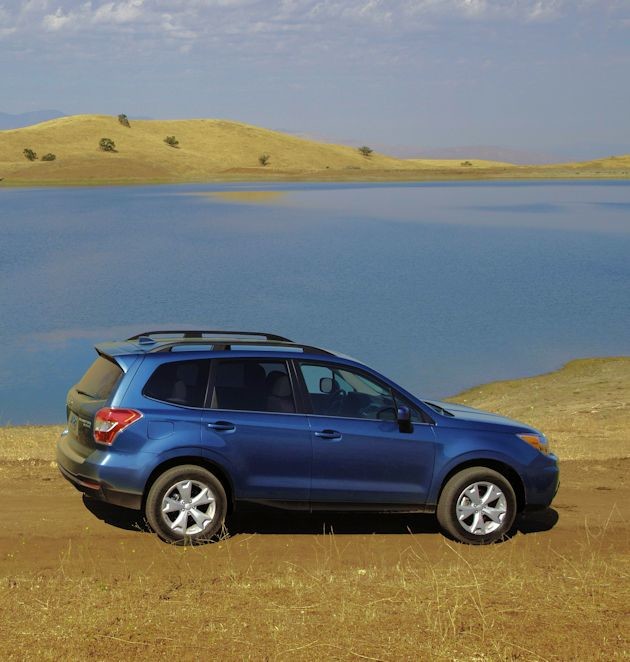 The most popular of the Subaru lineup is the Forester, which makes up about 30 percent of the company?s sales. It?s the only one of the seven available Subaru models that has the more traditional boxy crossover SUV look. The other Subaru models look more like sedans and wagons that just happen to have the same rugged attributes. 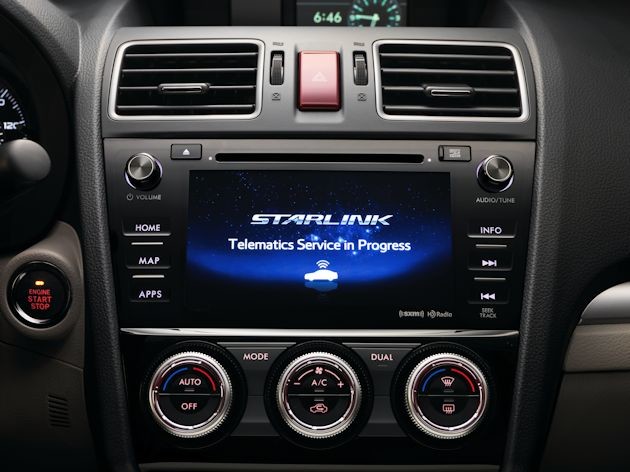 The 2016 Subaru Forester is in the third model year of the fourth-generation and it gets some important safety and security enhancements. Included on all trim levels, the Subaru Starlink? system includes SOS Emergency Assistance, enhanced roadside assistance, automatic collision notification, maintenance notification, monthly vehicle health reports and diagnostic alerts when the system detects a potential problem. In addition it provides the vehicle owner with a Stolen Vehicle Recovery Service, Vehicle Security Alarm Notification, Remote Lock/Unlock, Remote Horn and Lights and Remote Vehicle Locator.

Starlink also includes an infotainment system and provides the passengers with a full range of services like music, news, weather, podcasts, audio books and a variety of other multimedia content. It uses a seven-inch (6.2-inch in the 2.5i) multi-gesture touch screen mounted in the center stack. The screen is mounted a little bit lower than we like because it requires taking your eyes off the road to use. 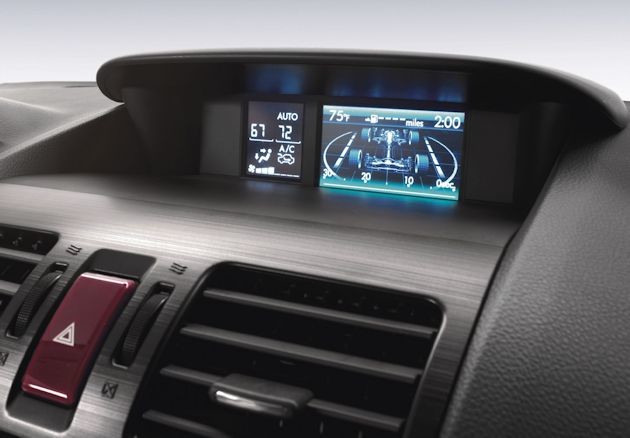 There are also two smaller screens on top of the center stack under a visor on the dash which display climate control settings, vehicle functions and the trip computer. . 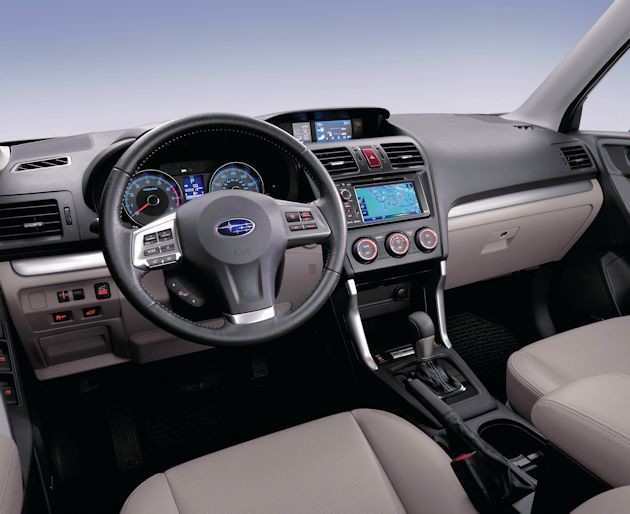 Optional on all trim levels is one of the best safety and convenience bargains we?ve found on any car. The $1,895 package includes Navigation, EyeSight? and the All-Weather Package. EyeSight adds adaptive cruise control, pre-collision braking, lane departure warning and steering responsive fog lights. The fog lights are pre-aimed and light up in the direction the driver turns the steering wheel. The all-weather package adds heated front seats and side mirrors and a windshield wiper de-icer. One missing feature on the 2016 Subaru Forester is a blind spot warning system. It?s available on most of the other models, and we imagine it will be added to a future Forester in 2017.

The 2016 Subaru Forester styling and mechanicals are mostly unchanged. The 2.5i Premium trim we tested is powered by a 170-hp 2.5-liter Boxer? four-cylinder engine which has horizontally-opposed cylinders, instead of the traditional up and down movement used by the pistons in most four cylinder engines. This configuration is light weight and keeps the engine mass low, providing a lower center of gravity. The 2.5i accelerates from 0 to 60 mph in 8.4 seconds according to buff magazine tests. EPA fuel economy is estimated at 24 mpg city, 32 mpg highway and 27 mpg combined. We averaged 26.9 during our test week. 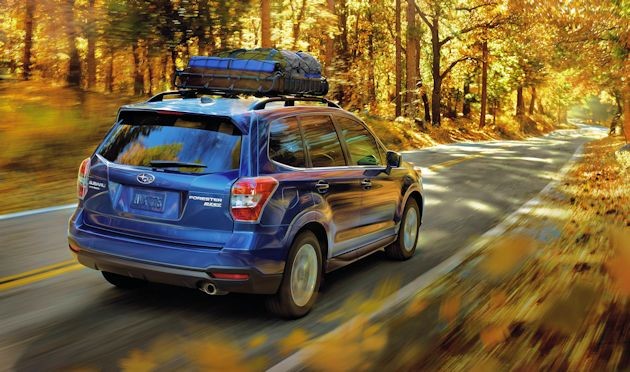 The 2016 Subaru Forest is available in six trim levels: 2.5i, 2.5i Premium, 2.5i Limited, 2.5i Touring, 2.0XT Premium and 2.0XT Touring. The two XT models are powered by a 250-hp 2.0-liter DOHC intercooled/turbocharged four-cylinder Boxer engine. The 0 to 60 mph acceleration times are significantly better at 6.3 seconds.

We have often expressed our dissatisfaction with CVTs (Continuously Variable Transmissions) in general, but the Subaru Lineartronic? CVT is one that we are comfortable with because it simulates a six-speed automatic, thereby eliminating the rubber-band like feeling that normally comes from a CVT when the engine revs and the transmission seems to be trying to catch up. The CVT in the XT models simulates an eight-speed automatic. A six-speed manual is standard equipment on the base 2.5i trim. 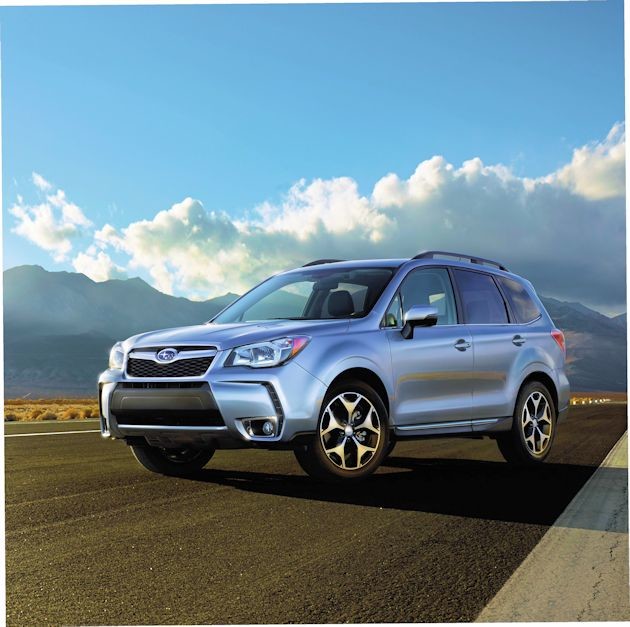 The Forester handles more like a sedan than a typical crossover when running it through the winding mountain roads near our home. It stays flat in the corners and keeps all four wheels on the road, even on sharper hairpin corners. The steering goes where it?s pointed with just the right amount of effort and the brakes maintain a solid pedal. 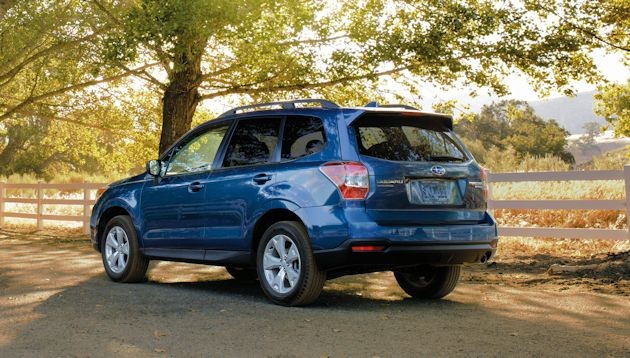 It?s easy to see why the Subaru Forester is so popular with people in the Northwest (and North East). It?s an excellent all-weather vehicle that performs well in all conditions and provides a safe comfortable environment for its passengers. 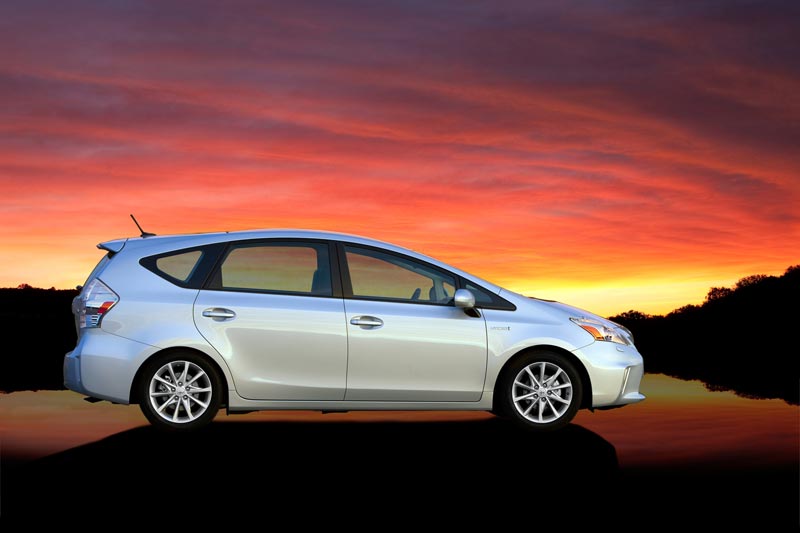