By Barbara & Bill Schaffer
Toyota introduced the Scion brand nationally in 2004, but out of the six models it?s produced since then, there has never been a sedan, until now

Meet the first Scion sedan, the 2016 Scion iA. It actually shares its platform, mechanicals and a bunch more with the Mazda 2. The subcompact Scion iA competes with cars like the Chevrolet Spark, Honda Fit and Ford Fiesta.

As the entry-level model, and least expensive, of the present Scion lineup of five cars, the iA comes in one trim level, with a choice of manual or automatic transmission and in seven colors. It doesn?t get much simpler than that. Scion calls this configuration ?mono-spec?. It?s actually a car that could be sold out of vending machine, or easily ordered from Amazon.

The 2016 Scion iA has a base price of $16,495, including the destination charge — that?s for a six-speed mono-spec model. With a six-speed automatic transmission, the price is $17,595. Imagine, just slipping your credit card into the slot and your new iA is waiting at the curb. And if your credit card has a high rebate, you might get enough back to pay for the fuel for the first year.

Sure, many automotive critics may take shots at the iA for its ?lack of?? this or that, or its perceived performance and handling shortcomings, but they tend to do that for all cars that don?t perform at super car levels. But with the Scion iA, there is no argument about value.

The standard equipment list for such an inexpensive car is impressive, however. It has features like push-button start, keyless entry, pre-collision safety system and seven-inch multimedia system with voice recognition. The windows are power, it has air conditioning, cruise control and just like many of the luxury cars, it has a large dial on the console to duplicate some touch screen functions.

Also included are is Bluetooth, steering wheel mounted audio controls, rear-view camera, Pandora?, Aha? and Stitcher audio sources along with USB and power outlets. The only real option is a $419 SD card that adds navigation to standard seven-inch color touch screen.
The Scion iA looks good. The styling is aggressive with the large mouth-like family grill leading the way, flanked by almost sinister looking eyes ? okay, they are actually headlights. The body is raked forward adding to the forceful stance and it even has reasonable sized 16-inch alloy wheels ? no hubcaps here.

The interior looks richer than the price would indicate. There?s stitching on the dash, carbon-fiber looking trim panels and lots of soft-touch surfaces. It seats five, actually more like four and one-half. The front seats are stylish buckets with a good range of adjustments, and the steering wheels is a tilt and telescoping model with a variety of controls on the face. The rear seat back is split 60/40 and expands the 13.5 cubic feet of cargo space when needed. The seats are any color you want as long as it?s a two-tone black and dark blue cloth.

Under the hood is a 106-hp, 1.5-liter four-cylinder engine. It has direct injection and a double overhead cam. This is one of the smallest engines we?ve driven in recent years, still one of the buff magazines says it makes the 0 to 60 mph acceleration run in 9.0 seconds. The car feels spunky and agile though, thanks in part to its low 2,400-pound weight.

The body feels solid and it does a good job of handling corners in the mountains we drive test cars on in Southern Washington State.
It?s a great starter car or an inexpensive commuter or running around town car. Actually the Scion iA is a couple of steps up from what we used to call stripper or hallow cars. It?s hard to find a better value than this. 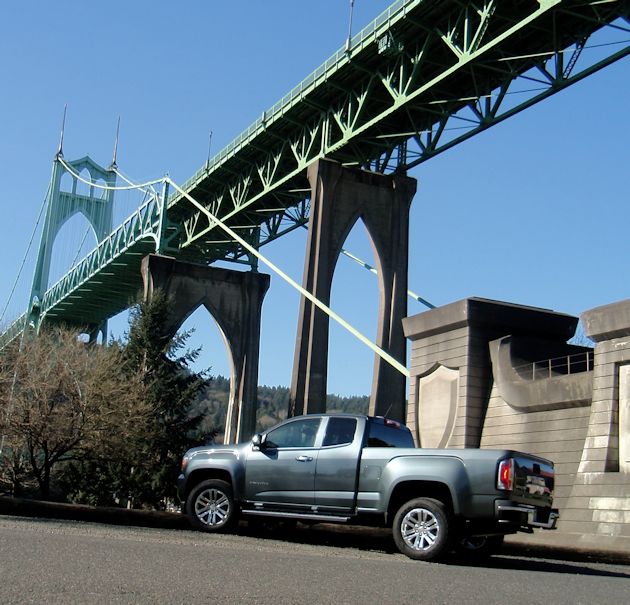