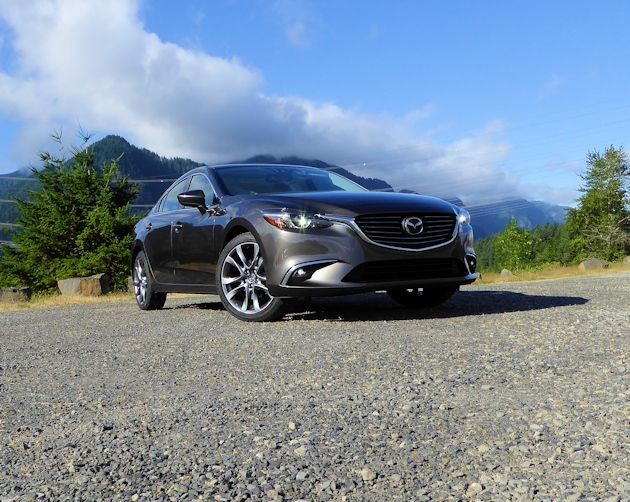 Sometimes lost in the skirmish between Camry, Accord, Altima and nearly a dozen others, the Mazda6 is often overlooked by mid-size sedan shoppers, however its distinctive styling and state-of-the-art engineering make it one of the best choices.

All-new in 2012 the Mazda6 is the flagship sedan of a brand that has been going through an interesting evolution that sounds almost spiritual or Zen like when you hear Mazda representatives speak of Skyactiv? technology and KUDO ?Soul of Motion? design. The designs are fluid, simple and elegant, and the mechanics and technology seem to flow together. 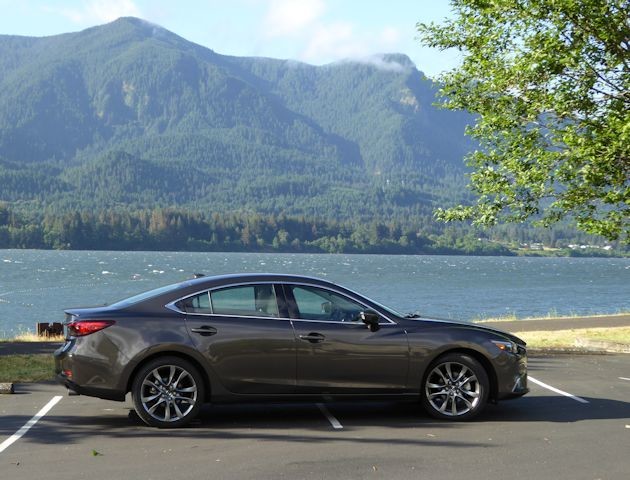 The 2016 Mazda6 has head-turning design elements that are staying fresh and technological elements that have earned it top ratings from most reviewers and consumer magazines. Jim O?Sullivan, president and CEO, Mazda North American Operations, said ?To say we?re dedicated to making the best cars we can is an understatement. We?ve taken a car already at the very top if its game, the very best car in the segment, and we?ve made it even better.? 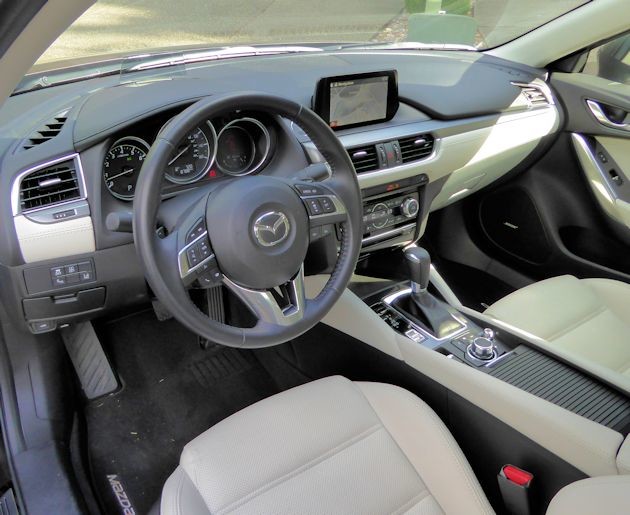 For 2016, the mid-size sedan gets a variety of changes and updates including a redesigned instrument panel and floor console complete both with tighter gaps to enhance the quality look and feel. The hand brake is replaced by a new electronic parking brake, the color touch screen is increased from 5.8-inches to 7.0-inches and all models get the Mazda Connect? infotainment system. 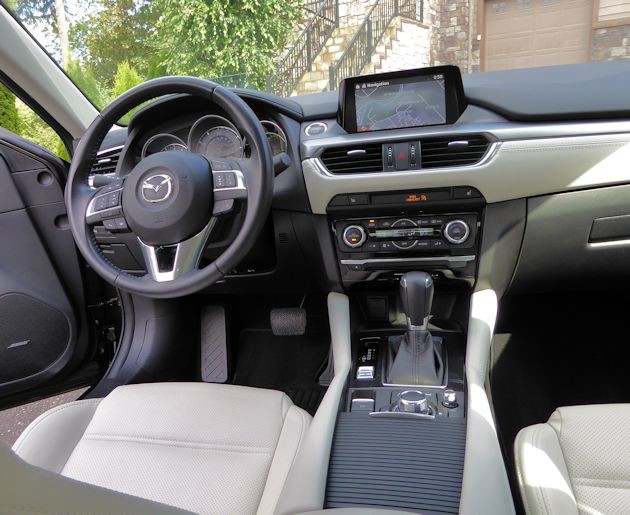 The interior is the essence of simplicity, with a splash of elegance. Controls are well placed for good visibility and ergonomics. The steering wheel is faced with large well positioned control buttons for cruise control, audio and communications functions making them easy to use without the driver having to reach away from the steering wheel. The center console has a control knob that operates the navigation, phone, and vehicle setup and offers redundant audio controls 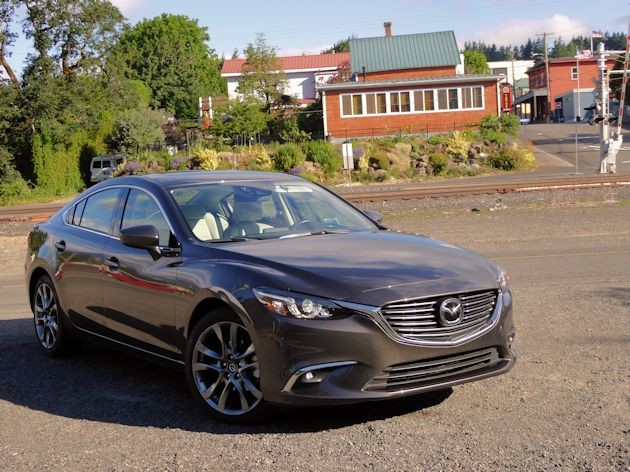 Outside there is a new grille and signature wing design and the GT gets LED headlights and taillights. We still aren?t certain what the KODO ?Soul of Motion,? means, but it certainly translates to beautiful lines on the Mazda6. From the new version of the trademark family grille, over the long hood and exaggerated front fenders to the clean lines and sweeping roofline the body flows back to the broad rear end treatment. The car is striking to see on the street and it has a styling that should stay fresh for a long time. 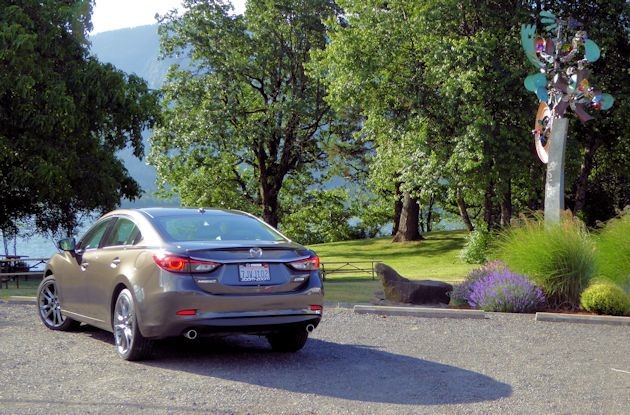 The Mazda6 was one of the first models to get the Skyactiv technology. The concept includes a broad conglomeration of technologies encompassing the engine, transmission, body and chassis, which combine into one confluent system. 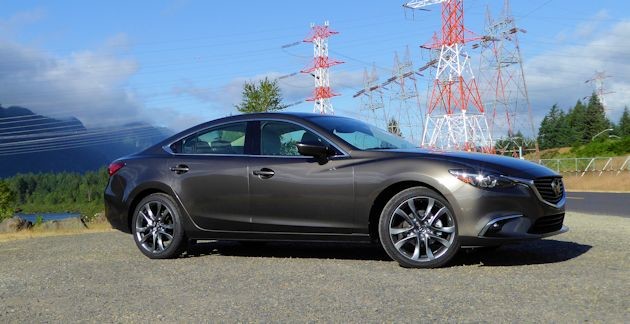 The Skyactiv 2.5-liter engine is highly efficient and uses an exceptionally high 13:1 compression ratio for a gasoline engine along with reduced friction technologies and reduced weight. The new Skyactiv four-cylinder engine is good for a 7.0 second 0 to 60 mph. In a time when fuel economy is often more venerated than performance the new Skyactiv shines with an EPA rating of 28 mpg city and 40 mpg highway with the six-speed automatic transmission. We actually averaged 33.2 mpg during our time behind the wheel. As automotive journalists we?d be remiss not complain about the lack of a more powerful V-6 engine option, but we expect 90 percent of the shoppers will be perfectly happy with the Skyactiv four-cylinder. 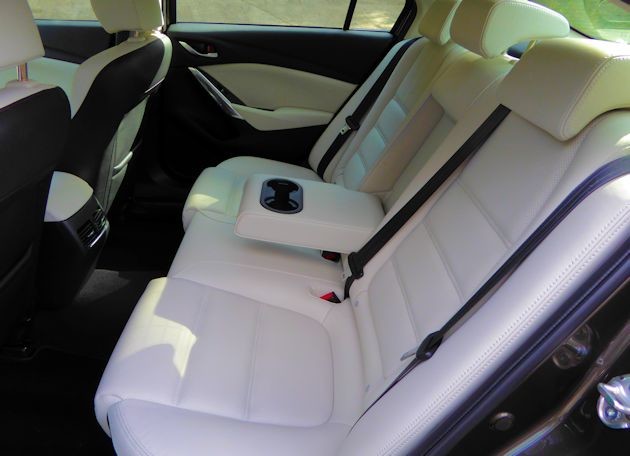 Skyactiv promises a full package of vehicle dynamics for the Mazda6, and that?s exactly what is delivered. The car is amazingly well balanced and it handles beautifully with solid, precise control — where you want to go, the car goes. It addition, it stops quickly, has a tight turning radius and it does everything without beating the passengers with a harsh ride. With the exception of straight-line performance, the Mazda6 seems to do everything just right. Moreover, when a car performs this well it?s easy to overlook a little slower acceleration. 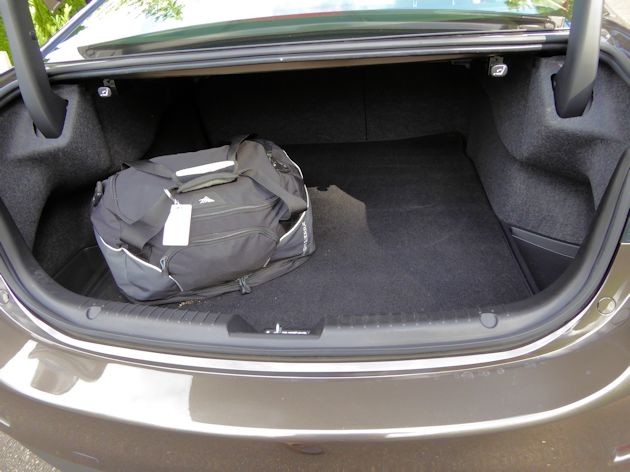 The Mazda6 is offered with a choice of six-speed manual transmission or six-speed automatic. Both are products of the Skyactiv technology, too, and are equally impressive. The automatic transmission has standard steering wheel mounted paddle shifters on the iGrand Touring version. 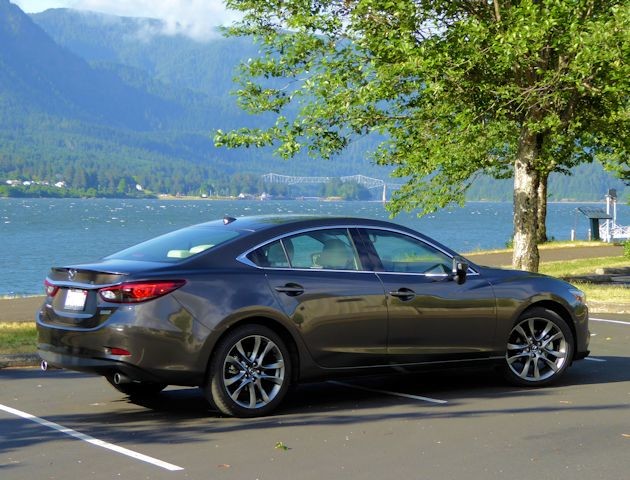 The front-wheel drive 2015 Mazda6 is offered in three trim levels including iSport, iTouring and iGrand Touring with base prices ranging from $22,315 for the iSport with manual transmission up to $31,015 for the iGrand Touring with the automatic transmission. The iGrand Touring model has an available technology package ($2,180) which adds Mazda Radar Cruise Control, Smart Brake Support, i-ELOOP Regenerative Engine Braking System, Lane Departure Warning System, High Beam Control and Active Grille Shutters.

The 2015 Mazda6 promises a great deal of advancement because of its Skyactiv technology, and it delivers on all counts. The car is impressive from the minute you see it and slide behind the wheel, then it continues to deliver with impressive drive dynamics. The Mazda6 has received rave reviews from the media, and we couldn?t agree more. 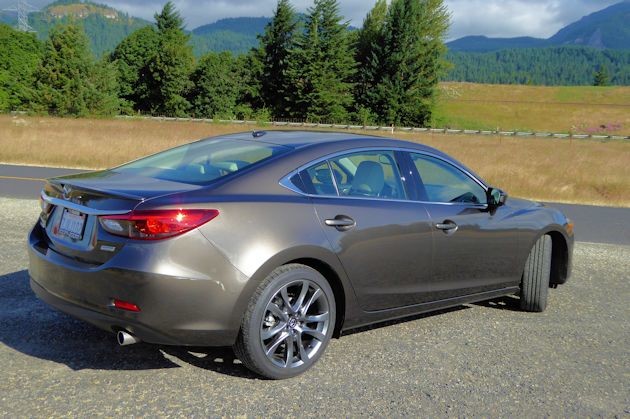 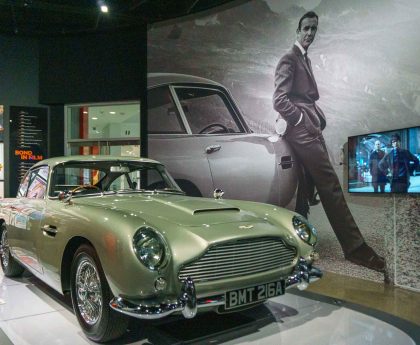 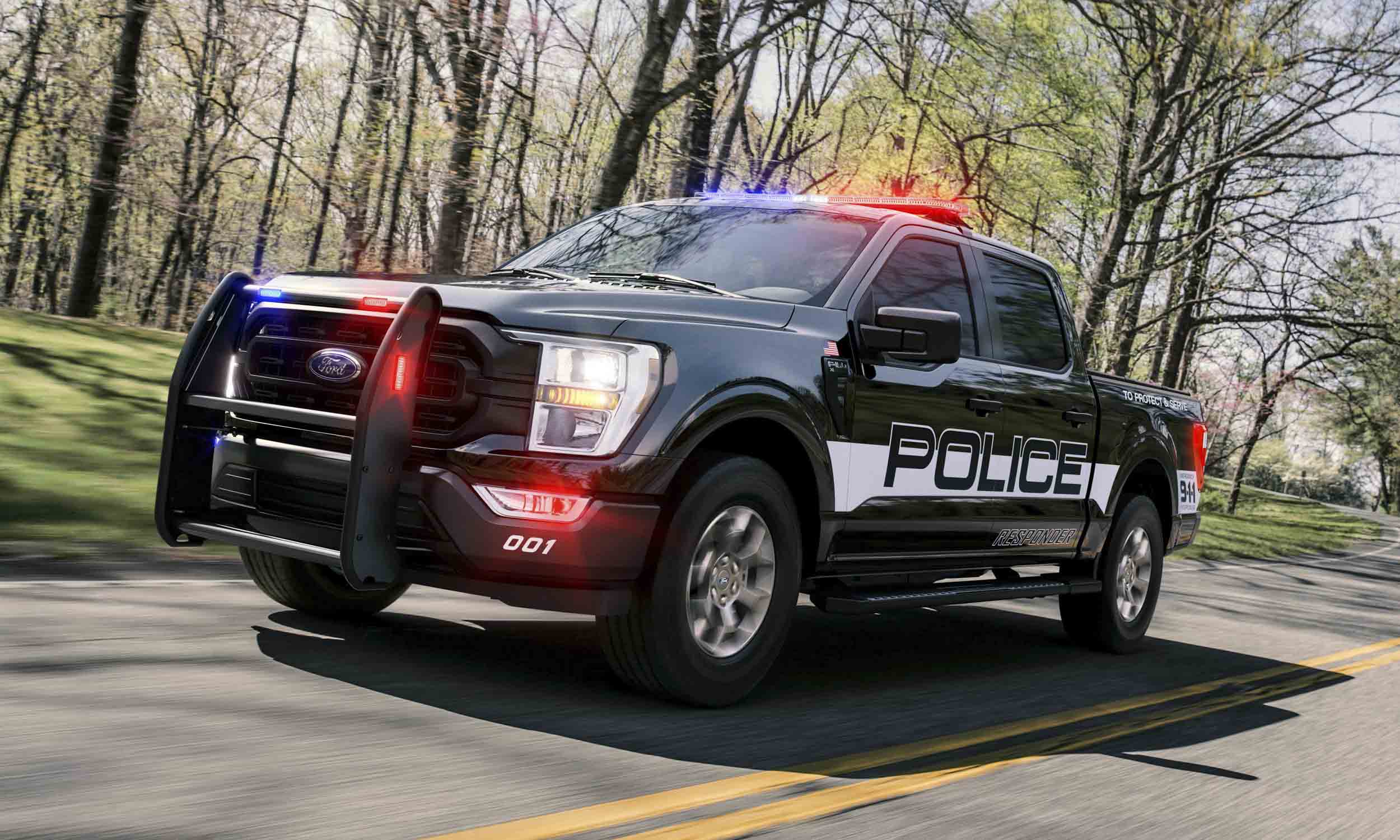