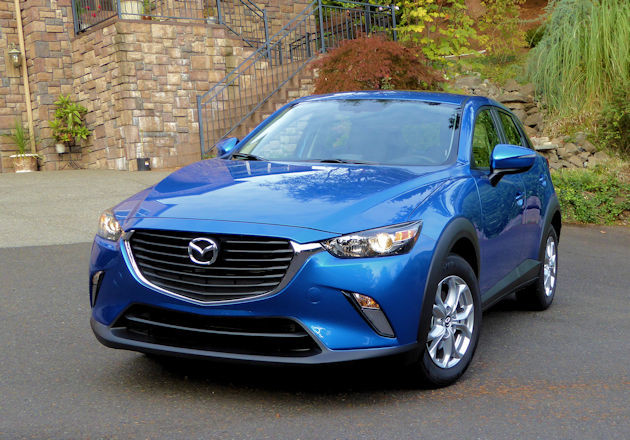 Unlike many brands that have dozens of models in their lineup, hoping to appeal to every nook and cranny of the automotive market, Mazda has only seven. With the upcoming introduction of the new generation CX-9, all seven are a product of the KODO?Soul of Motion design school and are outfitted with Mazda?s signature SKYACTIV Technologies.

Initially, KODO and SKYACTIV may seem like labels the company is using to make their cars sound a bit esoteric, but in real life, they work. The KODO designs are bold and sophisticated ? one look at any of the seven Mazda models and you?ll have to agree they look impressive. We?re not sure how noted automotive design critic Robert Cumberford would rank them, but we think the seven together make a good looking family portrait. 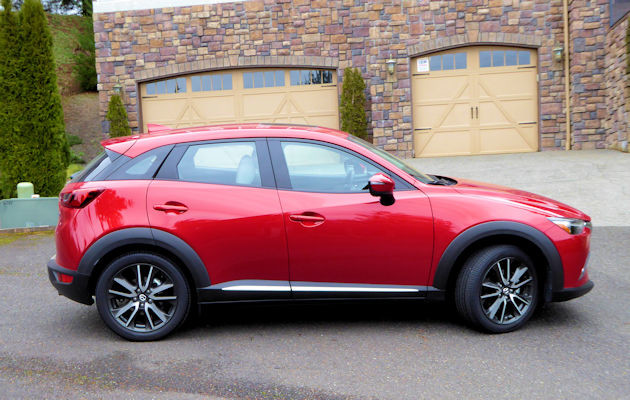 The SKYACTIV is a little more difficult to define because you can?t just stand back and look at it. Plus, we confess not totally understanding the technicalities. In print Mazda defines it like this:

Our philosophy is that if it’s not worth driving, it’s not worth building.? ?So in our quest for better environmental performance, our goal was to reduce fuel consumption and emissions without compromising driving performance. To get there, we started with a clean sheet of paper and engineered every major component of the automobile to work together in efficient harmony.
In practice, or when you actually drive a SKYACTIV, it starts to make sense. SKYACTIV means synchronizing all the vehicle elements from chassis to body to suspension to the drivetrain. 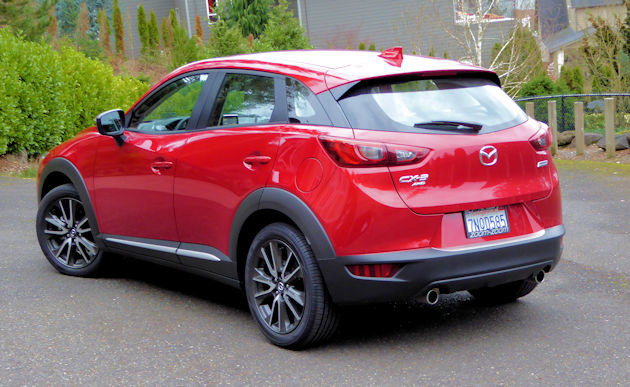 The cars are not hot rods, but they have very good performance characteristics, especially considering the engines are all small displacement four-cylinder naturally aspirated (except for the upcoming larger CX-9, which has a 250-hp turbocharged 2.5-liter four-cylinder engine), And in keeping with their Mazda SKYACTIV philosophy, they all get very good fuel economy, often better than the EPA estimates. 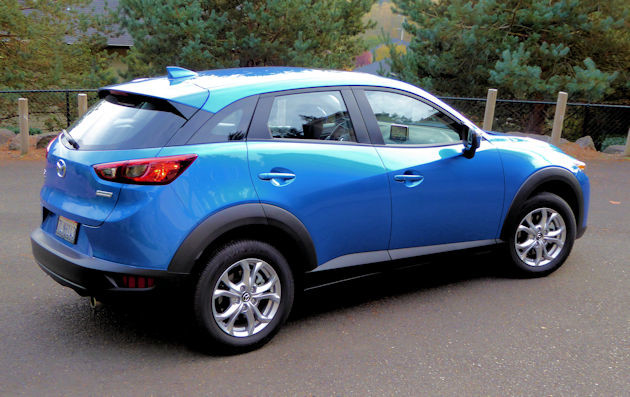 Mazda?s most comprehensive representation comes in the crossover and SUV segment where the CX-3, CX-5 and CX-9 represent the small, medium and large of the groupings. The CX-9 arrives at dealerships this summer (2016), so we haven?t driven it yet, but you can read about it at http://www.2016mazdacx9.com . We have driven the 2016 versions of both the CX-3 and CX-5 during the last couple of months and we think they are class leading in design and execution.

The 2016 Mazda CX-3 design goes far beyond the typical small and cute of the typical petite vehicle. The CX-3 has a bold sophisticated look and a more mature feeling when you drive it. The proportions fit so that every element looks as if it belongs, and was not an afterthought.

The interior has a similar refinement with clean simple lines, well-placed controls and an interesting use of color accents including multi-colored cloth, leatherette and leather seating. The interior is filled with soft-touch surfaces which added to the tailored feel. Gauges and controls are intuitively placed so it feels familiar from day one. 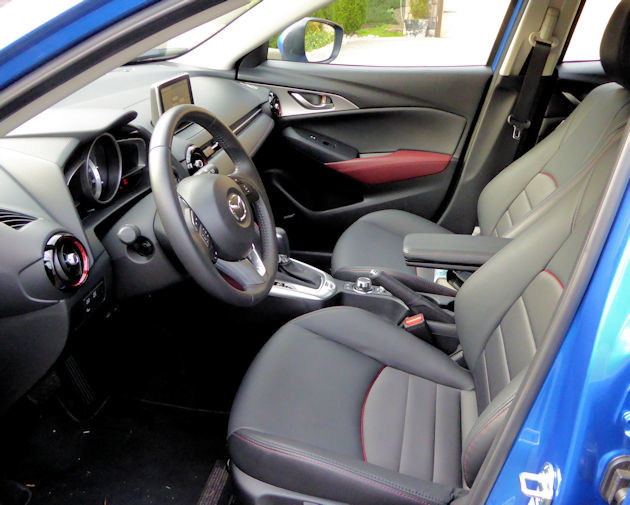 Some critics had complained about the infotainment screen that?s mounted on the top of the dash above the center stack, saying it looks like an aftermarket system. We think it looks good and has excellent functionality; the driver only has to make a slight sideways glace to see the seven-inch screen. We also like the nicely placed Commander controls located on the center console, just where the driver?s hand falls naturally. 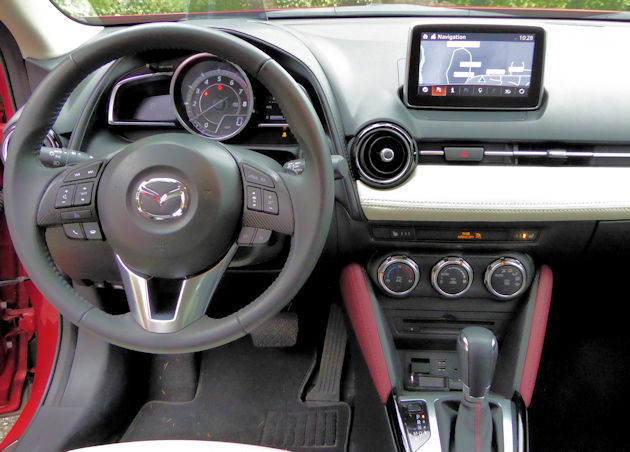 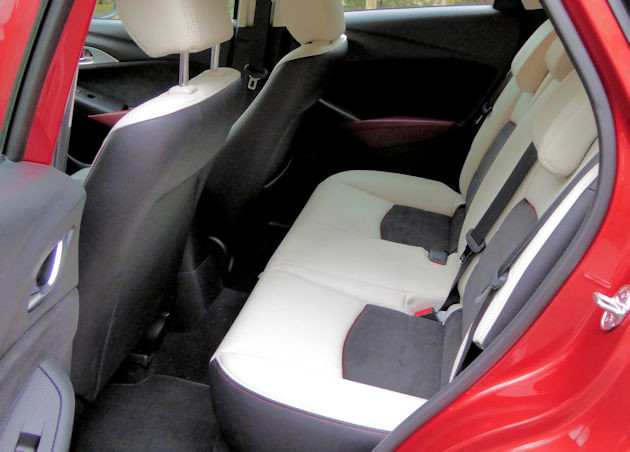 The heart of the Mazda CX-3?s SKYACTIV system is a peppy 146-hp 2.0-liter four-cylinder engine. That might not seem like much power, but that?s average among competitive vehicles. A 0 to 60 mph acceleration run will take 8.1 seconds according to one buff magazine, and it has a top speed of 120 mph. The all-wheel drive version has an EPA fuel economy rating of 27 mpg city, 32 mpg highway and 29 mpg combined. We actually averaged 30.3 mpg according to the trip computer. 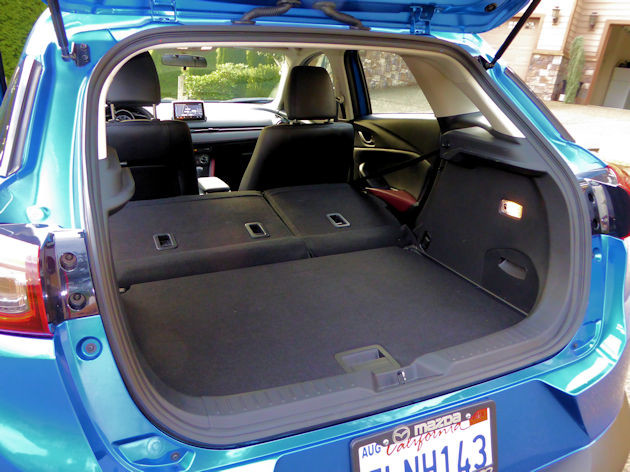 The Mazda transmission that ?works in harmony? with the four-cylinder engine is a smooth six-speed automatic, which we much prefer to the CVT (continuously variable transmissions) that is common in smaller cars. The Grand Touring trim level even adds paddle shifters to give the driver better control.

All the 2016 Mazda CX-3 trims have standard front-wheel drive (FWD) with all-wheel drive as a $1,250 option. The Mazda i-ACTIV AWD is the industry?s first predictive system. It reads everything from the temperatures to a multitude of vehicle sensors to determine direction and available traction and then instantly routes the power to the wheels with the best traction. 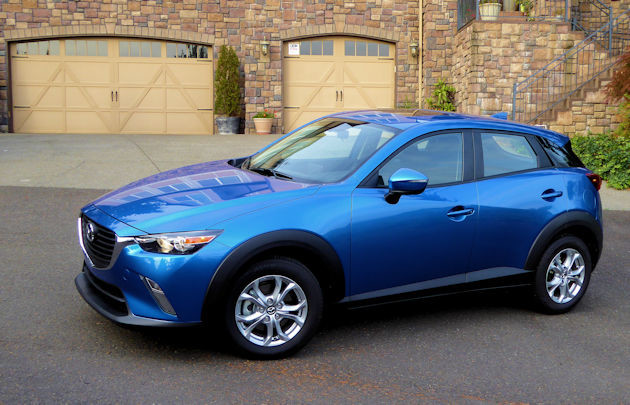 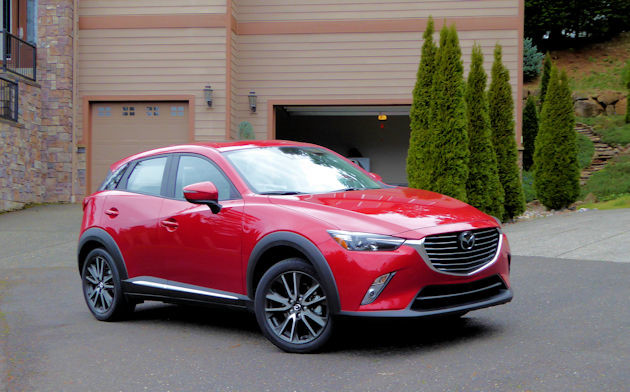 Looking at the competition, which includes vehicle like the Honda HR-V, Jeep Renegade and Chevrolet Trax, we think the Mazda CX-3 earns the top spot for its sophistication, performance, styling and value.
Watch for our upcoming review of the slightly larger 2016 Mazda CX-5. 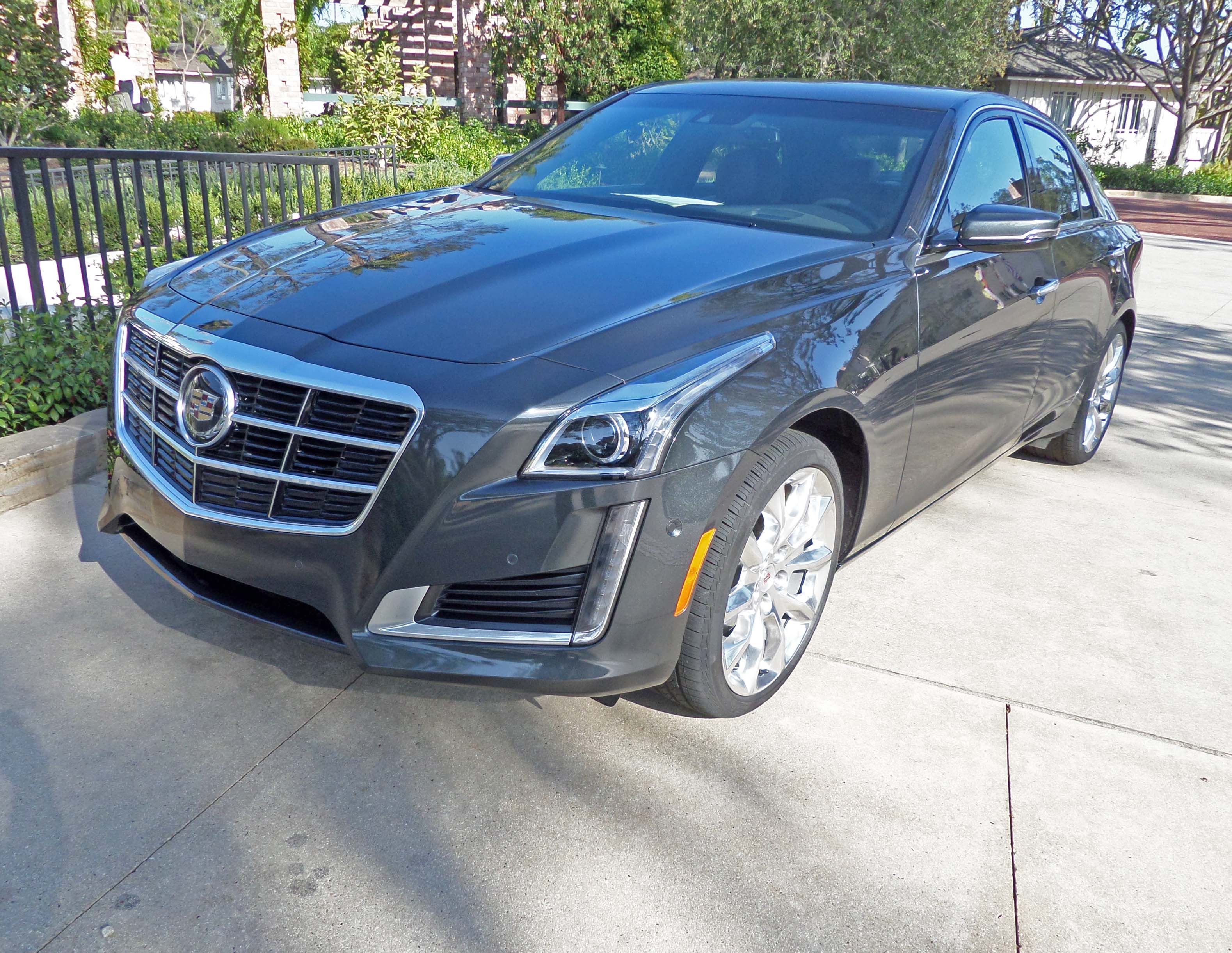