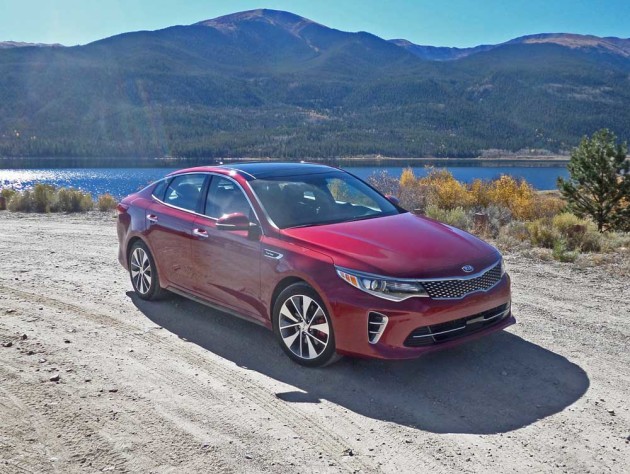 Aspen, CO – The Kia Optima ranks as the Korean auto manufacturer?s best-selling nameplate, and the 2016 Kia Optima features a passionately designed vehicle with a European exterior styling influence, along with an enhanced and refined interior. The quality of the ride and handling characteristics has also been improved. The design of this latest Kia Optima took shape under the guidance and influence of Kia?s president and chief design officer, Peter Schreyer with the focus on modernity and styling cues that maintained cues that would be instantly recognizable as a member of the Kia stable. The new Kia Optima will be available in five trim levels ? LX, Lx 1.6T, EX, SX, and SXL, all built in Kia?s West Point, Georgia plant. 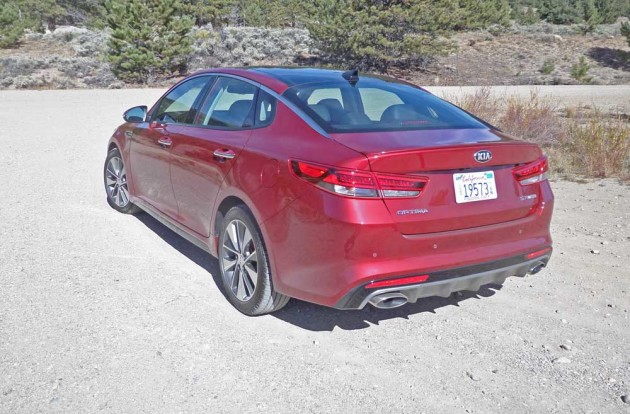 The all-new Kia Optima displays a bold image with functional and sporty attributes featuring exterior dimensions that are longer, taller and wider. The wheelbase has been extended to 110.4 inches, and the vehicle has been widened to 73.2 inches. The changes allow for a roomier and more comfortable cabin with increased headroom, shoulder room and rear seat legroom. The enhanced dimensions also deliver more cargo capacity in the trunk to 15.9 cu.-ft.

The athletic front end stretches the sheet metal tightly over the wheel arches, and the swept-back headlights extend into the fenders. On the SX and SXL trims, Kia?s signature tiger-nose grille is composed into a pinpoint design that strongly resembles Kia?s luxury sedan, the K900. The all-new Optima introduces Kia?s first application of Bi-Xenon HID headlights with available Dynamic Bending Lamps, which illuminate the tarmac around corners, and High Beam Assist.

In profile, the greenhouse silhouette emphasizes the raked A-pillar and sweeping C-pillar that lend the Optima its sport-sedan form. The pronounced rear quarter windows kick up just ahead of the rear fenders.

The all-new Optima incorporates a raised deck lid, and the use of available LED halo-style taillights reflects that of the Cadenza premium sedan. 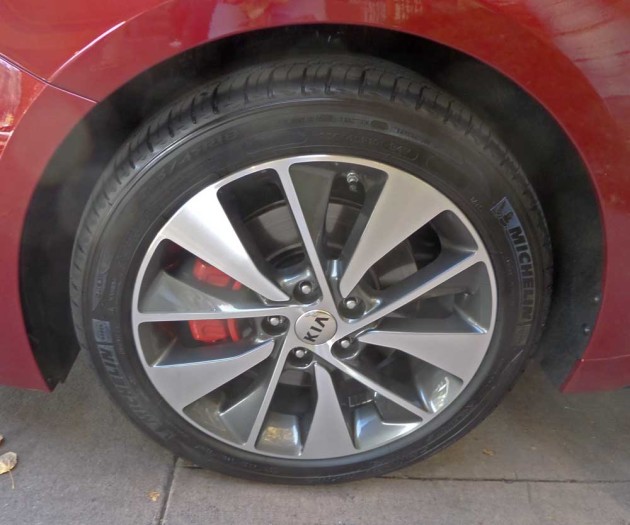 The 2016 Kia Optima rides on alloy wheels ranging from 16 to 18 inches, with four new unique wheel designs, depending upon trim level.

Moving to the interior, the cabin is well-appointed, with upscale features. The Optima benefits from more soft-touch materials throughout the passenger compartment. Optima?s cabin is crafted focusing on detail and features, such as real stitching along the dash and doors, complemented by tasteful metallic accents, that varies by trim level. The driver-oriented cockpit is simplified with a cleaner, more unified design than before. A stronger horizontal plane and a wider center console help to generate a greater sense of space. Kia?s ergonomics are markedly improved by grouping and reducing the number of functional keys and buttons. 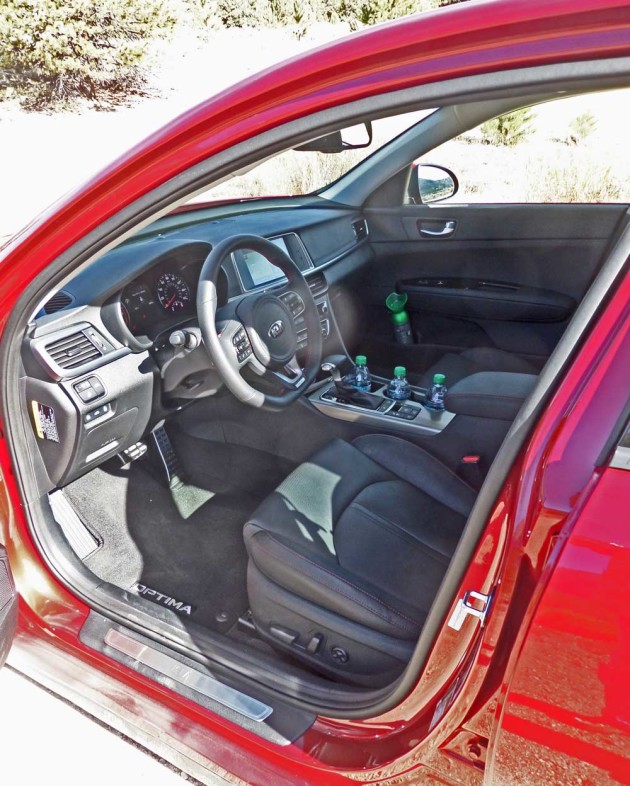 The interior design team also paid particular attention to seat comfort, with: a stiffer seat frame; soft foam in the headrest and upper back, and denser, more supportive foam in thigh-support areas along with deeper side bolsters. For added comfort and convenience, heated and ventilated front seats are available with power adjustable driver and front passenger seats. The new Optima also offers a height-adjustable front passenger seat. Depending on trim level, seats are covered in cloth, leather or luxurious Nappa leather trim. 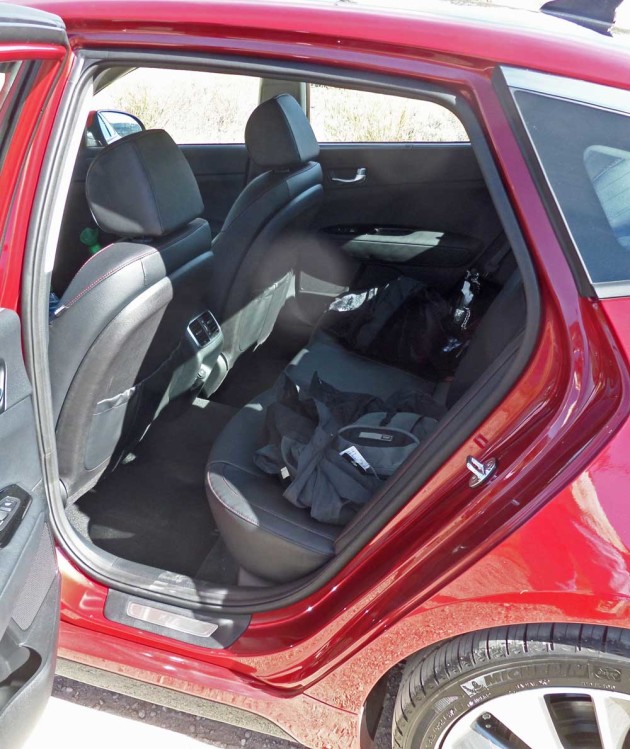 Kia?s UVO connectivity system, comes standard with four additional eServices not previously available on Optima: Geo-fencing, Speed Alert, Curfew Alert and Driving Score. Additionally, Optima is Kia?s pilot vehicle for the introduction of Android Auto? and Apple CarPlay? (late availability), allowing drivers to access a suite of core functions from their smartphones. After connecting their smartphone to the head unit via the vehicle?s front USB port, the 8-inch touchscreen screen displays the smartphone?s most important features. Core functions including music (new SoundHound app), messaging, navigation and voice calls are available via the screen, the steering wheel or via voice command. Kia is one of the first to deliver this technology, which is available for select Android phones operating with Lollipop or Apple phones operating with iOS8.X or higher. 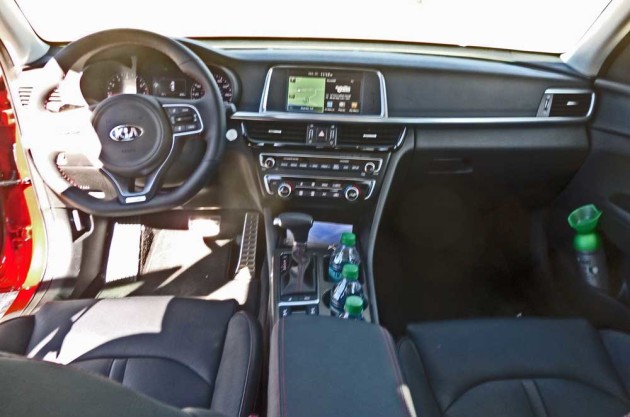 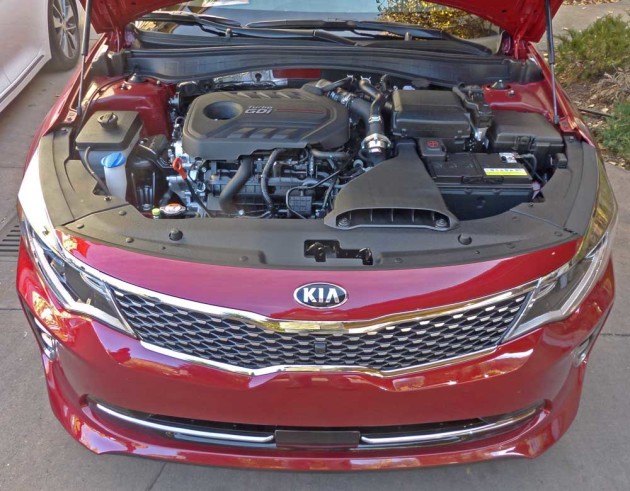 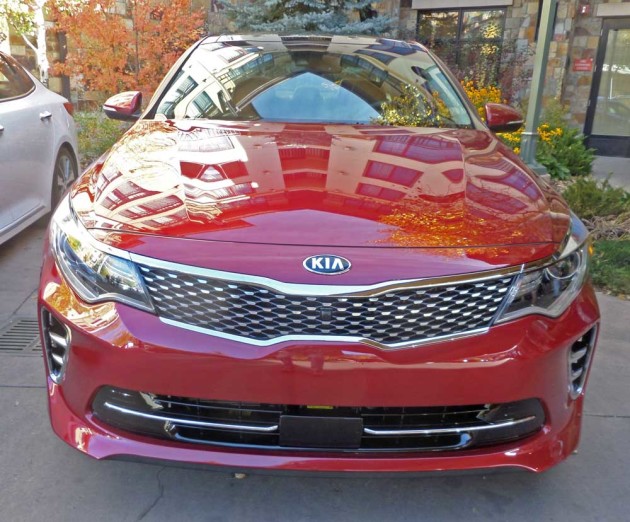 My test 2016 Kia Optima was in SX trim powered by the 2.0-liter turbo engine with Gasoline Direct Injection, with a six-speed automatic transmission It sported a Remington Red metallic exterior finish, with a Black interior and came with a base sticker price of $29,690. with the final tally coming to $30,515.

SUMMARY: The latest Optimas are loaded with an impressive inventory of technological features and equipment, ranging from safety equipment to entertainment and state-of-the-art connectivity, such as Microsoft-based UVO.

Heated front and rear seats are available, as is a heated steering wheel, along with a vented or cooling feature. There?s also a cooled glove box to keep drinks cool. A Panoramic sunroof is also available with roll blinds. 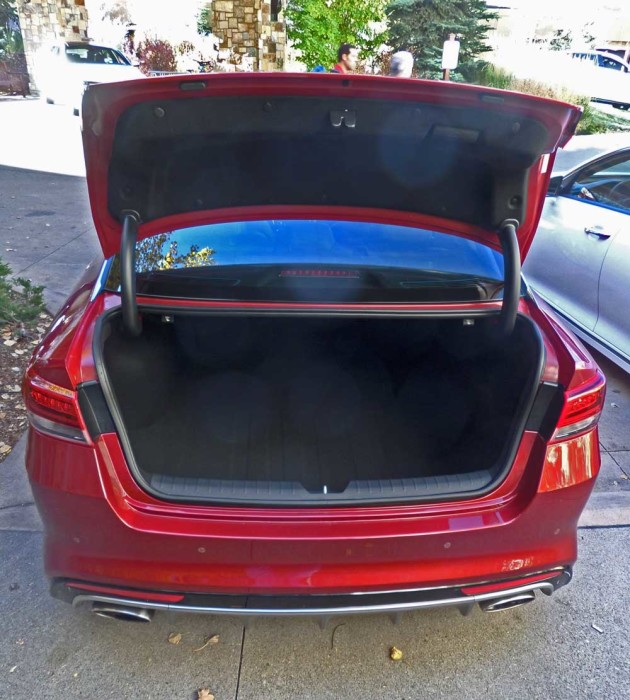 There are Sport and Eco modes to customize one?s driving style. The 2.0-liter turbo four-banger delivers plenty of power, albeit a tad raucous when prodded heavily. Not a major issue however, as all four-cylinder engines tend to be a bit ?buzzy? in spirited acceleration. The transmission shifts smoothly in either the manual or automatic mode, and the ride quality is compliant and quite comfortable. The car performed admirably despite the challenging drive route to the high point of the Continental Divide ? Independence Pass. Some drivers, on the other hand required extra oxygen intake.

Handling characteristics lean to the sporty side of the equation, with steering and stability vastly improved over previous models.

In the final analysis, the 2016 Kia Optima is worthy of consideration, when contemplating the purchase of an attractive, affordable mid-size 4-door sedan. While you?re considering, keep in mind, that the 2.0-liter turbocharged version four-cylinder is outstanding for peppier performance. 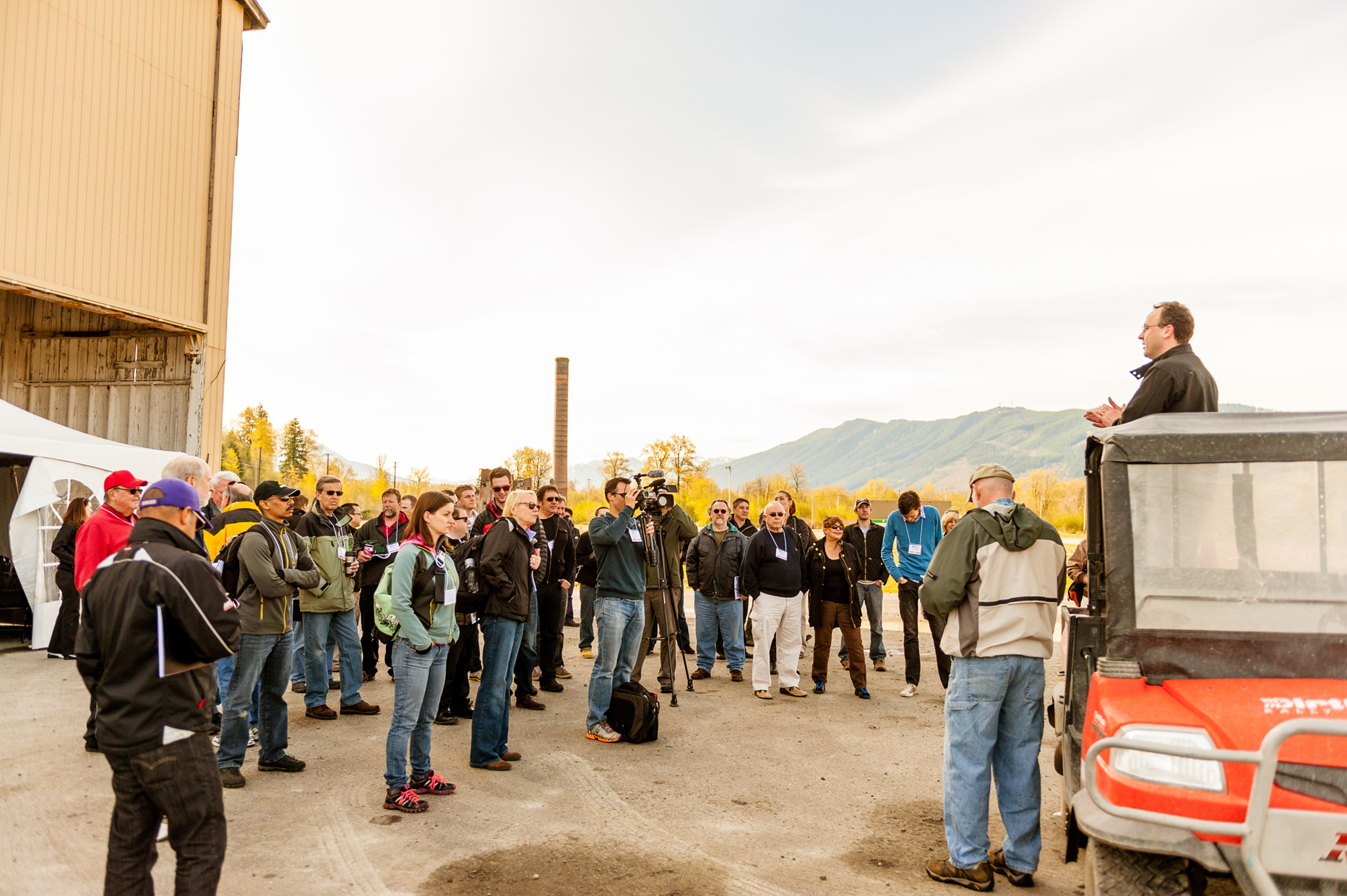