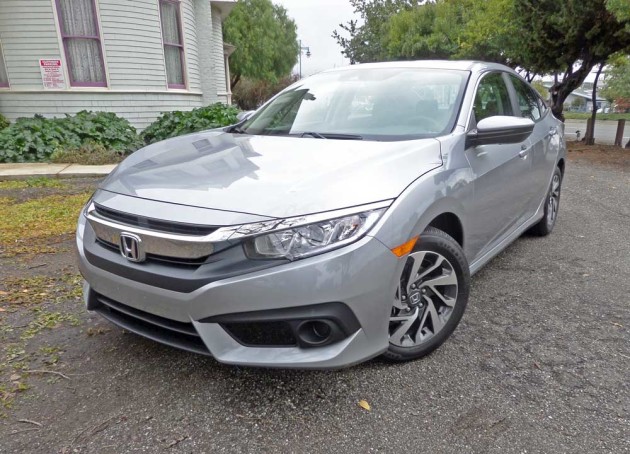 The Civic happens to be the longest ?running nameplate in Honda?s history, with 43 years under its belt – its U.S. introduction coming in 1973. The Honda Civic is also the largest selling model globally for the Japanese manufacturer, having sold nearly 35 million worldwide. Approximately 75 percent of the Civics sold in America since 1991 are still on the road today, and nearly 7 million of the 10 million Civics sold in America have been produced at Honda?s U.S. and Canadian plants, with North American production beginning in 1986 in Marysville, Ohio. 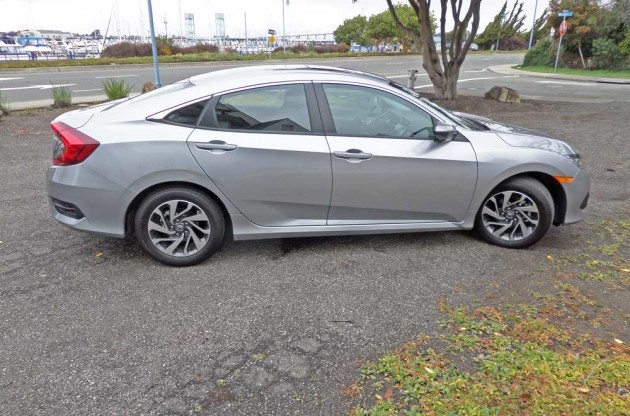 The first power source for the Civic was a revolutionary CVCC (Compound Vortex Controlled Combustion) engine. The Civic has continued to evolve over its nine generations, and has consistently focused on setting the bar for fuel efficiency, driving performance and design innovation in an affordable compact-class vehicle. 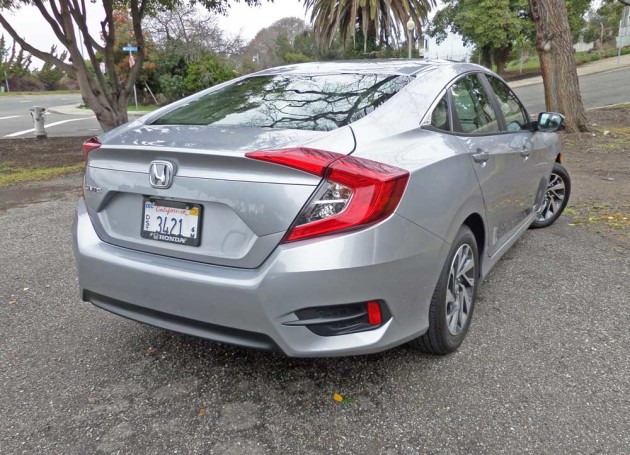 That first Civic was nothing to shout about in terms of its design, but with the introduction of the 2016 Civic sedan, the styling has adopted a dramatic and emotionally stirring persona, representing one of the most comprehensive and ambitious new-model developments ever undertaken by Honda, and requiring an unprecedented commitment of R&D resources and Honda engineering expertise. 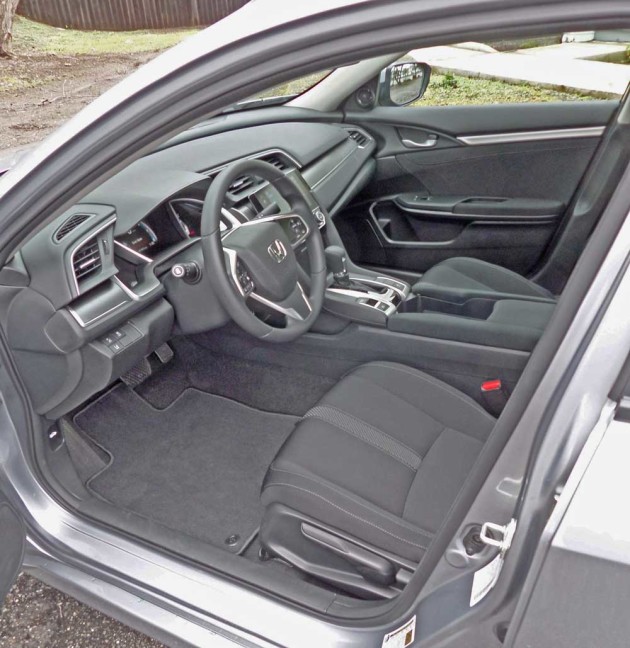 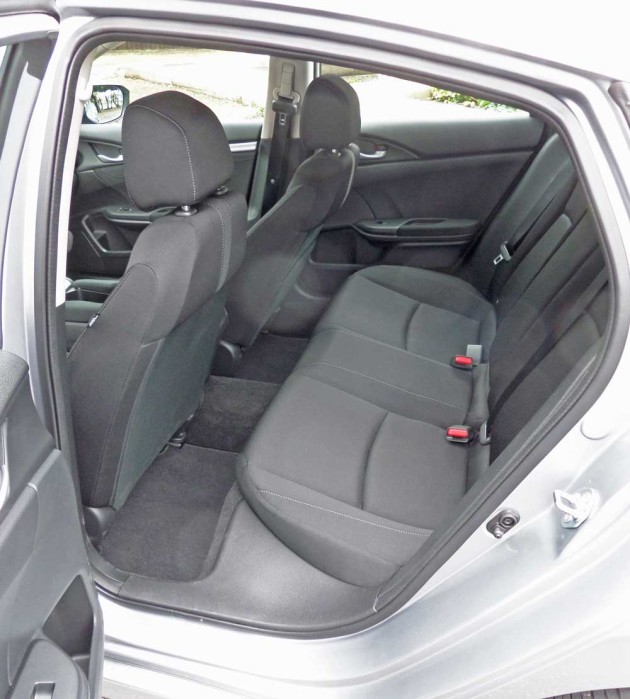 This tenth generation Civic sedan is built on an all-new architecture displaying a sporty and upscale new interior and exterior design with a higher quality, more spacious cabin, two new advanced engines and an impressive inventory of new premium features and technologies. The new Civic features a longer wheelbase and overall length, is wider and lower than the 2015 Civic. 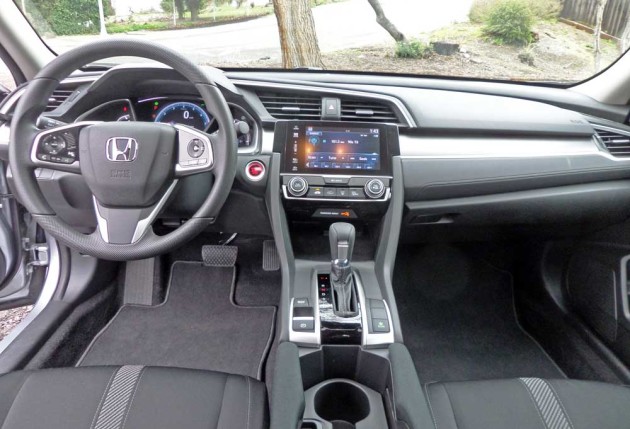 For the 2016 model year, the Civic will be available in five trim levels: the base LX, the EX, an EX-T, an EX-L, and a Touring. 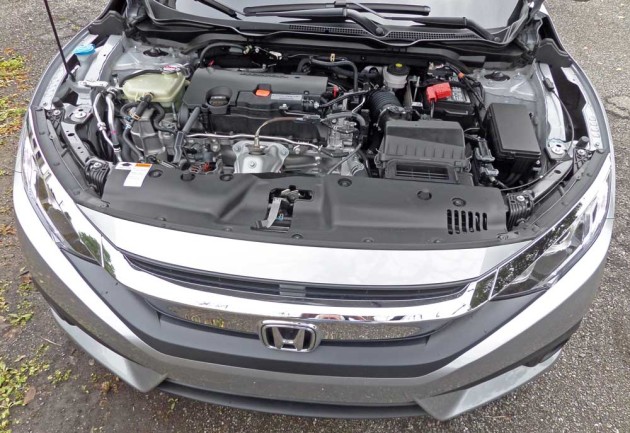 Power will be provided by one of two engines. First is an all-new 2.0-liter, DOHC, 16-valve i-VTEC, in-line four-cylinder base engine that replaces the Civic?s previous SOHC 1.8-liter engine. The 2.0-liter engine delivers 158 horsepower at 6,500 rpm along with 138 pound feet of torque at 4,200 rpm. Next is a 1.5-liter DOHC, 16-valve, direct injected turbocharged powerplant that cranks out 174 horses at 5,500 rpm, while developing 162 pound feet of torque in a range between 1,800 and 5,500 rpm. The 1.5-liter engine features Honda?s Earth Dreams technology. Transmission choices include a 6-speed manual gearbox, or one of two Continuously Variable Transmissions. One is a refined version of the CVT offered in the previous generation Civic, while the other is an evolution of the CVT offered in Honda Accord 4-cylinder models. 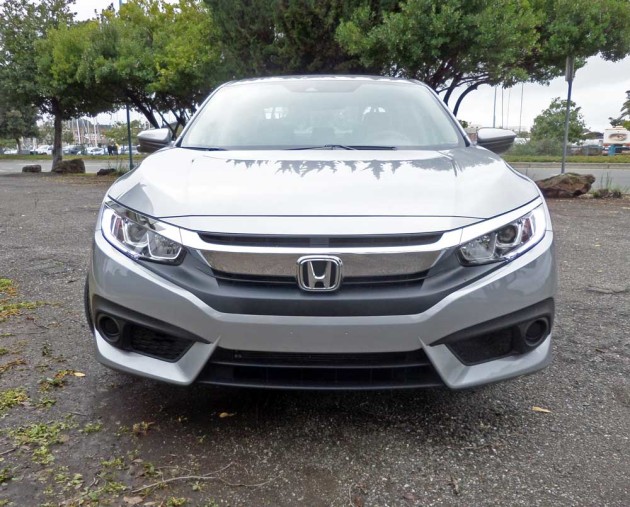 The new Honda Civic presents a bolder, more athletic and aggressive look than ever before, with its aerodynamic form and flowing lines. Up front is a new signature chromed ?wing? fascia with available LED lighting. The profile displays a streamlined form that rises dramatically from front to rear. Aft, the LED ?light pipe? taillights reflect the wing design motif of the headlamps, and a rear lip spoiler finishes off with a sporty flair for EX-t and above trims. 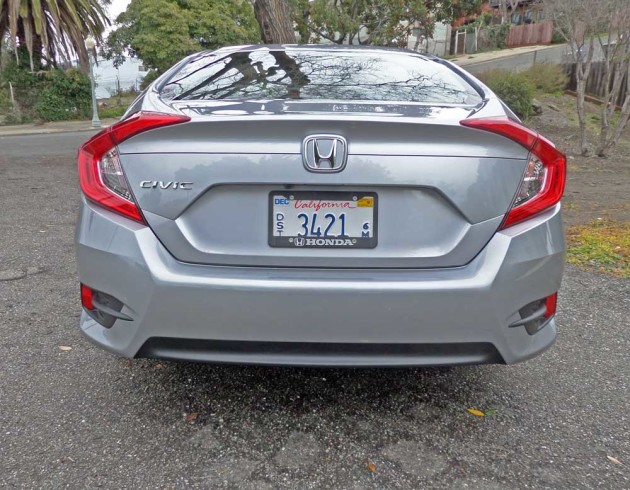 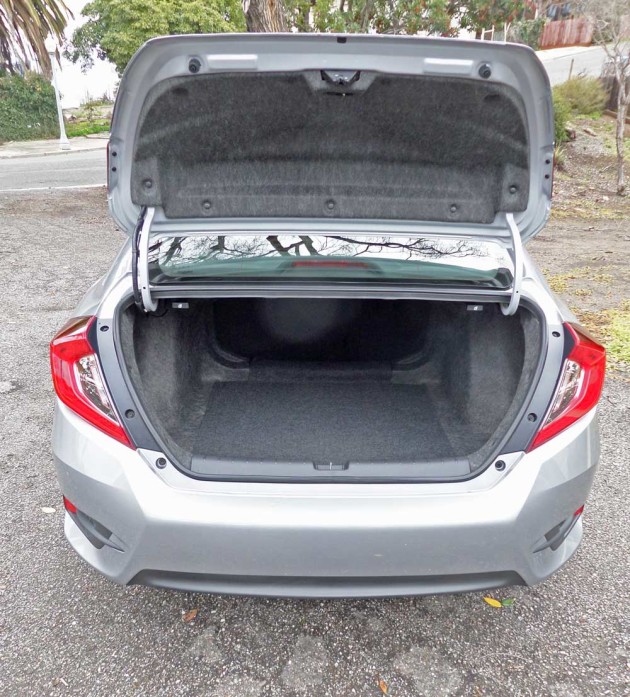 During the New York press introduction, I was able to experience both a base LX model with the 2.0-liter engine and a Touring model with the 1.5-liter turbo motor. Exterior finishes were respectively Aegean Blue metallic and Rallye Red, both with Black interiors ? the first cloth and the second leather. The LX had a base price of $20,440 / the Touring base sticker was set at $25,500. As tested prices were $21,275. (LX) and $27,335. (Touring). Both had CVT transmissions. My most recent Honda Civic Test vehicle was a 4-door EX SENS sedan , powered by the 2.0-liter 4-cylinder, with a CVT transmission. It wore a Cosmic Blue metallic (Silver) exterior finish and came with a Charcoal and Gray cloth interior. The base sticker was set at $22,040., which totaled $22,875 after adding the Destination and Handling charge.

SUMMARY: This latest 10th Gen Honda Civic is a breath of fresh air and is arguably the best Civic yet, with its boldly appealing styling, sporty performance and advanced technologies.

The list of standard fare features and equipment is most impressive and too extensive to note here, with a host of enhancements available for individual personalization. One of the most impressive packages is the Honda Sensing? Advanced Safety and Driver Assistive Technologies that includes: Collision Mitigation Braking System with Forward Collision Warning; Lane Keeping Assist; Road Departure Mitigation with Lane Departure Warning; and Adaptive Cruise Control with Low Speed Follow.

For the most pleasing and sportiest performance, the 1.5-liter turbo powered Touring model Civic is obviously the way to go, but the 2.0-liter powered, normally aspirated four-banger is certainly no slouch. 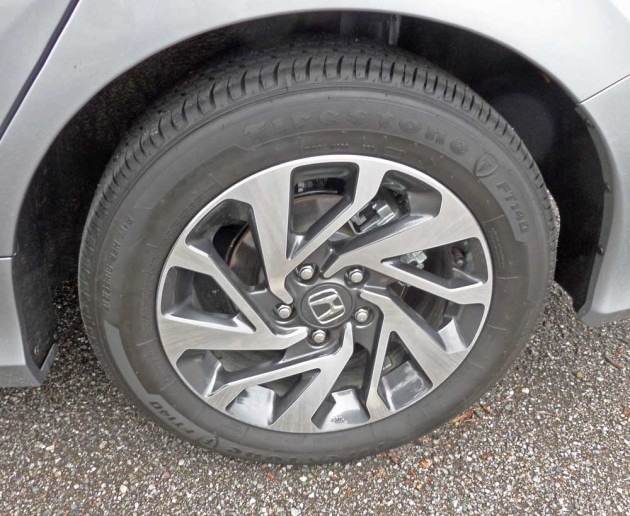 The ride quality is firm, stable and planted, yet comfortable for both models. The handling characteristics are sporty and invite spirited driving.

Bottom line, the 2016 Honda Civic sedan is more than simply ideal transportation now, it?s a most attractive, fun-to-drive and affordable sedan that definitely raises the bar considerably higher than ever before. The all-new Honda Civic Sedan, received the highest available rating of TOP SAFETY PICK+ from the Insurance Institute for Highway Safety (IIHS), including a SUPERIOR rating for frontal crash prevention when equipped with the Honda Sensing? suite of safety and driver-assist technologies, available on all 2016 Civic Sedan models. 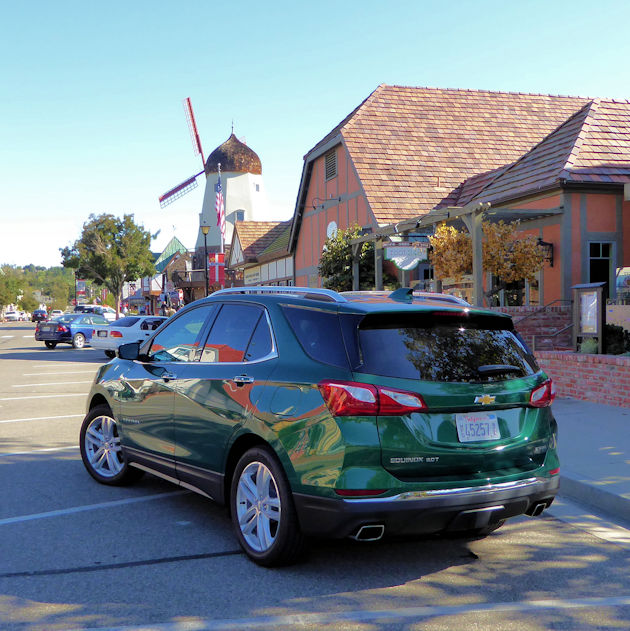