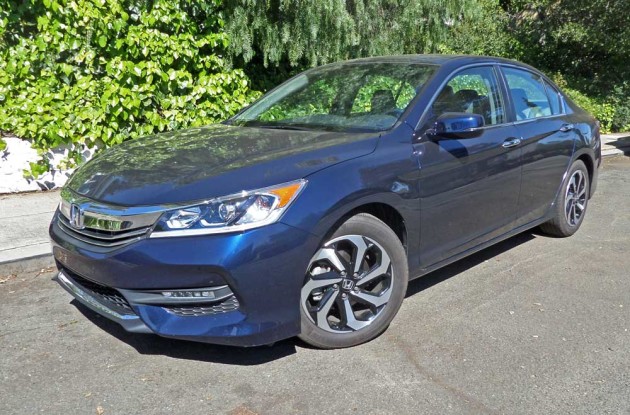 The highly popular Honda Accord has been around for nearly four decades and it was the first Honda model and the first vehicle from a Japanese auto manufacturer to be built on U.S. soil. The Honda Accord has been in continuous production at the company?s Marysville, Ohio plant utilizing both domestic and globally sourced parts since November 1982. The Accord has also been produced in the company?s plants in East Liberty, Ohio; Birmingham, Alabama; and in El Salto, Jalisco, Mexico. To date, Honda has produced more than 10 million Accords in North America for sale in both domestic and global marketplaces. 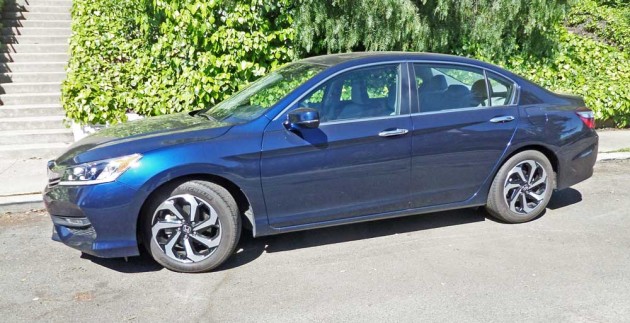 The completely reengineered 9th generation Accord was introduced in 2012 for the 2013 model year. That first 9th generation Accord featured a spacious and airy passenger cabin wrapped in a tauter and tailored design with a smaller exterior footprint than its predecessor, while also delivering more sporting and refined road manners, a higher quality interior and an impressive inventory of new technologies. It featured the first application of new direct-injected 4-cylinder engine technology, a new continuously variable transmission (CVT), and a new two-motor hybrid system. 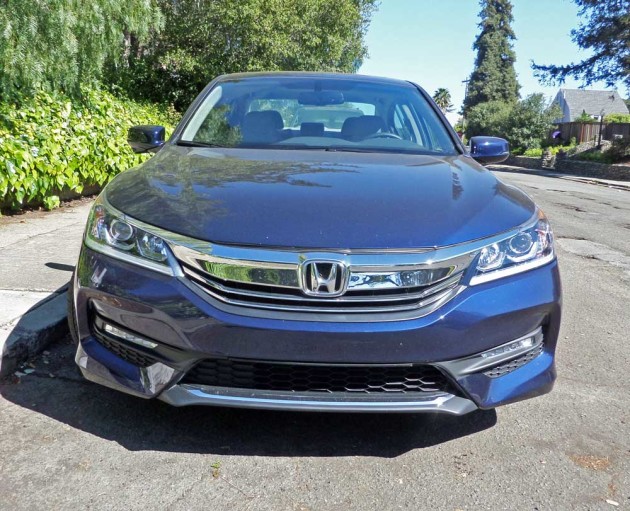 That was then, and this is now, with the 2016 Honda Accord raising the mid-size sedan bar even higher, building on the 2013 Accord?s foundation with a more sophisticated, sportier and refined design, a more rigid body structure and upgraded chassis componentry, while maintaining a high fuel efficiency level. All 2016 Accords may now be equipped with Honda Sensing? as a standalone option on all trims levels except the Touring, which features Honda Sensing? as part of its standard fare. The Honda Sensing? Advanced Safety and Driver Assistive Technologies include: Collision Mitigation Braking System with Forward Collision Warning; Lane Keeping Assist; Road Departure Mitigation with Lane Departure Warning; and Adaptive Cruise Control with Low Speed Follow feature. Additional changes include the expanded use of LED exterior lighting, with new premium features and technologies, including the first combined application of Apple CarPlay?1 and Android Auto1 in a Honda model. 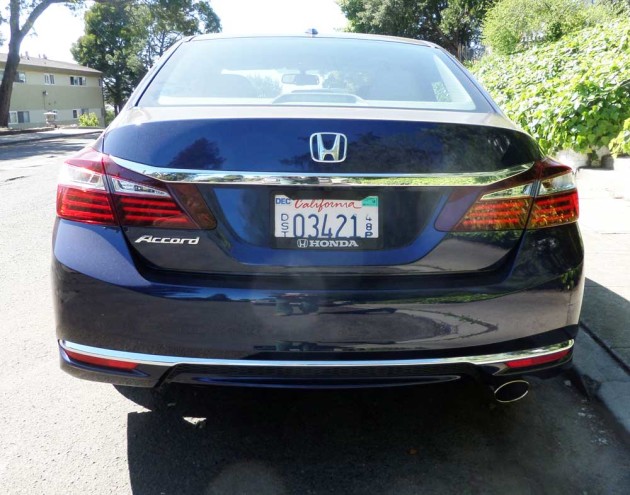 Other new 2016 available features, depending on model and trim, include remote engine start, front and rear parking sensors, rain sensing wipers, rear seat heaters, and a 60/40 split and folding rear seat. The Accord Sedan and Coupe, depending on trim, also offer new exterior color and interior fabrics and decor. The Honda Accord Sedan has received a major facelift for 2016. A more sharply creased and intricately structured front fascia, the lower portion of which tucks into large intake-like meshed areas that house new LED fog lights (Sport trim and above) replaces the previous wrap-around front bumper. The Accord Sedan also features a creased and contoured aluminum hood to replace the steel hood on earlier models, that meets up with a brighter, more attractive and pronounced front grille. The new more expressive face of Accord is complimented by a distinctively sculpted rear bumper fascia and new LED taillight design. 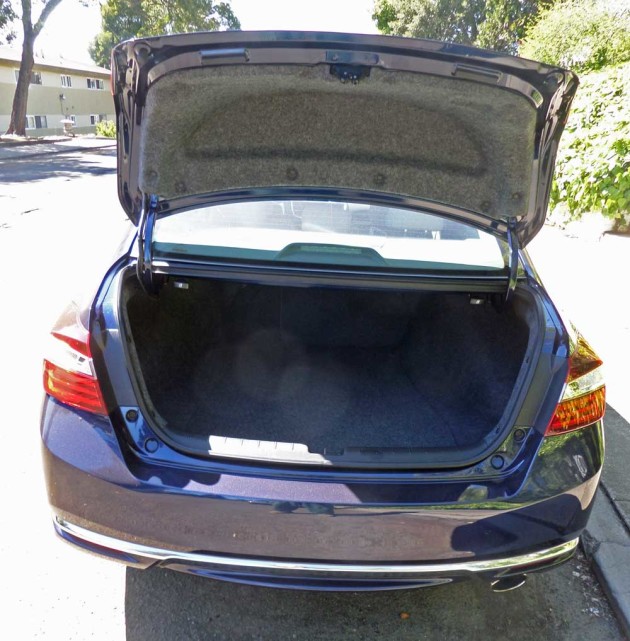 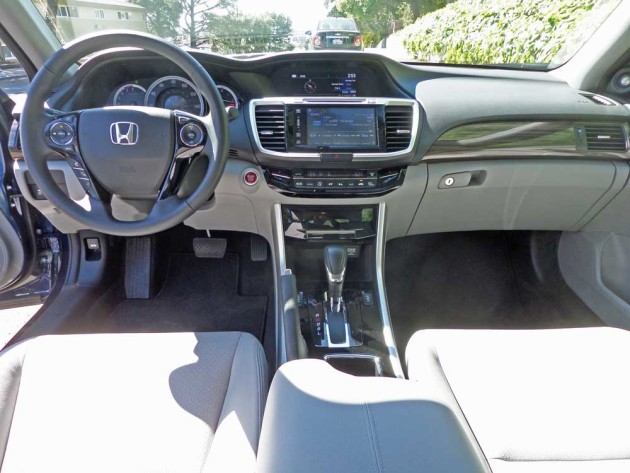 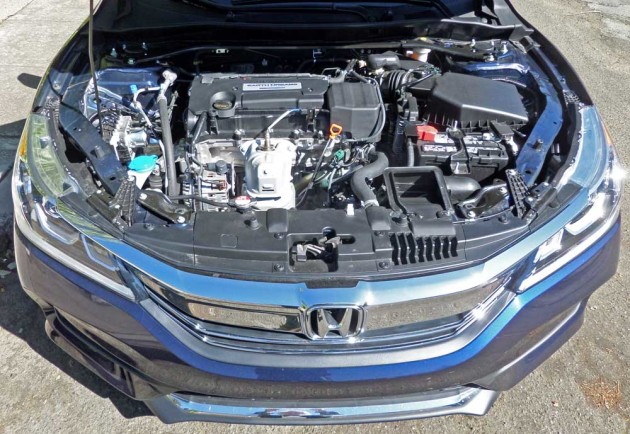 Power comes from two sources. A 2.4-liter DOHC i-VTEC four-cylinder that produces 185 horsepower at 6,400 rpm along with 181 pound feet of torque will propel LX, Sport, EX and EX-L Sedans and LX-S, EX, and EX-L Coupes. A 3.5-liter SOHC iVTEC V-6 that generates 278 horses at 6,200 rpm, while developing 252 pound feet of torque at 4,900 rpm will power both EX-L and Touring model Sedans and Coupes. A 6-speed manual gearbox is available in the 4-cylinder LX and EX Sedan, and in the V-6 powered EX-L Coupe. A CVT transmission is found in all other 4-cylinder trims except V-6 Coupe and Sedans where a six-speed automatic is used. 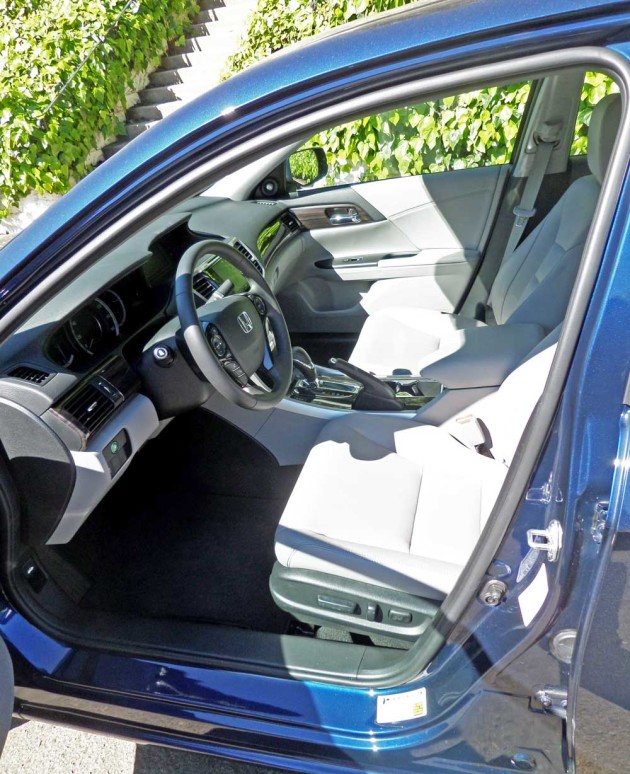 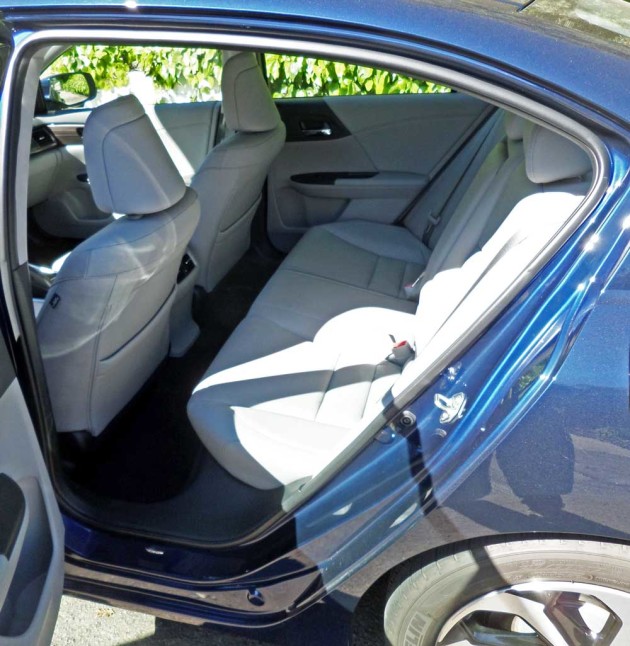 Honda introduced the 2016 Accord at a program dubbed ?The Honda Dream Garage? which was in essence an all encompassing Exposition where the Japanese manufacturer showcased its diversity of products. During the program, I was able to experience wheel time in the 2016 Honda Accord V-6 Touring Sedan with the 6-speed automatic transmission base priced at $34,125. and with an as tested price of $35,400. The exterior was sprayed in a rich Kona Coffee Metallic, while the interior was executed in Grey with unique wood-like trim accents. I later tested the 2016 Accord Sport/SENS sedan powered by the 2.4-liter 4-cylinder, with a slightly higher horsepower and torque rating than other trim levels, and mated to the CVT transmission It wore a San Marino Red metallic exterior finish and came with a Black patterned cloth interior with contrasting white stitching. The base price was set at $25,965.with the final sticker totaling $26,785 after adding the Destination and Handling charge. I most recently reviewed an Accord EX-L with an Obsidian Blue Pearl metallic exterior and a gray and Charcoal interior with faux wood trim accents. Its base price was set at $28,570. With a final sticker totaling $29,390 after adding the Destination and Handling charge. 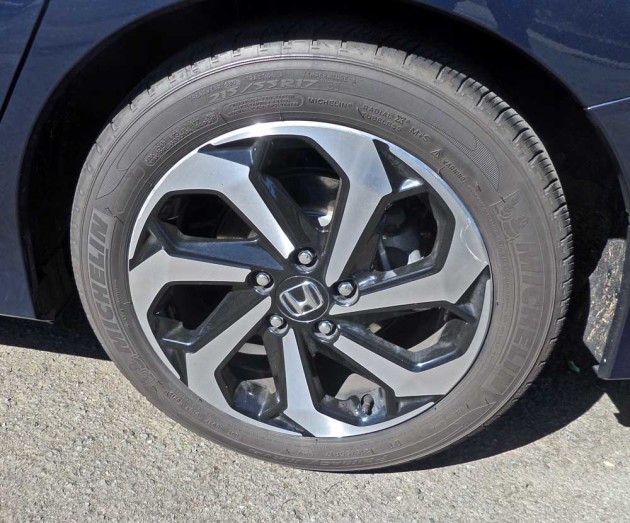 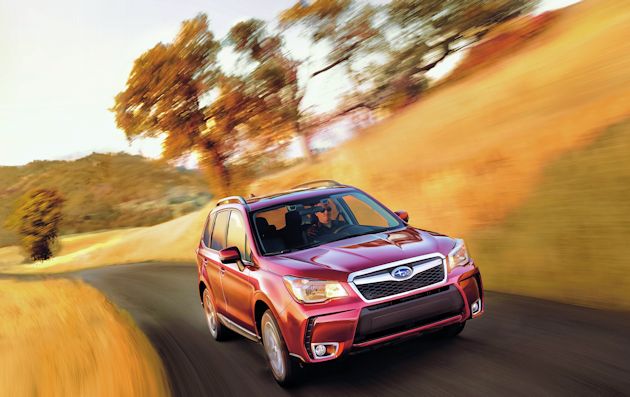 Considering downsizing but still need a 3rd row so

Moving up a rung in camp life likely means a trave

On both the road course and the autocross course,

One of the biggest bikes I’ve ever ridden with a

Today, the Lincoln Nautilus exists as one of the l

The most functional and highest quality truck camp