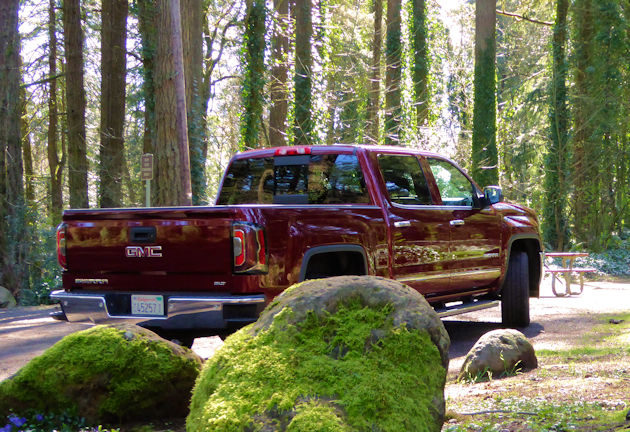 The GMC Sierra might not get all the attention as the other full size trucks, but it certainly runs in the same crowd.
With roots going back as early as 1901, the GMC truck line is as deep in pickup heritage as you can get and that carries through to the 2016 GMC Sierra pickup.

The 2016 GMC Sierra receives a fresh appearance from when the latest generation debuted in 2014. It has new projector-beam HID headlights (SLE and SLT models) and GMC signature LED daytime running lights on all models and LED taillights on upper level models. Every trim level gets its own distinctive grille treatment, making each model easy to spot, if you know what you are looking for. 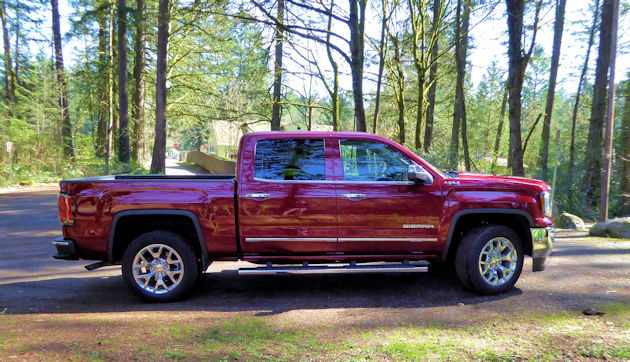 A few exterior features we especially like are the CornerSteps built into the bumpers, spray-in liner, remote locking tailgate and the available power-articulating assist steps (only on the Denali trim). The running board disappears under the cab when not in use, but when any of the doors are open, it quickly slides out to make ingress and egress much easier. The liftgate is exceptionally convenient with its EX Lift-and-Lower system that gradually lowers the tailgate when opening and made it easier to lift when closing. 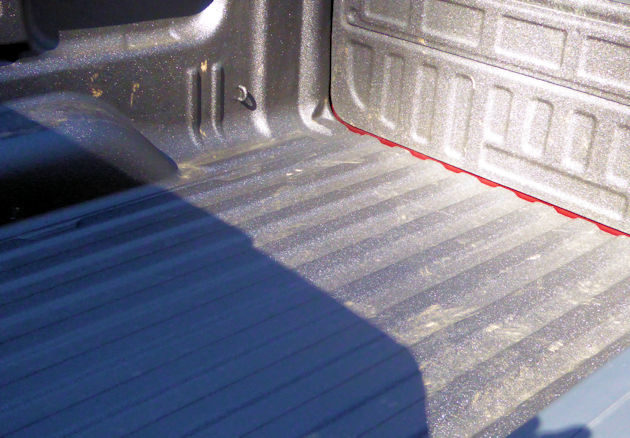 Technology updates inside the GMC Sierras include most of the same driver assistance features that are finding their way into new upscale cars. The Sierra now has available Lane Keep Assist, which helps keep the truck in its lane with subtle steering enhancements, and IntelliBeam headlamp control, which automatically adjusts the high beams for oncoming traffic. What we didn?t find was an active cruise control system and blind spot warning, both which we think are a ?must have? comfort and safety features on any upscale vehicle. 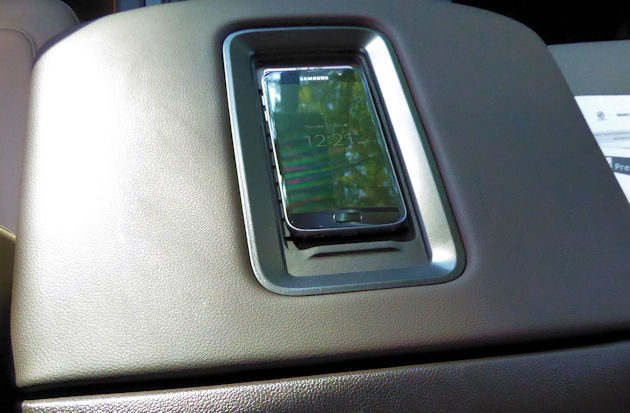 On the important communications, entertainment and information front, the Sierra has a larger eight-inch touch screen for the navigation system which integrates with Apple CarPlay and Android Auto through GMC IntelliLink. Enhancing these systems even further is the OnStar 4G LTE system with an available built-in Wi-Fi Hotspot. It creates a base for drivers and passengers to connect to the Internet with up to seven mobile devices. It even has a cool wireless charging spot on the center armrest, which worked well for Bill?s new Samsung Galaxy 7. 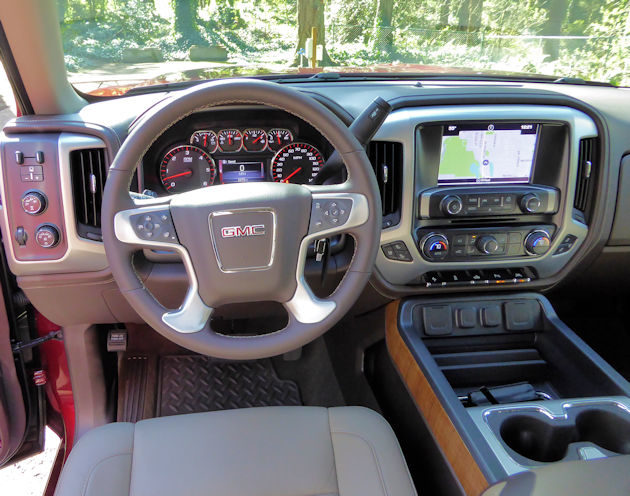 We?ve been big fans of OnStar since its inception. The OnStar system has added features like turn-by-turn navigation and concierge service more recently, but it was features like the Automatic Crash Response, SOS calling and stolen Vehicle Assistance that got us hooked when OnStar debuted in the mid-1990s. 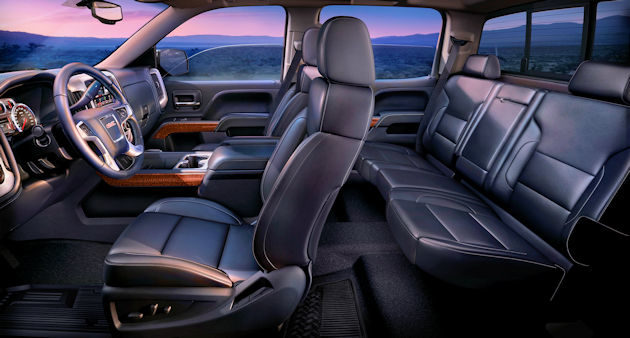 Like most full-size pickups, the 2016 GMC Sierra is available in thousands of potential configurations. This one starts with five basic configurations, three bed lengths, three engine variations, two automatic transmissions and a choice of rear- or four-wheel drive. Then it?s easy to customize it with option groups, axle ratios, colors and all the stand-alone options. 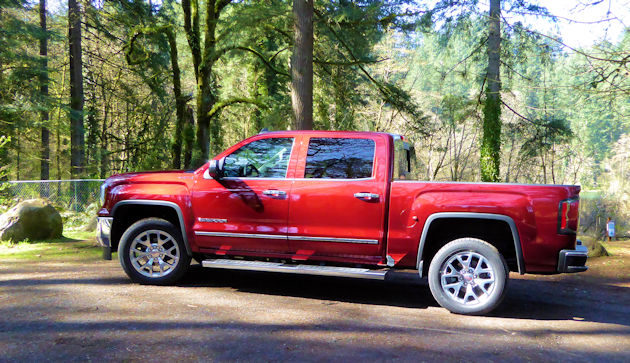 To zero in on our test truck it was the Sierra 1500 4WD Crew Cab SLT. This version falls in the upper middle level of the lineup. The Denali is the top model, and the base and SLE versions are lower. GMC also has a new Elevation Edition, that dresses up the base model and adds several convenience features. 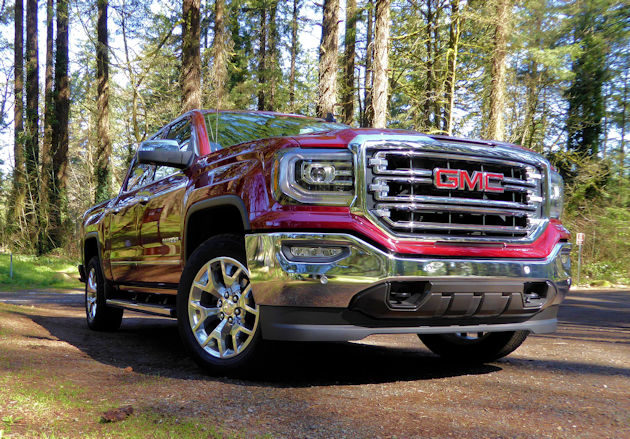 There are three engine choices for the Sierra 1500 SLT. Our test vehicle had the 355-hp, 5.3-liter EcoTec V-8, but it?s also available with either the 285-hp 4.3-liter EcoTec V-6 or 420-hp 6.2-liter EcoTec V-8. The two Hydra-matic transmissions are a six-speed and the new eight-speed which we had on our test Sierra. This smaller V-8 engine accelerates from 0 to 60 mph in about seven seconds, while the larger 6.2-liter version makes that run in a very quick 5.8 seconds according to buff magazine testing.

The EPA rates our 4WD test truck at 15 mpg city, 21 mpg highway and 17 mpg combined. We actually averaged 15.9 mpg during a week of mostly local driving. The rear drive version is rated one mpg better in each category. 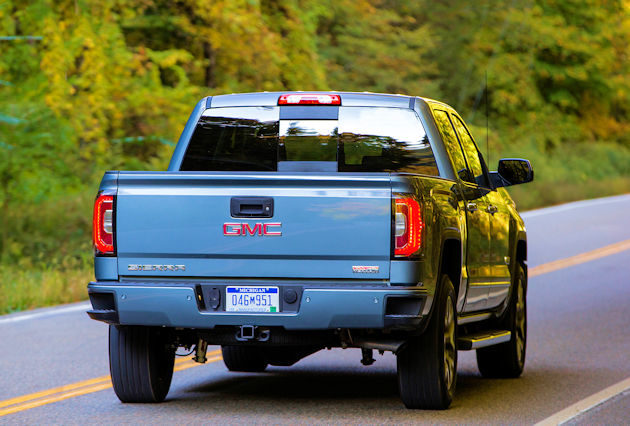 The GMC pickups have always been among the quietest and smoothest riding in the full-size truck category and this Sierra SLT did not disappoint. On the highway it feels more like a big luxury sedan than a pickup capable of hauling more than a ton of payload or pulling a 10,800-pound trailer (11,100 pounds for the two-wheel drive).

While it pampers the passengers on the open road or headed down a gravel back road, it?s not agile or easy to drive in tight conditions, like crowded parking lots. The Denali version comes with GM?s famous magnetic ride control system which keeps body motion in check and reads the road every millisecond to adjust the shock dampening to the optimum setting for the road and driving style. 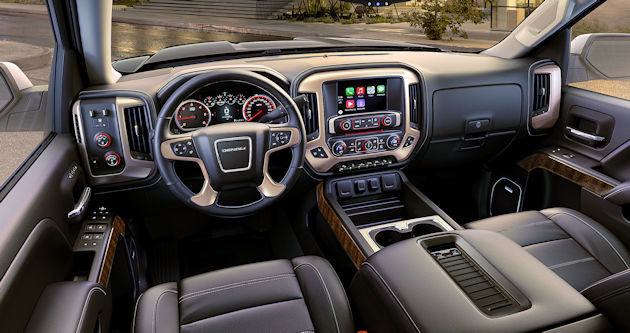 The 2016 GMC Sierra pickup pricing starts at $29,010, including the destination charge, for the base model with regular cab and standard box 2WD and V-6 engine. The Crew Cab SLT with standard box ups the ante to $47,860 before options. Or for the ultimate, the Denali version of the Crew Cab, expect a base price to come in at $55,835, and that includes almost everything but the kitchen sink.

If you are looking for a full-size pickup be sure to save some of your drive time to the 2016 GMC Sierra pickup. 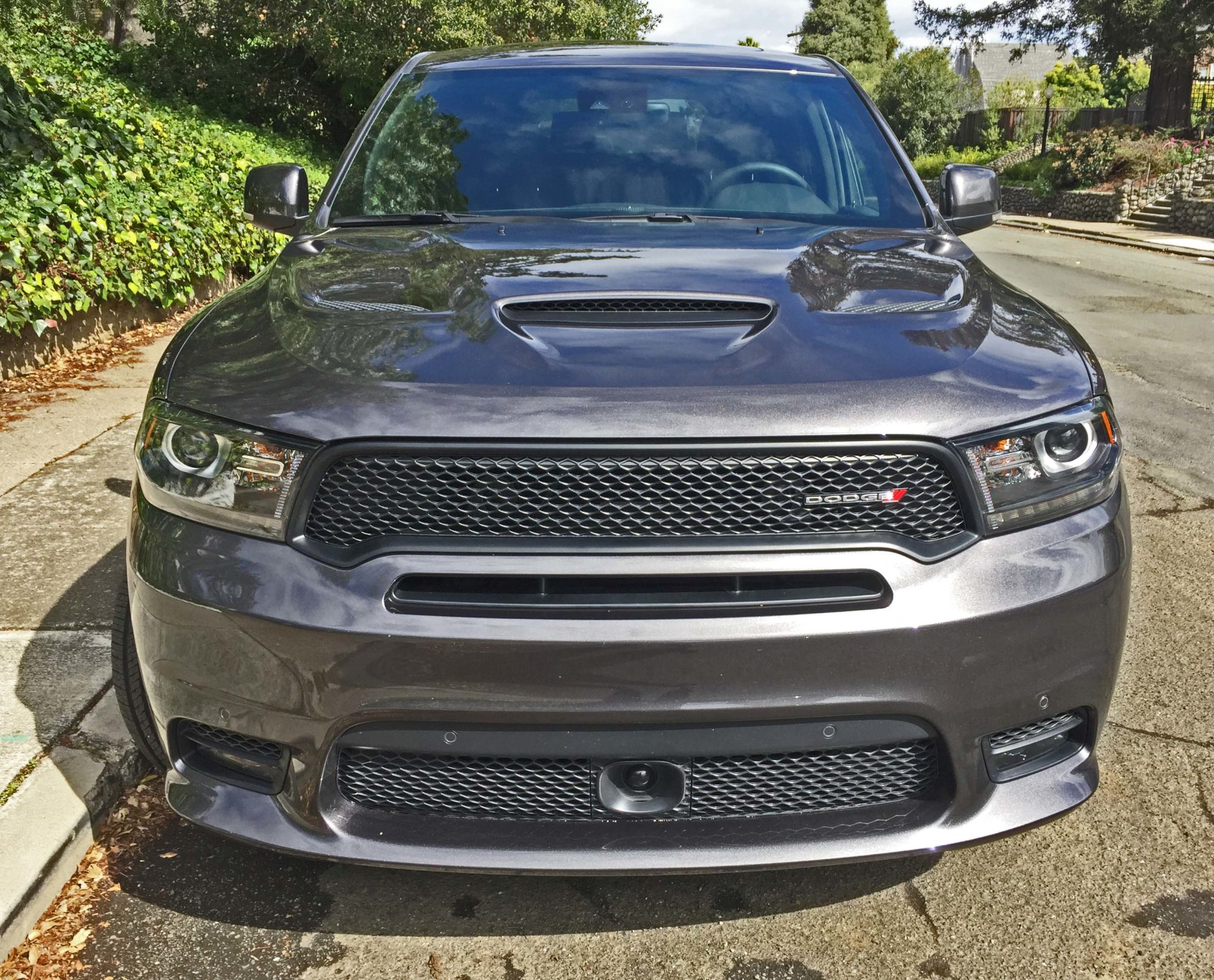 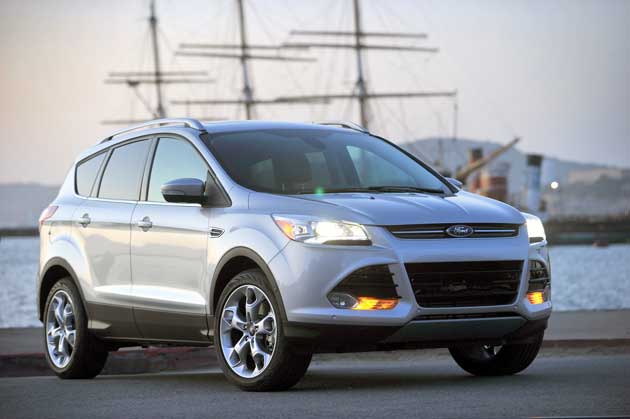