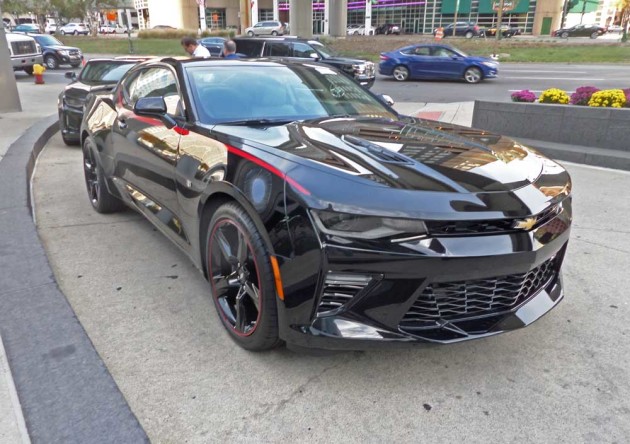 Detroit to Nashville – When Chevrolet introduced the Camaro back in 1966, it was the first pony car to be produced by General Motors. As the Chevrolet Camaro enters its sixth generation, it does so with gusto, in an alluring design form that hints in a not so subtle fashion, at super high performance capability. Gen one ran from 1967 to 1969, Gen two from 1970 to 1981, Gen Three 1982 to 1992, the fourth generation covered 1993 to 2002, and Gen five appeared from 2010 to 2015. 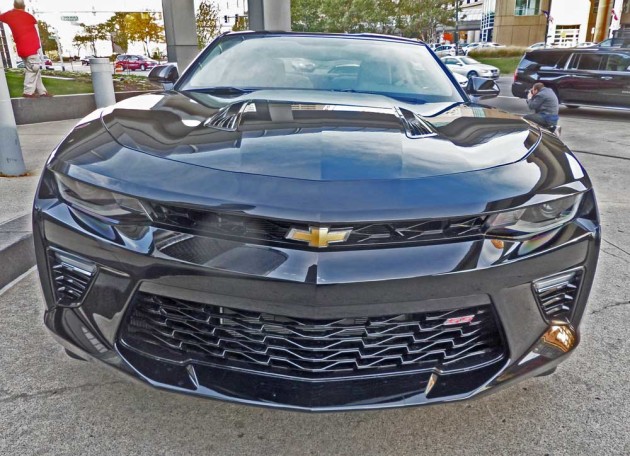 The Bowtie team concocted a unique way to introduce this new Chevrolet Camaro sport coupe to members of the motoring press. The ?Find New Roads? Trip program was developed with various points of innovation incorporated into each roughly suggested route format. There were eight Eastern Routes and eight western routes. The routes were suggested routes with only a fixed start and conclusion city. Participating journalists were allowed free reign to plot their individual routes to be completed in roughly 36 hours. Program route dates were spaced out from October 19 through November 13, and driving teams were to pick their four top choices, with the Chevrolet organizing officials making the final route selection assignment. Car assignments would be made by a random drawing on the morning of departure. 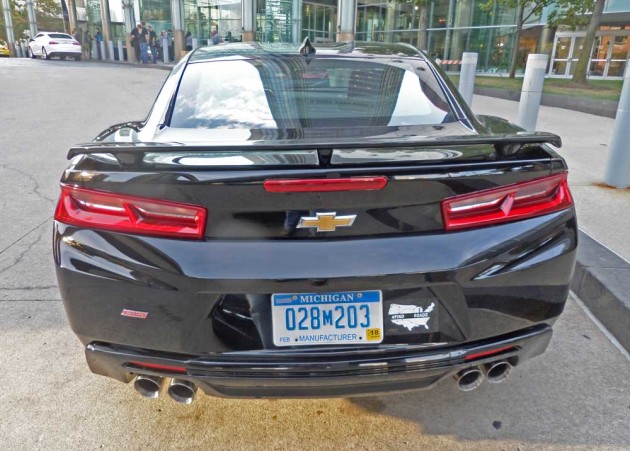 Eastern Route choices included: Detroit, I to Syracuse; N.Y. Syracuse to Boston, MA; Philadelphia, PA to Raleigh, N.C.; Raleigh to Orlando, Fl.: Orlando to New Orleans, LA.; New Orleans to Dallas, TX; Dallas to Albuquerque, N.M. to Phoenix, AZ. Western Route choices were: Detroit, MI to Nashville, TN.; Nashville to Kansas City, Kan.; Lincoln, Neb. To Minneapolis, MN.; Salt Lake City, UT to Bozeman, Mont.; Bozeman to Seattle, WA.; Portland, OR.; to San Francisco, CA.; San Francisco to Los Angeles, CA.. The overall objective was to cover 48 states to coincide with the 48 years of Camaro?s existence, and to visit as many suggested points of innovation as possible, scoring points by posting on social media, by using OnStar for finding fuel, food and hotel locations and by miles traveled. Winning teams would receive prizes to be passed on to readers. 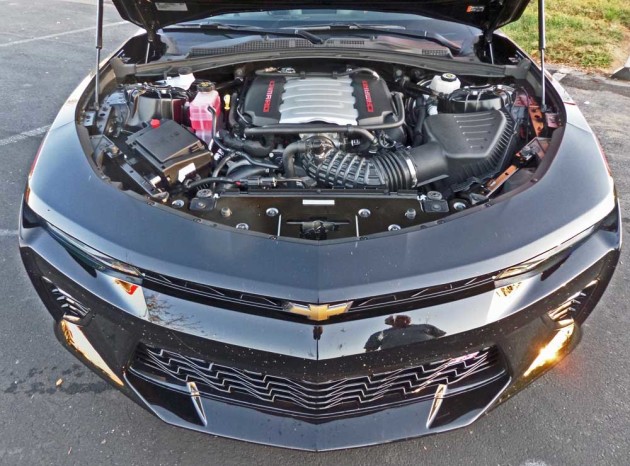 My driving partner and I drew the Detroit to Nashville route to be driven in a Black 2016 Chevrolet Camaro SS1 with a 6.2-liter V8 and 6-speed manual transmission. Our Camaro came with a Red stripe graphic and black alloy wheels, base priced at $37,295. The final sticker price came to an estimated $43,150. 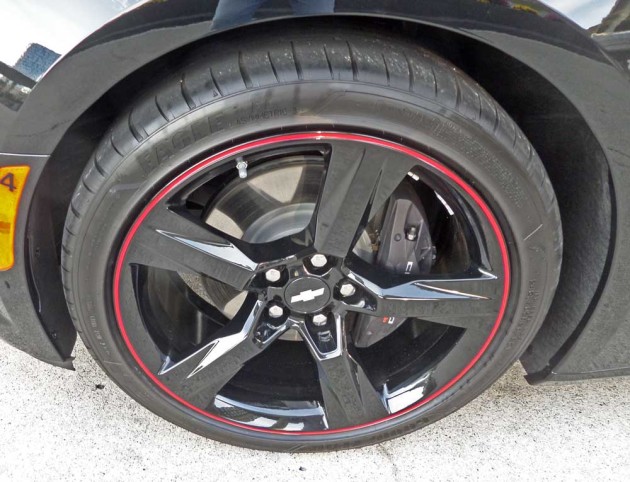 Our drive took in 5 states and but we were only able to visit 5 of the suggested points of innovation ? Tony Packo?s Caf? in Toledo Ohio, the Indianapolis Motor Speedway in Indianapolis, Indiana, and the Nashville Parthenon in Tennessee due to time constraints, after departing flying into Detroit on Monday, Oct 21, and departing Detroit on Tuesday, Oct 22. Our Camaro had to be turned in, in Nashville by 3:00 p.m. on Wednesday, Oct. 23. As we had flights home starting at 5:00 p.m. 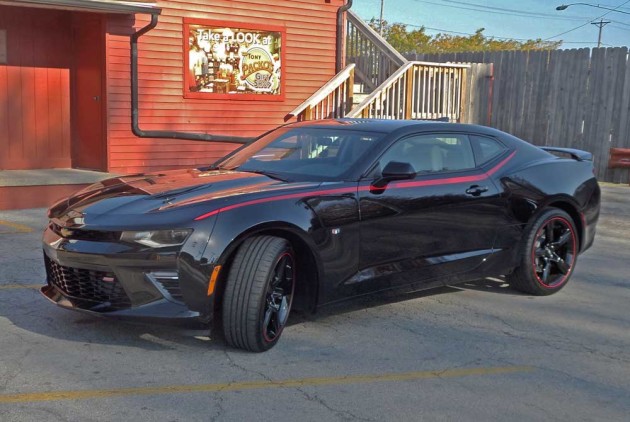 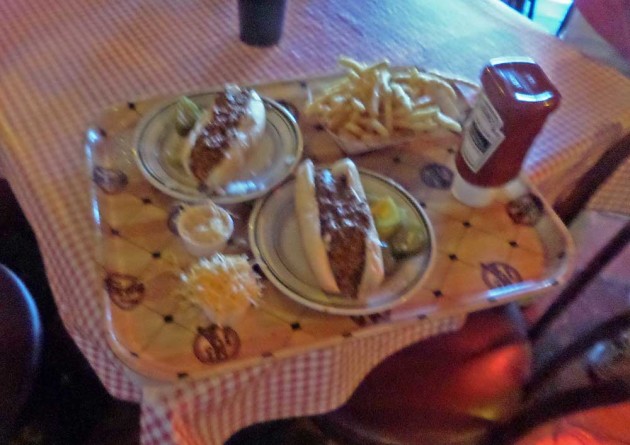 Along the way, while enjoying the new Camaro SS1 Coupe, we found lots of New Roads. Camaro trim levels will include: 1LT, 2LT, SS1 and SS2 and all will be built at GM?s Lansing Grand River, Michigan plant. Engine choices will include: a 2.0-liter turbocharged four-cylinder that puts out 275 horsepower along with 295 pound feet of torque; a 3.6-liter naturally aspirated V6 that delivers 335 horsepower and 284 pound feet of torque; and the cream of the crop 6.2-liter LT1 V-8 that was introduced on the Corvette Stingray ? it cranks out 455 horsepower while also developing a like figure for pound feet of torque. The latter two engines feature Active Fuel Management ? cylinder deactivation (on the 6.2L with an automatic transmission). Transmission choices offered are a 6-speed manual gearbox, or an optional 8-speed automatic. 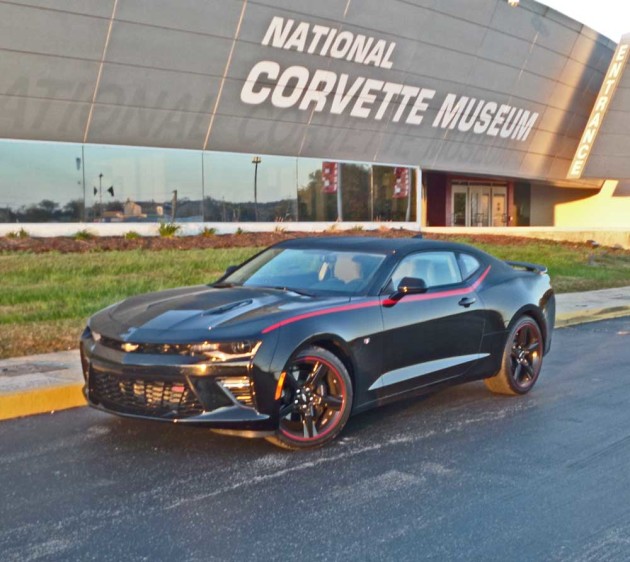 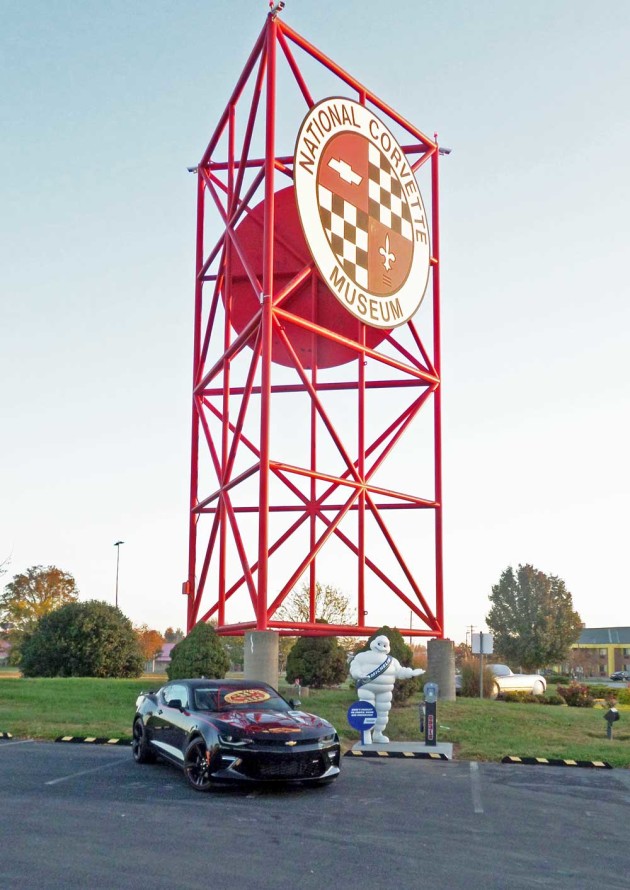 The new Chevrolet Camaro is both lighter (shedding from 223 to 290 pounds depending upon the model) and more powerful than last year?s model. It?s also 28 percent stiffer, with a shorter wheelbase and overall length, narrower width and reduced height. 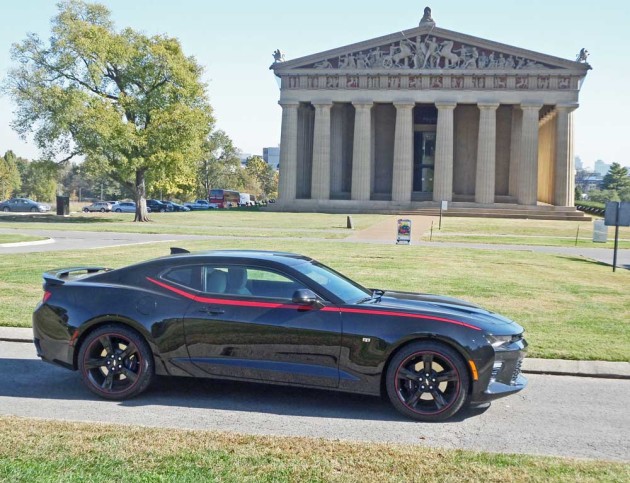 The exterior design is aerodynamically optimized and displays a bolder, more aggressive and somewhat sinister look ? especially when finished in Black. The exterior exhibits a tighter and leaner sculpted persona featuring all-new lighting executions that include LED technology. 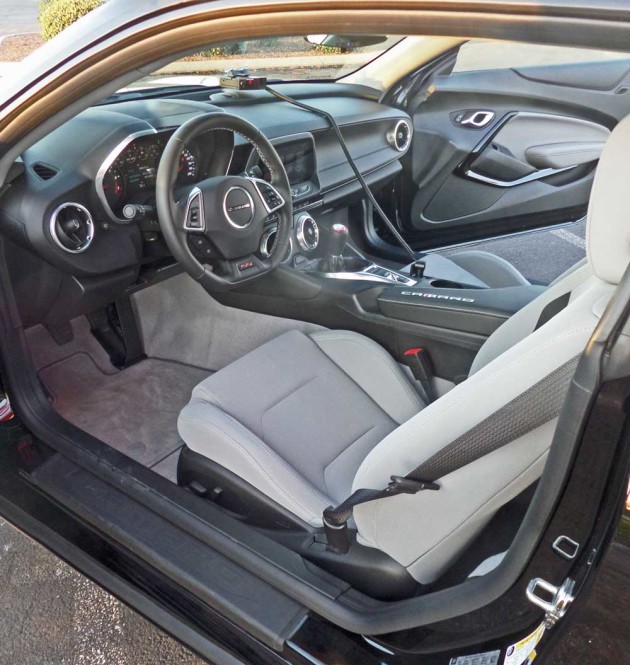 The interior styling is also all-new, and focuses on the center console shifter. The steering wheel sports a flat bottom and controls and other switchgear is simplified and intuitive, and unique air vent control rings eliminate the need for conventional buttons and switches. Materials are of a higher quality throughout. The Drive Mode Selector is an all-new feature that can tailor up to eight vehicle attributes for four modes: Snow/Ice, Tour, Sport and for SS models ? Track settings. 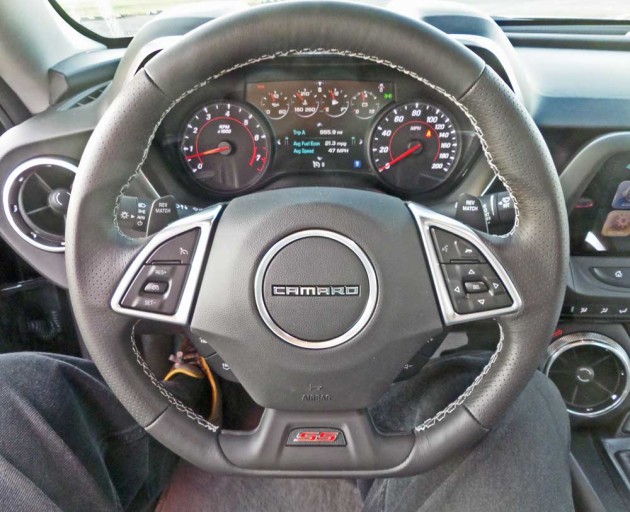 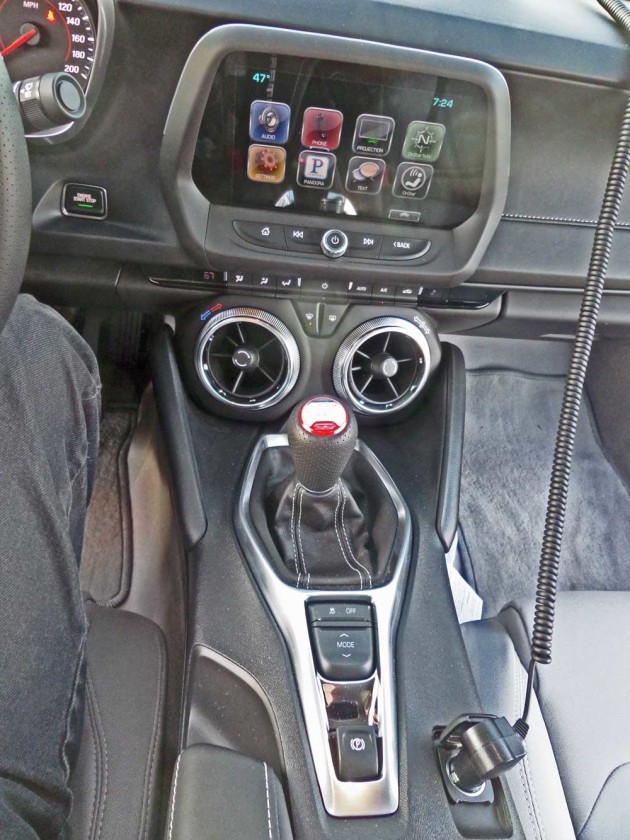 SUMMARY: The 2016 Chevrolet Camaro SS definitely represents a transition from ?Pony Car? to ?Muscle Car?, especially when powered by the Stingray- derived 6.2-liter V8, which sounds like a proper muscle car should. There are steering wheel paddles on manual transmission models labeled ?rev-match?, that when activated, deliver a throttle blipping exhaust note that is music to any gearhead?s ears. 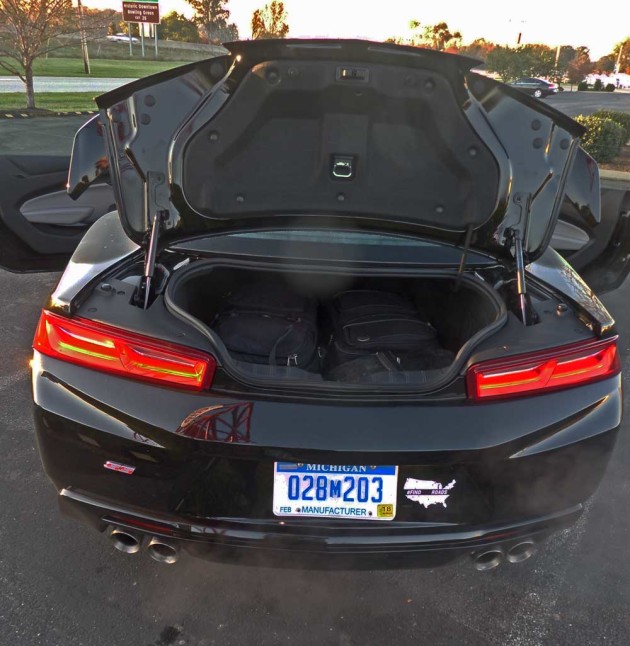 This latest Camaro is not only stunning in its appearance, but in its performance as well. Acceleration is delivered on command without delay. Steering is precise with stable road-holding properties, and the ride comfort is solid, yet comfortable, even over long periods of time. 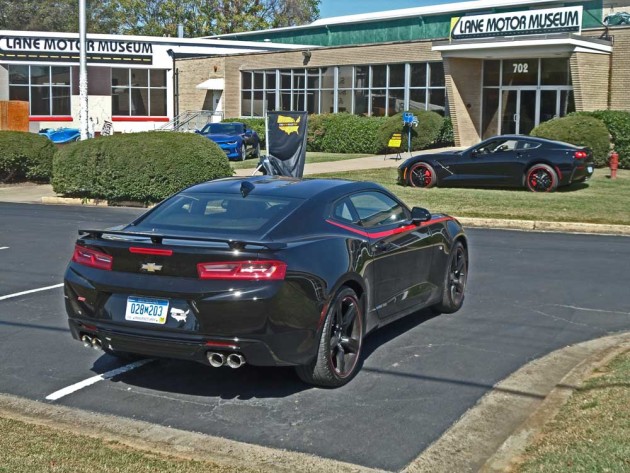 In the final analysis, this latest example of the Chevrolet Camaro is unquestionably an ideal way to ?Find New Roads?. The more time spent in the new Camaro would result in more road trip enjoyment. 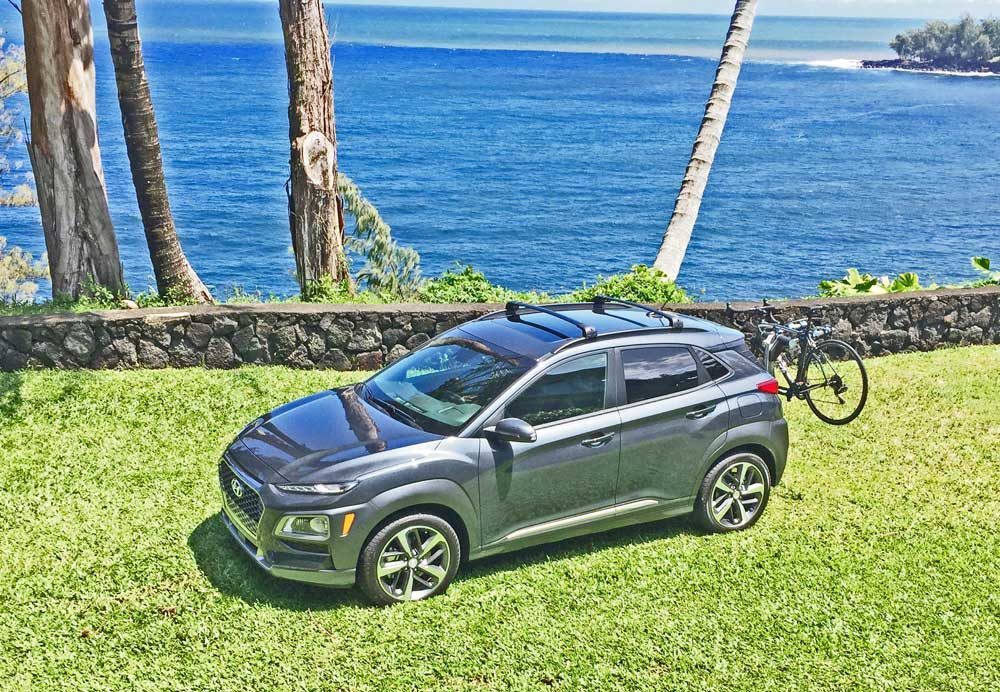 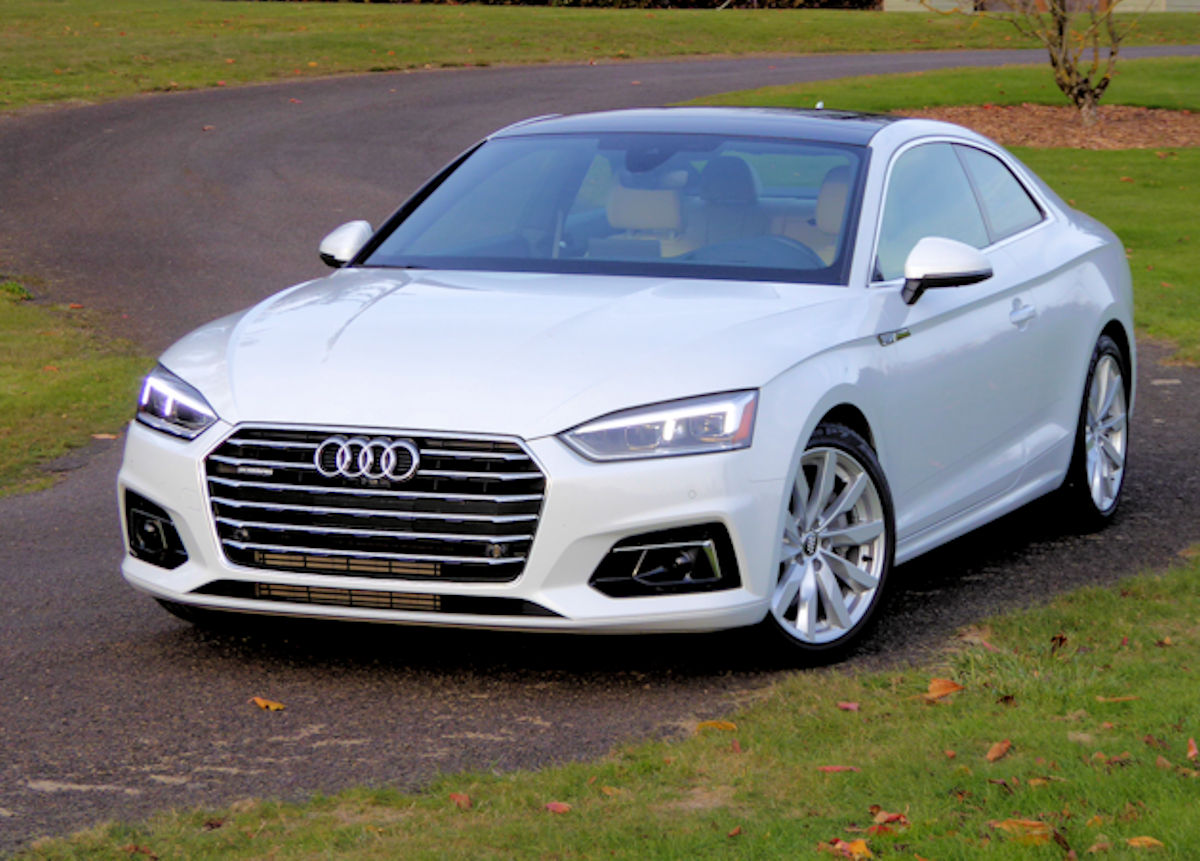