Leg One – Detroit to Nashville

By Bill Schaffer
Detroit — With the fifth generation Camaro nearly ready for public consumption, the Chevrolet public relations staff was pondering a unique way to get the word out about the latest version of this iconic muscle car.

Someone came up with the bright idea of getting automotive journalists to drive the car to all of the 48 contiguous states and tell their readers, listeners and viewers about the all new sports coupe.

My friend and frequent driving partner for new car introductions, Arv Voss, suggested we drive together on the first leg of what Chevrolet billed as the ?Finding New Roads? Trip. 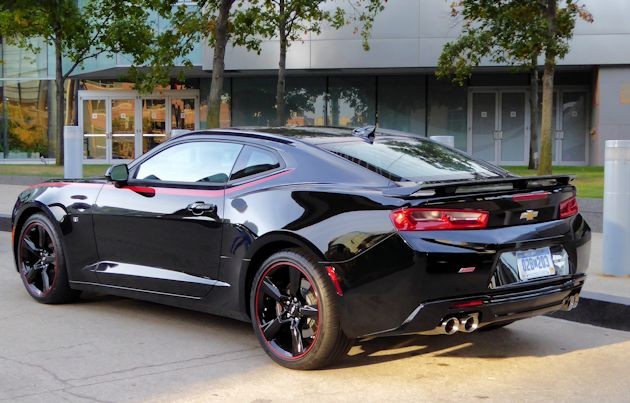 Arriving in Detroit the evening before the start, we had a brief introduction to the program, a presentation by President of Global Chevrolet, Alan Batey, and had a chance to check out our transportation for the program, the 2016 Chevrolet Camaro.

The 2016 Chevrolet Camaro has a great look, as Design Director Tom Peters explains ?From every angle, you?ll never mistake this for anything but a Camaro. We?ve taken that iconic design and amplified its proportions to reflect a more dynamic driving experience ? like the T-shirt on a muscular physique.?

Detroit to Nashville by Camaro

After a good night?s sleep, a quick breakfast and a little more detail about the drive we were ready to go, with the last task being the official ?Drawing of the Keys?. This was Chevrolet?s attempt to make the car assignment process the fairest.

I drew a ?Black 1SS Manual? for our drive, which we were pleased to discover was a sinister-looking all-black Camaro SS with a touch of red trim accenting upper levels of the car?s fender line and massive 20-inch black wheels with a red highlight stripe just inside the edge of the wheel. The tires on our car were the high performance Eagle F1 Asymmetric 3 run-flat tires. The downside of these tires is they are noisy; the upside is excellent traction and handling. 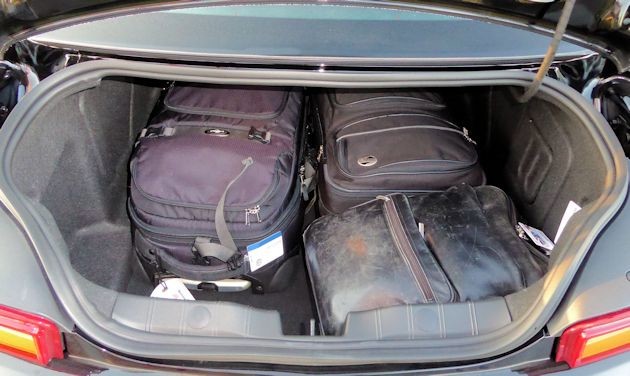 The trunk in the new Camaro holds 9.1 cubic feet of luggage, which was plenty for our bags, plus we had the back seat for any extras. Arv plugged in his trusty radar detector, not that we?d need it, and we were ready to go. 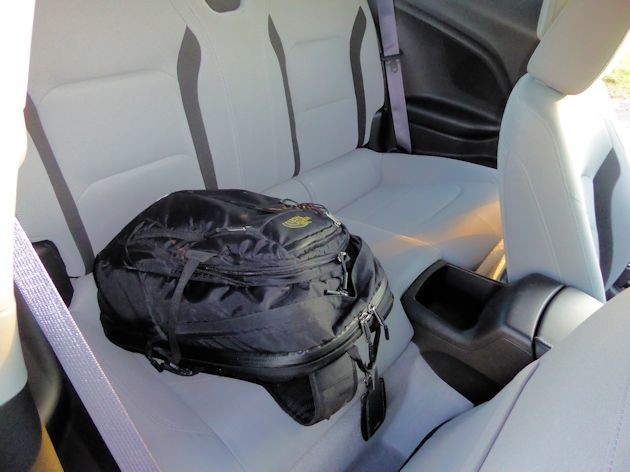 The car is a real head-turner to look at and drew even more attention from the deep throated quad outlets which pumped out the exhaust notes from the 6.2-liter 455-hp V-8 under the hood. Our car was also equipped with the six-speed manual transmission, and everyone knows we auto writers always prefer a manual transmission. While that?s always the fun choice, both Arv and I admit privately we would have preferred the available new Camaro eight-speed automatic transmission which can be ordered with any of the three available new engines?and it shifts faster than we can. 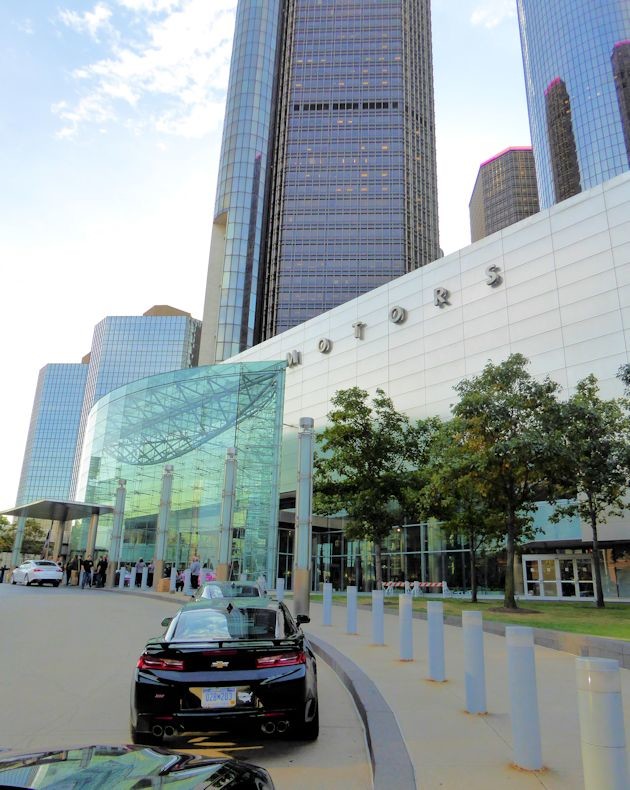 Tuesday morning we left from in front of the General Motors World Headquarters at the architecturally stunning Renaissance Center and headed south on Interstate 75. Someone had told Arv that this road was filled with trucks?but that was an understatement. I?ve never seen so many trucks in one place?it was as if we?d driven on to the world?s largest used big truck lot. They were bumper to bumper, and when one pulled out to pass we were often stuck behind them for several minutes.

We were a bit frustrated by the traffic?and neither of us had seen a road where slow moving traffic is directed to stay in the ?left lane?. This seemed very strange to a couple of old West Coast auto writers, but we soon saw the reason ? it was nearly impossible for a vehicle to merge into traffic from the right with the bumper to bumper truck traffic. So we progressed better once we discovered the right lane was the fast lane. 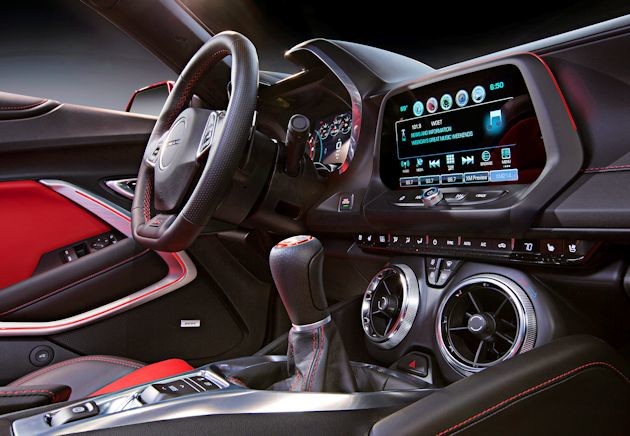 Our original plan was to avoid freeways as much as possible and explore more back roads. However, after calculating the amount of available drive time needed for the 600-mile trip and seeing that our return flights home from Nashville was in the late afternoon the next day, it seemed more prudent to get to the Nashville area as quickly as possible. Then we could see the sights and explore back roads base on the time available?so, we stayed with the freeways.

The Camaro rides nicely on the good roads, but the heavy-duty sport suspension is a bit rough, as you would expect, especially on the infamously rough Michigan highways. 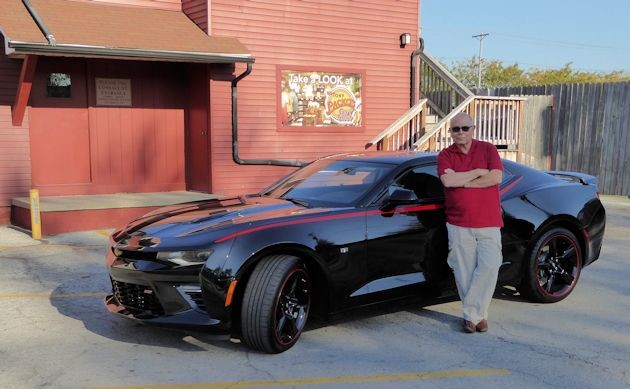 One feature we didn?t get on our road trip car was a built-in navigation system so we decided it was a good chance to sample the turn-by-turn navigation instructions provided by the OnStar communications system. It worked great on the first leg of the trip and we arrived in Toledo, where we planned to try one of the world famous Hungarian hot dogs at Tony Packo?s Cafe (http://www.tonypacko.com/ ). If it sounds familiar, fans of the old television series M*A*S*H might remember that those are the dogs Corporal Klinger (actor Jamie Farr) raved about.

Leaving Toledo after a very early lunch, we decided to try a different route that might have fewer trucks, so we had OnStar plot a route to take us west to merge with Interstate 69. Trying to leave Toledo using the OnStar directions, either the directions were askew or I was, because we found ourselves going in circles in an effort to find the right road out of town. The third time around we decided to go with our instincts and took a road headed in a westerly direction. At Bryan, Ohio, we weren?t certain of our course so we tried another navigation system which real men like us don?t normally use?we stopped and asked for directions. The guy in the big diesel pickup eating a Quesada, said ?left on Main Street and right on route 6? and that would lead us to 69. He was right. 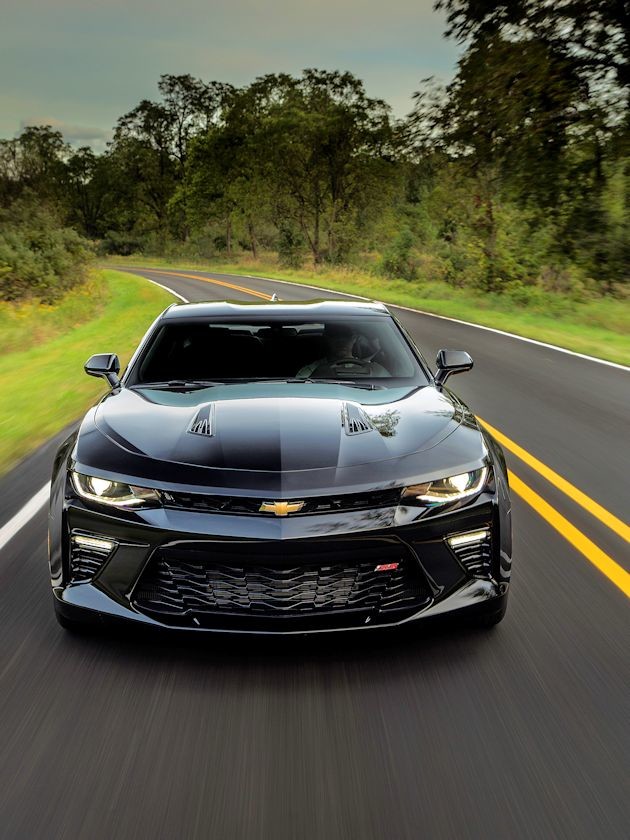 As we drove cross country on back roads through Ohio we had a few opportunities to get a taste of what the 455-hp V-8 could do, when passing and from an occasional stop sign. The car?s performance has a high ?Wow Factor?. Chevrolet says the V-8 accelerates from 0 to 60 mph in just 4.0 seconds. The other two available engines had equally impressive acceleration numbers. The 305-hp V-6 takes 5.4 seconds to accelerate from 0 to 60, and the 270-hp turbocharged four-cylinder does it in 5.6 seconds.

Unlike many new cars that brag about larger sizes, the new Camaro is actually a bit smaller than the previous model, but it maintains the distinctive aggressive Camaro look. At a glance someone might not notice that this car is entirely new, with only the rear bowtie emblem and SS badge remaining unchanged. An unseen, but significant other change was the elimination of 200 pounds (or more based on the model and configuration). 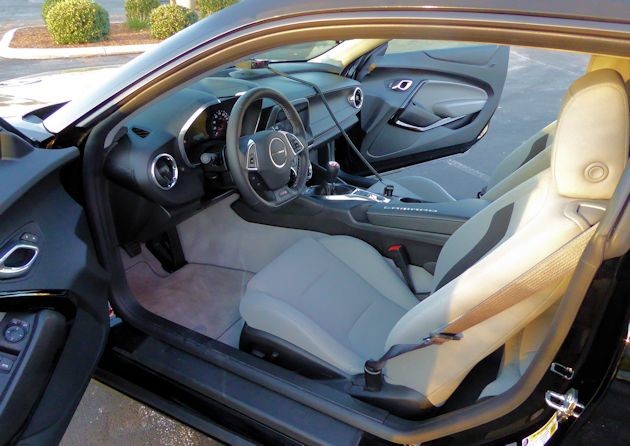 It?s built on the same rear-wheel drive platform as the new Cadillac ATS, which is one of the best handling sport sedans on the market. That means that this new Camaro should handle beautifully, and it appears to. Of course, we?ll learn more about that when my wife and writing partner, Barbara and I get a chance to try it on our local southern Washington State roads. The flat, straight roads through the Ohio cornfields and freeways don?t have a lot of corners to sample handling. 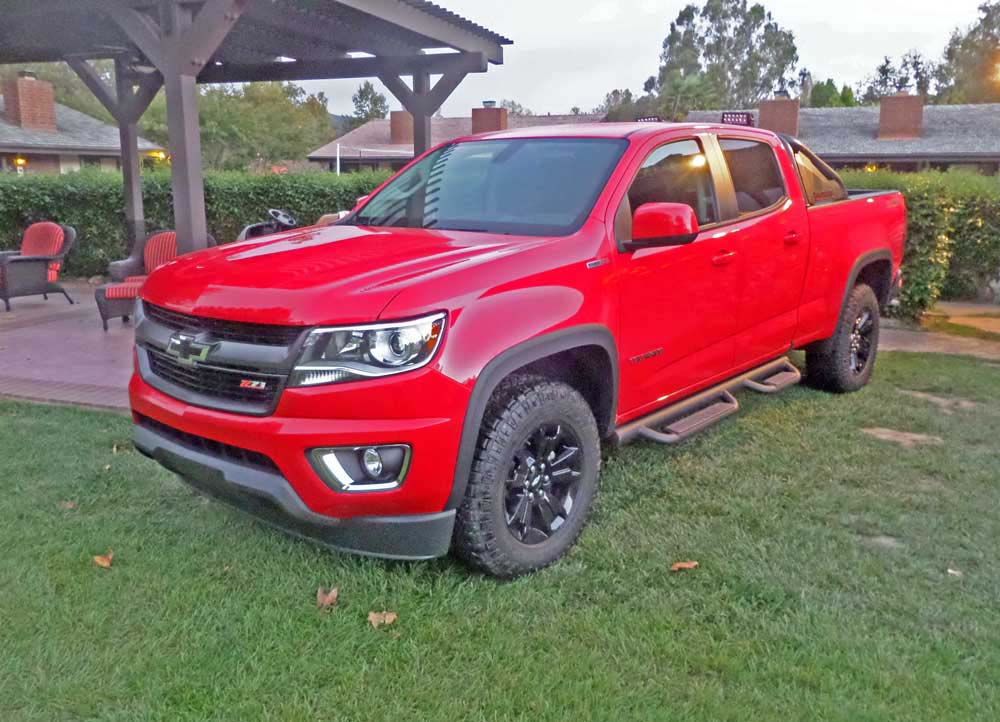 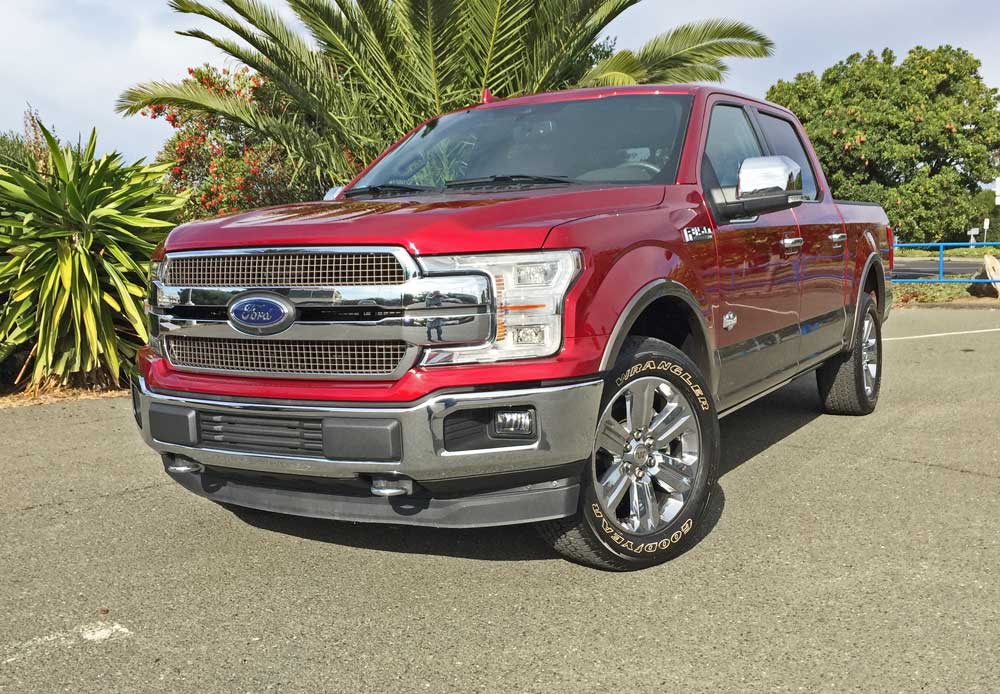