Finally reaching Interstate 69 we drove south planning for a break in Indianapolis before switching to Interstate 65 heading toward Louisville. We drove by the famous Speedway and I abandoned my desire to drop by a couple of the distilleries, keeping in mind what Pete Lewis from General Motors always tells us when we are about to head out on a GM ride and drive, ?we?re burning daylight.?

So we kept motoring south passing the GM Fort Wayne plant that produces the Chevy Silverado and GMC Sierra pickups. Our goal was to spend the night in Bowling Green, Kentucky, where we could make a pilgrimage to the home of Camaro?s spiritual leader the Chevy Corvette and the World Famous Corvette Museum. We wanted to see where the ground opened up under the museum swallowing eight classic Corvettes on February 12, 2014. 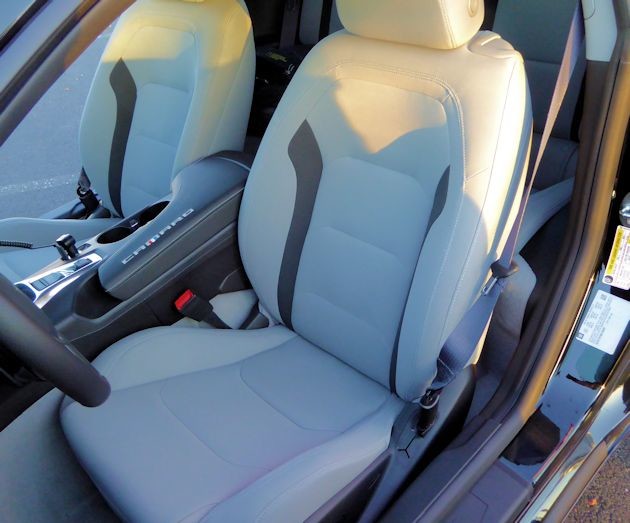 Little did we know that everyone in the country seemed to have descended on the Bowling Green area that Tuesday night and as they say ?there were no rooms at the Inn?, or the Hilton or the Hyatt and most every other hotel in the area. With the help of someone from OnStar we finally found a place to stay. It wasn?t very fancy, but it was clean, and conveniently located right across the street from the Corvette Museum. We?d heard about a great Mexican restaurant in Bowling Green, but by the time we found a place to stay, the restaurant was closed, so we ended our first day on the road with a mediocre hamburger and Coke instead of a combination plate and a couple Negra Modelos. 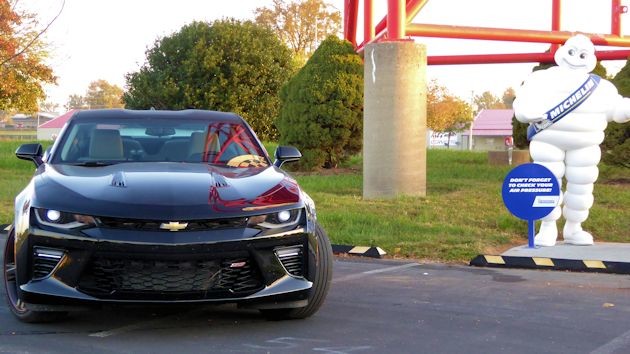 The next morning we were up early and ready to hit the road for the short sprint into Nashville. We didn?t want to wait two hours for the Corvette Museum (http://www.corvettemuseum.org/ ) to open, so we took photos of our ?Black 1SS Manual? in front of the Museum before leaving town.

Back onto Interstate 65 early in the morning, we expected for traffic to be flowing at the 65 mph speed limit or above, but just south of Bowling Green it slowed to a crawl. 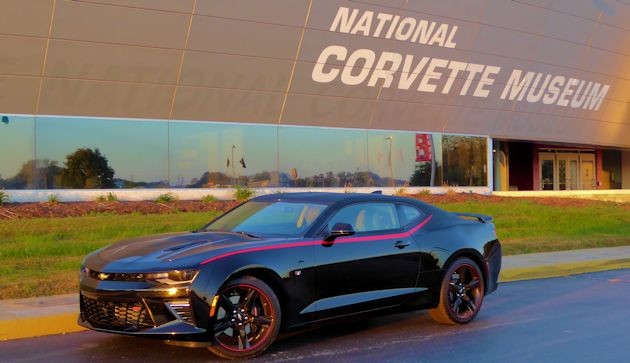 As we crept toward Nashville, it was time for breakfast and a chance to introduce Arv to the Cracker Barrel restaurant (http://www.crackerbarrel.com/ ). And to our good fortune the next exit had one, so we aimed the ?Black 1SS Manual? off the Interstate 65 parking lot and into the Cracker Barrel parking lot.
My wife Barbara and I had tried a Cracker Barrel breakfast a couple of years ago and they have become a favorite stopping place when we are on a road trip. After a great breakfast, I think Arv is now a fan, too. 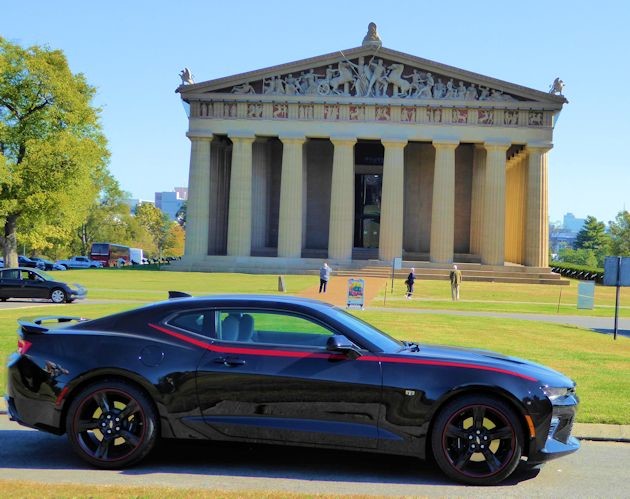 After breakfast the Interstate 65 parking lot had cleared and we had smooth sailing into Nashville. We did a little sightseeing in the ?Black 1SS Manual? in Nashville seeing places like full size replica of the Parthenon and very cool Lane Motor Museum on Murfreesboro Pike. The Lane Museum has more unfamiliar cars than any other automotive museum I?ve ever seen ? it?s a must see if you?re into cars. You can see more about it at their website at www.LaneMuseum.org. 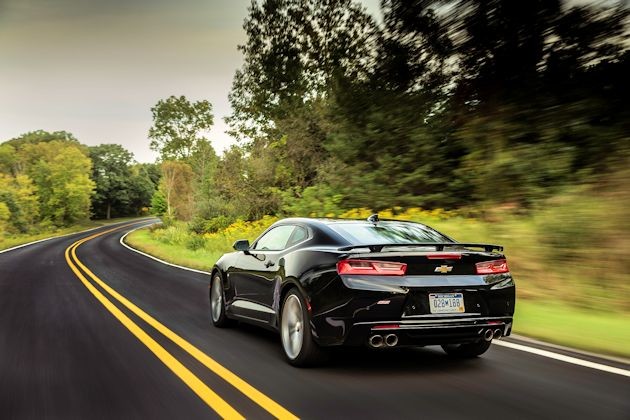 Early in the afternoon we dropped our ?Black 1SS Manual? at a hotel after our 600-mile road trip and caught a ride to the Nashville International airport for a flight home. I made it home on time, but Arv?s flight was canceled he was stranded overnight in Nashville.

That was leg one of the Chevrolet Camaro ?Find New Roads Trip?. The following morning 10 new teams of auto journalists drew keys, and another team took off in ?Black 1SS Manual? headed for Kansas City. All total the 20 Camaros are going to log about 150,000 miles and produce a plethora of words, Instagram?s, Tweets, photos and all those other things. The drive ended in Los Angeles on November 18 just in time for the annual Los Angeles Auto Show and I?m told a feast of In-And-Out Burgers and fries.

You can read much more about the Chevrolet ?Find New Roads Trip? on their website at http://www.chevrolet.com/find-new-roads-trip-tour.html .

Chevrolet did a great job on the 2016 Camaro. It?s especially strong in the important areas of style, performance and technology. The car is really built just for two people because the rear seat is only large enough for small children or an emergency passenger. The seats, driving position and ergonomics are all good, but it tends to be a bit noisy and not with the deep throated V-8 rumble. It?s more a concession to the tires ? good traction and handling versus noise.

One of the cool features of the Camaro is the ability to buy it at multiple performance levels from very good up through great. In its base forms with the four-cylinder turbocharged or V-6 engines it has excellent performance, or if you are a customer that wants the most out of your sports coupe the V-8 powered SS has world class performance at a very low price. It also gives shoppers the ability to add great features like the Brembo brakes and GM?s awesome Magnetic Ride Control to get even better performance.

The level of technology in this car is astonishing, too, with the features available through OnStar system, 4G LTE, Apple CarPlay and Android Auto connectivity.

Evidently Motor Trend Magazine thinks so too, they named the Chevrolet Camaro the ?2016 Car of the Year.? 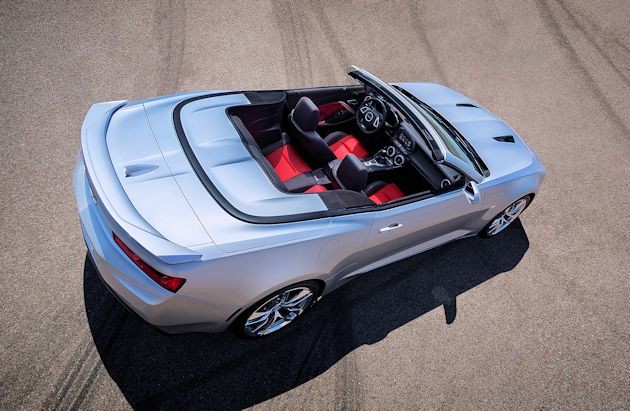 The 2016 Chevrolet Camaro Convertible is not quite ready to go but will be rolling into the dealerships early in 2016. It?s the only convertible in its segment offering a fully automatic release and secure for the top by pressing just one button. It?s capable of opening or closing at speeds up to 30 mph, and can even be opened remotely from the key fob. When the top is down it?s covered with a great-looking tonneau cover.
?From the beginning, the Camaro?s architecture was developed to incorporate a convertible with uncompromised driving dynamics,? said Al Oppenheiser, Camaro chief engineer. ?Customers will appreciate what they don?t feel: quivers, cowl shake or an under-damped chassis typically found in a four-seat convertible.? 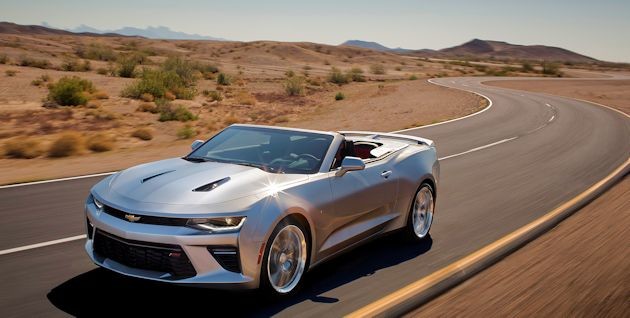 Follow-up on the Chevrolet Camaro Find New Roads Trip
The Chevrolet ?Find New Roads Trip? ended in Los Angeles on November 18 logging a total 171,252 miles in the 20 Camaros used for the trip. Here are some of the other details from the four-week long road trip: * 15,600 vehicle-location ?pings? were registered to verify the fleet of 2016 Camaros visited all 48 states.

* The participants pushed the OnStar ?Blue Button? to get information and help, a total of 553 times.
* 144 hotel rooms were booked using the OnStar AtYourService concierge.
* There were zero Roadside Assistance Requests
* There were public Find New Roads Trips events held in 16 cities with more than 3,000 people participating. 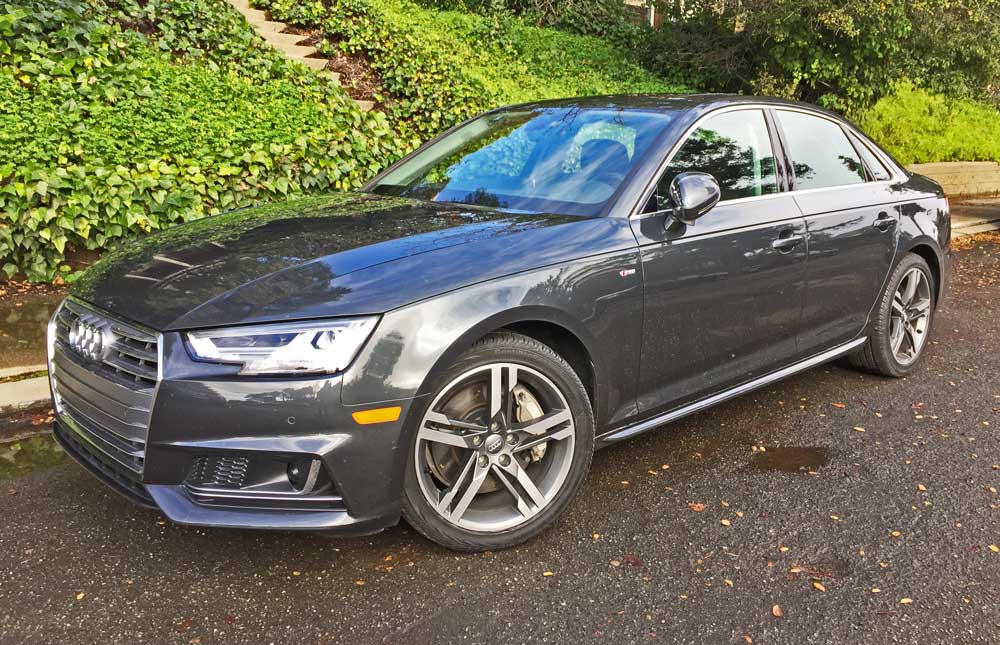