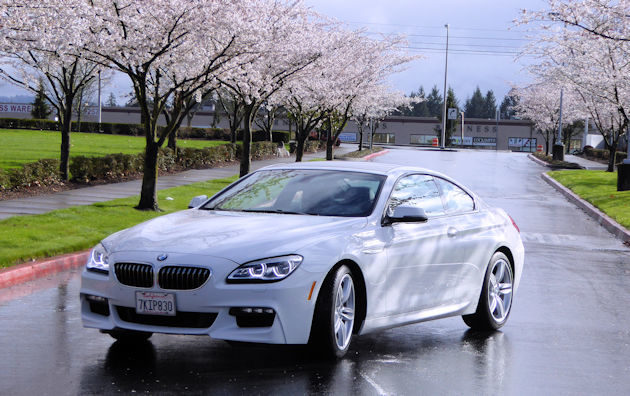 The BMW 640i is a giant in the petite world of upscale luxury coupes. It?s a mixture of fine art, elegance, comfort and as always with BMWs, it?s ?The Ultimate Driving Machine.?

Now in a third generation the 2016 BMW 640i Coupe is going into the fifth model year since the totally new model debuted. Very often when cars get this far along in the lifespan of a design they start to show some age in design, structure or features, but not the 6 Series.
We had never considered the BMW vehicles to be design leaders, but in the last half-dozen years many of the models, including the 6 Series, have lost some of their Teutonic ?stiffness? to become the beautiful pieces of art that demand that you turn and look back as you get out and walk away. 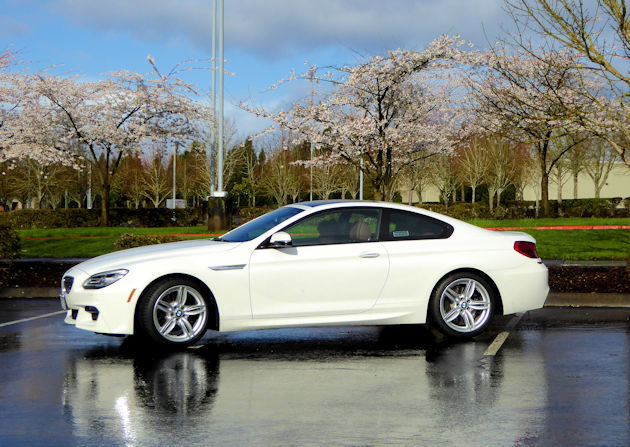 This sport touring coupe has a fresh modern interior designed to immerse its passengers in elegant comfort while providing the latest in technologies and infotainment. The coupe seats four adults, but like nearly all coupes it?s at its best with a couple. Otherwise, if there are four in the car, be sure to call ?shotgun.? 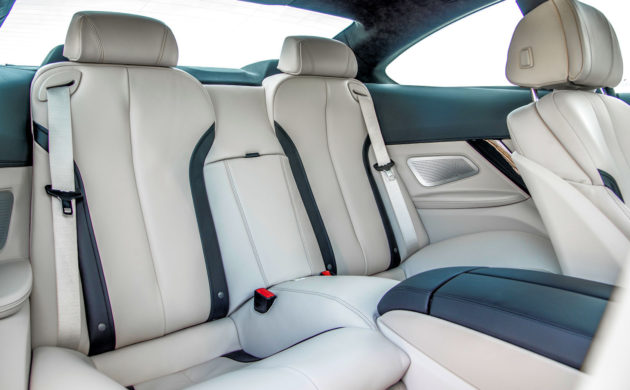 The dash is classic BMW with simple instrumentation, with well-organized lines of controls, and a large high-mounted screen to show the way and lead the driver through the settings. We have criticized the BMW iDrive for years, but admit, it?s starting to make more sense lately, perhaps from our understanding of the system and partly due to BMW refinements. It?s still not our favorite, but it?s looking better all the time. 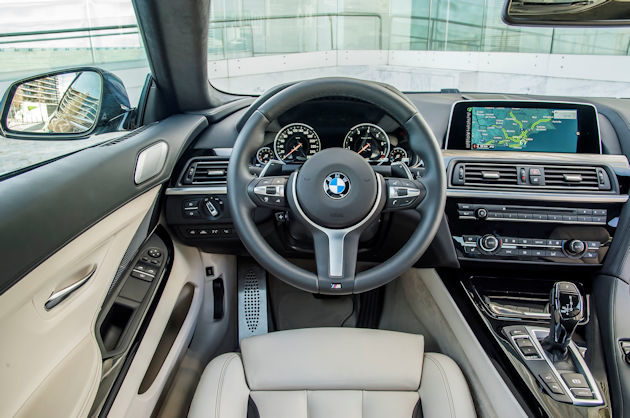 Driving a BMW is always a challenge, initially. The operating design demands some changes to routine patterns, for example it requires pushing the start/stop button twice to turn the car off and pulling the door handle twice to get the door open. And there are several other controls that operate the BMW way, which is often different, or requires the driver to learn the BMW ?drive language.? 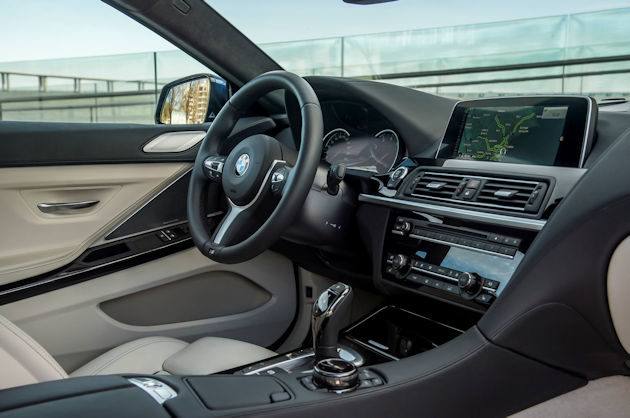 As The Ultimate Driving Machine, however, the 2016 BMW 640i xDrive Coupe is amazing. It?s like working with any precise tool. It goes where you want, when you want in a beautiful dance with the road. Hit the brakes, it stops quickly time after time. It?s powered by a 315-horsepower 3.0-liter single twin scroll turbocharged in-line six-cylinder engine with an eight-speed sport automatic transmission. Our test car was the xDrive model, which means all-wheel drive. That also means all-weather traction, better handling and of course better acceleration ? no wheel spin. 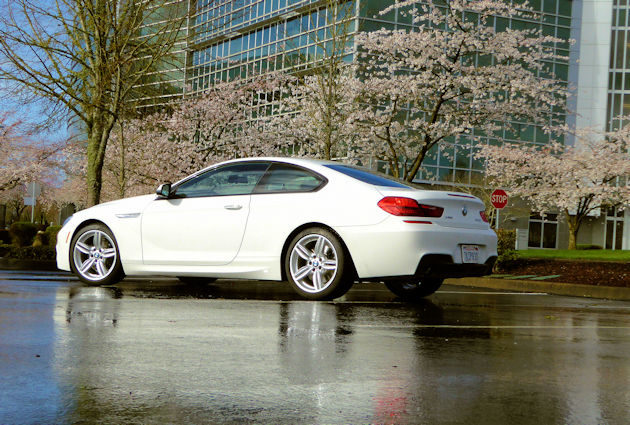 The 640i xDrive is surprisingly quick for a two-ton car with a six-cylinder engine. It makes the 0 to 60 mph acceleration run in a mere 5.3 seconds. If you happen to be on a track and want to open it up to see what it will do, you?ll find the top speed (limited) at 130 mph or 155 mph when (optionally) properly equipped for the higher speed. Owners who want more can opt for the 650i with its 445-hp twin turbo 4.4-liter V-8 which drops that 0 to 60 mph time by a second. 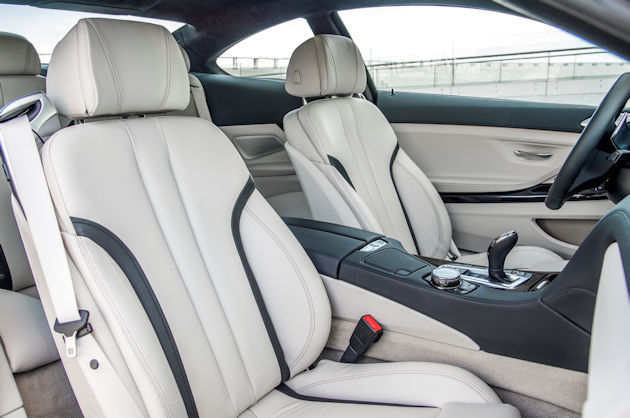 Fuel economy for the 640i xDrive is rated at 20 mpg city, 29 mpg highway and 23 mpg combined by the EPA. The engine has an automatic start/stop system which shuts the car down at stoplights and other stops to save fuel. When we first drove a BMW with this feature a few years ago the car shook during the restarting process, but they have fixed that problem, its nearly invisible now, and the system can be easily be turned off, but it defaults to on. We averaged 24.5 mpg during a week of mixed driving. 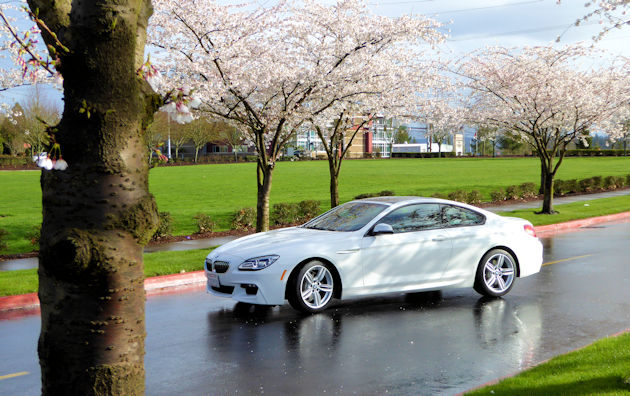 As we expect on an $80,000 plus luxury coupe, the level of standard equipment is extensive with everything from an alarm and universal garage door opener to heated front seats and Park Distance Control. In typical BMW fashion, however, there are also multiple options including an extensive list of colors, accent packages and leathers, along with some important extras like the Driver Assist Feature (Active Driving Assist, active cruise control, blind spot detection, side and top view cameras and speed limit information) which adds $2,900. 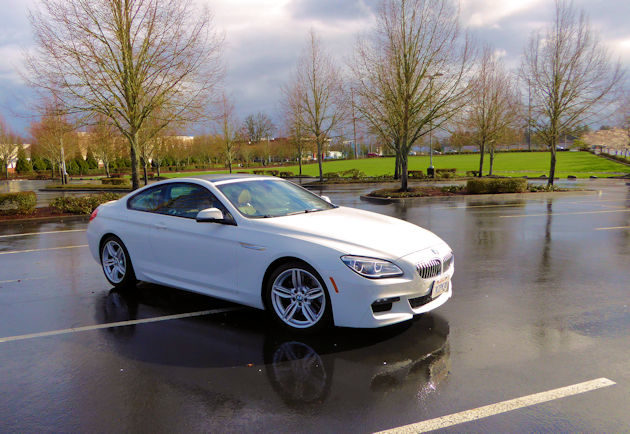 The BMW 6 Series Coupe pricing starts at $78,295, including the destination charge, for the 640i coupe, while the V-8-powered 650i Coupe starts at $92,695. The all-wheel drive (xDrive) is a $3,000 option on either model. The 6 Series is also available as a convertible or the four-door coupe version called the Gran Coupe.

The 2016 BMW 640i xDrive Coupe is a very special vehicle that produces outstanding performance and luxury for those who can afford the price. 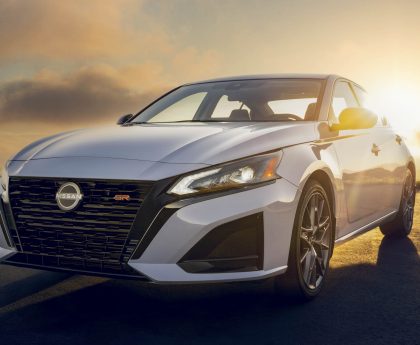 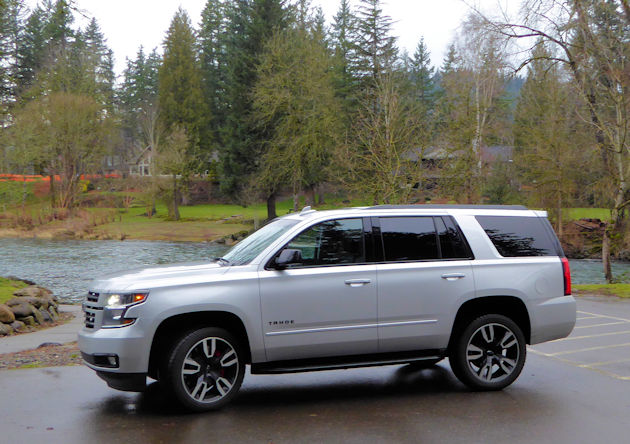