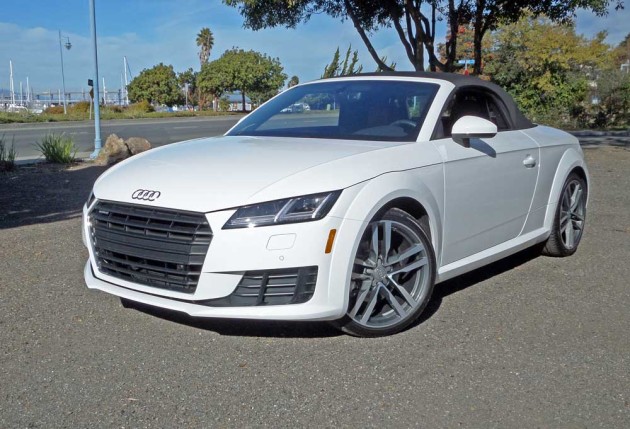 The highly popular and stunningly beautiful Audi TT is all-new for the 2016 model year, and it will come in three versions ? the Audi TT Coupe, an Audi TT Roadster and the flagship Audi TTS which is available only in Coupe form, and will come at a later date. 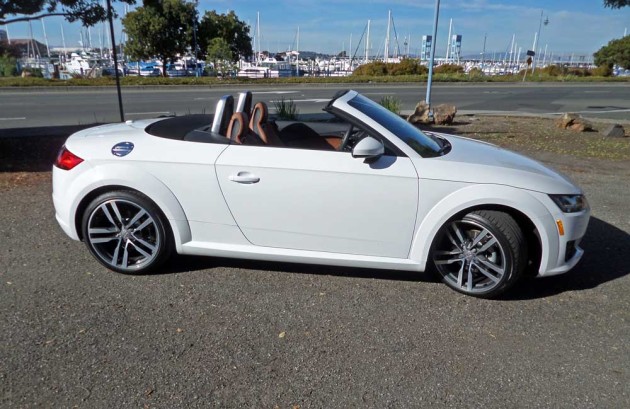 The styling is new, without losing the appeal of the original TT models. The new design is characterized by the use of innovative technologies that are focused on the driver. Perhaps the most noteworthy and innovative feature is the all-new Virtual Cockpit, which is an entirely digital instrument cluster that revolutionizes driver interaction with the vehicle, replacing traditional gauges and interfaces with a customizable instrument display in a unique, 12.3-inch TFT screen that combines the functions of a central MMI? system with a traditional-looking panel of gauges featuring crisp, clear 3D graphics, including Google based navigation with turn by turn instructions and Google Earth views. The display appears directly ahead of the driver. 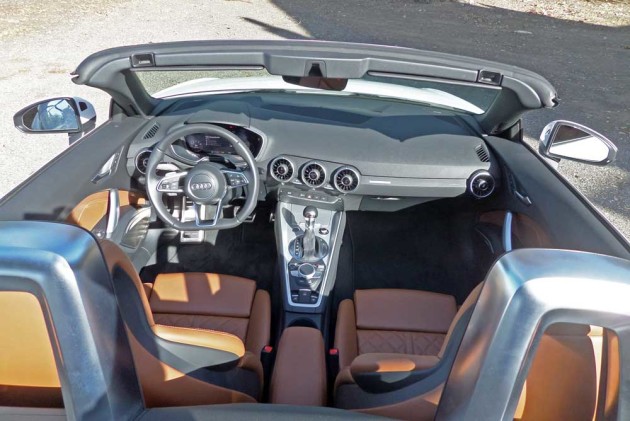 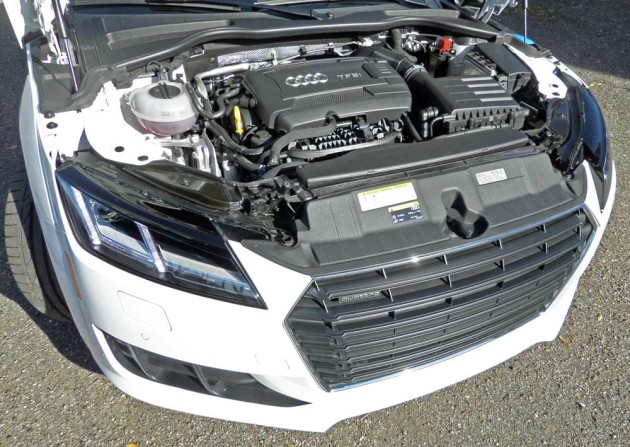 Power for both the 2016 Audi TT Coupe and Audi TT Roadster is provided by a 2.0-liter DOHC, 16-valve, with valve lift system Turbocharged/TFSI? four-cylinder engine that produces 220 horsepower in a range from 4,500 to 6,200 rpm, while also developing 258 pound feet of torque from 1,600 to 4,400 rpm. Motive force from the engine reaches the driving wheels through Audi?s Quattro all-wheel drive system, via a six-speed S tronic DCT automatic transmission with steering wheel mounted paddle shifters. A new quattro? all-wheel-drive system varies the delivery percentage of torque from front to rear by measuring the traction coefficient at all four wheels with 150 readings every 10 milliseconds, which for the first time may be controlled by the driver through the Audi Drive Select system. The Quattro system has a rear-wheel power bias when in Dynamic Mode. 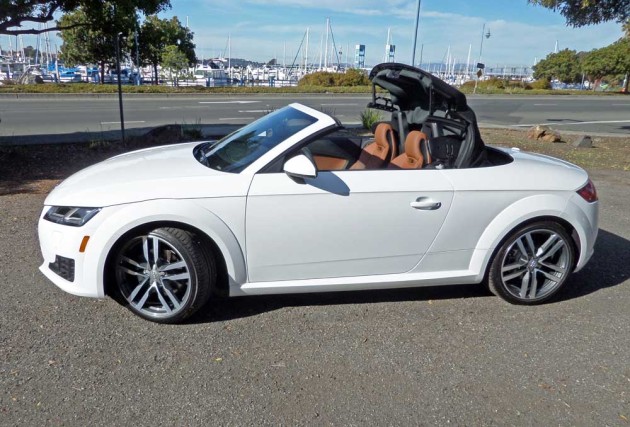 The Audi TT Coupe and Audi TT Roadster are identical in nearly every detail, the only exceptions being the top configuration, curb weight, drag coefficient and 0-60 times.

The digital HVAC controls eliminate the necessity for a conventional dash console, and integrate fan speed, air vent selection and temperature directly into the center of three central vents, along with the respective heated seat controls into each side vent. 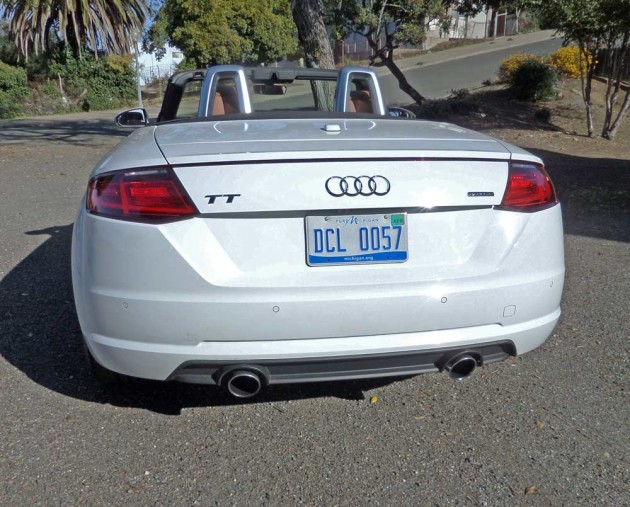 Visually, up front, the new Audi TT models sport a wider and flatter Singleframe? grille, along with sharp contours spanning the hood, where the iconic Audi rings are now placed. Full LED headlights are now featured as standard fare. Aft, the twins, round tailpipes are centrally mounted and the rear spoiler is electrically operated. Taillights are also LED with dynamic turn signals, and there are rear-parking sensors. 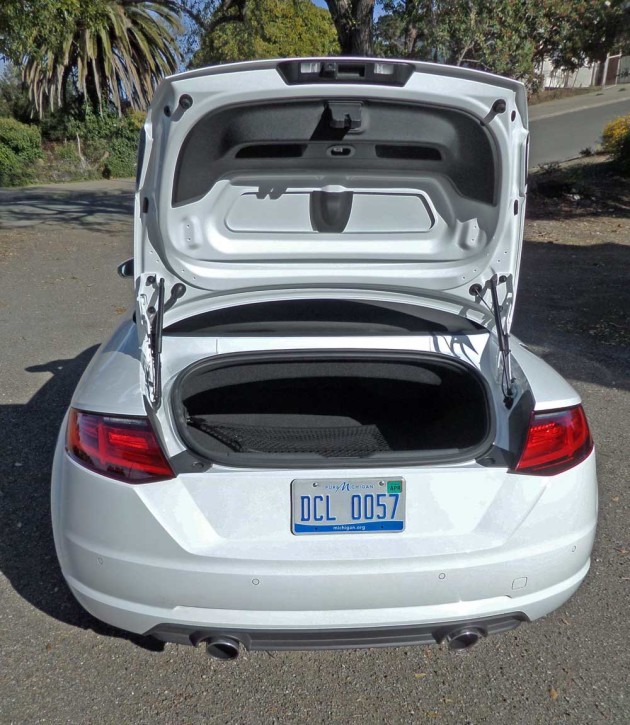 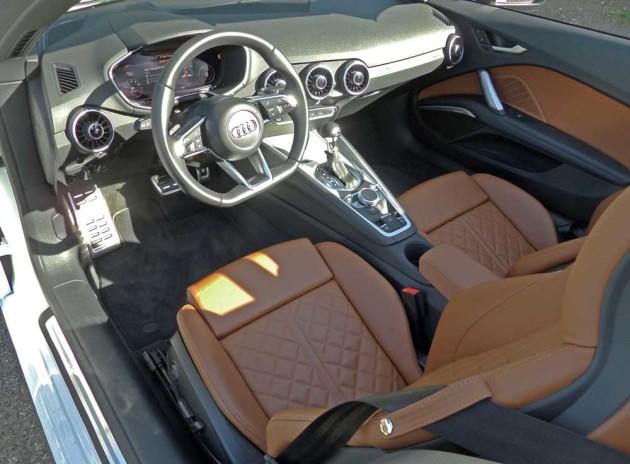 My preference for open cars was nearly overcome by the classy, aerodynamic design of the new third generation Audi TT Coupe, but I?ll still take the drop top as my first choice.

During the national press introduction, my production test version 2016 Audi TT Coupe wore a Tango Red Metallic exterior finish, while the interior was done in Black with quilted seating surfaces. The base price was set at $42,900., while the options including the Tango Red Metallic paint, the Technology Package, 19-inch wheel package, S Sport seat Package, Bang & Olufsen Sound System and Destination charge, elevated the final sticker to $50,600. I only had a brief stint in the Blue roadster during the press intro, but just recently had the opportunity to spend time with my favorite model ? the Audi TT Roadster which came with an Ibis White exterior finish with a Black top and a Palomino Brown leather interior. Its base sticker read $46,400, while the final count and amount came to $54,125. Extras included: the Technology package; S Sport seat package; 19? wheel package, Bang & Olufsen sound system and Destination charge.

SUMMARY: The Audi TT Roadster is not just a sporty car, it is a true sports car, capable of delivering stellar performance in virtually any driving scenario. The TT Roadster may be comfortably driven in urban surroundings or securely in a race scenario, with the top up or down. The top operates in either direction in a mere 10 seconds at the touch of a single switch at speeds up to 31 mph. There are roll hoops with Aluminum-optic trim, along with an Aluminum-optic fuel filler door, featuring the TT logo and capless refueling. An adaptive rear spoiler may be activated manually, or deploys and retracts automatically dependent upon speed. 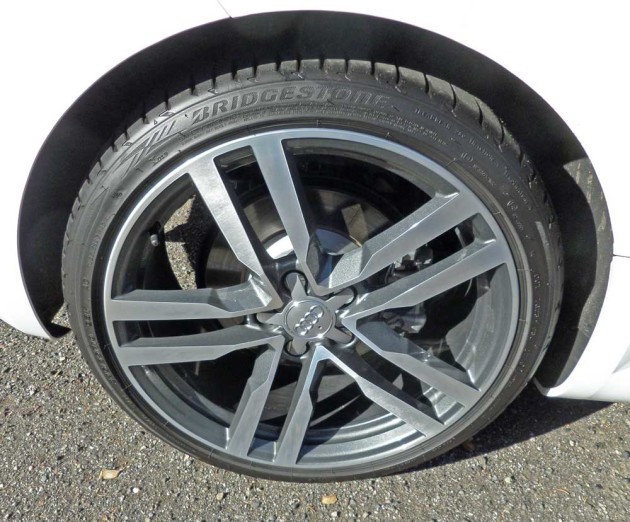 The car performs beautifully in the normal or comfort mode, but is most enjoyable when placed in dynamic sport mode through the Drive Select switch with Quattro engaged. Steering is spot on and instantly responsive, the ride quality is firm, but not punishing and best of all, the TT sticks like glue to the road when pushed vigorously, without a peep from the Bridgestone Potenza tires. The car?s lightweight, thanks to its all aluminum body construction, allows it to be tossed about with abandon, and the Drive Mode selector enables the driver to tailor the suspension settings, throttle mapping and shift points to suit his or her individual taste and driving style.

The new virtual cockpit is a revelation that allows the driver to focus on the road, rather than searching around for important desired information. Switchgear is simplified and intuitive, enhancing the pure pleasure of driving. Seats are highly supportive as well as comfortable.

In the final analysis, one would be hard pressed to find a more enjoyable sports car than the 2016 Audi TT in either Coupe or Roadster form, that embodies sexy, appealing styling and confidence building handling at a reasonable price point. The 2016 Audi TT Roadster is the best TT ragtop yet, but if a higher performance level is your cup of tea, you?ll probably want to choose the Audi TTS Coupe, which is sure to satisfy when it becomes available. 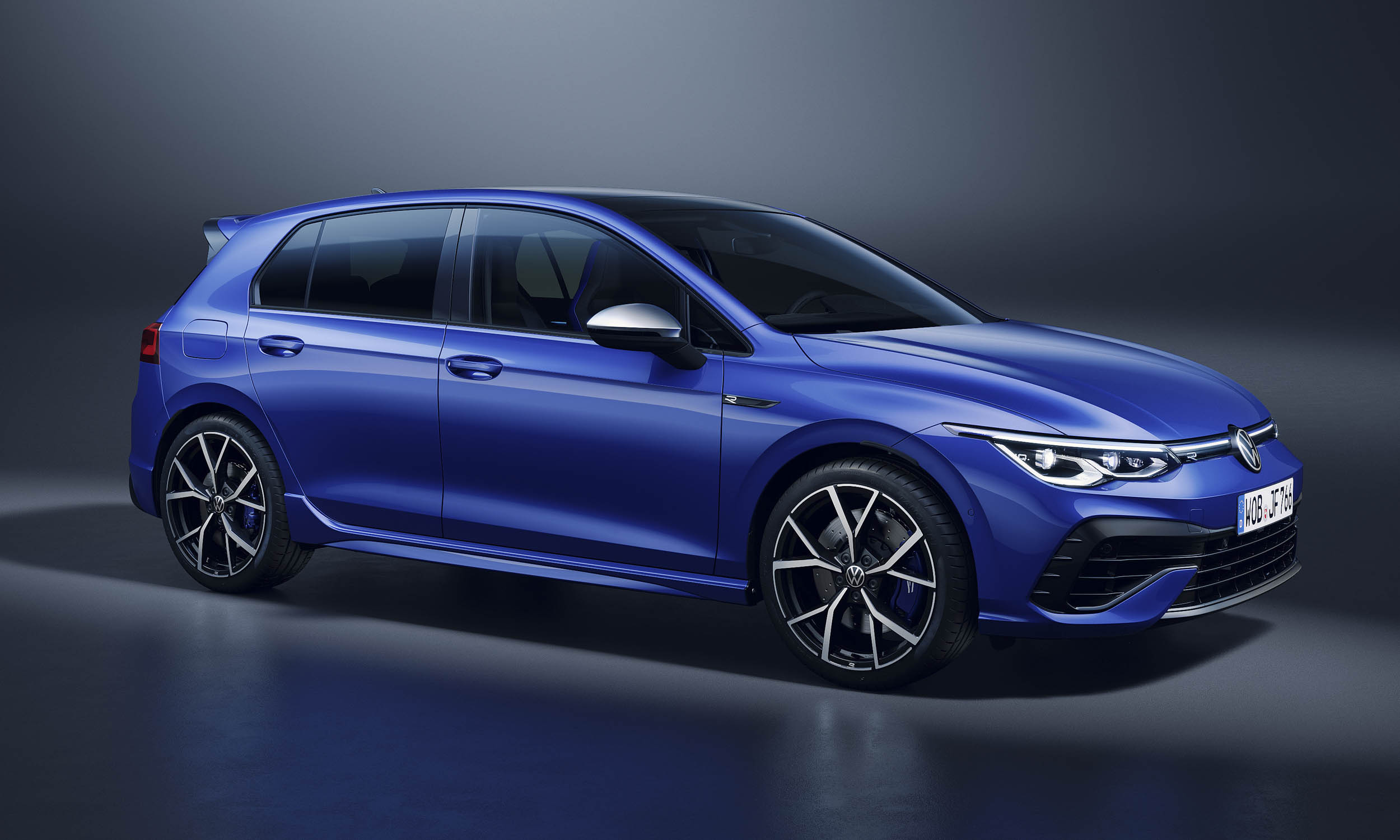