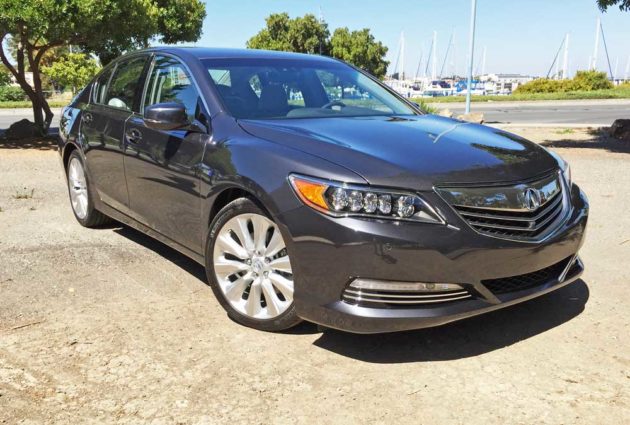 Acura introduced their new RLX flagship with P-AWS (Precision All-Wheel Steering) in 2014, powered by a 3.5-liter V6 that produced 310 horsepower and 273 pound feet of torque that metered the driving force to the driving wheels through a 6-speed automatic transmission. It was followed by another new 2014 model RLX ? the Acura RLX Sport Hybrid that introduced an innovative and unique powertrain concept with a total of three electric motors. 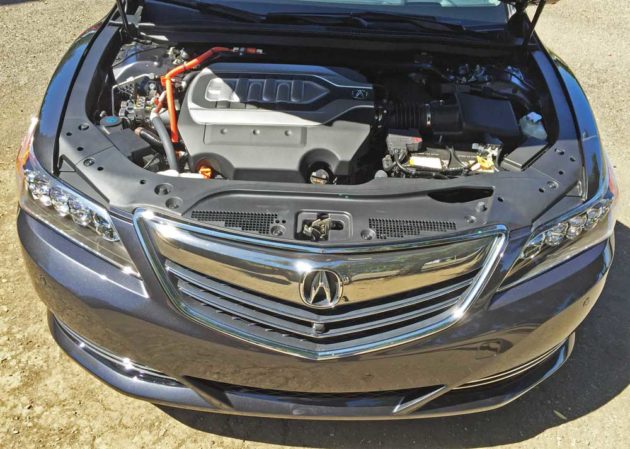 There was no 2015 model, but the RLX picks up for the 2016 model year employing the same 3.5-liter V-6 featuring the motor-integrated 7-speed Dual Clutch transmission with a built-in 35- kilowatt (47 hp) electric motor with sequential SportShift paddle shifters, Automatic Drive Mode, Grade Logic and Shift Hold Control, with a fully electronic Electronic Gear Selector (shift-by-wire), Park, Neutral and Drive are selected with the push of a button. Reverse is selected by pulling back a dedicated switch. Indicator lights near the buttons indicate the mode selected, with Sport and Normal modes available. 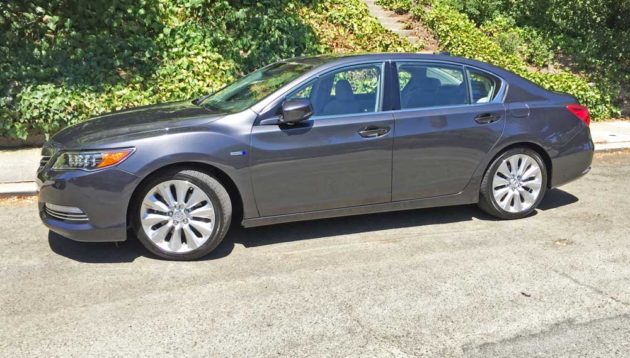 The 2016 Acura RLX Sport Hybrid SH-AWD continues to focus on the synergy between man and machine, delivering the performance equivalent of a V-8, but the combined fuel economy efficiency of a 4-cylinder engine, while providing exhilarating and precise handling attributes. This synergy is indicative of ?Takaburi? (exhilarating) and ?Inomama? (at the will of the driver). When compared to its competitors, the Acura RLX is longer and wider than the Audi A6, BMW 5 Series, Lexus GS series, and Mercedes-Benz E-Class. 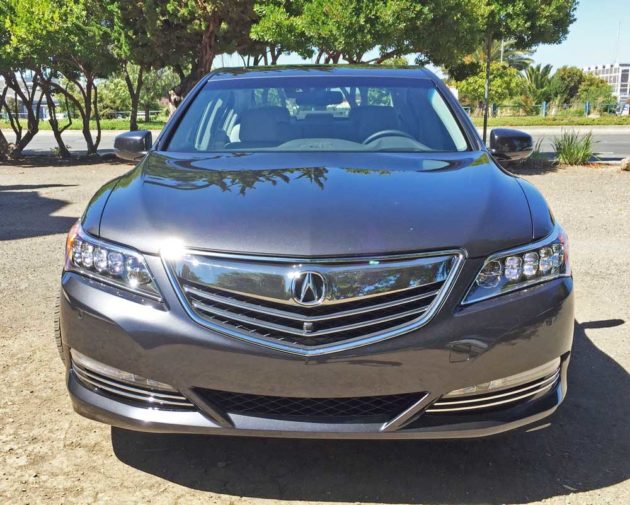 In terms of its visual appeal, the 2016 Acura RLX Sport Hybrid SH-AWD blends a sleek overall shape, an ?aero-fused? cabin silhouette, and close tolerances for the wheel wells and body-panel gaps for heightened elegance and aerodynamics. The styling begins with a dynamic front-end featuring the RLX?s signature Jewel Eye LED headlights, a substantial presence that imparts a look of power and confidence, while also proving highly aerodynamically efficient, providing powerful down the road illumination and even encompassing advanced pedestrian safety features. Decisive character lines begin alongside the hood, sweeping over the front wheel arches, then along the body sides, which feature lines that subtly rise along the lower body sides, changing the light reflections and creating a visual signature for the RLX. 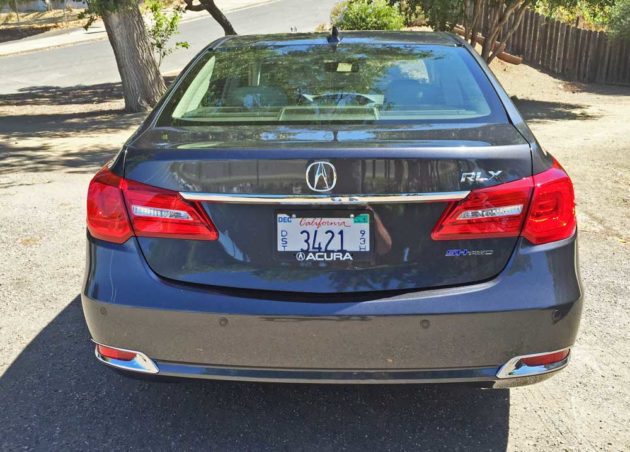 The cabin is wide and aerodynamic, allowing for a roomy interior and a quiet ride quality as air slips smoothly over the cabin?s flush-mounted available acoustic glass and other drag- and turbulence-reducing design details. Wheel-arches use a much smaller gap to the tire than on the RL, resulting in a poised, integrated and finished look for the profile. The rear of the RLX body is also dynamic, where the cabin is noticeably wider than that of either the outgoing RL, as well as primary competitors, lending a look of solidity. The wider overall width and wider track is also significantly enhanced compared to the last RL model. 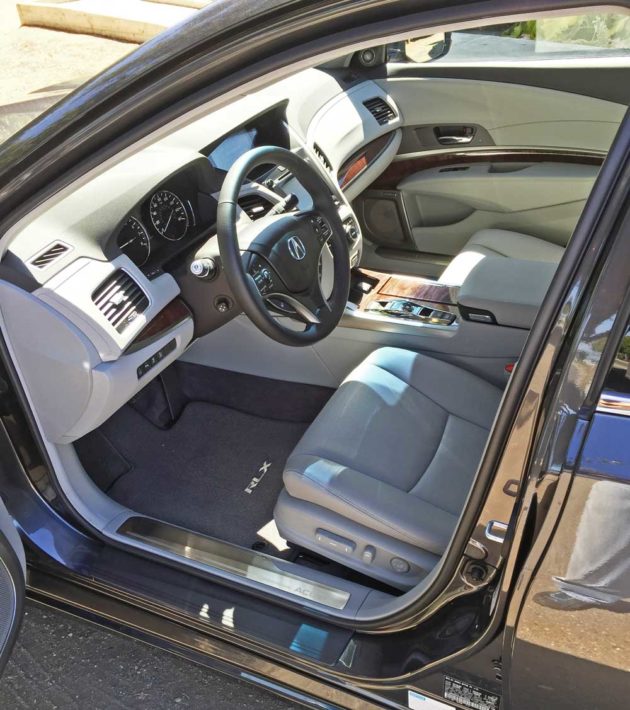 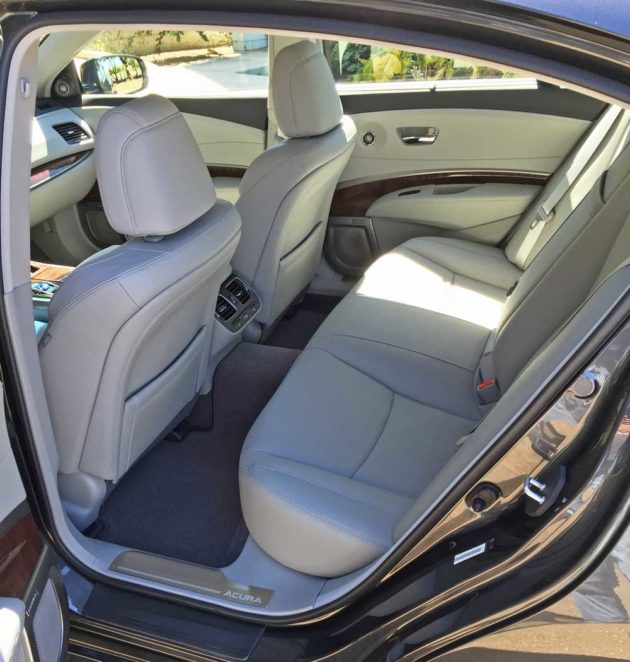 My test 2016 Acura RLX Sport Hybrid SH-AWD was in the highest Advance trim. There?s also a lower priced Tech model available. The base sticker read $65,870 while the final tally came to $66,870 after adding the Destination and Handling charge. My Advance trim RLX Sport Hybrid tester sported a Graphite Luster metallic exterior, with the interior done in Gray and Charcoal tones with polished wood trim accents. 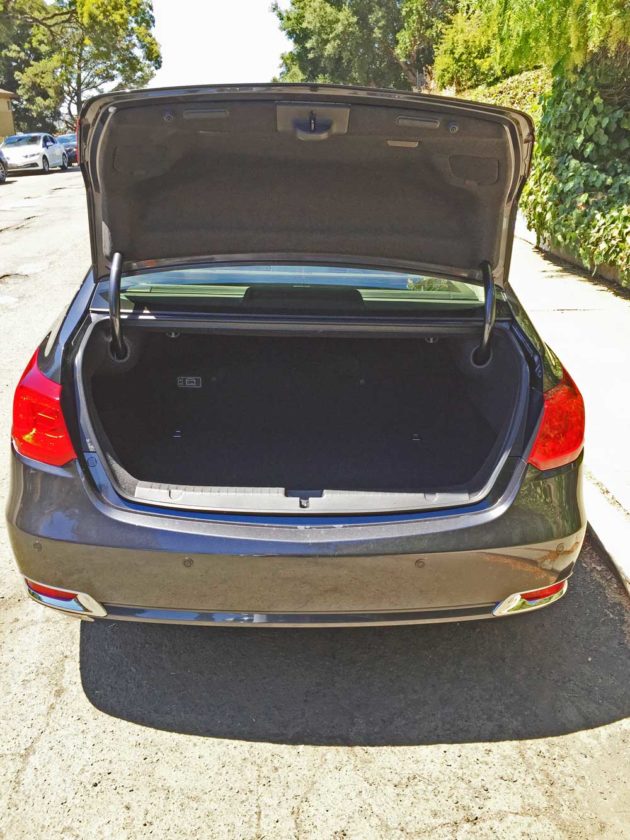 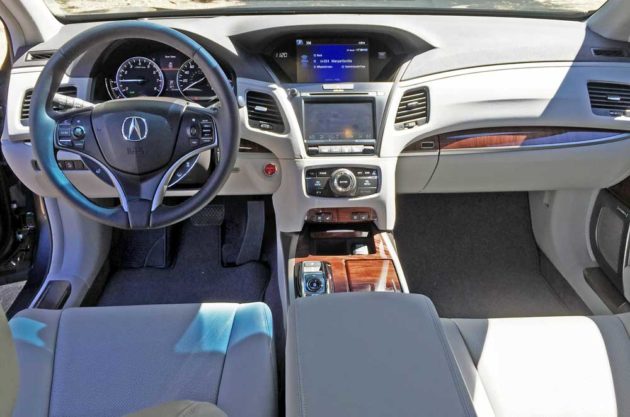 SUMMARY: Acura had portrayed the 2014 RLX P-AWS version as the epitome of Smart Luxury, but the term seemed to lack substance and didn’t really reflect the car’s true intended image in my opinion. Essentially, it is a spirited, luxury sedan that performs well, is comfortable, and given the content of the Advance model, certainly justifies the price tag, which is lower than some competitive luxury sedans. Driving the Acura RLX Sport Hybrid defines its place in the segment, with a much higher level of emotional response in terms of its performance. It is an attractive vehicle, but its flagship status would benefit from a greater styling differentiation, setting it apart from its stablemates. Never the less, the Sport Hybrid is so well outfitted and performs so well, it belongs on the list of anyone shopping for an impressive luxury performance sedan. 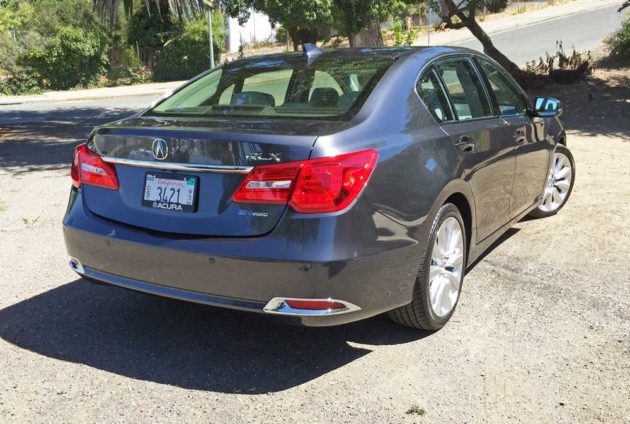 Acceleration is stellar, handling is superb and the fit and finish top-notch. The seats are highly supportive and comfortable, and the ride quality is firm, but compliant, and the electrically assisted 7-speed DCT transmission is amazing, performing gear changes perfectly and smoothly, with downshift rev-matching that proved to be superior to the ability of most drivers. Shifting was spot on as was the electronic steering input and output. The new Electronic Gear Selector is a prime example of ergonomic simplicity and enhancement. 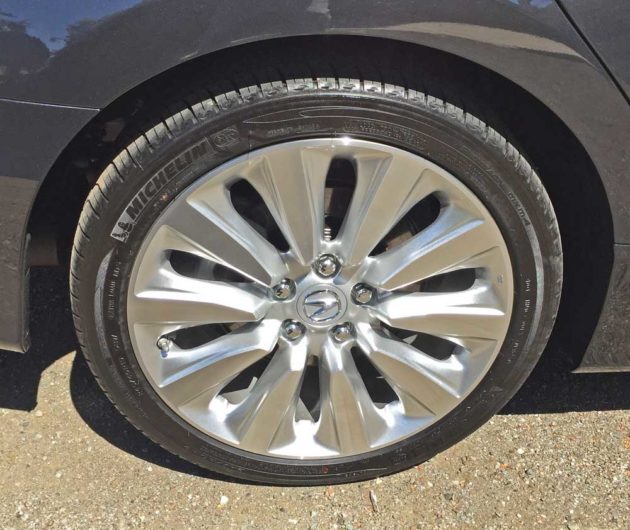 Until the Acura NSX debuted, the RLX Sport Hybrid was the most powerful, efficient and well-equipped vehicle produced by Acura. The NSX l also features three electric motors, but in a reversed format, with the two electric motors driving the front wheels rather than the rear. In the meantime, the Acura Sport Hybrid SH-AWD in Advance trim is an ideal luxury performance sedan that delivers almost everything one could imagine or need. In fact, if it?s not there, you probably don’t need it, as all the latest, state of the art technologies and features are included in its content. 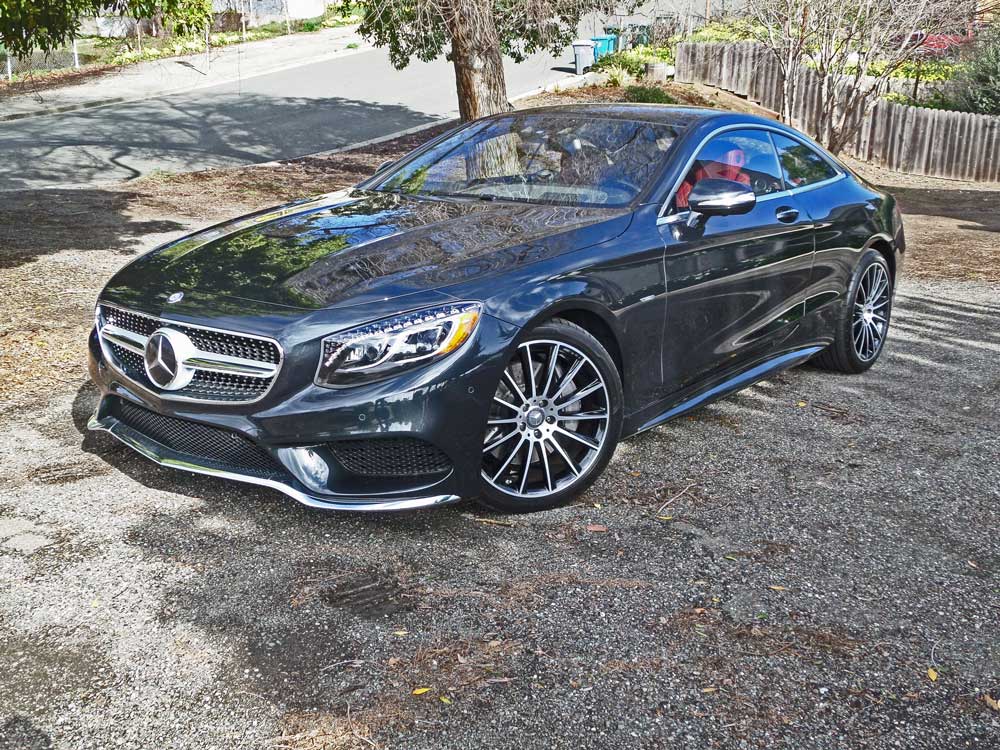