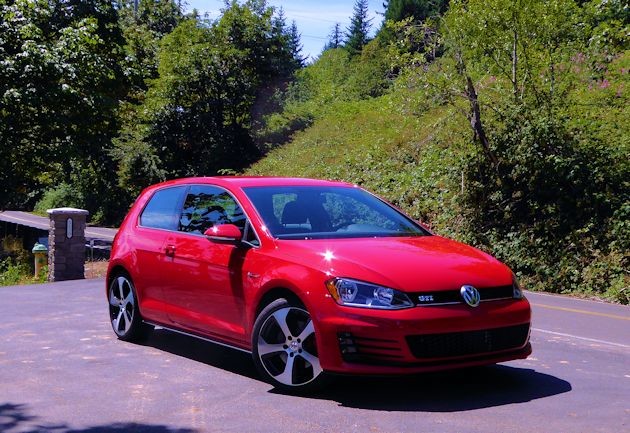 By Barbara & Bill Schaffer
The 2015 Volkswagen Golf comes in more variations than there are items on the In-N-Out Burger menu: two-door, four-door, gas, diesel, GTI, Golf?R and even an electric Golf. And that doesn?t include the different trim levels and occasional special editions.

What makes the Golf even more interesting is the massive number of them on the road. Since the Golf went on sale in 1974 there have been more than 30 million sold worldwide ranking it the third best-selling model of all time one spot ahead of the Volkswagen Beetle, and just behind the Toyota Corolla (1) and Ford F-Series (2) truck. 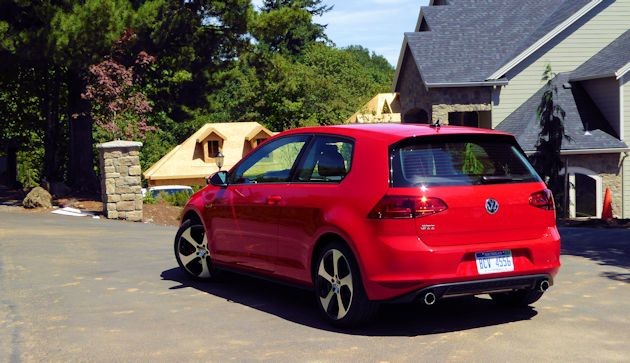 German engineered cars are different than the rest of the world?s fleets. It?s not that they are necessarily better, but few cars drive as well as they do. We?ve always been impressed with the handling and dynamics of the Golf models we?ve driven over the years, but the GTI ranks right at the top in our book.

Since the all-new 2015 version was released it has been awarded a multitude of ?best car? awards from a variety of magazines, and was named the 2015 North American Car of the Year. 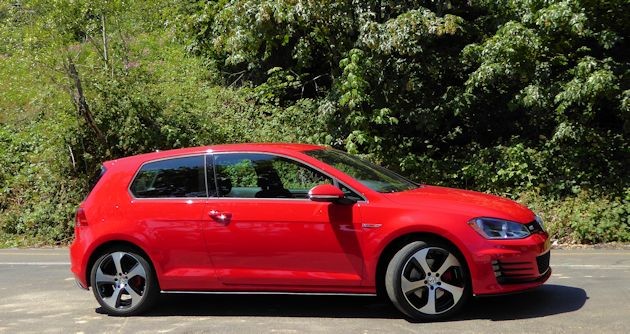 As the car credited for starting the ?hot hatch? movement in the 1970s, the 2015 Volkswagen Golf GTI tweaks the already impressive preforming Golf with a sport suspension, 210-hp four-cylinder engine and adds a few other elements to enhance the fun-to-drive quotient. 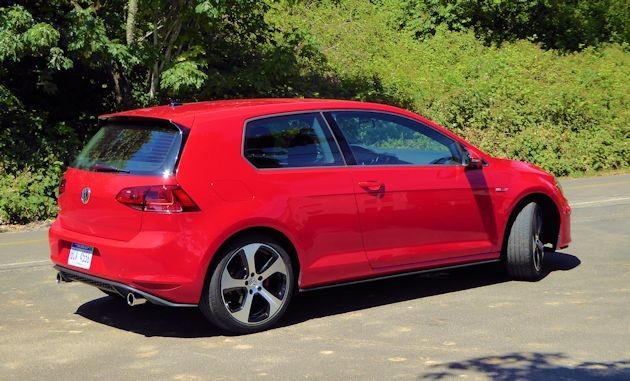 The 2015 model rides on Volkswagen?s new MQB modular platform, which is becoming the basis for many other models in the German carmakers lineup. The new architecture allows for a more ?cab-backward? design, which creates a more upscale look. However, no one is going to have trouble identifying the Golf, because the basic design hasn?t changed much, even though it?s all new.

Now 82 pounds lighter than the previous generation, the new GTI is a couple of inches longer, a half-inch wider and about an inch lower. The size changes and design also yields a more aerodynamic car with 0.31 coefficient of drag. 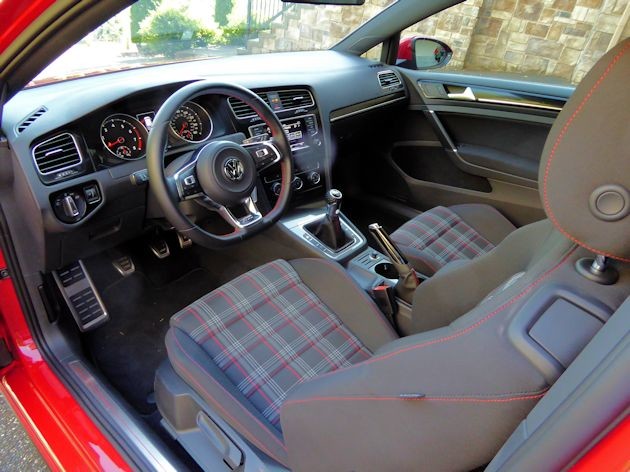 The evolutionary styling changes include a new front end with steeply sloped hood but it retains the signature roof line and side windows. Adaptive Bi-Xenon headlights, which turn with the steering wheel, and LED daytime running lights ($895) add to the new look. 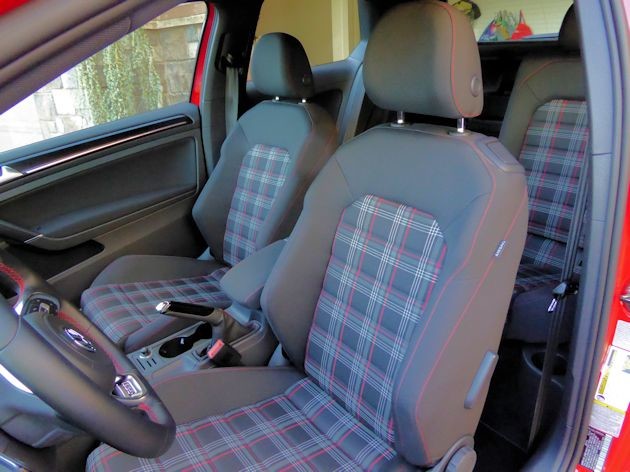 The new GTI interior looks more upscale, still clean and simple, with quality materials, good fit and finish and the classic ?Clark? plaid seating surfaces. Cargo space is large for a compact, at 22.8 cubic feet, and when you lower the rear seat backs and it feels almost ?wagonish? with the 52.7 cubic foot of space. 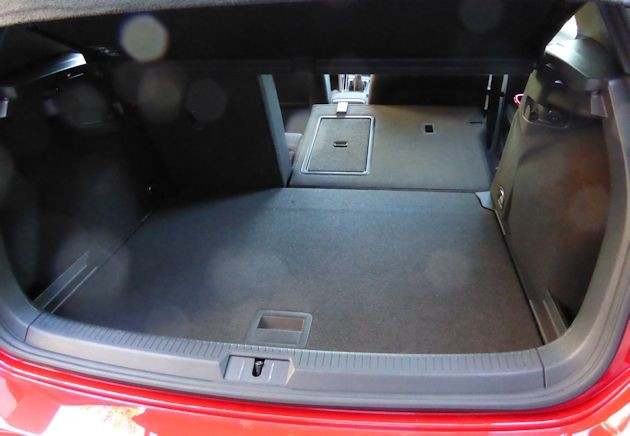 The turbocharged four-cylinder engines have always seemed more powerful to us than the horsepower ratings indicated. At 210-hp, the GTI?s direct injection, turbocharged engine accelerates from 0 to 60 mph in a very quick 5.7 seconds according to buff magazine testing. 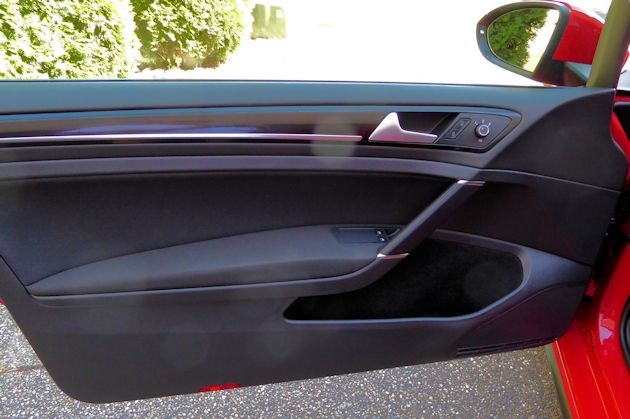 Having the choice, we would have preferred the excellent Volkswagen DSG (direct shifting gearbox) six-speed automatic transmission, but we had no complaints with the smooth precise shifting six-speed manual transmission in our test car.

The drivetrain combined with the Sport suspension, strong brakes and right-on steering makes the GTI feel more like a sports car than compact front-wheel drive hatchback. We were impressed that engineers were even able to tune out all but a hint of torque steer. For owners wanting even better performing GTI it?s also available with a Performance Package ($1,495) which adds a torque sensing limited-slip differential, larger brakes and 10 more horsepower. There is also a DCC? adaptive damping system ($800) available with the Performance Package which allows the driver to set the suspension for ?Normal?, ?Sport?, and ?Individual? settings.

The GTI is available in three trim levels: S, SE and Autobahn. All three trims can be ordered as a four-door hatchback, but the two-door is only sold in S and SE trims. Pricing ranges from $25,215, including the destination charge for the S 2-door with manual transmission. The top Autobahn trim four-door with DSG is priced at $31,515. The four-door versions are $600 more and the DSG adds $1,100. Loaded, the VW GTI Autobahn model can go as high as $35,500. 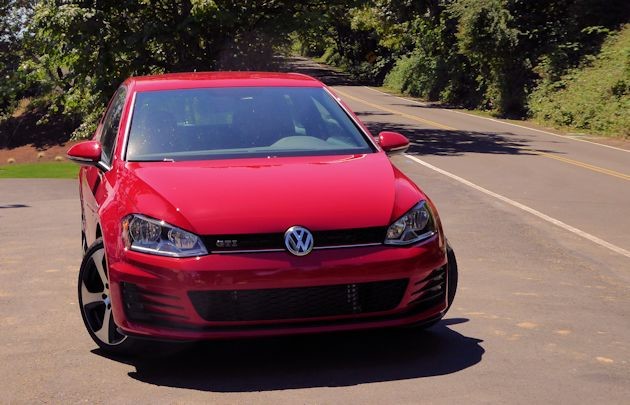 Shopper?s wanting the ultimate performance Golf will want to check out the Golf R with its 292 hp version of the same engine, with 4Motion? all-wheel drive and the DSG transmission. It?s capable of a 4.9 second 0 to 60 mph time. The 2015 Volkswagen Golf R has a base price of $37,415 including the destination charge.

The GTI S has a comprehensive list of standard features each corresponding with the trim level. For more information about the 2015 Volkswagen Golf go to http://www.vw.com/models/golf-gti/ .