Tillamook Forest ? Oregon — There is reason purpose-built vehicles are so great, and there is a reason they are not so great. For example, a race-ready sports car might be a dream on the track, but if you have to drive it on a highway, or around town, the rough ride and noise can be a nightmare. The same goes for an off-road vehicle ? running through the rocks and ruts at speed it can be like a great gymnast executing a perfect floor routine. On the highway, the same purpose-built off-road vehicle may have muted handling and may not even be able to pull your boat or trailer.

I had a brief introduction to these three new models up in the Tillamook National Forest east of Portland recently and it was easy to see that Toyota planners had done their homework when designing these off-roaders. 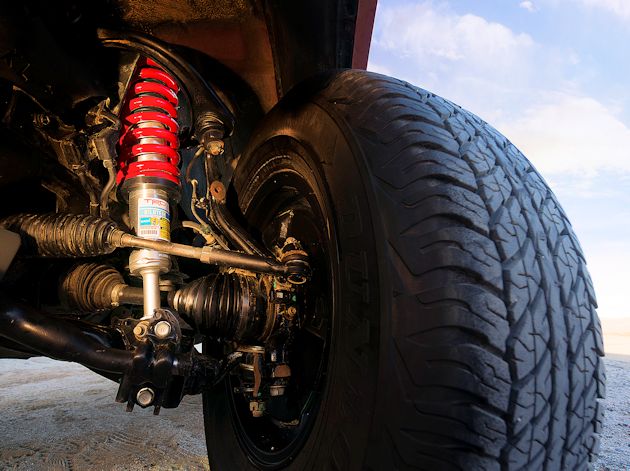 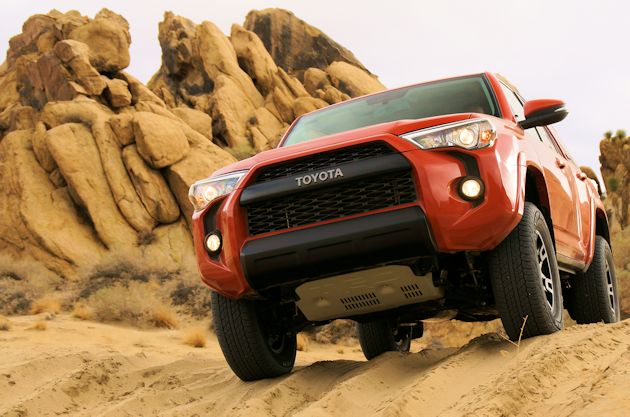 The Tundra TRD Pro is designed with a two-inch lift in the front and in addition to the extra two inches of wheel travel and an improved approach angle. The rear also has an extra inch and a quarter of wheel travel. The wheels are black 18-inch alloy with Michelin Off-Road tires designed specifically for the Tundra. Other than the striking Inferno Red paint the feature that most distinguished the Pro Tundra was the great-sounding rumble of the TRD Dual exhaust system. The rest of the changes are mostly cosmetic and include red seat stitching and a unique instrument panel ornament insert.[su_pullquote]”Pro Tundra great-sounding rumble of the TRD Dual exhaust system”[/su_pullquote] 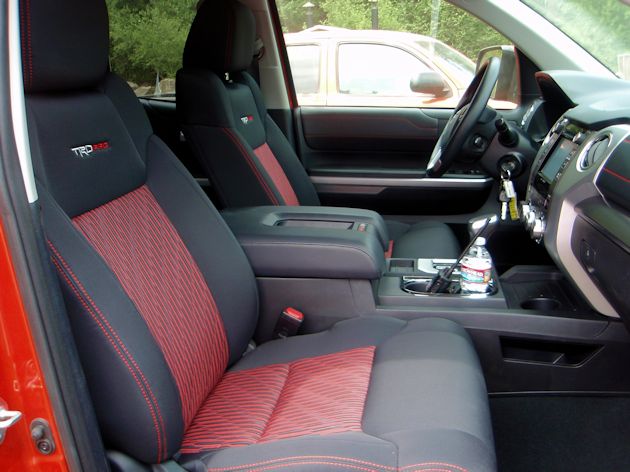 Powered by Toyota?s 381-hp 5.7-liter V-8 engine and six-speed automatic transmission, the Pro Tundra still has a 9,800 pound towing capacity so it can perform both on- and off-road. Prices for the Tundra have not yet been announced. 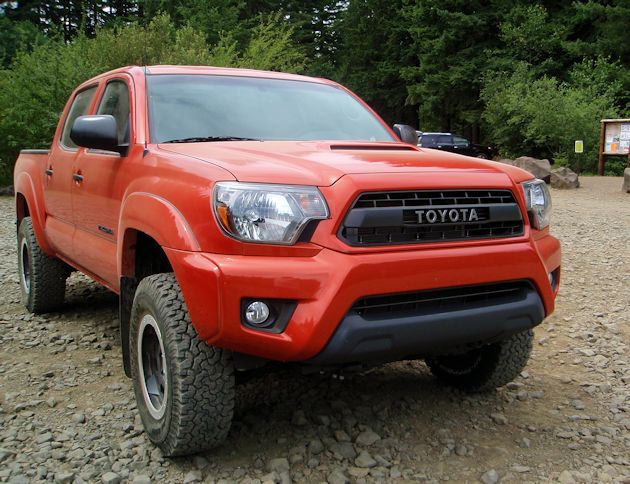 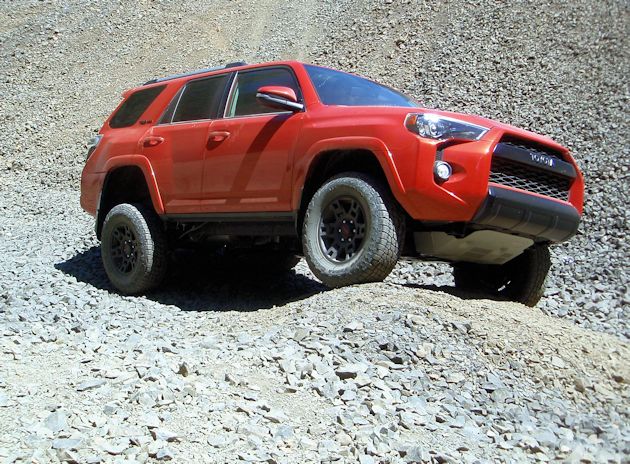 The 2015 Toyota 4Runner TRD Pro is equipped much like the mid-level 4Runner Trail model. The 4Runner is the last Toyota SUV built with the rugged body-on-frame architecture and is powered by a 270-hp 4.0-liter V-6 engine driving through a standard five-speed automatic transmission. It also has a 4,700 pound towing capacity. The 4 Runner also has a Multi-Terrain Selectable four-wheel drive system with locking rear differential and an innovative CRAWL mode that works like an off-road cruise control holding a comfortable speed going up or down hills. The TRD Pro includes additional skid plates and 17-inch black TRD Alloy Wheels with Nitto Terra Grappler tiers. Pricing for the 2015 Toyota TRD Pro 4×4, with auto transmission, starts at $41,995.

During a short drive in all three TRD Pro models, I had a chance to experience gravel, paved roads and a short off-road course. The TRD Pro appears to very well suited for someone looking for a truck or SUV what will give them the ability to handle some very difficult and challenging off-road conditions, while still being comfortable for day-to-day driving and the tasks pickups and SUV are designed to do.

I did get one bit of sad news, however. Toyota announced that the rugged FJ Cruiser will be discontinued after the 2014 model year. 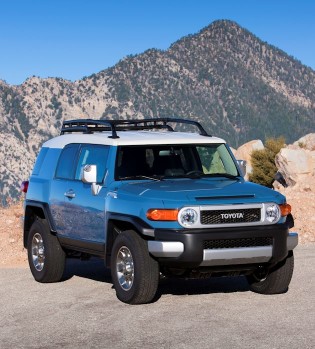 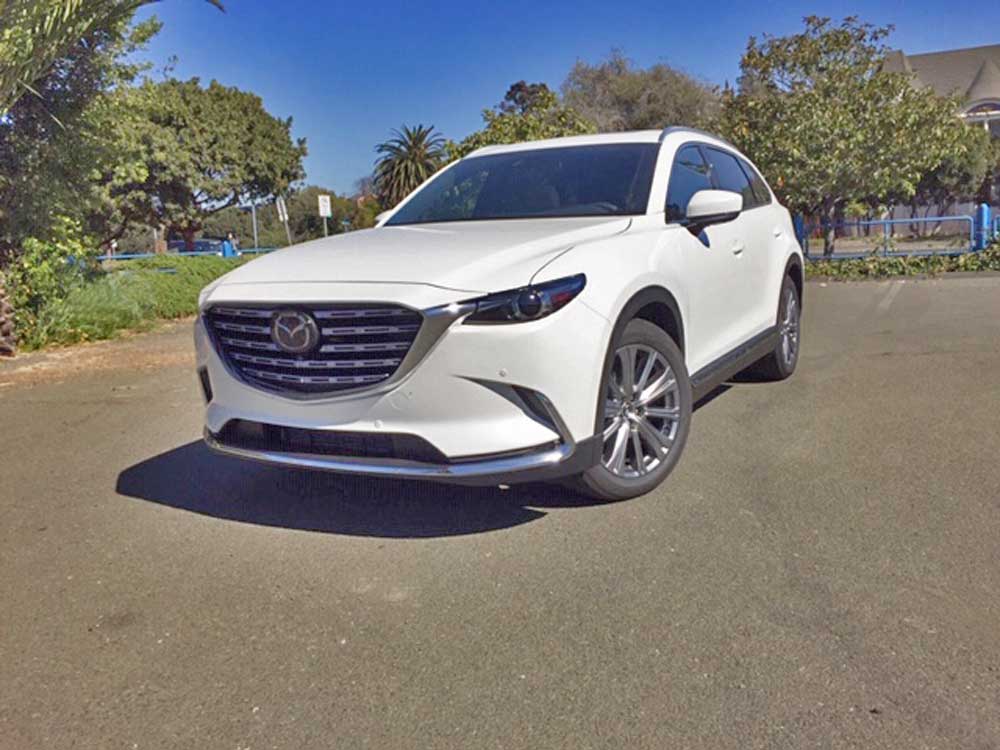 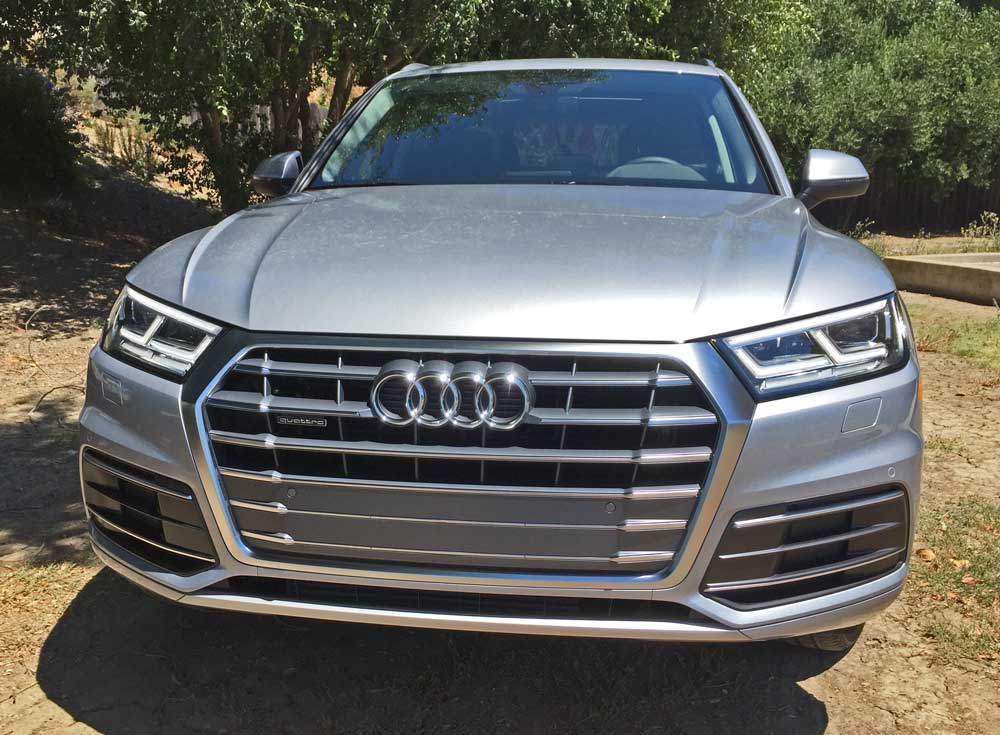