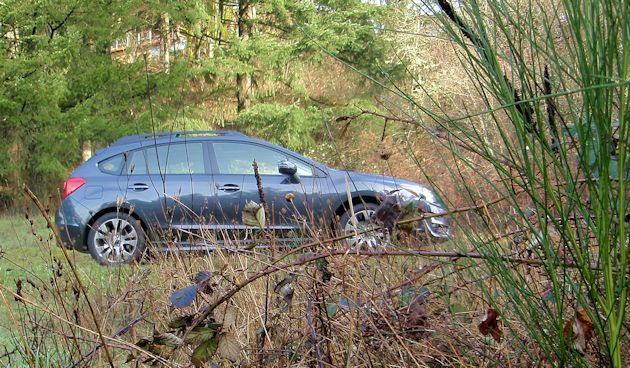 Just as we may mentally group people into categories, many of us make equivalent assessments and evaluations about new cars. We might equate a sexy sports car as the equivalent of some voluptuous woman or a hot guy. A technically sophisticated car might remind you of a highly educated individual. A good dependable car could be like someone with a good personality. An exceptionally athletic person might conjure thoughts of a muscle car or a rugged SUV.

The 2015 Subaru Impreza Sport Limited we drove recently makes an interesting character study when we think of it this way. As a person, we saw our ?Subi? test car as an average height and looks, very intelligent with a good personality?the kind of person we might like as a friend. The ?Subi? is fit, but not much of a runner, he?s more into hiking and skiing. 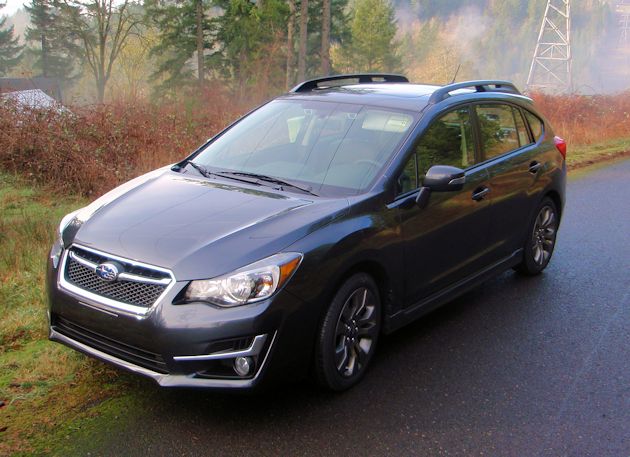 The Impreza is not a head turner, but it has attractive styling that comes in both four-door sedan and five-door hatchback configurations. We like the wagon-like attributes of the hatchback because it offers such a versatile space including 22.5 cubic feet of cargo space with the 60/40 split rear seat back in place or 52.4 cubic feet with the rear seat backs folded flat. That holds a lot of cargo or outdoor activity equipment. The sweeping coupe-like roof line on the Impreza didn?t show well because of the roof rails, which are standard equipment on the Limited model. They are, however, a handy feature for those active owners who like to strap-on things like skis, kayaks and bicycles. 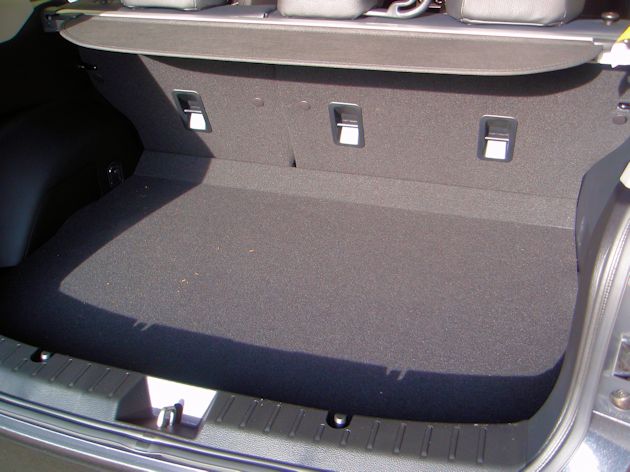 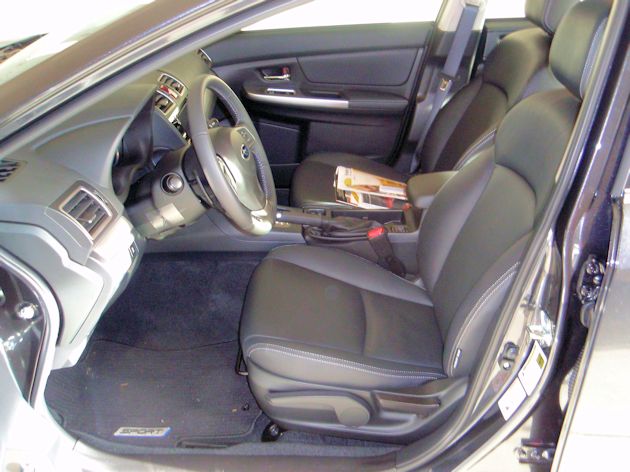 The interior is comfortable and business-like with well-placed and easy-to-use knobs, buttons and gauges ? none of the fancy ?touch and slide? controls. All Subaru models have a standard 6.2-inch multi-function display mounted at the top of the center stack to display infotainment system information as well as the screen for the standard backup camera. 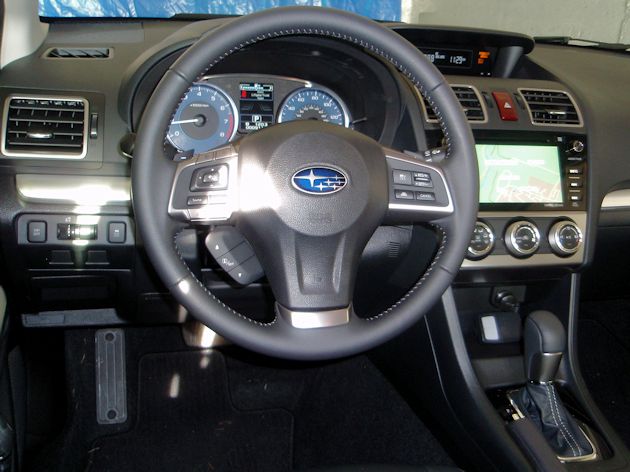 The screen is upgraded to seven-inches when equipped with the optional navigation system which allows you to make gesture controls, just like on smartphones. In addition to the normal radio and CD player, the system includes HD Radio?, Radio Data Broadcast system, Subaru STARLINK smartphone integration with Aha? Infotainment, Pandora? and iHeart? Radio; Bluetooth? hands-free phone connectivity and audio streaming; iPod? control capability and iTunes? Tagging capability. It also has a USB port and auxiliary input jack. The navigation system also includes SiriusXM NavTraffic? and NavWeather? services which do require a subscription. 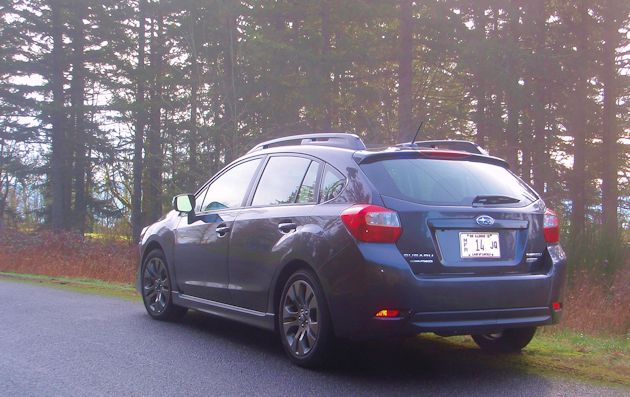 Under the hood is a 148-hp, 2.0-liter four-cylinder engine with a ?boxer? design ? which means the cylinders are mounted parallel to the ground and move horizontally rather than up and down. A five-speed manual transmission with an Incline Start Assist function is the standard transmission on some models, but our test car had the CVT (Continuously Variable Transmission) with steering wheel mounted paddle shifters that allow better driver control especially on curvy mountain roads. The Impreza accelerates from 0 to 60 mph in 8.6 seconds.

A significant Subaru feature is that all their vehicles are AWD (all-wheel drive), with the exception of the BRZ sports car, which is rear-wheel drive. Fuel economy suffers a little with AWD, but we think that is far outweighed by the improved traction and handling characteristics derived from the AWD. It?s also the only car in its class to have AWD. The EPA lists the fuel economy at 27 mpg city, 36 mpg highway and 31 mpg combined. We averaged 30.6 mpg during our week of mixed driving. 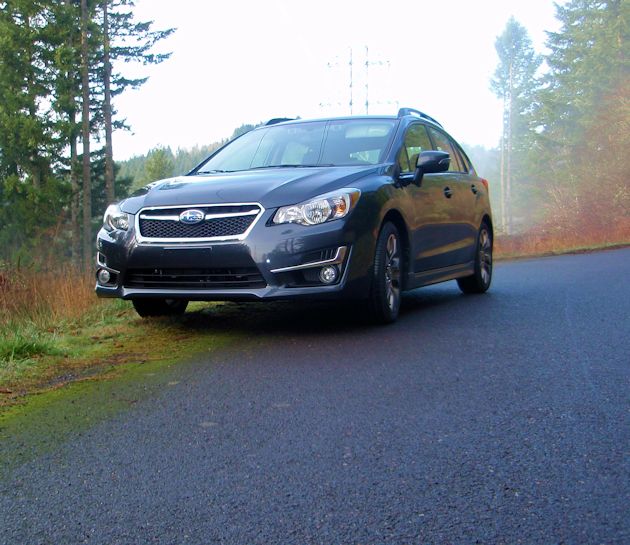 The Impreza is enjoyable to drive. The handling is very good, maybe not quite as sharp as some of the performance-oriented competitors, but it?s well-balanced, stays flat in the corners, has a precise steering feel and puts it all together with a comfortable ride. This car has more handling prowess than the average driver will ever need. Someone who wants more should move up to the rally-style Impreza WRX models which are among the fastest and best handling cars in the compact category.

It took us a while to get used to the overly sensitive throttle on our test car ? it required a much gentler foot than we are used to. We also would have liked to see an available blind spot warning system as part of the safety package. 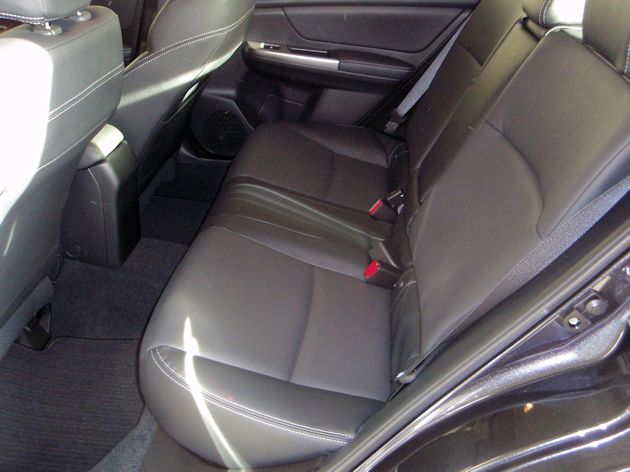 The 2015 Subaru Impreza five-door comes in five trim levels: 2.0i. Premium, Limited, Sport Premium and Sport Limited. Prices range from $19,490, including the destination charge, for a 2.0i with manual transmission to $24,090 for the Sport Limited. The CVT transmission is a $1,000 option on the 2.0i and Sport Premium models but is standard equipment on the others. A fully loaded Sport Limited five-door can go as high as $26,885. The four-door sedan is available as a 2.0i, Premium or Limited each priced $500 less than the five-door. 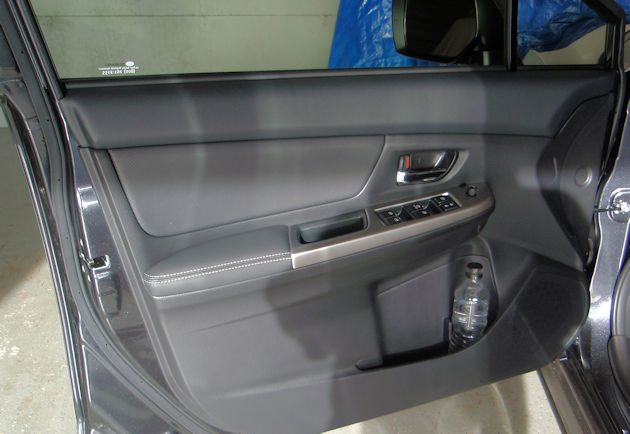 Our Sport Limited test car had the top level ($2,795) of the two available packages. It includes a power moonroof, keyless access with push-button start, navigation and the Eyesight Driver Assist system. The award-winning EyeSight? technology includes Adaptive Cruise Control, Pre-Collision Braking and Vehicle Lane Departure Warning. It also has Steering-Responsive Fog Lights, which work only when the fog lights are turned off. It activates the left or right fog light independently, depending on vehicle speed and steeringangle, to provide enhanced illumination in the direction of the turn. 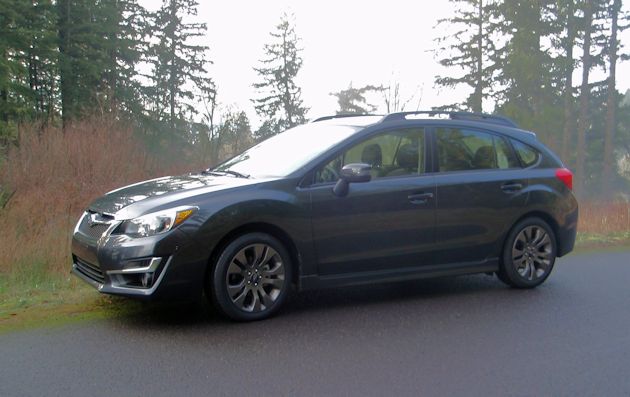 The 2015 Subaru Impreza is not flashy or racy, but it gets high marks for value, comfort, safety and technology. With its wagon-like expansive interior, go anywhere all-wheel and innovative technologies, the Impreza is one of the best all-around compacts cars on the market. 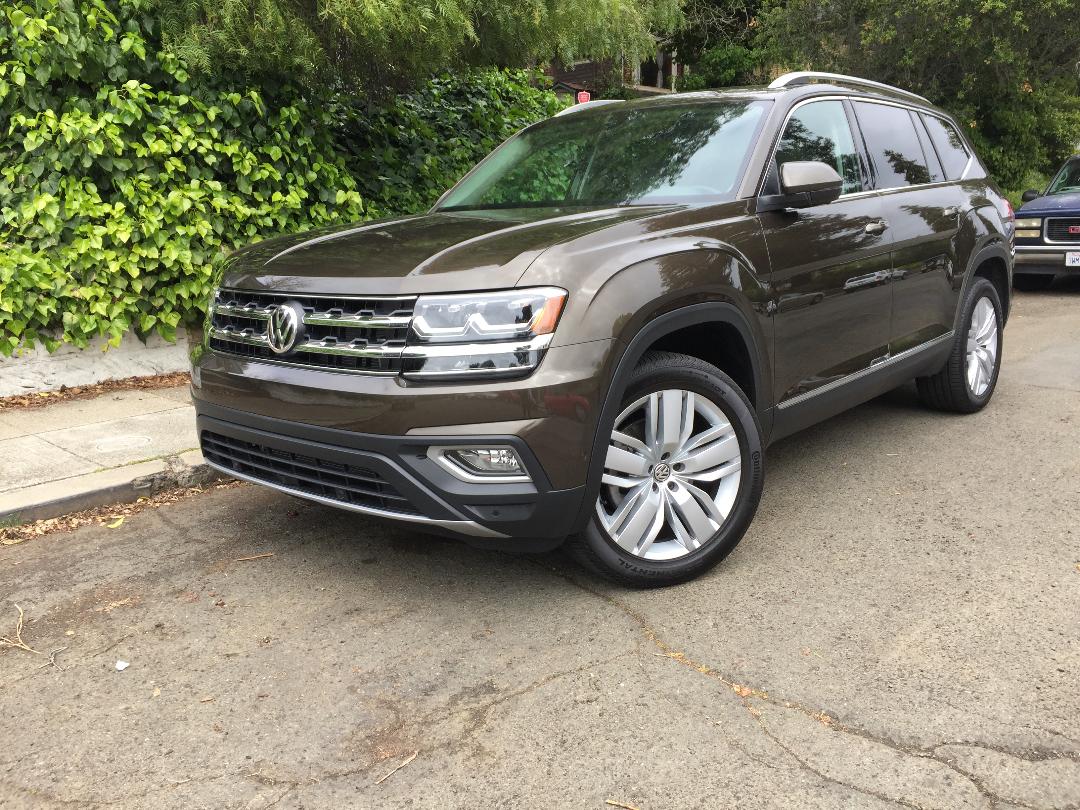 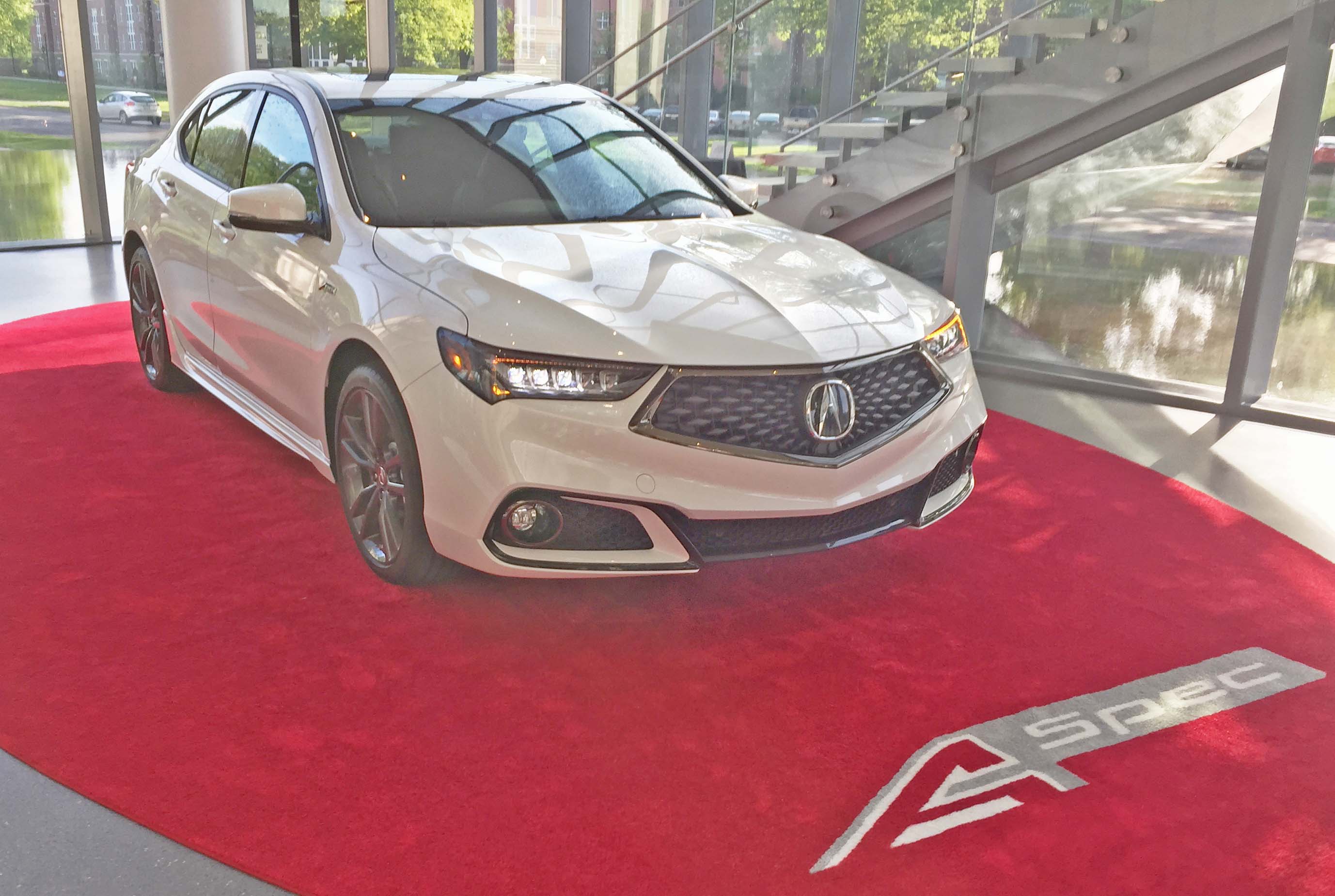