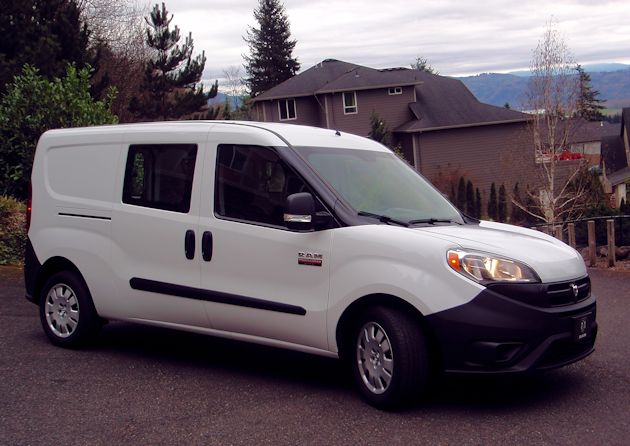 The big annual floral events of Mother?s Day and Valentines?s Day, required an army of friends and employees to design and deliver all the arrangements, plants and bouquets. And the delivery strategy was executed as if they were planning the invasion of Normandy. 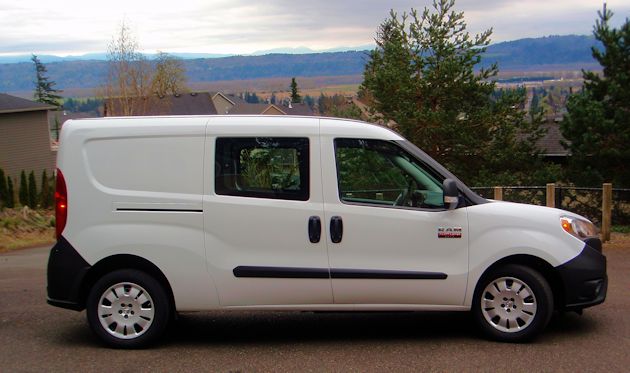 The Econoline was one of those early models with the engine in a box between the front seats. The cargo area was accessed by a door on the passenger side and the by rear door. The cargo floor was high making it difficult to reach the arrangements. It was often necessary for the delivery ?soldiers? to climb up into the rear compartment on hands and knees to find arrangements. The deliver crew also had to climb up into the cab ? a process that was not only inconvenient, but strenuous and occasionally a slippery step up. 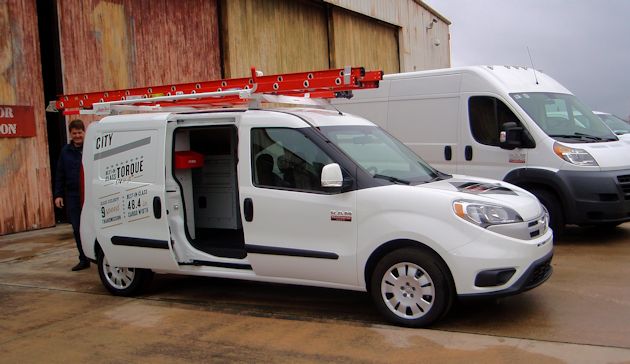 At the time there were few delivery van choices on the market, and most were much larger than small shops like this one needed. That?s all changed recently with a flood of new small vans coming from many of the major auto makers.

The latest arrival is the 2015 Ram ProMaster City van, and it has all the elements to make it a major competitor on its climb to the head of the class.

The ProMaster is a not Johnnie-come-lately, it originated as the Fiat Dobl? in the Netherlands in 2000. An international product of the FCA (Fiat Chrysler Automobiles) Fiat division, the Dobl? sells internationally in a variety of names and configurations ? more than 1.3 million have been sold. Now in its third generation, the Fiat Dobl? has twice been named International ?Van of the Year?. 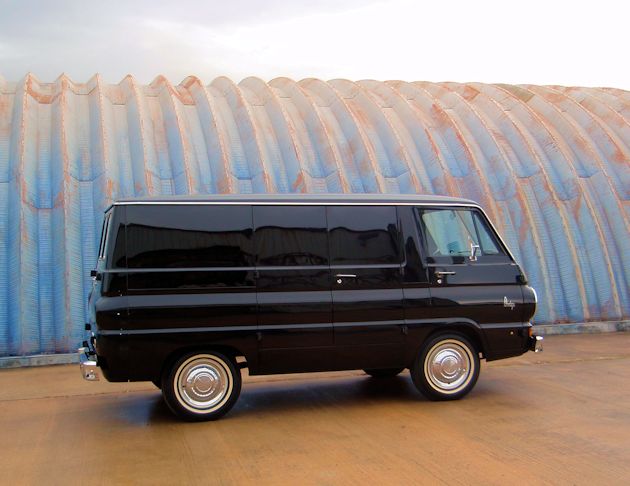 Ram has been in the delivery business along time, starting with delivery trucks as early as 1918 and with other vans similar to the Econoline in the early 1960s. The 2015 ProMaster City is engineered and designed for small shops, companies and repair people. 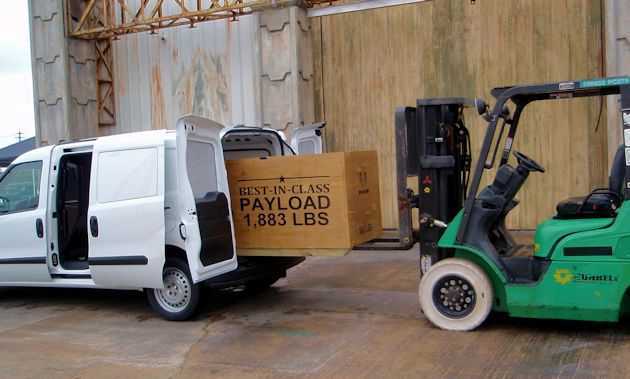 With a footprint about the same size as a Toyota Corolla, the ProMaster is a comfortable size for maneuvering through traffic and into tight parking spaces. The front seating is at a convenient height, so the occupants just slip into the bucket seats without having to climb up into the cab. Access to the spacious 60- by 80-inch cargo area is through sliding doors on either side or the split double door in the rear. And the rear door opening is large enough to slide 4×8 foot sheets of building materials into the cargo space making it perfect for small contractors. The sheets will fit flat on the floor between the wheel wells. The cargo capacity is up to 1,883 pounds and it has a towing capacity of up to 2,000 pounds. 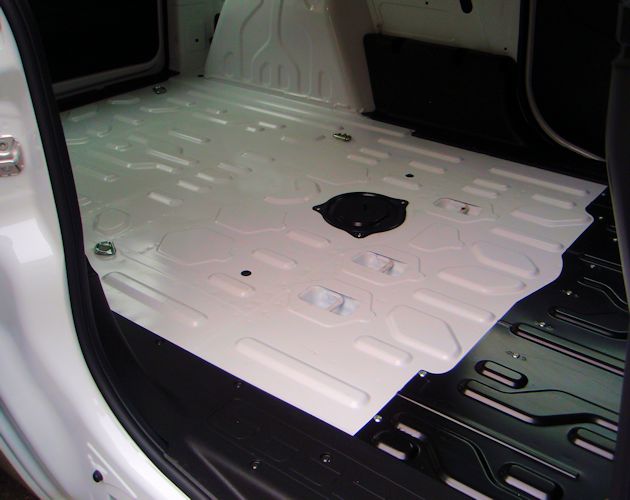 Our test vehicle had an optional fixed wall between the cargo and front seat passenger area to provide protection from cargo flying forward during a panic stop. The ProMaster can be ordered with three rear window configurations to create better visibility or conceal tools and supplies inside the cargo area. Or if the cargo is people, it can be ordered as a Wagon with seating for five and about 74 cubic feet of cargo.

?Operators of a new Ram ProMaster City will need to stay focused on daily tasks, so we want the cabin to be a place of comfort, convenience and functionality,? said Klaus Busse, Head of Interior Design ? Chrysler Group LLC. ?Without question, the goal is to create an interior for the person who will spend many hours at the wheel and/or working in and out of the cargo area.? 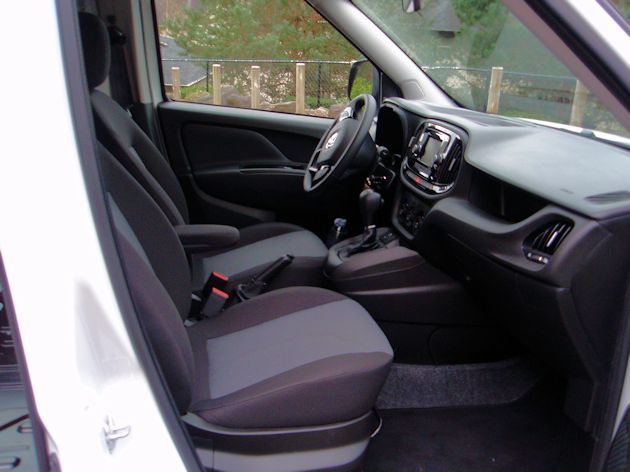 The ergonomically designed interior was very comfortable, and it appears to be very durable. The interior space includes several large storage spaces for tools and papers. The transmission shifter is mounted high on a peninsula console that extends from the center stack for easy access. An important option is the 5.0 version of the Uconnect communication, navigation and entertainment system. 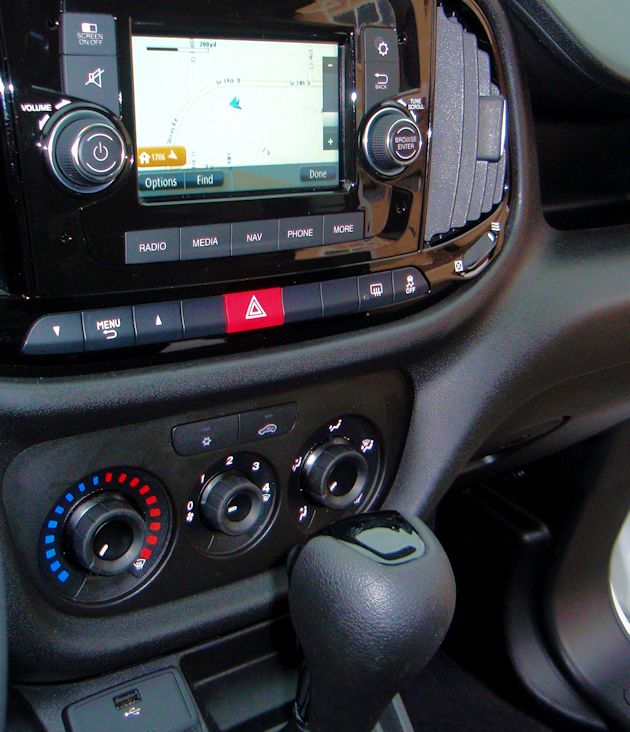 A 178-hp, 2.4-liter four-cylinder Tigershark engine is mated with an efficient new nine-speed automatic transmission driving the front wheels. We were pleasantly surprised by the power and responsiveness of the combination and it is actually quite fun to drive. Zero to 60 mph acceleration times is listed at 9.8 seconds, but the 0 to 30 time of 3.7 seconds seems more relevant for this vehicle. Fuel economy is listed at 21 mpg city and 29 mpg highway. We actually averaged 25.8 mpg in a combination of city and highway driving. European models have an available diesel engine and we expect that will be an option as clean diesel grows in popularity in the U.S. The ProMaster handles nicely with no body sway or rough ride we expected. 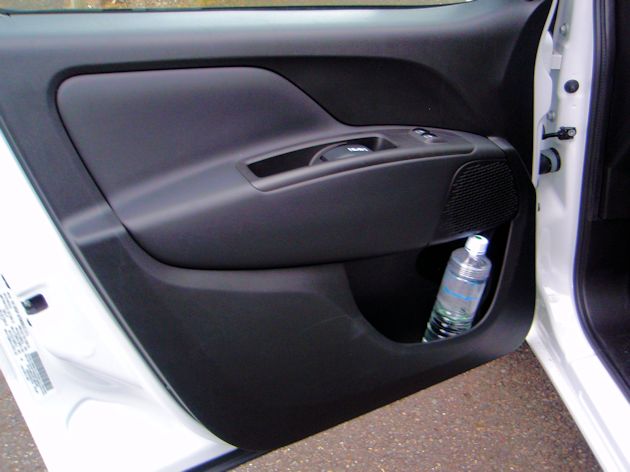 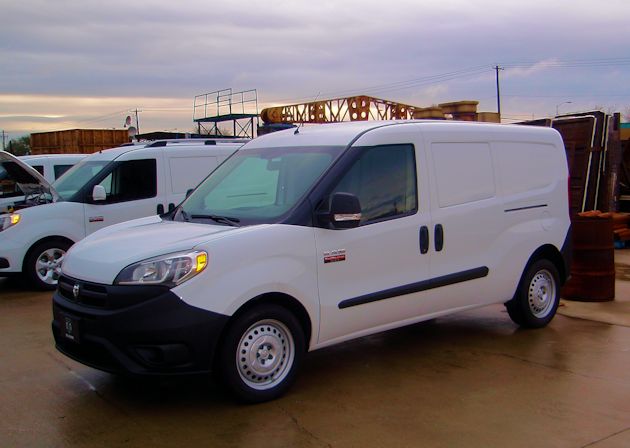 The ProMaster City is the new addition to the Ram truck, van and chassis cab lineup. 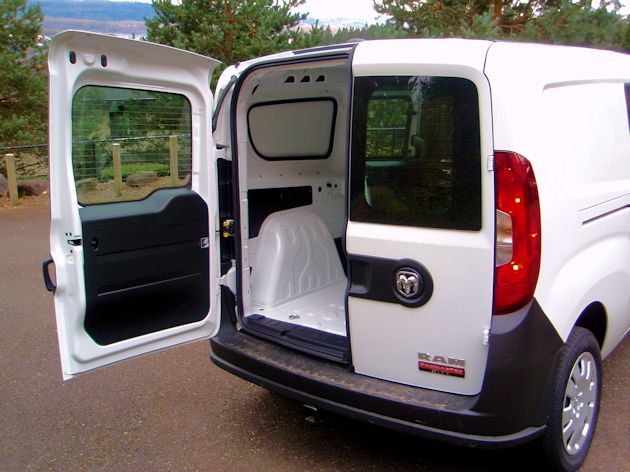 After spending a week driving the 2015 Ram ProMaster City we thought this would have been the perfect delivery van for any Posey Shop. 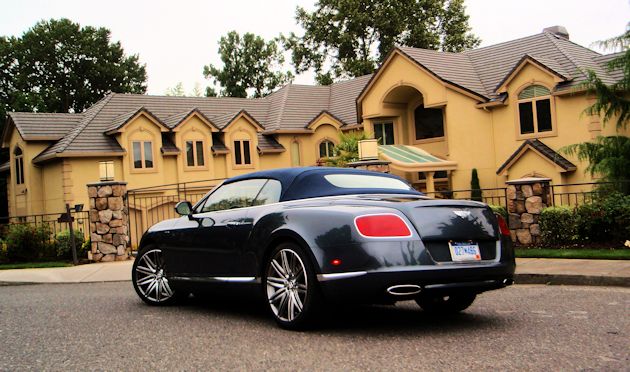 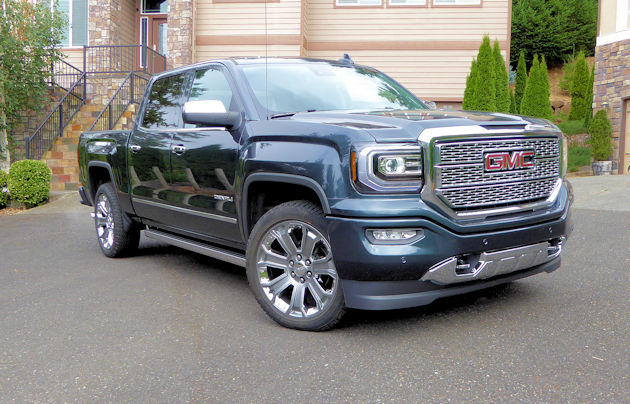