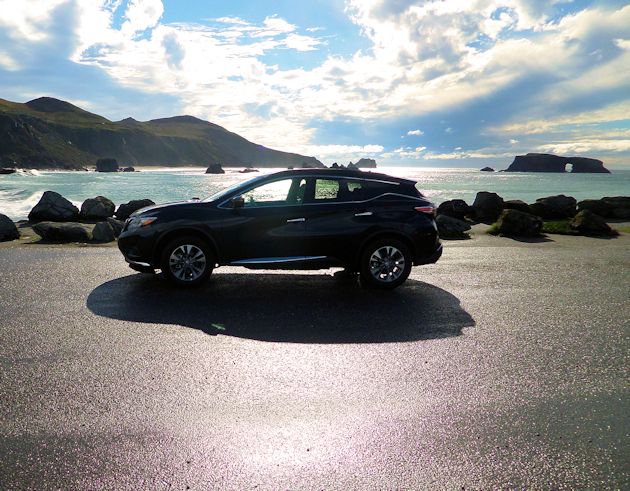 Napa Valley, Calif. — Since it debuted in 2003 as one of the first North American ?crossovers?, the Nissan Murano has had a visual strong appeal, and it has aged well; I think well cared for older models still look fresh and contemporary. With that in mind, I approached the introduction of the 2015 Nissan Murano with some apprehension?I didn?t want to see that they screwed it up with some weird new styling.

My worries were quickly put to rest, when I got my first look at the 2015 Nissan Murano. I was relieved to see that the Nissan designers had not messed up the Murano with a strange design; in fact, they had actually made it better both outside and inside. 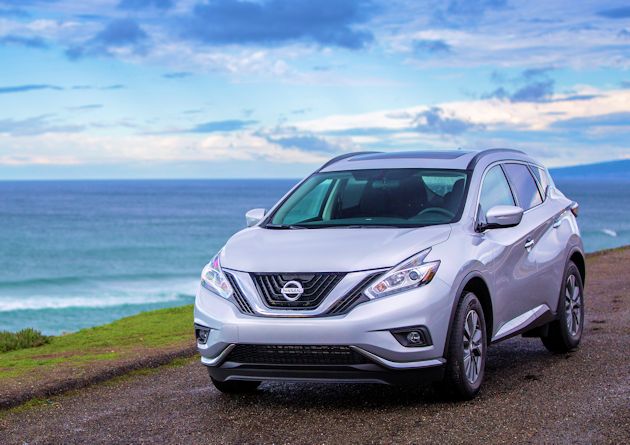 Shiro Nakamura, Senior Vice President and Chief Creative Officer of Nissan Motor Co., Ltd. explained, ?At Nissan, we create concept vehicles with an eye toward production, rather than just for entertaining auto show audiences. Likely few people who saw Resonance in its North American International Auto Show debut imagined that we could build such a futuristic design. But here it is, ready for the roads of the world less than 24 months later.? 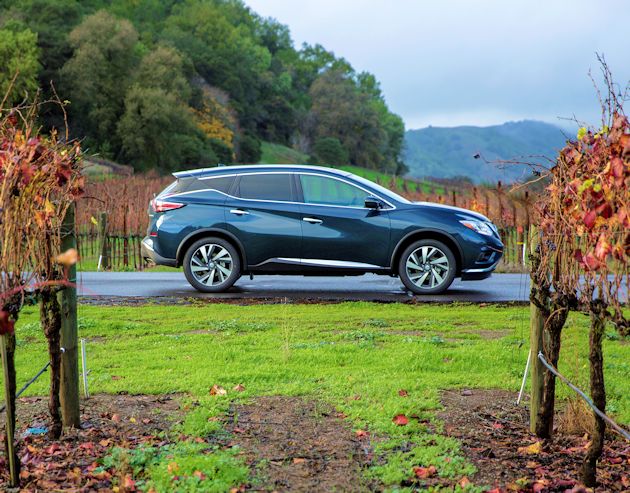 ?One of the central constructs for both the exterior and interior of the new Murano was to ?elevate your experience,? which is counterintuitive to the heaviness and chunkiness of the traditional sport utility vehicle,? said Nakamura. 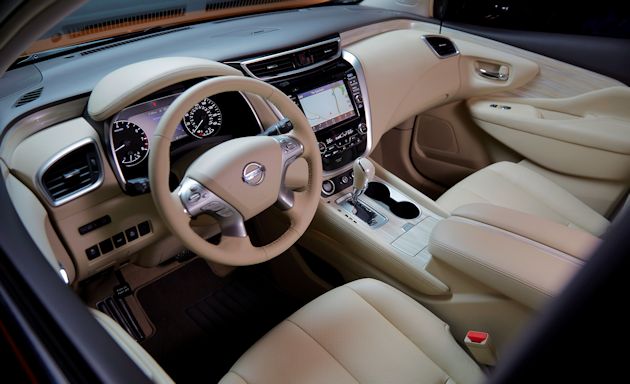 As striking as the exterior is, the interior is where the 2015 Nissan Murano really shines, in my opinion. Nissan calls it an ?upscale social lounge,? but I thought it was more akin to a luxury sedan than a mid-level crossover. The driver and front seat passenger are wrapped in soft padded surfaces and elegant wood trim accents. 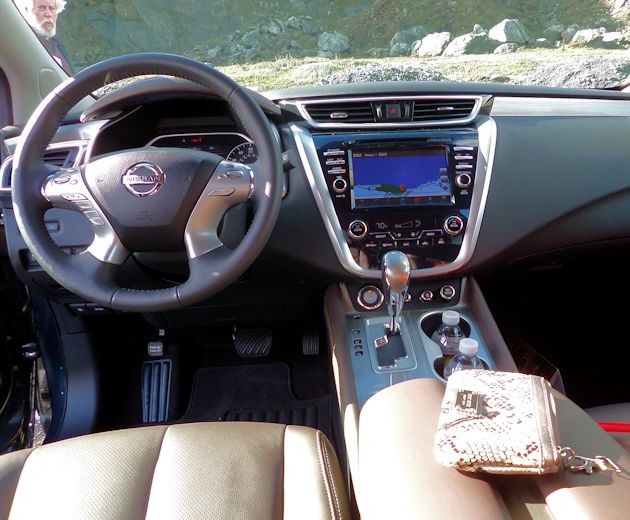 The plush leather clad seats in the versions I drove at the introduction were Nissan?s Zero Gravity seats, in both the front and the outboard positions of the rear seat. Nissan says are ?NASA-inspired? ? I?m not sure what that means exactly, but they look good and are very comfortable. Heated seats are available front and rear, along with cooled seats in the front and my husband?s favorite for cold mornings, a heated steering wheel. The interior is designed to facilitate communication with the rear seat passengers over the wide low center console.

The driver benefits from the Advanced Drive-Assist? Display which includes a seven-inch high resolution screen between the tachometer and speedometer. It can be configured to show a variety of safety, navigation, entertainment and vehicle condition readouts so the driver is more easily in touch with what the vehicle is doing. 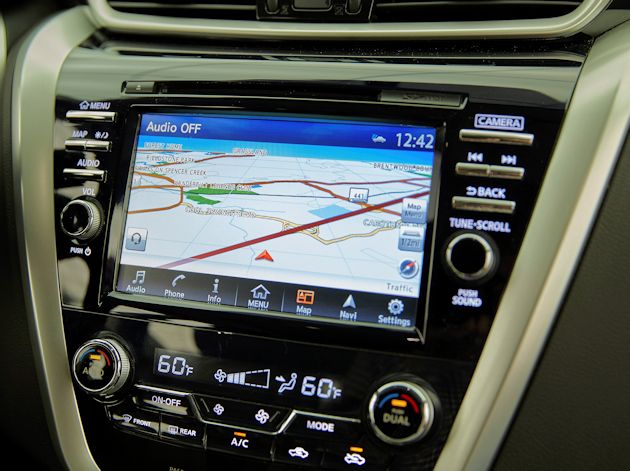 At the top of the center stack, the available eight-inch touch screen controls the Nissan Connect and it?s the screen for the around-view monitor which shows image 360-degrees around the Murano. This helps make parking or maneuvering in tight areas much easier. To keep the clean and simple look of the interior, designers have reduced the number of switches from 25 to only 10 with most of the controls on the touch screen. I didn?t spend a lot of time with these controls so I can?t comment on how easy they are to use, but will report later after I have the Murano for a week?s test drive.

The 2015 Nissan Murano has a larger cargo area than the previous generation. With all the seat backs up, the space holds 39.6 cubic feet, or enough space for luggage for four. With the rear seat folded there?s 69.9 cubic feet. 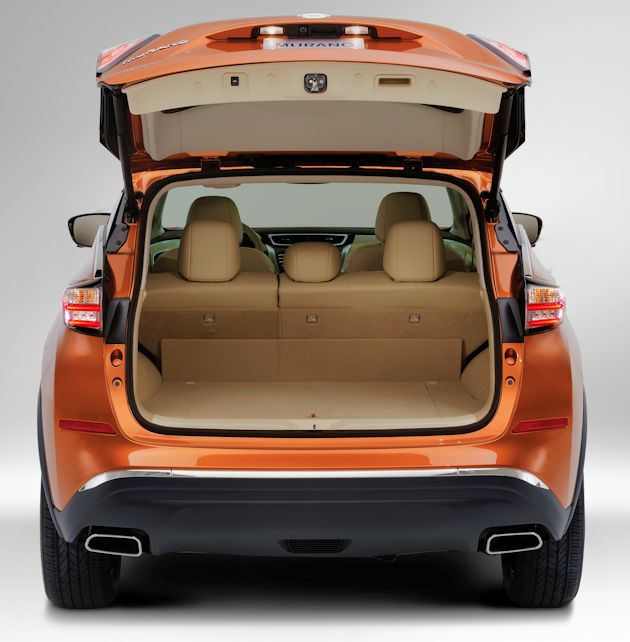 All Murano models are powered by a 260-hp, 3.5-liter version of Nissan?s highly rated V-6 engine. This powerful engine is combined with Nissan?s Xtronic continuously variable automatic transmission (CVT) driving the front wheels, or optionally all four wheels. The CVTs Adaptive Shift Control allows ?shifty? people like me to shift up and down through simulated gear positions that don?t exist in a CVT transmission so we can feel more in control. As the name implies, CVT transmissions have no set gear ratios ? this allows a smoother transition through gear rations to maintain the optimum engine speed and improved fuel economy. 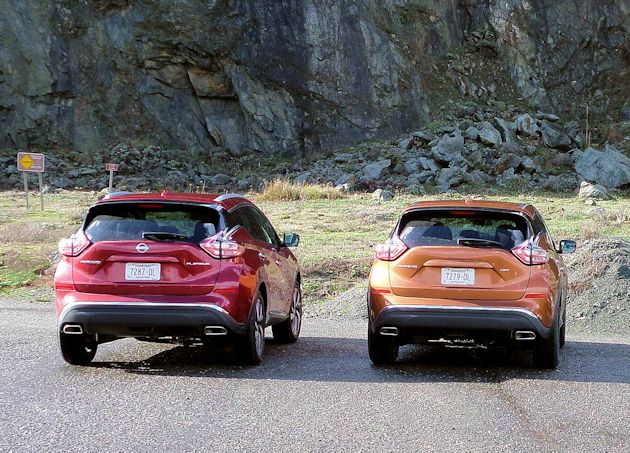 With improvements to the drivetrain and 146 pounds less weight, the 2015 Nissan Murano is about 20 percent more efficient than the previous generation at an EPA fuel economy rating of 21 mpg city and 28 mpg highway. 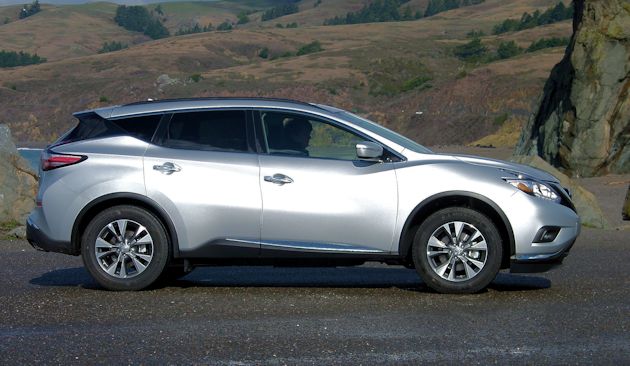 Some of the other new safety technologies incorporated in the new Murano include Rear Cross Traffic Alert, which is very helpful when backing out of a parking space, Predictive Forward Collision Warning, Forward Emergency Braking and my two favorites Intelligent Cruise Control and blind spot warning.

The Murano has a nimble, agile feel on the road as my driving partner and I discovered on some of the hilly and winding roads in the Napa wine country. The ride is well balanced between comfort and handling so you feel in control, but without being shaken with a too stiff ride. 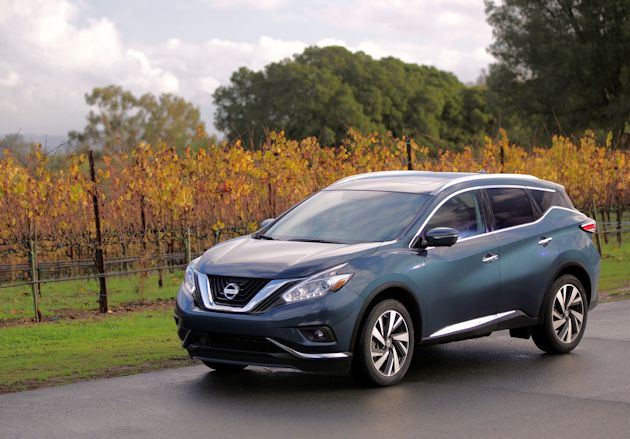 The new Murano exceeded my expectations in design and comfort. It should be a top competitor in the tough crossover market. 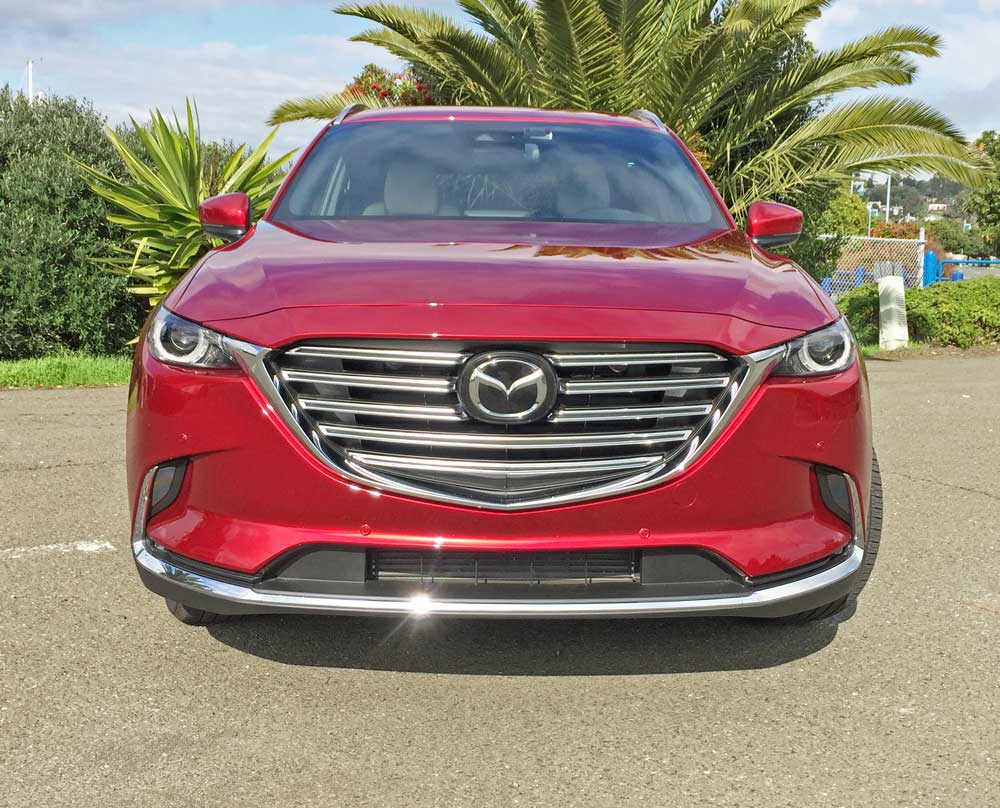 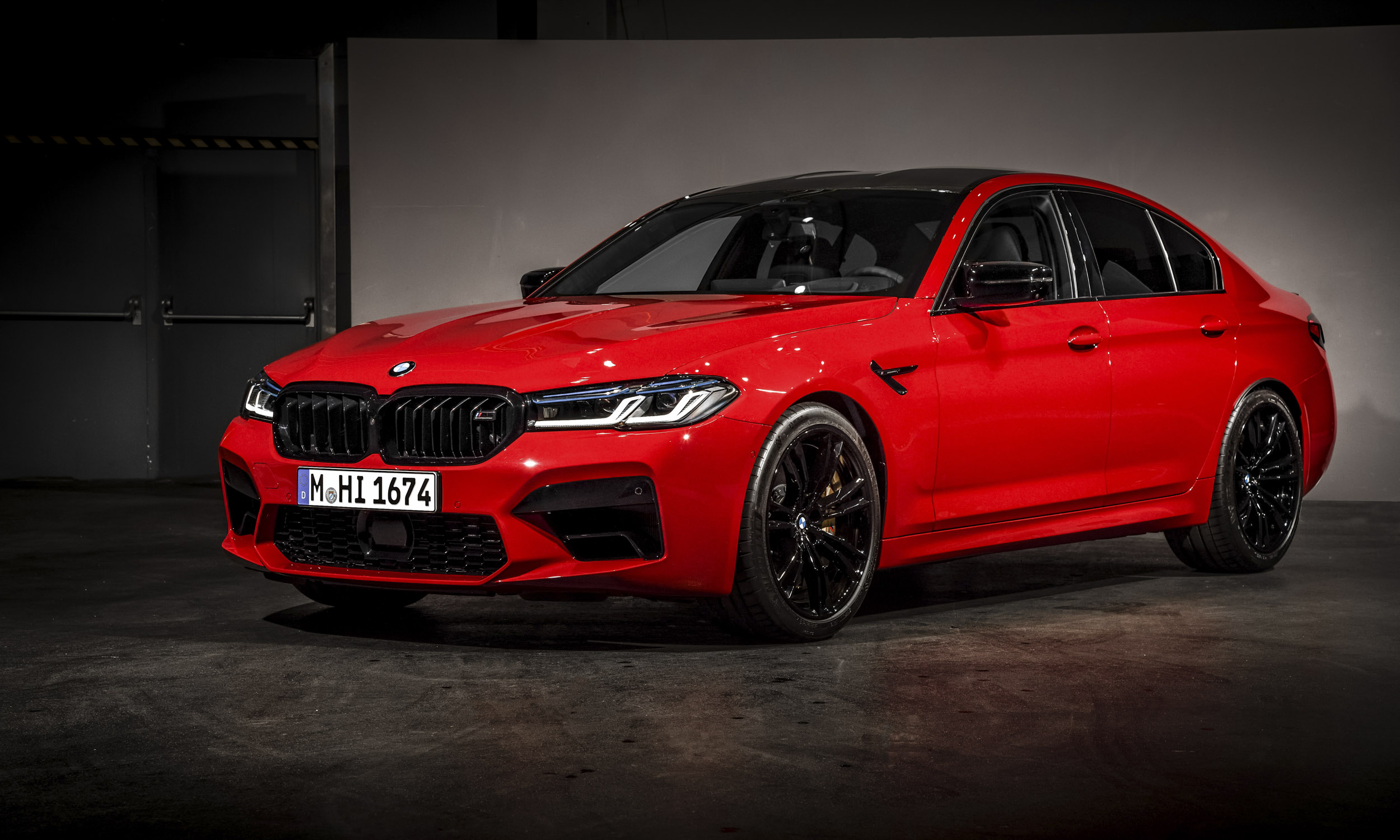