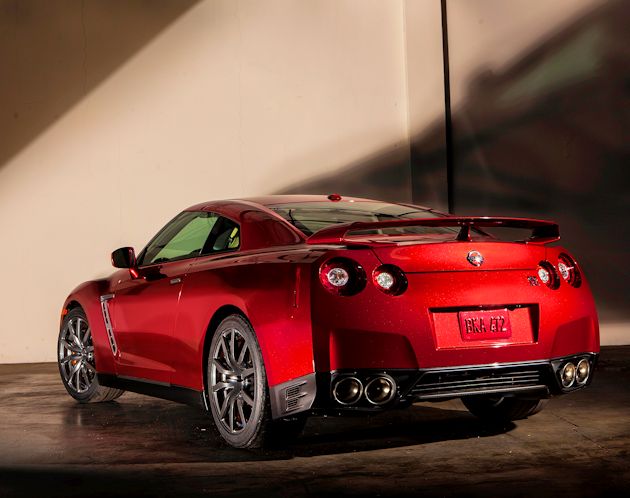 Purely by the numbers, the 2015 Nissan GT-R Black model I drove recently is the fastest car I?ve ever driven. I have not driven the Bugatti Veyron 16.4 or the Porsche Turbo S ? both are faster, but only by the blink of an eye or two.

Getting right to the numbers, which incidentally, are compilations of the numbers provided by the big-name buff magazines. I certainly don?t have the facilities, equipment or guts to run those tests on Washington?s Hwy 14; besides my wife, Barbara, would have a ?turbocharged fit? if I tried. 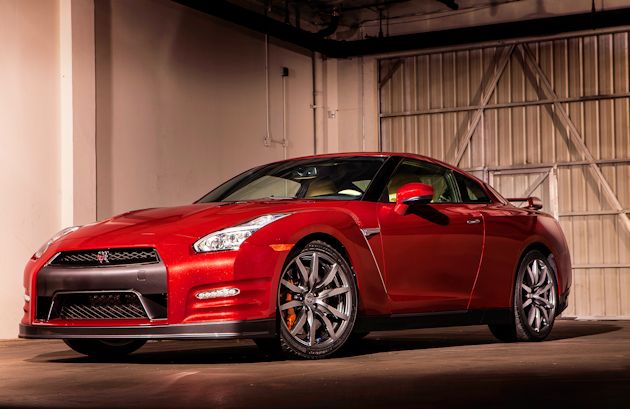 According to the buff magazine testing the Nissan GT-R accelerates from 0 to 60 mph in 2.7 seconds, to 100 mph in 7.1 seconds and the quarter-mile acceleration takes 11.2 seconds at a speed of 125 mph. It has a 193 mph top speed. It also stops from 60 mph in 116 feet and pulls 1.02 G on the skidpad.
Now we can get down to the car. Perhaps the weak link in the Nissan GT-R is styling. The Nissan 370Z is better looking. The GT-R is attractive, but it?s not the kind of car that says ?WOW? unless you know what it is and what it is capable of. My wife Barbara and I did, however, see several ?thumbs up? and one guy hanging out of the window of a car on the freeway trying to get a better look at it. There are rumors the next GT-R will be more dramatic and that would probably help the appeal. 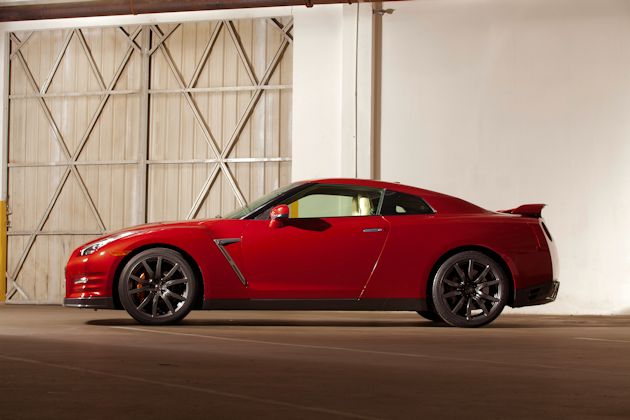 An offspring of the legendary Nissan Skyline GT-R, which dominated performance cars in Japan in the early 1970s and early 2000s, the Nissan GT-R doesn?t scream ?super car?, but has a distinctive look that seems to produce more of a questioning look, especially when someone sees the Nissan logo on the rear deck lid. The full-flavored sound of the quad exhaust outlets adds to the mystery. With worldwide production numbers running well under 2,000 a year, it?s not a car you?ll see very often. 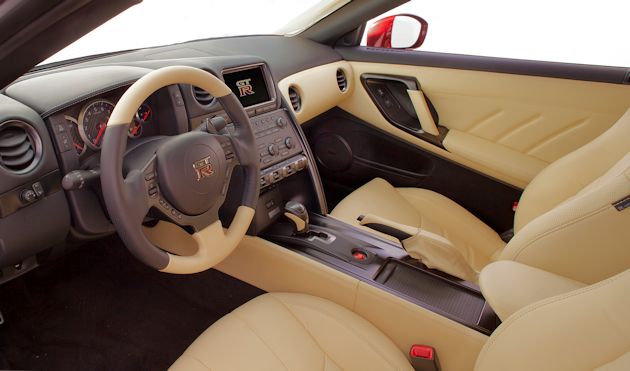 We quickly discovered one of the first adjustments we should make when starting out was to flip the suspension switch from the normal (default) setting to the comfort setting. There is a definite lack of spring in the step of the GT-R on the two firmer settings.

Driving briskly on a curvy highway felt like what I imagine it must be like to be an expert skier carving turns in a steep virgin snowfield — like the ones you see in the movies. Helping keep the GT-R grounded are some massive 20-inch tires, however, the tires produce a significant amount of road noise. Plus all that rubber on the road is prone to a bit of lateral movement when driven over those wide groves created by all the studded snow tires that are used for winter driving in our area.

Under the long hood of the Nissan GT-R is a 3.8-liter V-6 engine outfitted with twin turbochargers that boost the horsepower total to 545, and the torque to 463-lb.ft. That?s amazing horsepower for a V-6 engine. The engine drives all four wheels through a super-fast shifting six-speed dual-clutch transmission. For extra control it has racing style paddle shifters mounted on the steering column, not on the steering wheel. 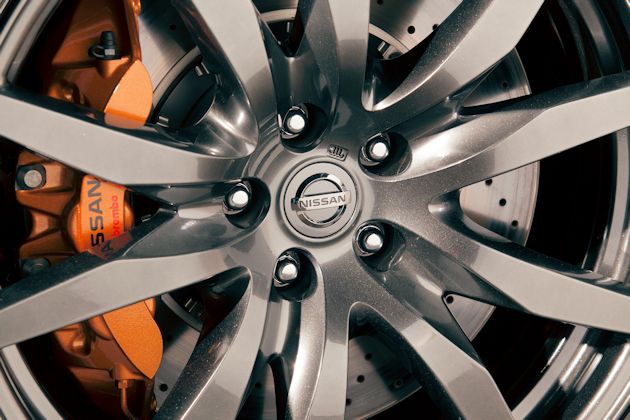 Supporting this remarkable drivetrain are massive Brembo brakes, Rays? 20-inch forged aluminum wheels, a Blistein? Damptronic Shock absorber system and it?s all choreographed by the Driver Configurable Transmission, Suspension and Vehicle Dynamic Controls, which allow the driver to ?tune? the GT-R to his or her driving style. 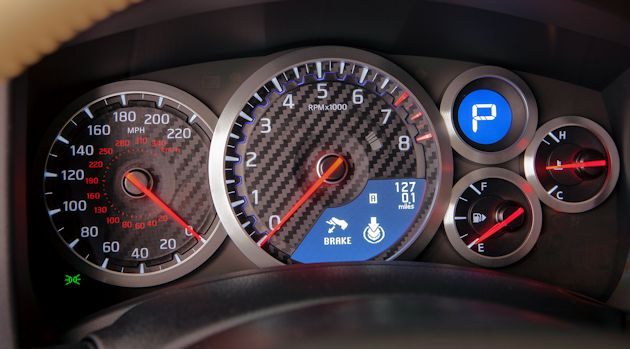 We?ve driven other cars that during a brief interlude of foot-mashed-to-the-floor-acceleration will make the skin on your face pull back like a plastic surgeon demonstrating what he/she could do for you. However, we?ve never had that happen after doing the ?mashing? at 60 mph ? Okay, I did push it a little, a couple of times.

A downside of driving this luxury race car, in addition to the less than smooth ride, is the strange sounds it makes from time to time while sitting at stop lights. In another car we might assume something was amiss, however, we were assured all the sounds were normal, and a part of partaking in the car?s amazing performance. 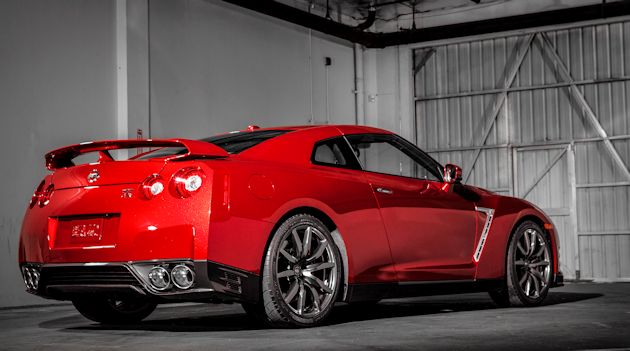 I originally had a chance to drive the GT-R on a racetrack in Portugal when it first came out and it was something of a beast ? not only fast, but a bit rough around the edges and very much like a racecar. The 2015 Black version I drove recently is much more sophisticated and had attractive red and black leather Recaro seats with deeply bolstered heated seats. The interior, which includes room for four if the rear seat occupants are wee ones that don?t have legs long enough to hang over a seat. The front seats are sophisticated looking and very comfortable.

Standard equipment on the GT-R includes Bose? audio, Nissan hard drive navigation with seven-inch screen, push button ignition and HomeLink. It even has a cruise control and drink holders, which are often deleted from performance cars — cited as being frivolous. 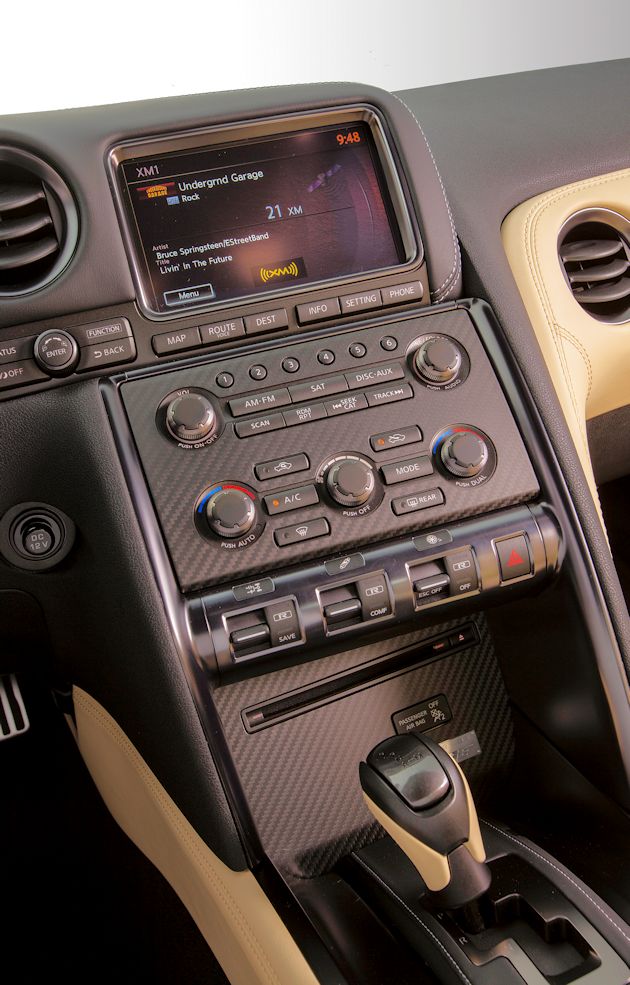 A neat ?toy? is displayed in the navigation screen of the GT-R. Simply push one of the buttons and twist a dial to the left of the screen just a finger away from the 2 o?clock position of the leather-clad steering wheel and the driver can cycle through 11 customizable pages of displays providing numerical and graphic displays of everything you could possibly want to know about the way the GT-R is performing — from the temperature of the transmission oil to how fast it is braking or accelerating or how many degrees of turn or the number of G?s you pulled in the last corner.

The 2014 Nissan GT-R is not the kind of car we would want for ourselves, however we found it surprisingly easy and comfortable to drive. In addition, the fuel economy wasn?t bad for a car of this caliber. The EPA rates it at 16 mpg city, 23 mpg highway and 19 combined. We actually averaged 19.1 mpg, even with a few hard ?mashes? on the accelerator. 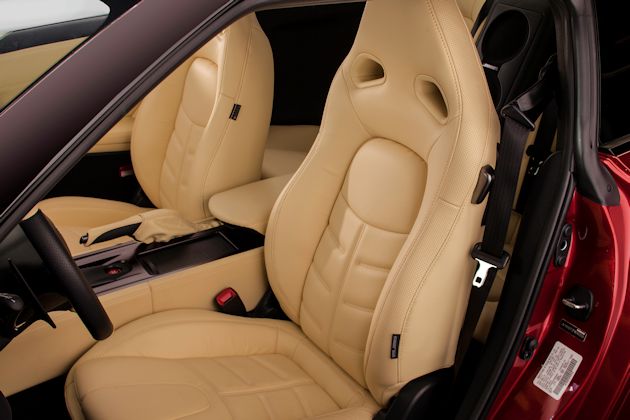 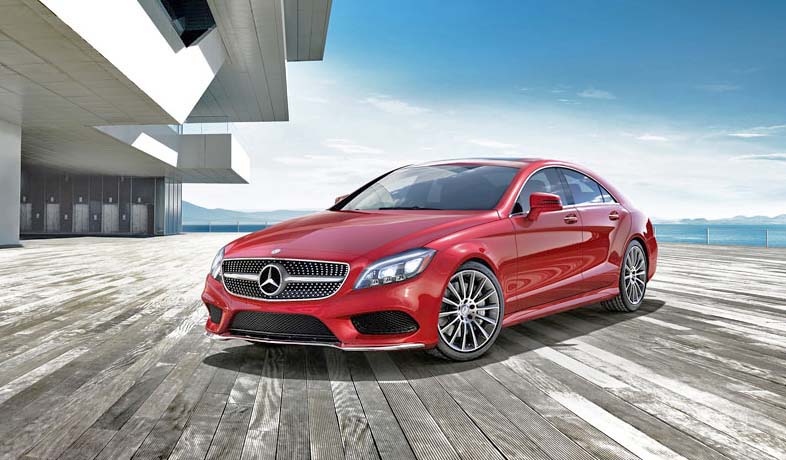