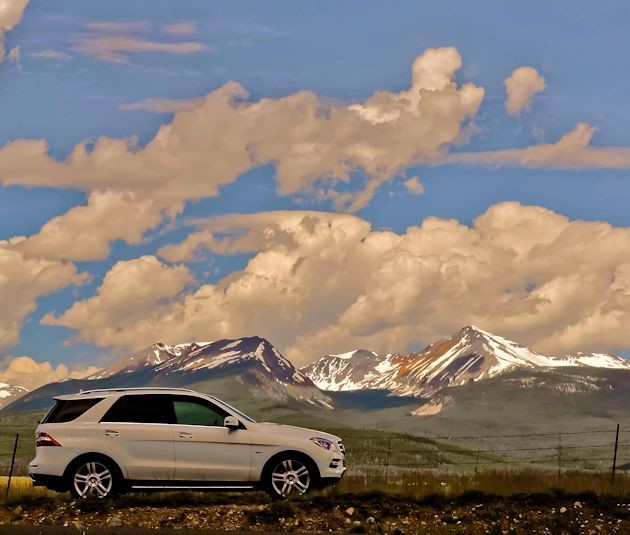 When we think of a Mercedes-Benz, it?s usually about cutting edge technology, luxury, performance and safety — in the SUV category, the 2015 Mercedes-Benz ML400 4Matic certainly fits those traits well. 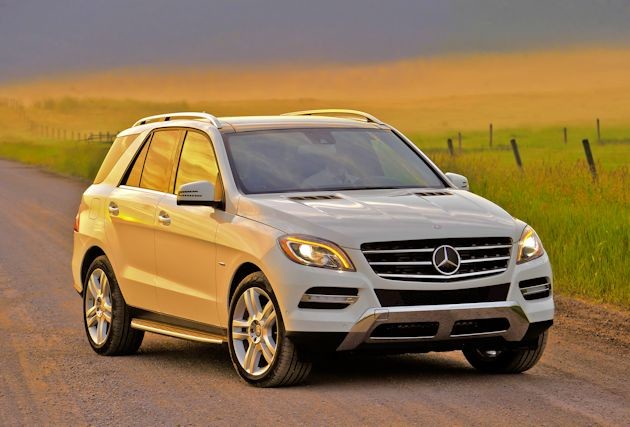 All new in 2012, the third generation ML rides on a steel unibody platform with a four-wheel independent suspension — double wishbone in the front and a four-link system in the rear. Our ML400 test vehicle was outfitted with the optional Active Curve System ($2,910) and AIRMATIC air suspension ($1,610) that stepped this SUV up to a level of handling more like a sport sedan, than off-roader. 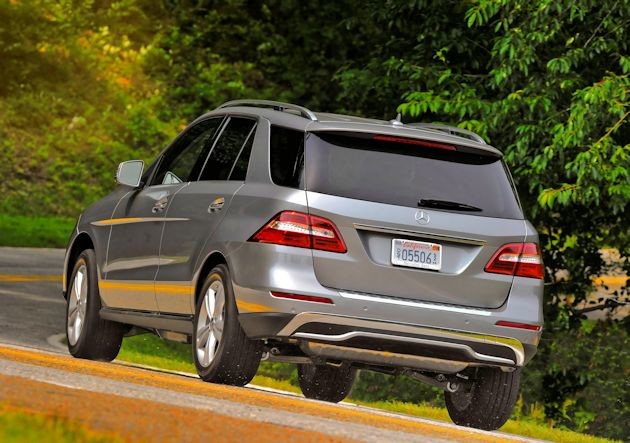 Unlike other vehicles with a higher ride height, the ML?s Active Curve System (ACS) controls the stabilizer bars to keep the vehicle in a ?flat? position in relation to the road and gives it a feeling similar to that of riding on rails. Conversely in off-road situations, the ACS uncouples the front and rear sway bars allowing the suspension greater travel for better traction over obstacles.

The AIRMATIC system electronically controls the damping of the front and rear axles to reduce road noise and vibration. Using the Dynamic Select switch, the driver can select from one of five driving modes (ECO, Comfort, Sport, Sport + and Individual) for the optimum suspension control. The system also keeps the vehicle level for better ride control, even when it?s fully loaded. 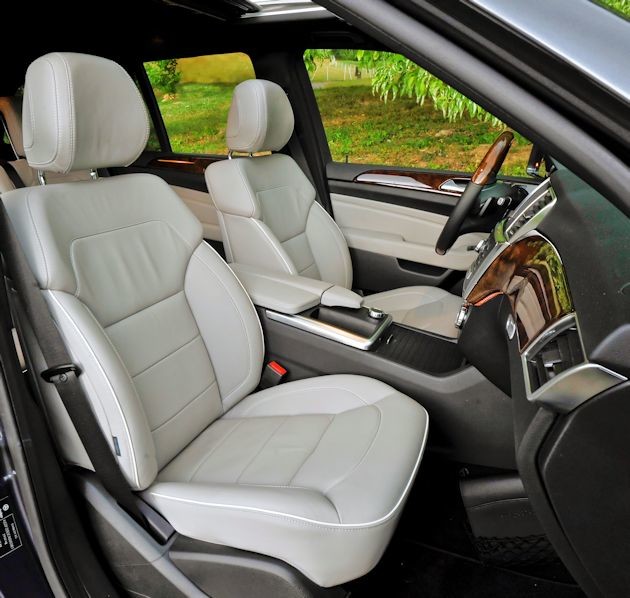 The ML has a handsome exterior in the same basic shape it has worn since the original version. It?s easily recognized by the more pronounced ?C? pillar and classic Mercedes family grille with the large Mercedes Star in the middle. There is little bling to the ML, just a nice conservative look that ages well. 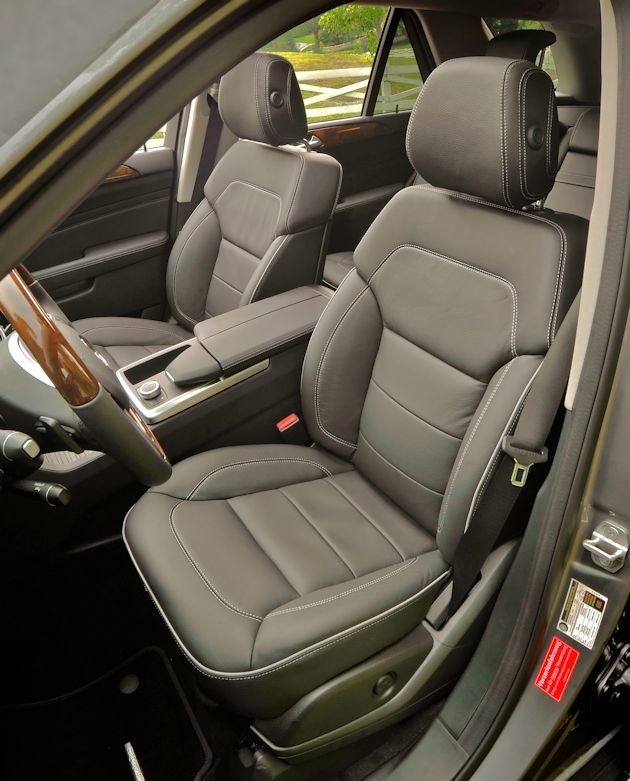 The interior is luxurious with high quality materials, but again conservative, with appropriate knobs and buttons rather than the trendy touch controls. The controls are well-placed with a large assortment of steering wheel-mounted buttons for added safety and ease of use. We like the standard Mercedes style shifter ? a short stalk on the right-hand side of the steering column and large paddle shifters mounted behind the wheel for better driver control. 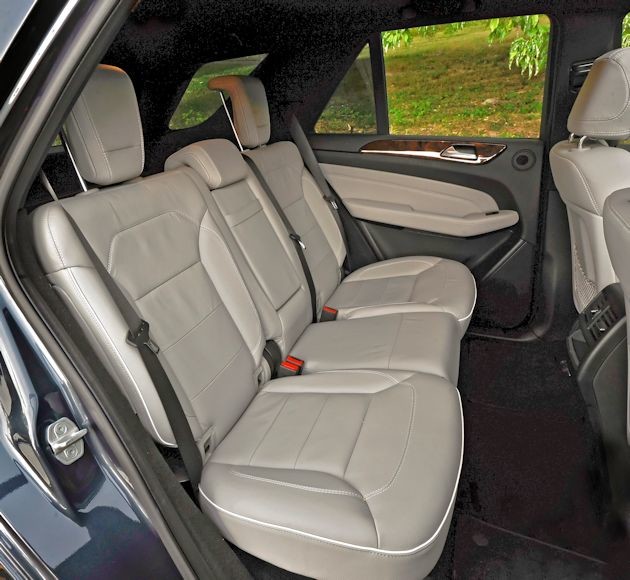 All the engines are direct injection with state-of-the-art electronic control systems and are attached to the latest version of the Mercedes seven-speed automatic transmission. The transmission shifts smoothly and quickly in both in the automatic mode or manually using the shift paddles. 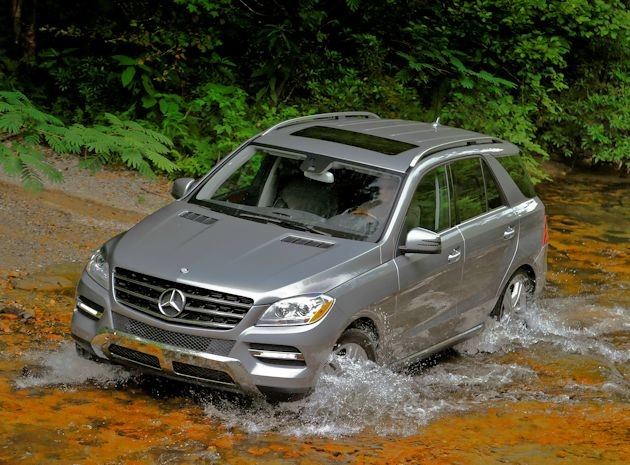 The ML is not a rock crawler, but it has good off-road capabilities with its 4MATIC full-time all-wheel drive system. Never-the-less we think it?s much better suited for paved roads and adverse road conditions. 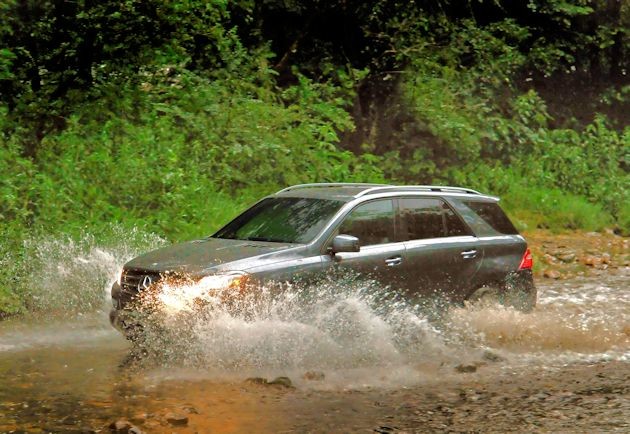 The ML400 twin turbo V-6 makes a 0 to 60 mph run in 6.5 seconds, which is 1.2 seconds slower in the acceleration test than the twin-turbo V-8 it replaces. However the improvement in fuel economy is substantial with the V-6 getting an EPA rating of 18 mpg city, 22 mpg highway and 20 mpg combined, as compared with 14/19/16 mpg for the previous V-8. We actually averaged 21.1 mpg during our week driving the new ML400.

The previous 3.0-liter V-6 diesel had an EPA rating of 20/28/23 mpg while the new 200-hp 2.1-liter four-cylinder is rated at 22/29/25 mpg. The 0 to 60 mph acceleration times increase from 7.5 to 8.9 seconds. It?s unusual to see Mercedes performance numbers getting slower, but the better fuel economy is what the government is mandating. 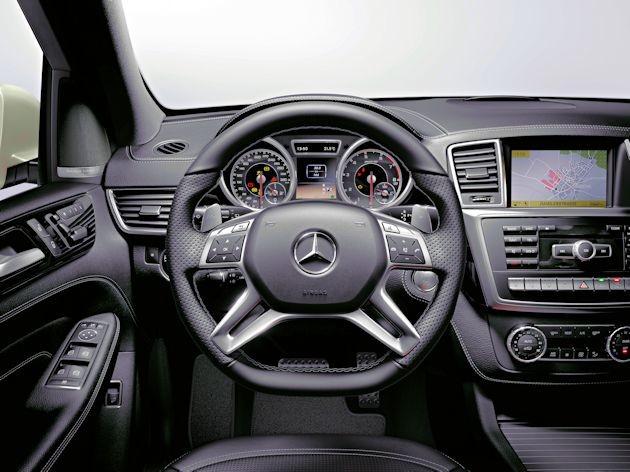 Mercedes vehicles are generally technologically leaders and the M-Class sport utility follows right in line with features that usually take a system a step or two farther than similar systems used by other manufacturer. Some of the interesting technologies include the Attention Assist system that senses when it?s time for the driver to take a break. It also has Lane Keep Assist with a warning that simulates a rumble strip vibration when the driver veers over the line. A Blind Spot identifies other vehicles and automatically brakes if the driver doesn?t heed the warning and continues to move into the unseen vehicle. The Adaptive Highbeam Assist automatically dims and brightens the headlights based on traffic. 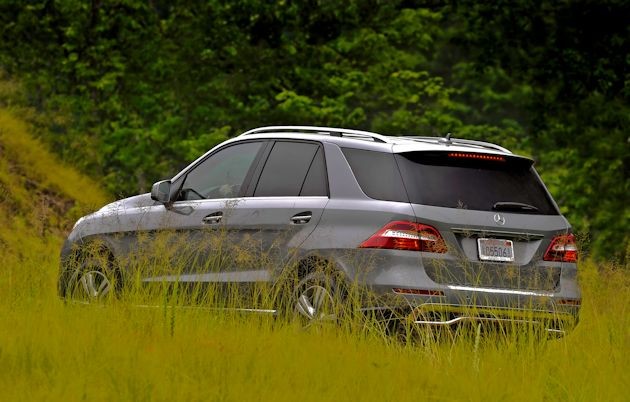 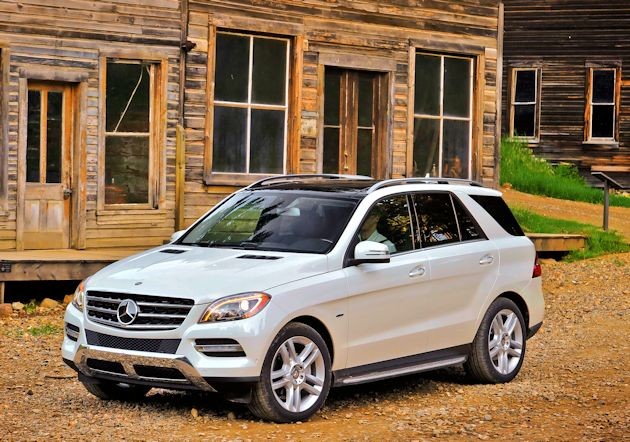 The Mercedes-Benz M-Class SUVs, which are built in Tuscaloosa, Alabama, is a must drive for luxury SUV shoppers. 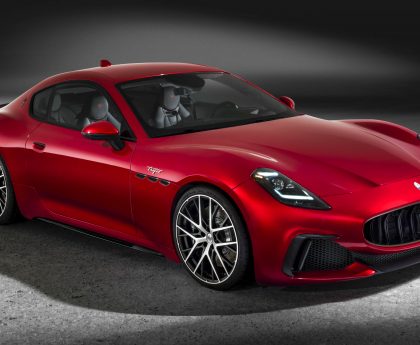