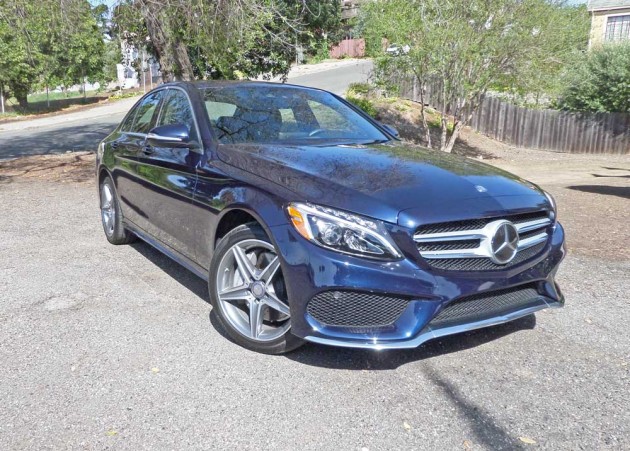 The Mercedes-Benz C-Class was once the entry level Mercedes, which was often referred to as a ?Baby Benz?. As often happens in the auto industry, model lines progress to the next level in terms of content and capability. The Mercedes-Benz CLA models have replaced the C-Class Mercedes as an entry into the venerable Tri-Star camp, and the new C-Class offerings now equate to what used to be older E-Class model status with a host of S-Class technological features thrown in for good measure. Initially, only three models will appear in the marketplace: a base C300 model; the Mercedes-Benz C300 4MATIC, which we will review here; and the C400 4MATIC. A C63 AMG and a C63 AMG S-Model will bow at a later date. The 2015 C-Class lineup is now considered a mid-range Mercedes, positioned between the CLA and E-Class. 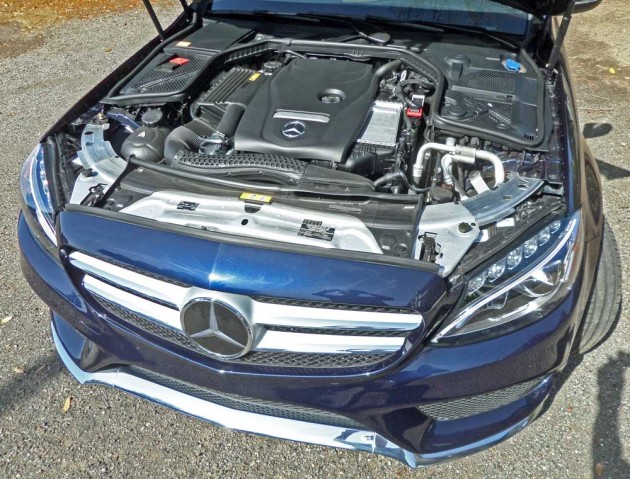 The Mercedes-Benz C300 draws its motive force from a 2.0-liter, DOHC, 16-valve, turbocharged inline four cylinder engine with Direct Injection that puts out 241 horsepower at 5,500 rpm, while developing 273 pound feet of torque in a range from 1,300 to 4,000 rpm. Energy is transferred to the driving wheels through a seven-speed 7G-TRONIC PLUS automatic transmission with steering wheel mounted paddle shifters. The C400 is powered by a 3.0-liter, DOHC, 24-valve BiTurbo V6 engine that delivers 329 horses along with 354 pound feet of torque. Both models come with 4MATIC, but a rear-wheel drive version is in the works. 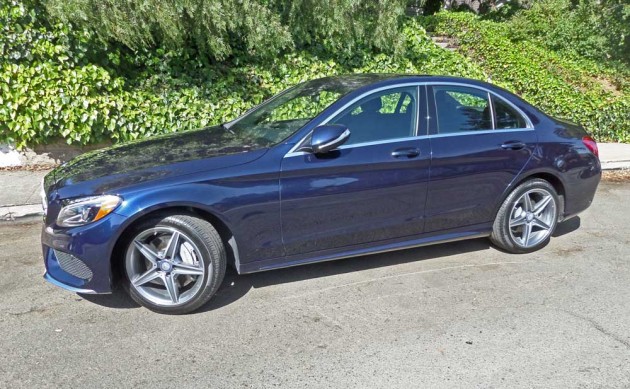 Despite the fact that the new four-door, five passenger C300 Benz sedan has grown in stature (it?s now 3.7-inches longer overall with a 3.1-inch wheelbase increase and a gain in width of 1.6-inches), it has shed some 200 pounds from the weight of its predecessor through the increased use of aluminum and high-strength steel in its construction. 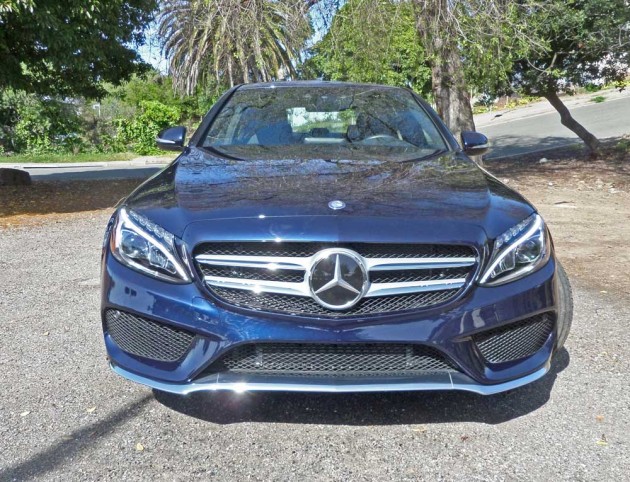 In terms of its visual appeal, this latest C-Class has graduated to a higher class, with more sophisticated styling cues. Sporting a lengthy hood, sharply raked windscreen, elegantly curved cabin and abbreviated deck, along with its low athletic stance, the C300 projects an elegant, yet sporty persona. The frontal appearance is obviously inspired by the S-Class and delivers a bold and athletic image that issues a not-so-subtle hint at the car?s mission statement ? to attract more youthful buyers. U.S. consumers will be able to choose either a traditional grille with the Three-point Star ornament mounted on the hood or a smoother nose, with the logo appearing in the center of the grille. 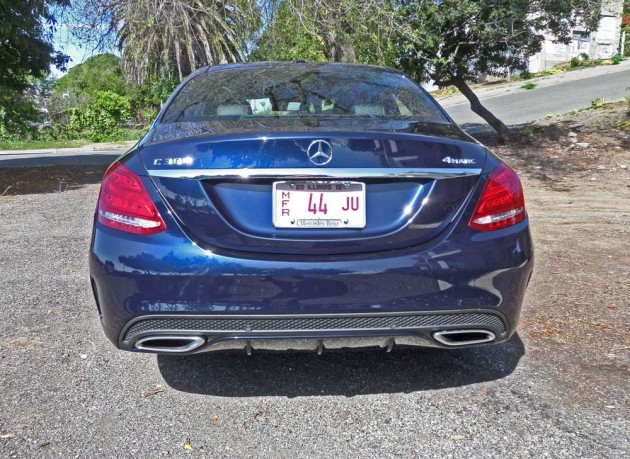 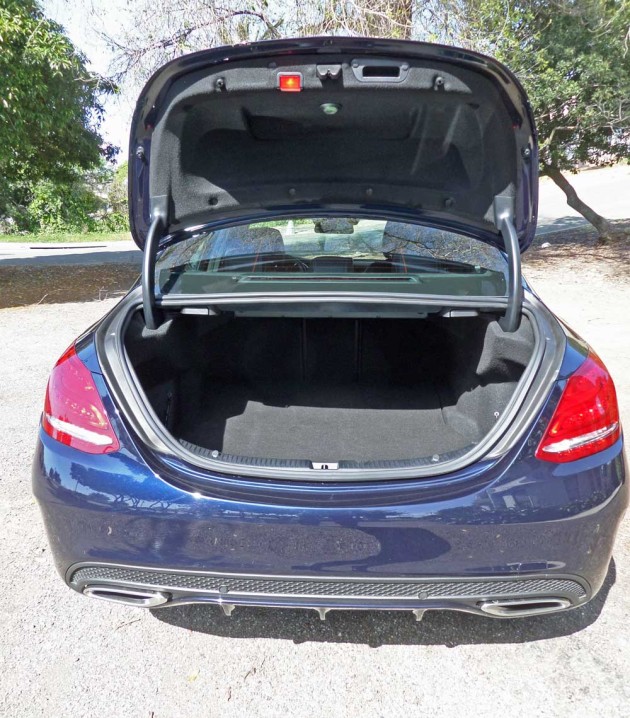 Moving to the inside, the new Mercedes-Benz C300 4MATIC is chock full of comfort and convenience features such as: a more contemporary interior with a wide range of multimedia and infotainment features including a new optional head-up display, keyless start, Burmester? premium sound system, console-mounted touch controls, a power driver?s seat with memory, power folding mirrors and folding rear seats. There are also varied apps and internet connectivity. 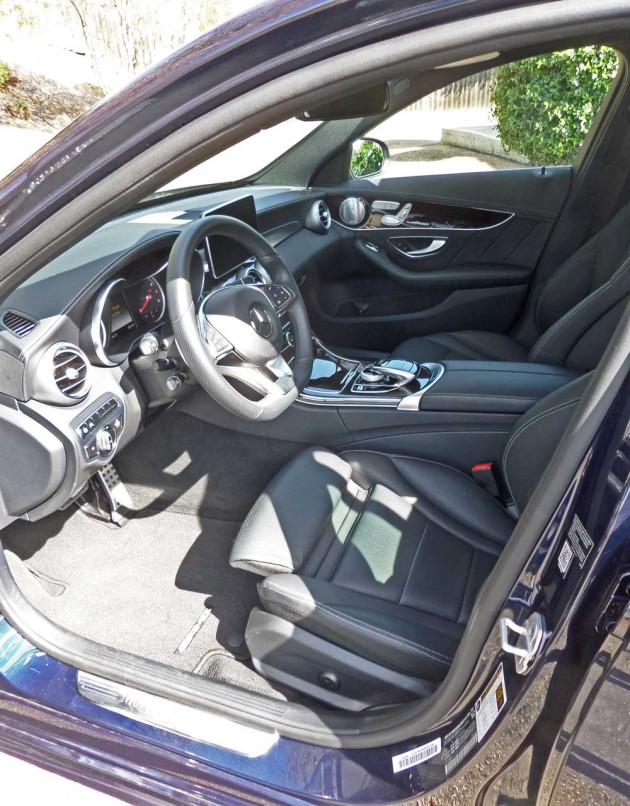 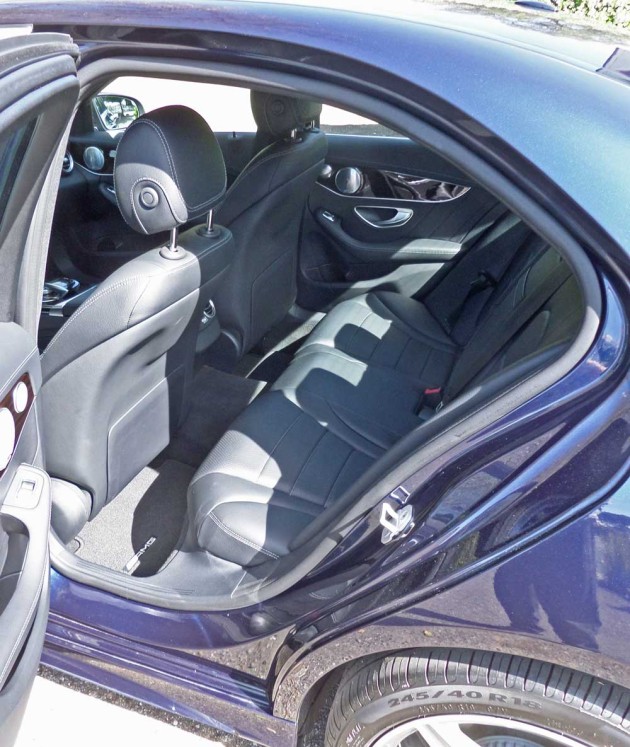 Safety features and equipment haven’t been forgotten either with Distronic Plus, Brake Assist Plus, which senses stationary vehicles and pedestrians and provides automatic braking in the event that the driver doesn’t react. There are pelvisbags for the driver and front passenger, a driver?s kneebag, new windowbags and sidebags for the rear-seat occupants. ABS, ESP, and BA are also included along with adaptive Braking technology. 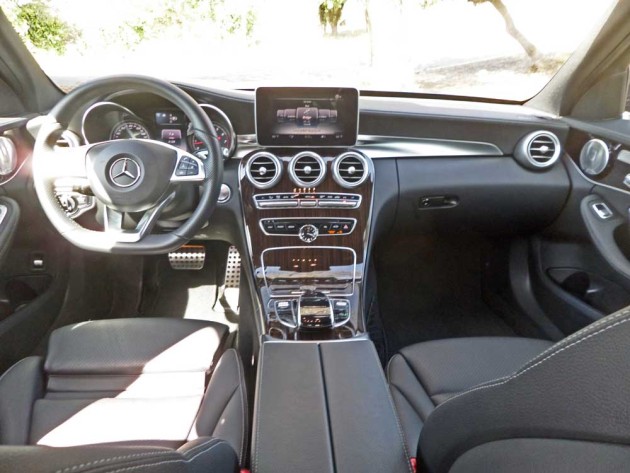 My test Mercedes-Benz C300 4MATIC wore a Lunar Blue metallic exterior finish and came with a Sport Black MB Tex interior with Polished linden wood trim accents. The base price was set at $40,400 while options and Destination and Delivery charges kicked the final ante up to $52,295. Options included: the metallic paint, Linden wood trim, heated front seats, the Premium Package, MultiMedia Package, Sport Package and Driver Assistance Package. The content of the individual option packages are too extensive to list here.

SUMMARY: The 2015 Mercedes-Benz C300 4MATIC promises to be a staunch competitor in it class. It is its own vehicle and its purpose was not to try and emulate other vehicles in its category, but rather to stand alone for what it happens to be ? an exceptional mid-size luxury sedan with sporting attributes. 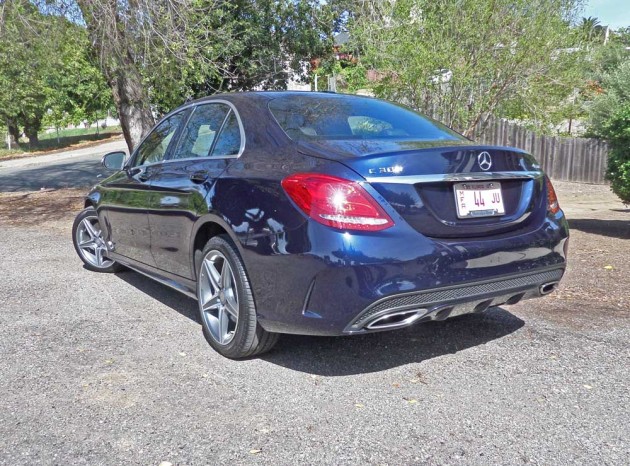 Performance from the 2.0-liter, turbocharged four-banger (actually it doesn?t ?bang? at all, but is quite smooth) is more than adequate and should please even the sport-minded driver. Ride and handling qualities and characteristics may be adjusted by a switch on the console that allows for an Individual setting, as well as Sport Plus, Sport, Comfort or Eco settings.

The Sport Package brings the car closer to the ground while giving it a more performance-oriented flavor inside and out. 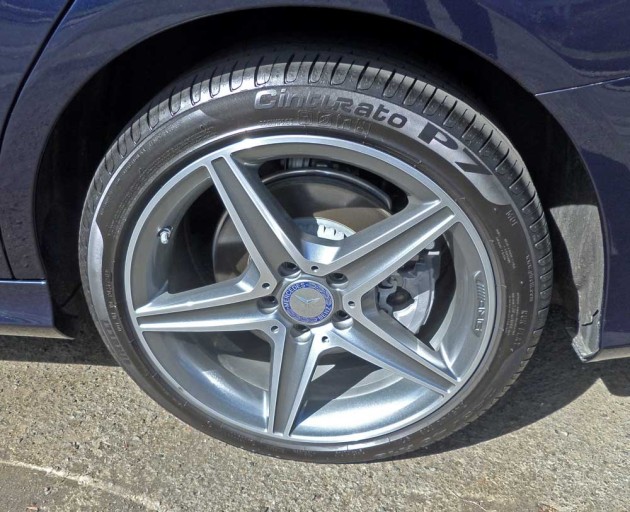 In the final scheme of things, this latest C-Class is a clear winner and is sure to attract new devotees to the Mercedes fold, as it does everything that it?s intended to do, and does it quite well.

Every C-class sedan for the U.S. market will be built in Mercedes’ Tuscaloosa, Ala plant. 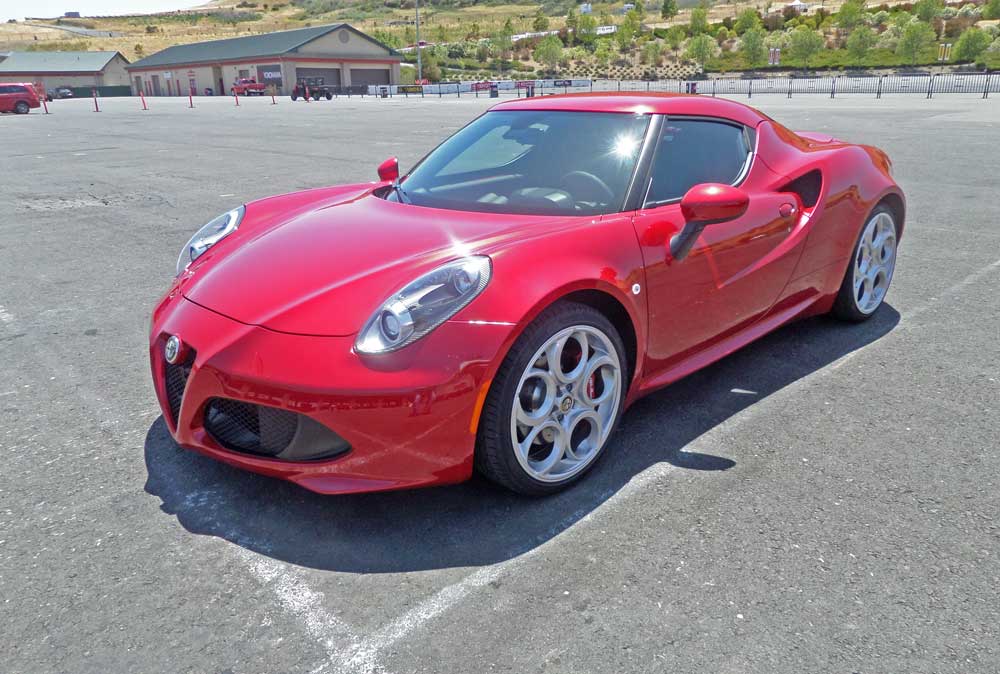