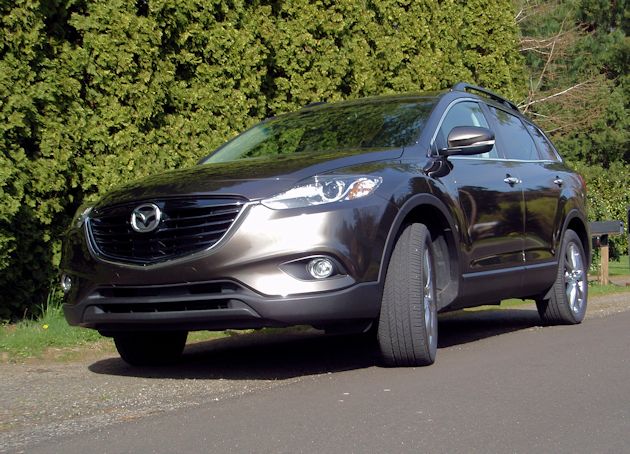 With a heritage leading back to a platform and drivetrain derived from the Ford Edge (that was when Mazda and Ford were still dating) the CX-9 is the odd fellow in the Mazda lineup which is comprised smaller agile cars. Nevertheless, the 2015 Mazda CX-9 remains relatively fresh and vibrant in the tough mid-size SUV category.

In 2013, the flagship three-row Mazda CX-9 received a major refresh including a dose of KODO ?Soul in Motion? design enhancements. KODO is one of those esoteric Japanese design languages that are difficult to describe. Mazda uses references to ?fluidity of movement? and several other Zen-like descriptions we don?t totally understand, but when applied to a vehicle design, it looks great, especially on the CX-9! 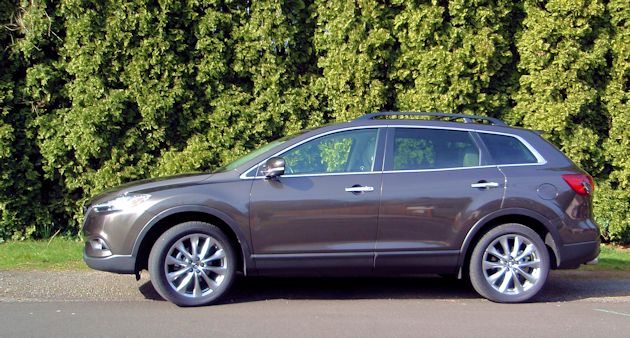 At 200-inches long, the CX-9 is only four inches shorter than the Chevrolet Tahoe and about a foot longer than its cousin the Ford Edge which just had a major redesign. The KODO styling makes the CX-9 look more streamline and not boxy like more traditionally styled crossovers and SUVs. It also has a sportier feel behind the wheel, too ? more like a sport wagon than a truck. 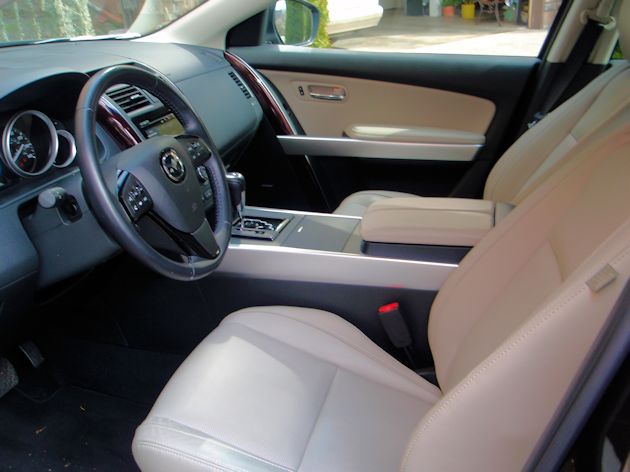 The interior is spacious with room for real size people in the first two rows, and more petite individuals in the ?way back?, which is what we call a vehicle?s third row. With all three rows in place the 17.2 cubic feet of cargo space is about the equivalent of a large sedan plus there?s a large storage area under the cargo floor. When the second and third row seat backs are folded, there is 100.7 cubic feet of space ? that?s 6.0 cubic feet more than the 2015 Tahoe. 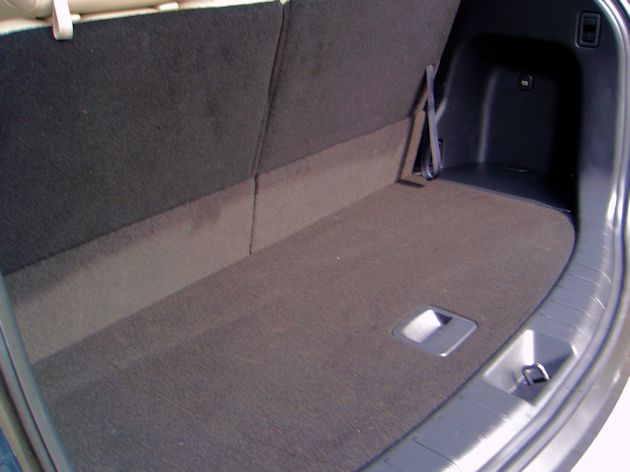 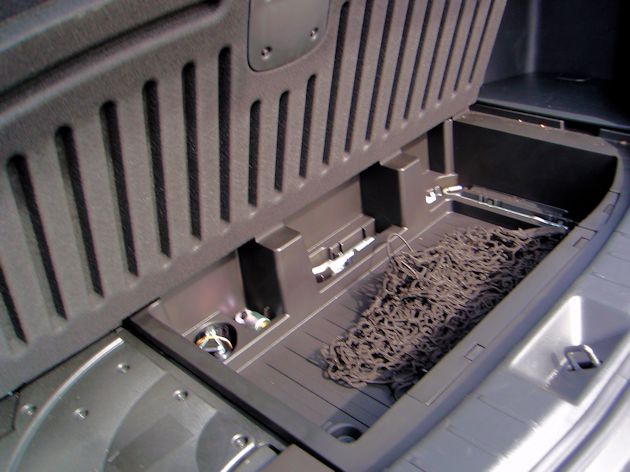 Controls are well placed, easily identified and have a good positive feel. We like that the transmission has an extra shiftgate for manual shifting, but it does take a while to adapt, because the Mazda engineers subscribe to the ?other? pattern of shifting ? pushing forward to shift down and pulling the shifter toward the rear to shift up. The system actually makes sense when you think about the vehicle motions, but when most vehicles are just the opposite; it takes us a few days to adjust. 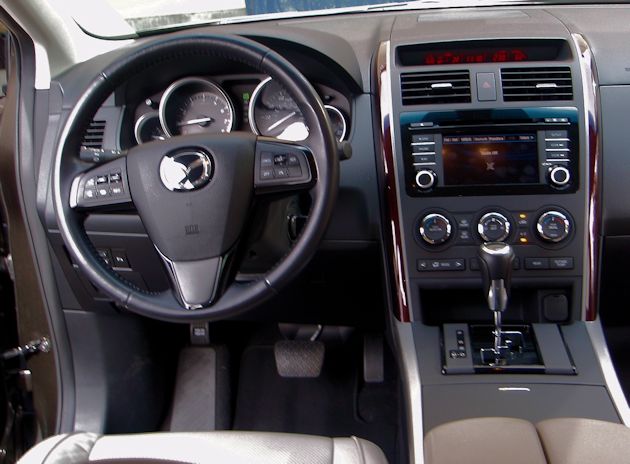 The optional GT Tech Package navigation system which also includes a Bose audio system and satellite radio is mounted in the center stack at about the same level as the center of the steering wheel. The 5.8-inch screen is small compared to many navigation screens and that combination of position and size requires taking your eyes off the road for too long when you look at the map. The audio portion of the unit does include the latest technologies like HD radio, satellite radio, Pandora and Bluetooth streaming. The system links with the Internet using a smartphone connection. The $2,435 package also includes a moonroof. 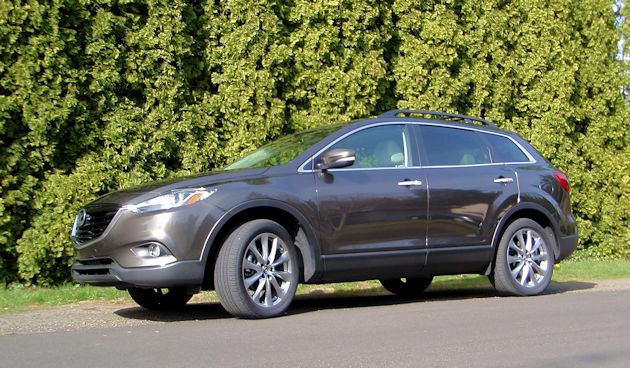 Under the hood is a 273-hp, 3.7-liter V-6 engine attached to an Aisin six-speed automatic transmission driving the front wheels. All-wheel drive adds $1,250 or $1,450 depending on the model. The proven drivetrain feels responsive and powerful underfoot and accelerates from 0 to 60 mph in 7.5 seconds. Like most larger SUV/crossovers, fuel economy is not its best feature. EPA estimates say the CX-9 AWD gets 16 mpg city and 22 mpg highway. We averaged 18.7 mpg in mixed driving conditions.

The big Mazda will tow up to 3,500 pounds when equipped with the optional ($425) towing package. 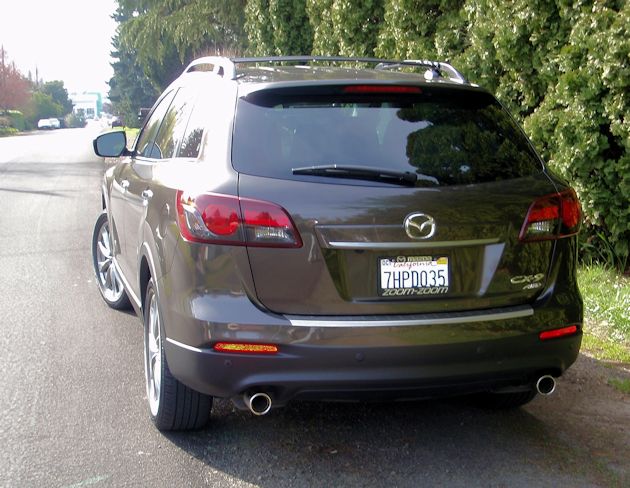 The new CX-9 is available in three trim levels, Sport, Touring and Grand Touring and in front or all-wheel drive. Prices range from $30,865, including the destination charge, for the FWD Sport to $37,505 for the Grand Touring model with AWD. With all the available options the price can go to nearly $42,000.
A new option for 2015 is the Recreational Accessory Package which when added to either the Tech or Rear Set Entertainment package adds roof rails, cross bars, cargo net and stainless steel rear bumper guard for $650. 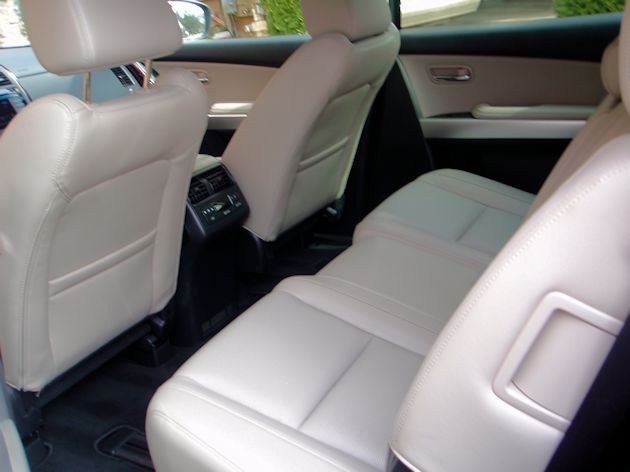 The 2015 Mazda CX-9 also has some important safety features we think should be on all cars including blind spot monitoring, roll stability control and rain sensor wipers. We also appreciate other features like the Rear Cross Traffic alert system, Bi-Xenon headlights and power liftgate that are standard on the top level Grand Touring model. Barbara insists on all the safety options. 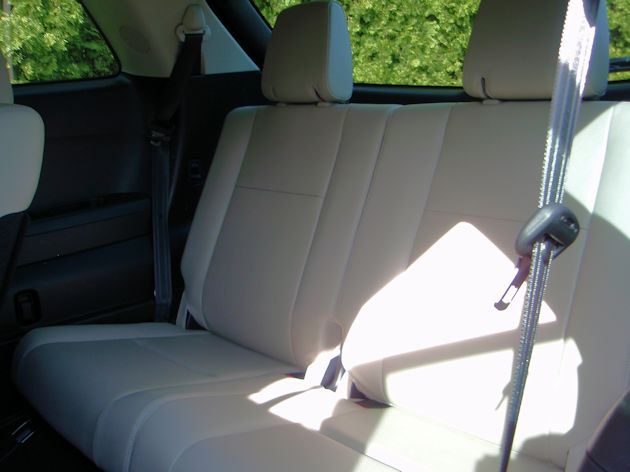 The CX-9 is not a big seller, but we think it should be on the ?must drive? list of shoppers looking for a three-row crossover/SUV. The 2015 Mazda CX-9 is keeping up with most of the latest technologies and it?s comfortable, enjoyable to drive and a good value. 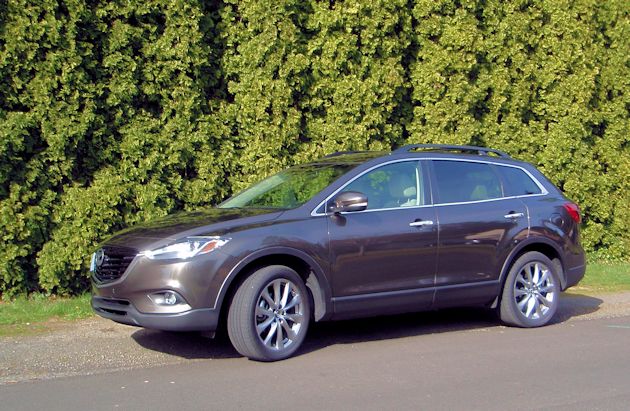 If you buy a CX-9, you?ll be looking good and you won?t be seeing them all over the place. 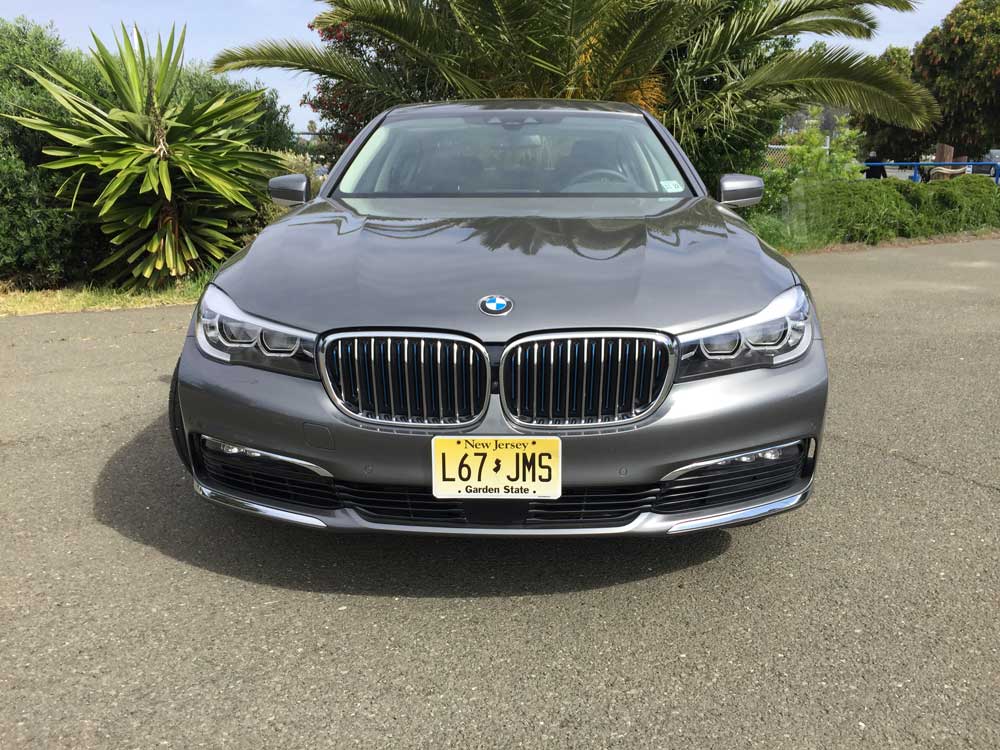