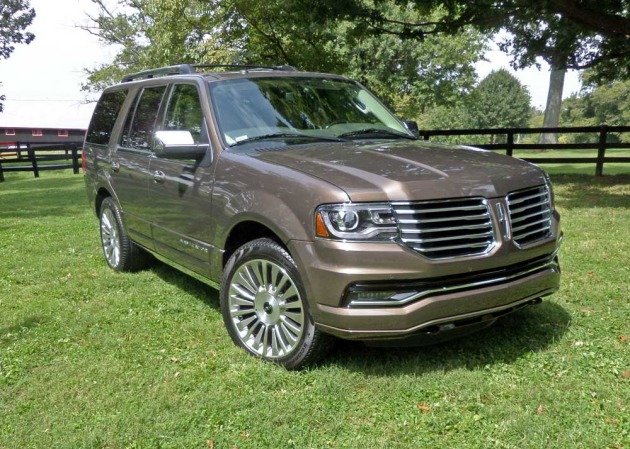 When the Lincoln Navigator first appeared on the scene, it was one of the first full-size luxury SUVs, literally creating a new segment. Now for the 2015 model year, the Lincoln Navigator serves up a new interpretation of that first classic vehicle, with two sizes available ? a regular and a long wheelbase model, which is a foot longer. 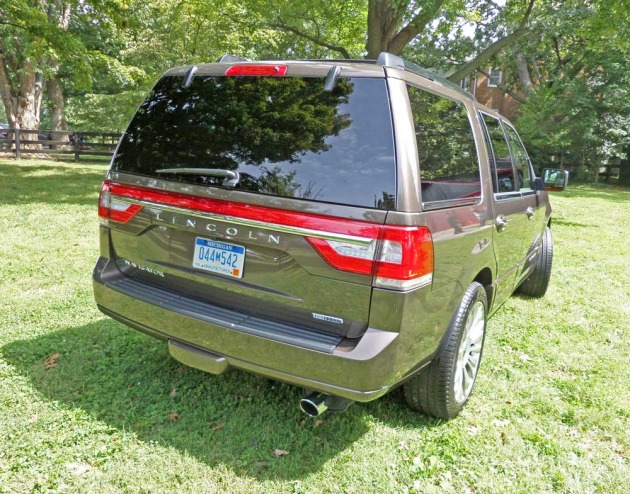 Displaying a refreshed exterior with new design cues fore and aft, along with updated interior appointments and treatments as well as technologies that are focused on answering customer demands, This latest iteration Lincoln Navigator is aimed at reestablishing Lincoln?s leadership in the full-size luxury SUV market. 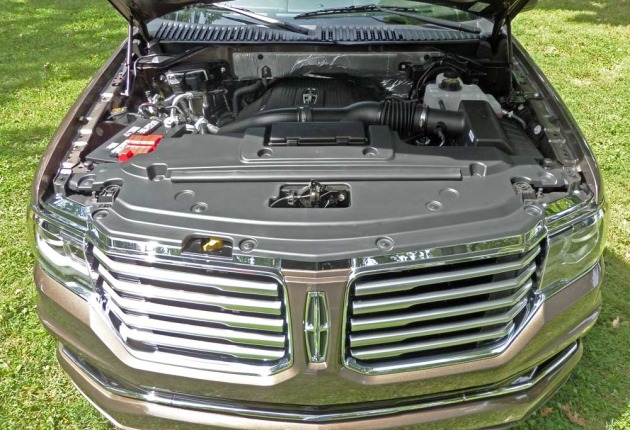 The Navigator?s engine is also new ? a 3.5-liter, twin-turbocharged EcoBoost? Direct Injection engine that delivers 380 horsepower at 5,250 rpm along with 460 pound feet of torque (more than the previous-generation Navigator provided, while providing EPA-estimated, best-in-class fuel economy of 16 mpg city, 22 mpg highway and 18 mpg combined. The engine mates or a six-speed Select shift automatic transmission that gear motive force to either the rear wheels or to all four wheels. Emissions exit through a single bright-tipped exhaust. 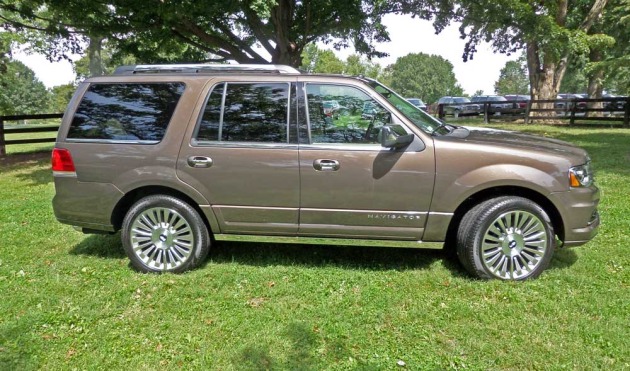 The regular wheelbase Lincoln Navigator will begin at $61,480, while the Extended or long wheelbase version starts at $67,220. Add $995 for Destination and Handling charges for both. 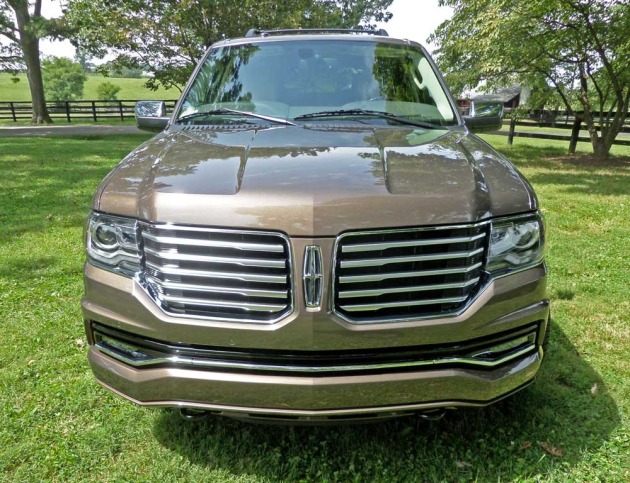 Visually appealing, the exterior design modifications are accentuated by a new execution of Lincoln?s split-wing grille which contributes to the sleek frontal styling, serving up a look that includes a newly designed hood, jewel-like daytime running lights and high-intensity discharge adaptive headlamps with LED accents. The LEDs give Navigator a distinct personality with a total of 222 illuminating the exterior. The Navigator rolls on 20-inch ultra-bright machined aluminum wheels while Reserve Package vehicles are equipped with 22-inch bright, machined aluminum wheels. 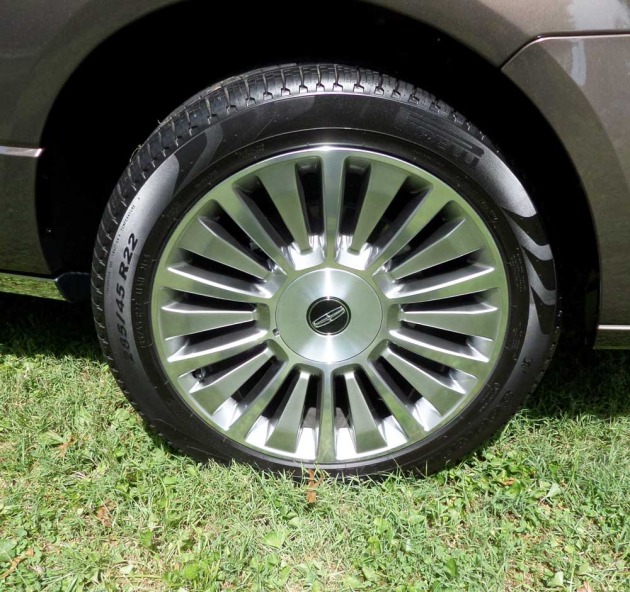 Interior enhancements include luxurious leather with custom stitching and added consumer-focused technologies such as SYNC? with MyLincoln Touch?. Other standard Navigator features include a new Lincoln steering wheel wrapped in Wollsdorf leather with wood-trim, featuring a thick grip and soft touch. 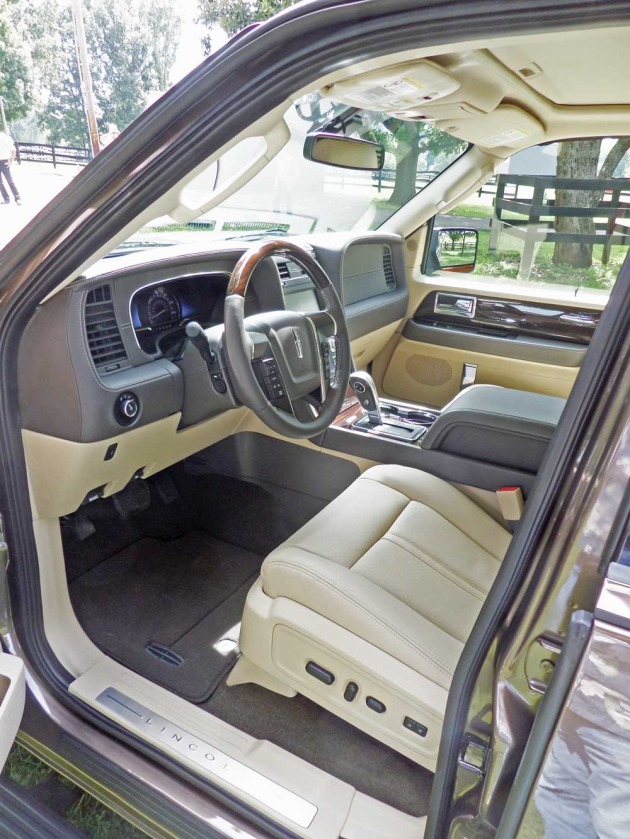 A special Reserve Package delivers an enhanced level of luxury, offering: an updated cabin that extends upgraded premium leather to all three rows of seats, the armrests, center console lid and gear shift, along with a hand-wrapped leather instrument panel with contrast stitching and leather glove box door; rare, premium Ziricote wood trim accents. Ziricote is a luxurious natural-grain wood that?s new to the automotive industry – it is most commonly used as an accent in luxury yachts. Also part of the Reserve package are power running boards in Tuxedo Black or bright stainless steel. 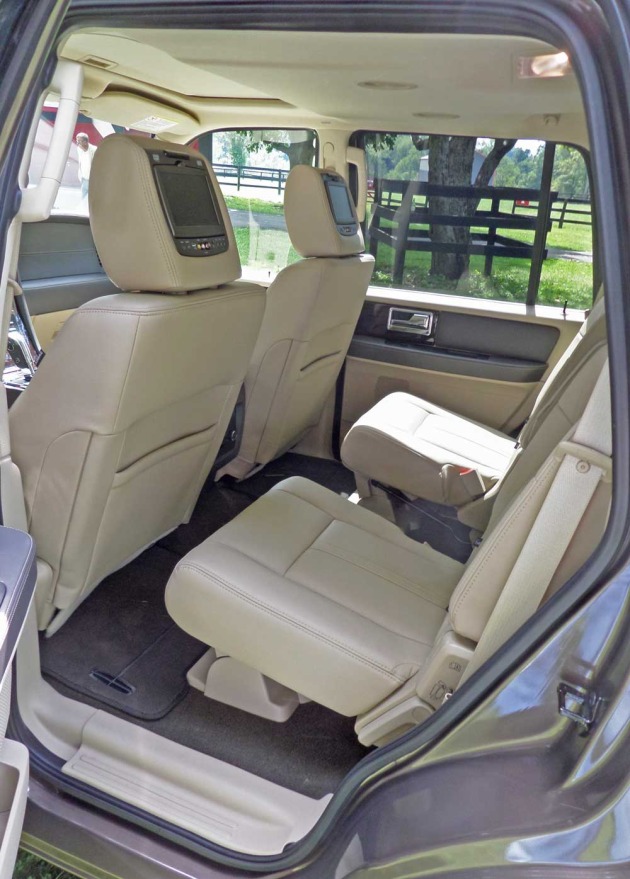 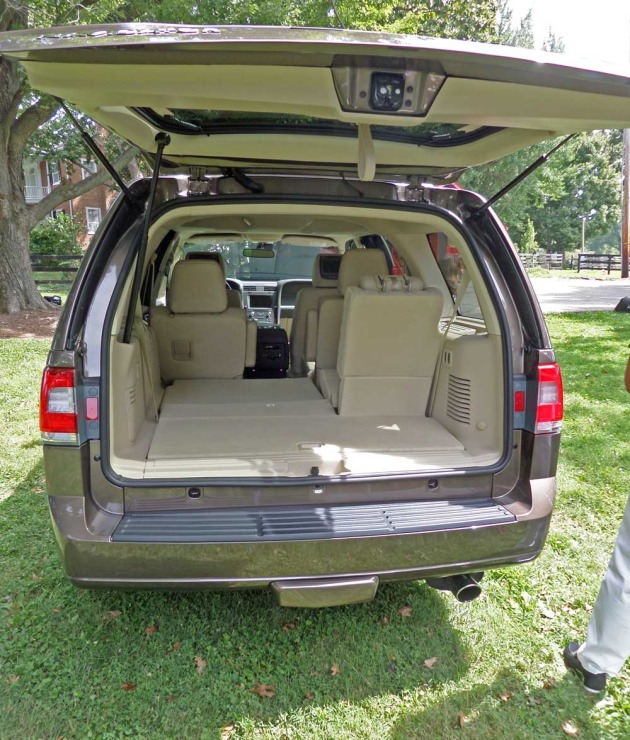 The new Navigator comes standard with Illuminated welcome mats under the front doors greet Navigator driver and passenger when the unlock button on the key fob is pressed, a passive entry system that allows owners to enter without using a key. The system senses when the key fob is in range of the door and allows for keyless access via a door-mounted button. Once inside, push-button start allows for keyless engine ignition. 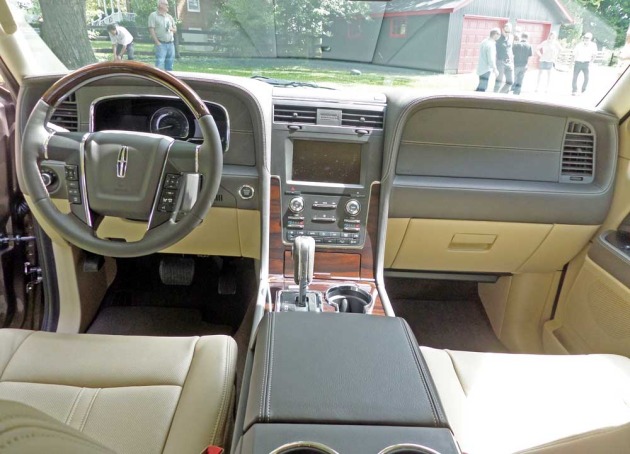 SYNC with MyLincoln Touch is also standard fare. The driver connect system allows drivers to use voice-activated or touch screen controls to make phone calls, play music, manage the navigation system or set cabin temperature. The system features a 4.2-inch LCD screen in the instrument cluster, an 8-inch touch screen in the center stack and traditional knob controls for easy operation. A Blind Spot Information System signals when another vehicle is detected in an adjacent lane behind either rear wheel. For 2015, Navigator also introduces a standard rearview camera, which displays a color image on the 8-inch touch screen for a better view when driving in reverse.

Navigators equipped with four-wheel drive offers Hill Descent Control?, along with standard hill start assist. With hill start assist, a vehicle parked on a slope with a grade of five degrees or more remains stationary for up to two seconds after the driver releases the brake pedal, eliminating forward or backward roll before acceleration. 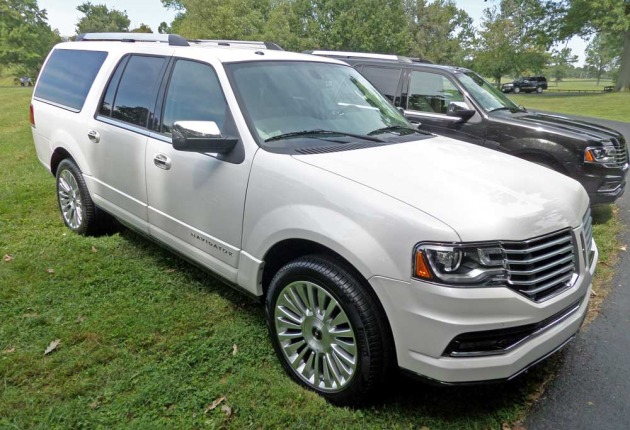 During the National Press launch of the Lincoln Navigator in Louisville, Kentucky, where it is produced, I was able to experience wheel and seat time in a 4×4 extended (or long) wheelbase version with the Reserve equipment Group 101A. It wore a White Platinum Metallic Tri-coat exterior finish and came with a complimenting Dune interior. The base price was set at $67,220 while the final tally came to $75,760 after factoring in options and the Destination and Delivery charges.

SUMMARY: The 2015 Lincoln Navigator in either length or drive configuration is not only much more attractive than before, but it is a considerably better vehicle as well. Forget the fact that there is no V8 under the hood, the 3.5-liter EcoBoost V6 is quite capable of delivering the goods and hauling the mail with gusto, despite the fact that the 4×4 Navigator L weighs in at over three tons, and it is capable of towing up to 8,300 pounds when properly equipped. All that, and the EPA mileage estimates are reasonable. 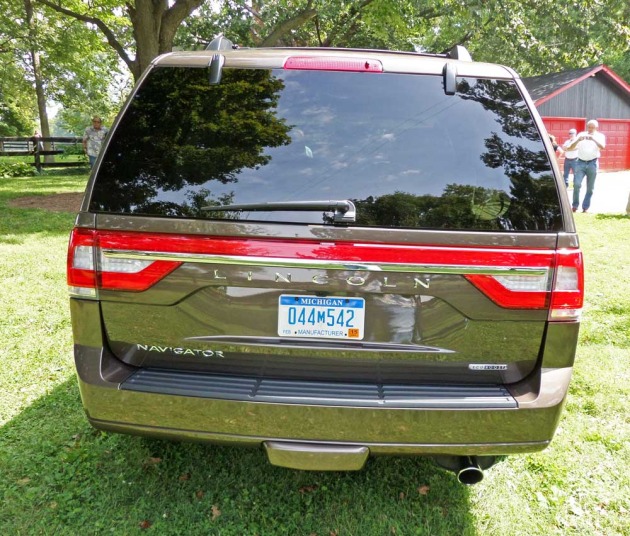 The Lincoln Navigator is a really large SUV, but it drives and handles like a much smaller vehicle. It features nimble and precise handling, especially for its size when set in Sport mode, and the ride quality is luxurious and comfortable.

Bottom line, the 2015 Lincoln Navigator L 4×4 is one fine, luxurious, full-size SUV, and it should be able to hold its own with the tough competition that it shares the category with. It all comes down to one?s individual tastes and requirements, and this latest iteration Navigator shines with its many enhancements and improvements. 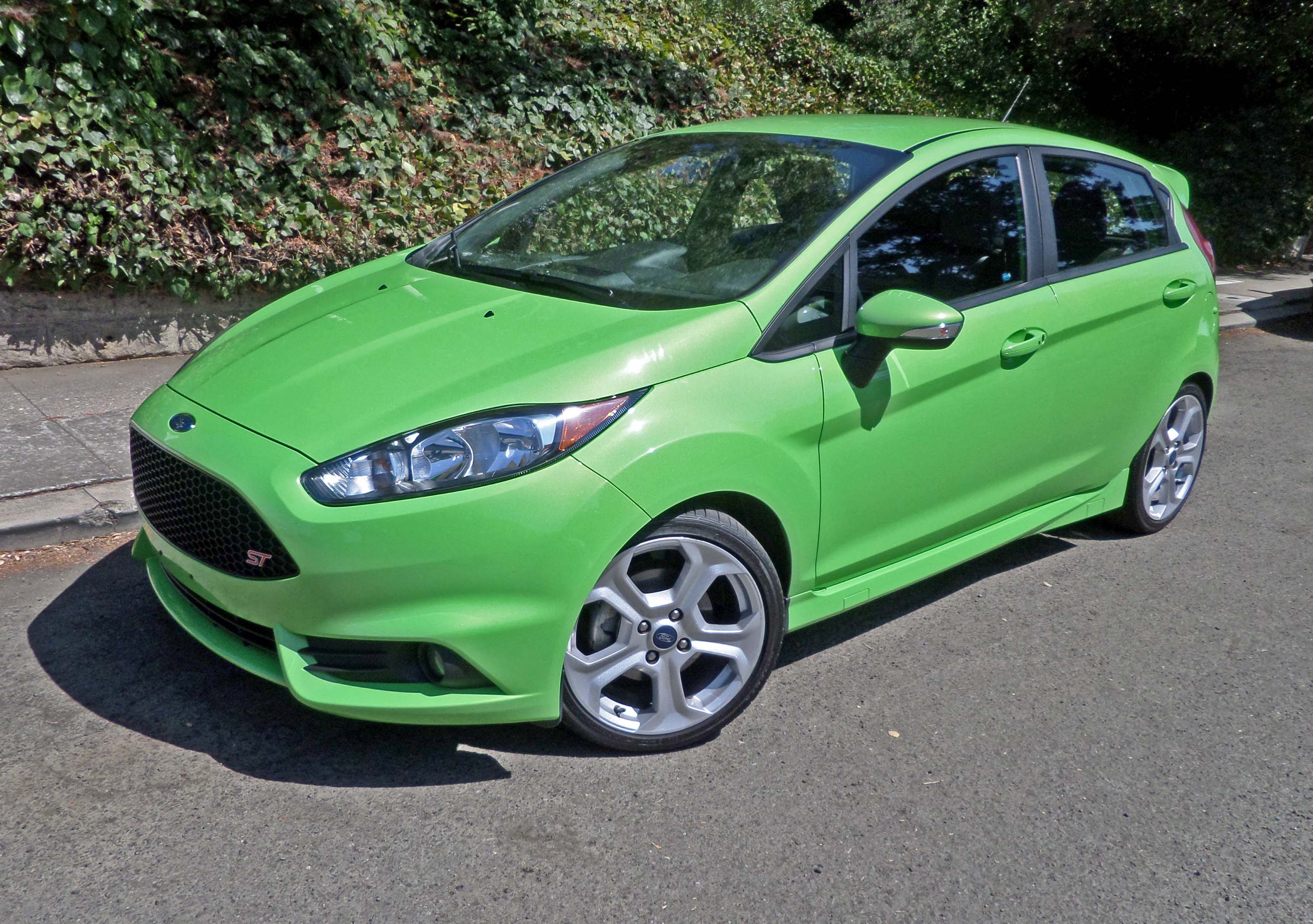