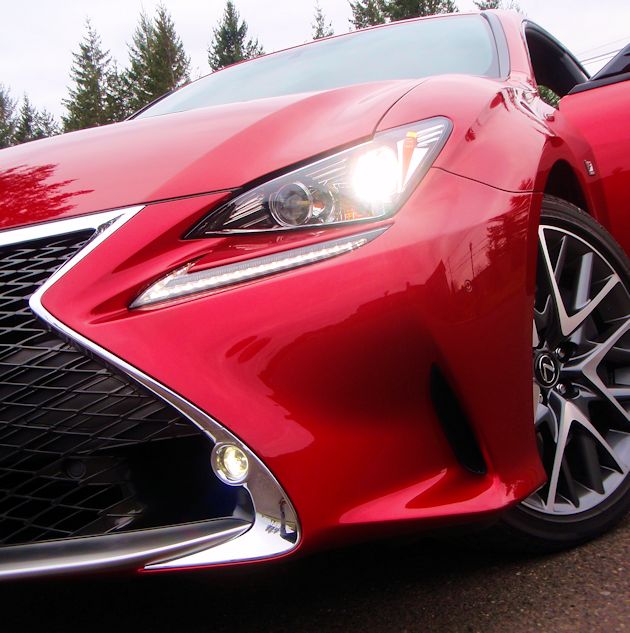 A few months ago Bill had a chance to review the Lexus RC F Coupe at the new NOLA Motorsports Park in New Orleans. The specialty performance car displayed amazing performance and handling but it?s not the kind of car most American shoppers are going to buy, it is more of a halo car to draw attention to the Lexus brand.

The RC F Coupe has a 467-hp high performance V-8 engine that is capable of accelerating from 0 to 60 mph in just 4.4 seconds, with a top speed limited to 170 mph and a sticker price starting at $62,400. This is an important car for Lexus because it draws attention to the brand since the automotive media thrives on cars like this. But this review is not about the RC F Coupe; rather it is about the RC 350, the car on which the RC F is based. 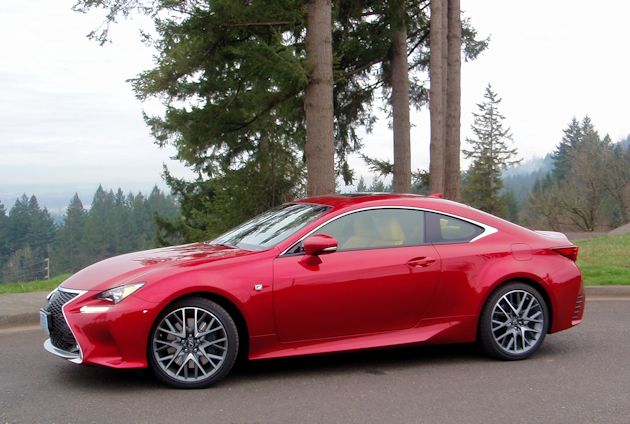 Few other cars have turned heads more than the 2015 Lexus RC 350 F Sport when we drove it recently. The Lexus plan was to make the RC look as ?cool? as possible and we think they scored a bulls-eye on that target. Rather than try to explain the design it?s best for you to see it in the pictures or in person at a dealership, it?s impressive from the wild Lexus signature spindle grill and state-of-the art LED headlights and daytime running lights back to the three dimensional tail lights — this car is a trendsetter. 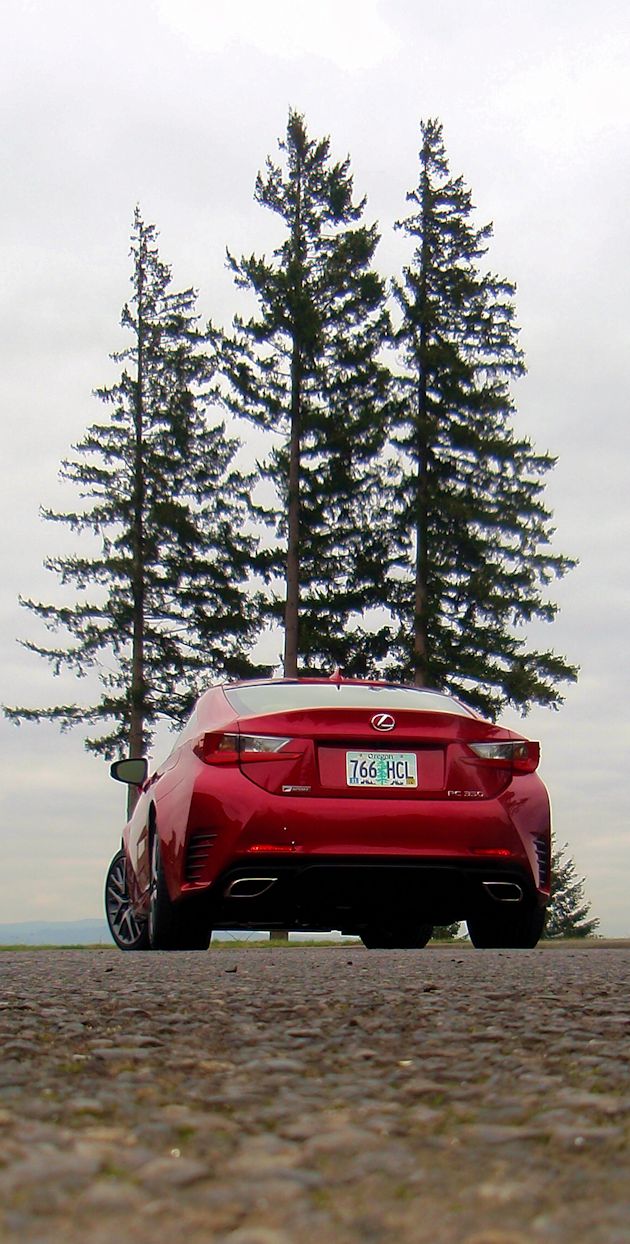 Chief Engineer of the RC 350 Eiichi Kusama explained it like this, ?To make the exterior immediately recognizable, we adopted a design with a compact cabin contrasted by boldly protruding fender flares and body contours etched with deeply sweeping lines.? 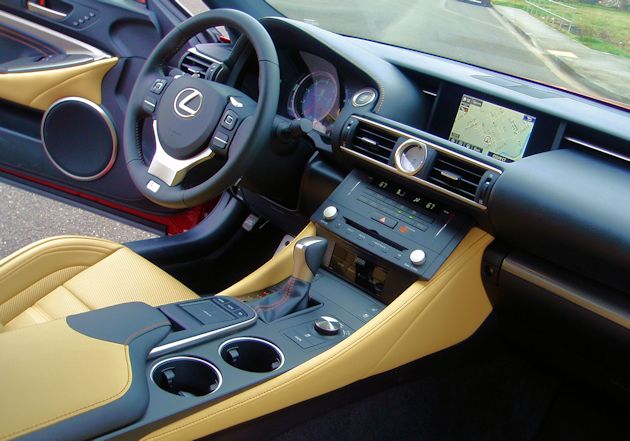 To amplify the RC 350 looks it has new colors that are as dramatic as the design. The RC is first Lexus to be painted with a new five-layer paint process only previously used on concept cars. Our test car was in the new signature Infrared (red) color which goes along with the other interesting colors like Starfire Pearl, Nebula Gray Pearl, Silver Lining Metallic, Atomic Silver, and Obsidian, or exclusively for the F SPORT Ultra White, Ultrasonic Blue Mica 2.0, and Molten Pearl (orange). 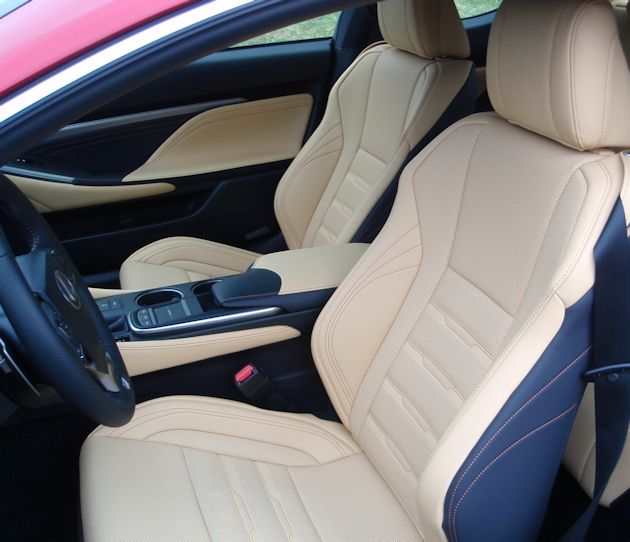 The interior, which is available in four contrasting color combinations, is configured as a pure 2+2, which means you can put things in the rear seat, or an occasional passenger, but the main idea is to have an interior designed for the driver and a passenger. 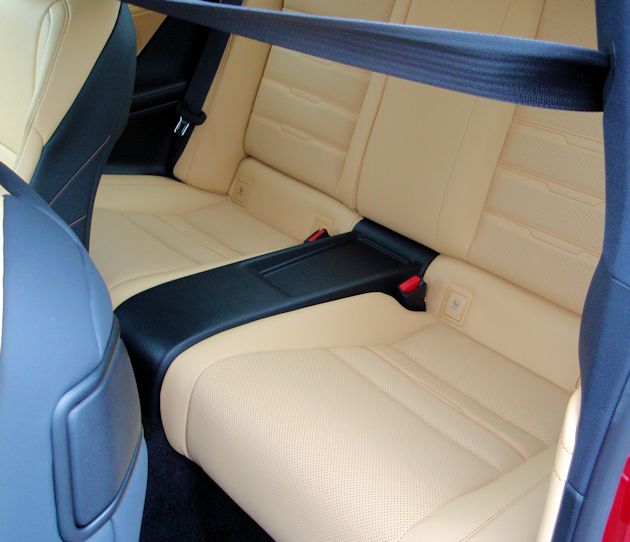 You sense a difference from the moment you slide into the RC?s seats. They look opulent covered in soft perforated leather, and they feel great thanks to a new construction process which fits the upholstery into the mold and then fills it with foam, rather than stretching upholstery over a foam core. The seat design disperses body pressure the instant the occupant sits down. The design provides optimum comfort during normal driving and added support when the driving turns sporty. 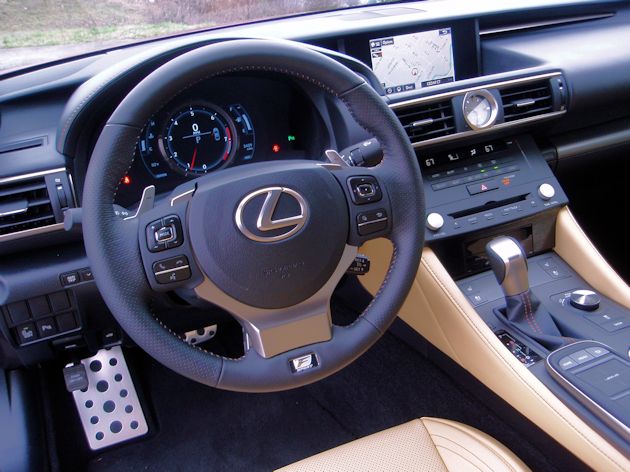 The dash has strong horizontal lines with a large color control screen mounted at the top of the center stack area. For vehicles equipped with the optional navigation system the screen is used for infotainment, vehicle settings, navigation and communications. The crisp screen is controlled by a small remote touch pad conveniently located where the driver?s right hand falls to the console. It works much like the screen of a smart phone. The driver taps, flicks and pinches gestures which are displayed by the cursor on the center screen ? no looking down required, so the driver?s eyes stay closer to the road.

At night, the interior has ambient lighting from LEDs which rather than shinning down, they shine up to create a softer more welcoming feel. We like the instrument panel in the F Sport which can be adjusted to best suit the driver?s style. Audiophiles will appreciate the Mark Levinson 17-speaker, 835-watt sounds system which accompanies all the popular audio formats. 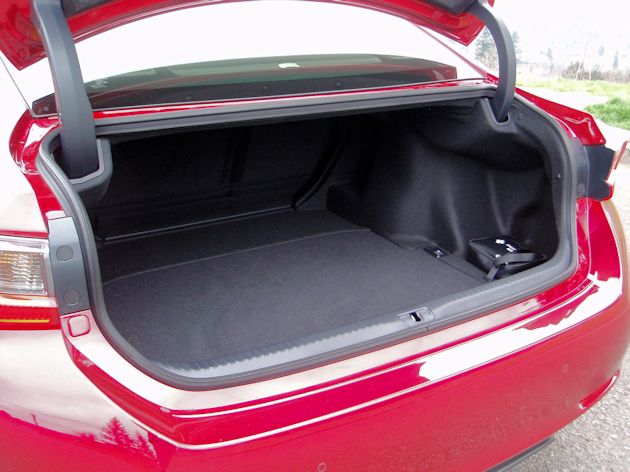 Coupes are not noted for having expansive trucks, but the RC 350 does have 10.4 cubic feet of space large enough to handle two golf bags. 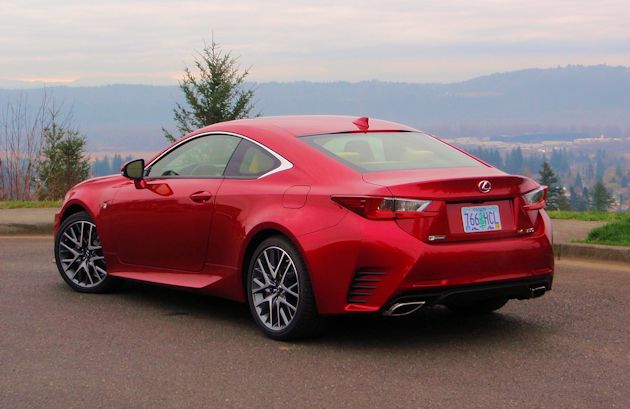 High on our priority list for a new car are the new safety features like Blind Spot Monitoring, Rear Cross Traffic Alert, and Adaptive Cruise Control and the RC 350 has all of them available.

The 2015 Lexus RC 350 drives as well as it looks and feels. In standard dress the RC 350 is powered by the Lexus 306-hp, 3.5-liter V-6 engine, which has direct injection and DOHC with continuously variable Valve Timing with intelligence. It drives the rear wheels through an eight-speed electronically controlled automatic transmission which also includes steering wheel-mounted shift paddles. One of the features we especially like is the optional all-wheel drive, which Lexus calls All-Weather Drive. 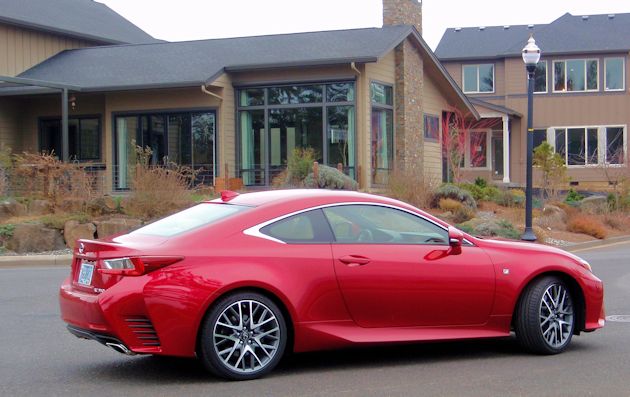 The buff magazines list a 0 to 60 mph time of 5.7 seconds. Drivers who want faster times should spend the extra money on the RC F we mentioned earlier. The EPA lists fuel economy at 19 mpg city, 28 mpg highway and 22 mpg combined. We averaged 23.1 mpg during an enjoyable week behind the wheel. 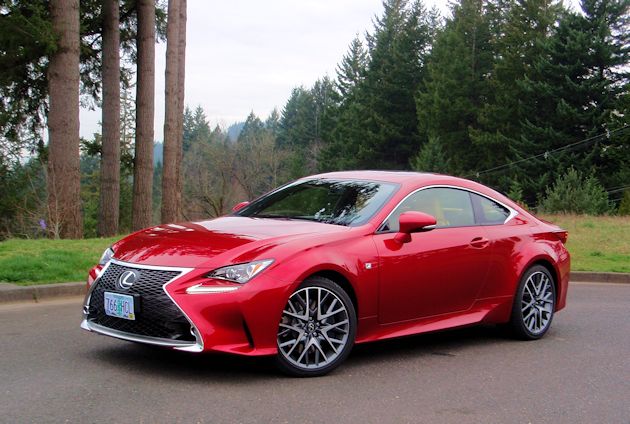 Drivers who want an edge on handling and styling can opt for the F Sport package which adds a sports-tuned suspension and styling package, adaptive variable suspension, eight-speed direct-shift transmission and the race-inspired gauge cluster.

The Lexus RC 350 buying decision is easy. There is one model that can be ordered with all-wheel drive and/or the F Sport package. The rear-wheel drive pricing starts at $43,715, including the destination charge, and the AWD F Sport is priced at $50,630. With all the available options the RC 350 F Sport AWD tops out at about $55,000. 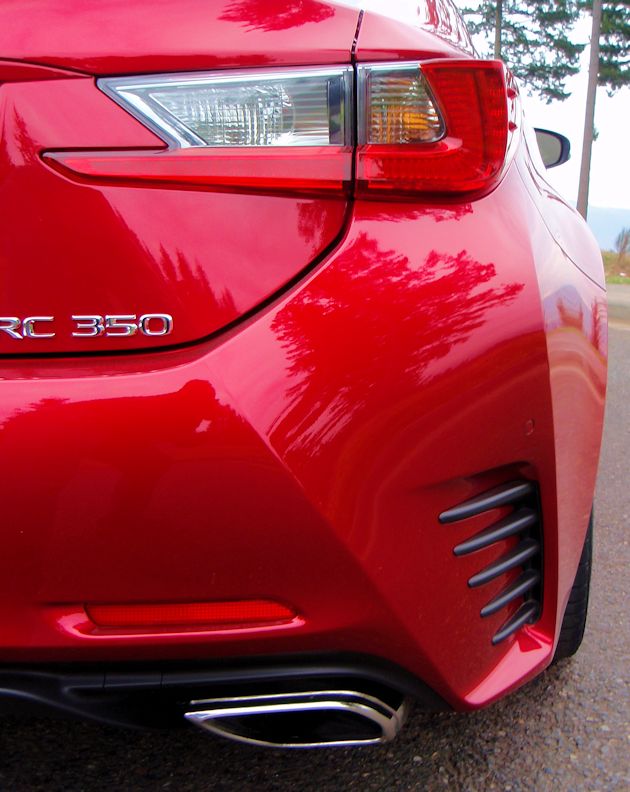 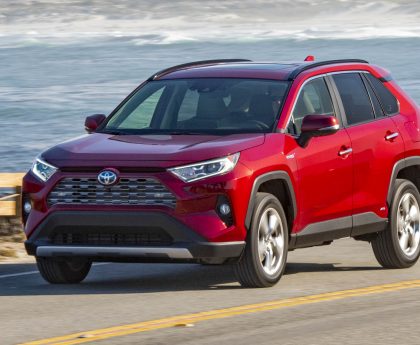