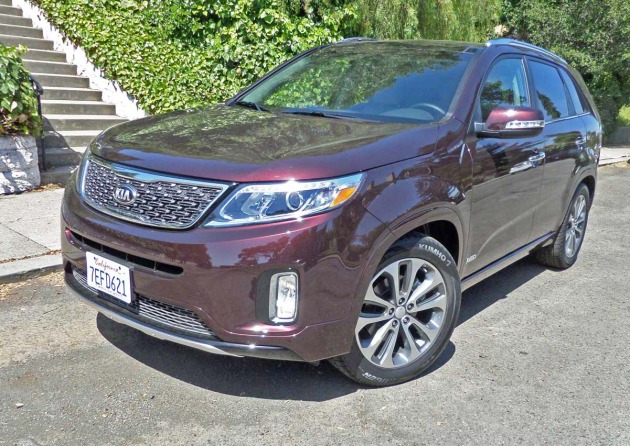 The 2015 Kia Sorento is much more than simply a freshened vehicle. Kia Motors America, which is based in West Point, Georgia, began U.S. production of the Sorento, their capable CUV, in 2009. Three short years later a significantly redesigned example of the highly popular Crossover was introduced at the 2012 Los Angeles International Auto Show, and the 2014 Kia Sorento made its debut at this year?s North American International Auto Show in Detroit, MI. Last year?s model featured an all-new chassis, a powerful new Gasoline Direct Injected V6 engine, a restyled interior, a next-generation infotainment system and Kia?s first-ever Blind Spot Detection system. Carrying over into the 2015 model year, the Kia Sorento continues its success story. The 2015 Sorento is focused on remaining a formidable competitor in the CUV segment by providing an equal mix of value and sophistication. 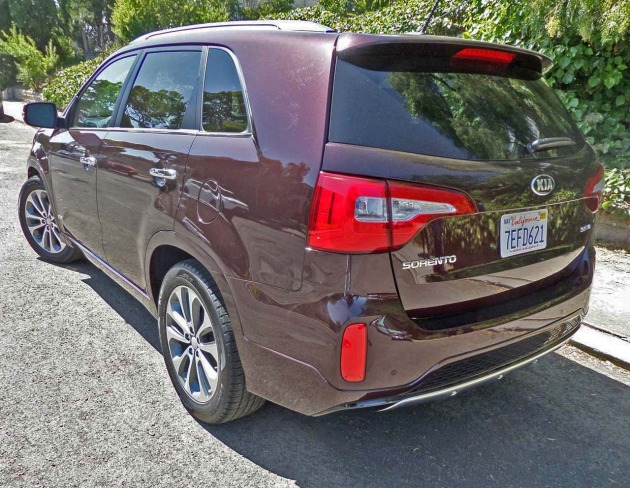 A new top-of-the-line trim level ? the SX Limited, which comes with an extensive inventory of premium features and amenities was introduced last year and will continue for this year along with the base model LX, an LX V6, the EX and SX trims. 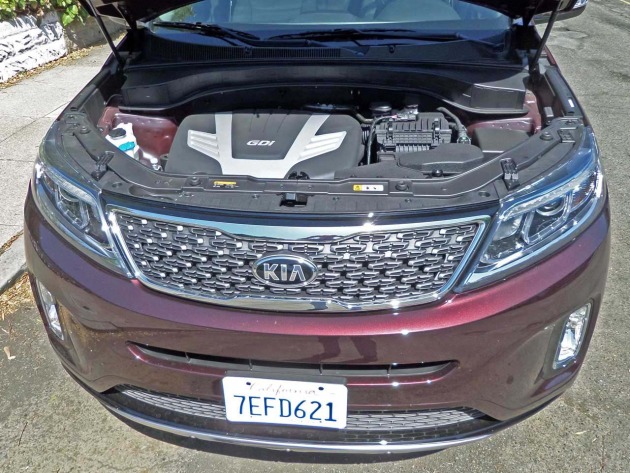 The 2.4-liter GDI four-cylinder engine provides standard propulsion for the LX models, replacing the previously standard 2.4-liter MPI 4-cylinder. The GDI four-banger generates191 horsepower at 6,300 rpm along with 181 lb.-ft. of torque at 4,250 rpm. Powering the Sorento EX, SX and SX-L is a 3.3-liter GDI V6 that makes 290 horses at 6,400 rpm while developing 252 lb.-ft. of torque at 5,200 rpm. It?s optionally available in LX models, but is standard fare in the, EX , SX and SX-L models. Motive energy is routed to either the front wheels or, optionally, to all four, utilizing a Torque On Demand, full time all-wheel drive system that directs power to the wheel with the most traction. Included, is the benefit of Torque Vectoring Cornering Control that aids in vehicle stability in certain driving scenarios. Both 5 and 7 passenger versions are available, depending upon trim level.

Regardless of engine or driveline choice, the 2015 Kia Sorento comes standard with a six-speed automatic overdrive transmission with Kia?s Sportshift feature. Also standard in the new 2015 Kia Sorento is Electric Motor Driven Power Steering, which replaced the hydraulic unit from the 2013 model Sorentos, improving steering feel and reducing weight to aid efficiency. An available FlexSteer feature provides drivers with a choice of three steering modes: Comfort, Normal and Sport. 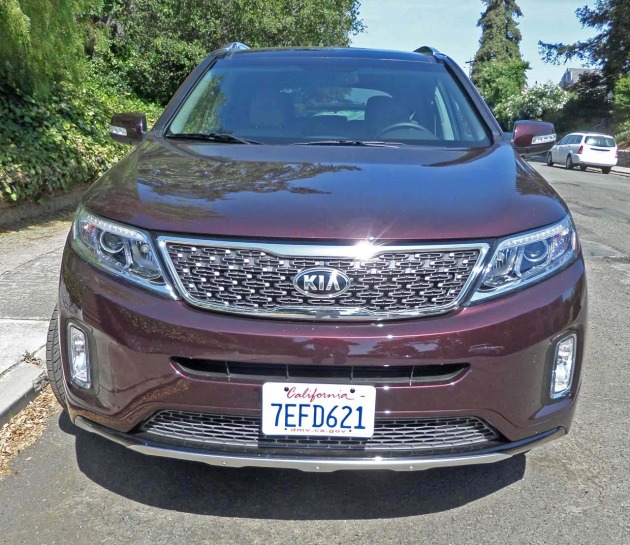 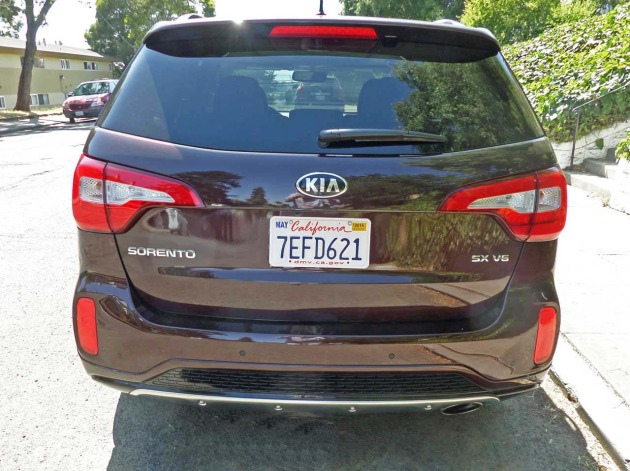 In terms of the new Sorento?s exterior visual appeal, the front and rear fascias enhance the Sorento?s road presence with a lower, broader look up front and a wider stance aft. Kia?s familial tiger-nose grille is enhanced with an anodized silver metal or black mesh appearance, with the lower valance opened up to expose an aggressive cross-hatched maw. Front LED positioning lamps create dramatic eyebrows, while projector style headlights feature tapered clear lenses. Available fog lights on all trim models have been upended and pushed to the far corners of the front bumper, improving forward and side visibility. Horizontally positioned rear LED combination lamps encompass turn signals and back up lights, emitting an instantly recognizable corona from behind. The Sorento rides on 17-, 18- or, larger 19-inch wheels. 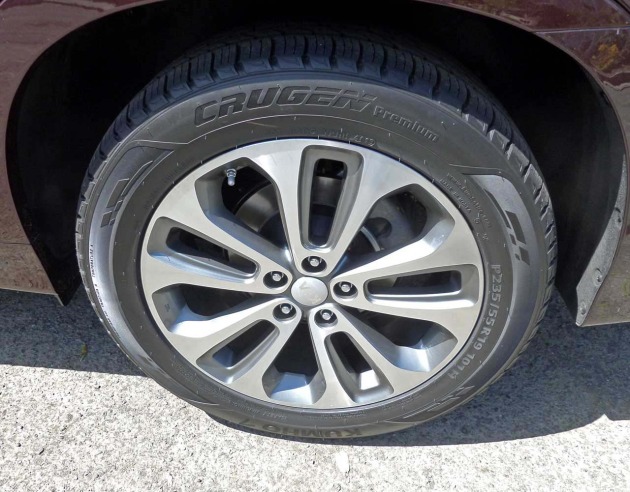 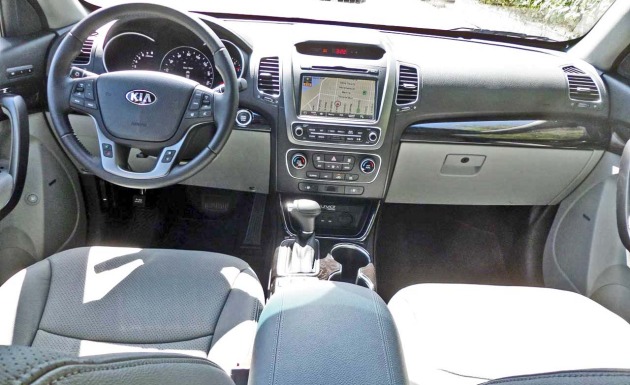 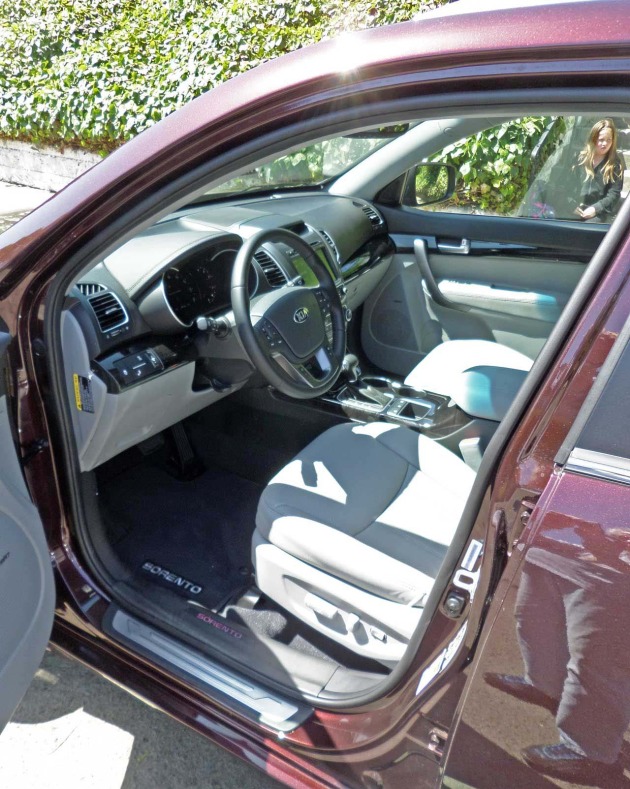 During the 2014 model national press launch, I was afforded the opportunity to drive a Kia Sorento in both EX and SX trim in AWD configurations. Both were finished with Wave Blue metallic exteriors and Beige and Charcoal interiors with faux polished wood trim accents. I later enjoyed a longer-term experience on the home front in an SX AWD 2015 Kia Sorento 5- passenger version, which sported a Dark Cherry metallic exterior and Grey and Charcoal with faux dark wood trim accents. The base price was set at $38,300 while the final sticker totaled after adding the Inland Freight and Handling charges. AWD incurs an additional $1,700. Over FWD versions. 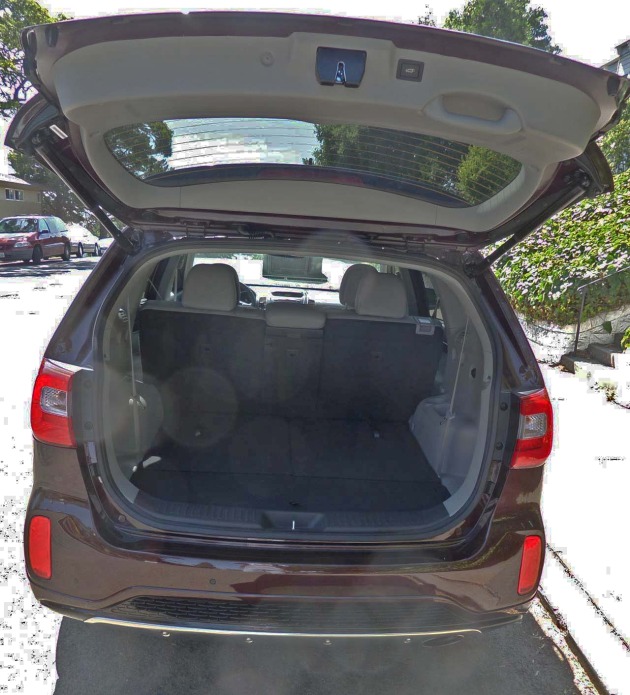 SUMMARY: The 2015 Kia Sorento SX AWD is both an attractive and affordable CUV, with the 3.3-liter GDI V-6 delivering more than ample power in virtually every driving situation ? it is definitely superior to the 2.4-liter powerplant. The 6-speed transmission shifts smoothly in either the fully automatic or manual setting, and in the handling department, the selectable steering modes provide a definite distinction in steering effort.

The ride quality provides a comfortable experience, with a stable road holding capability, thanks to an improvement in Torsional rigidity.

Connectivity and entertainment are key elements in the new Kia Sorento with the UVO e-services and Logic 7 Premium Sound System by Harman.

Safety issues are covered by the impressive list of available equipment and features, which add significantly to vehicle occupant?s sense of well-being.

Bottom line, for consumers in the market for a visually appealing and well-equipped CUV, the 2015 Kia Sorento in any of its trim levels or with either powertrain offers an impressive list of features and equipment to satisfy personal requirements. 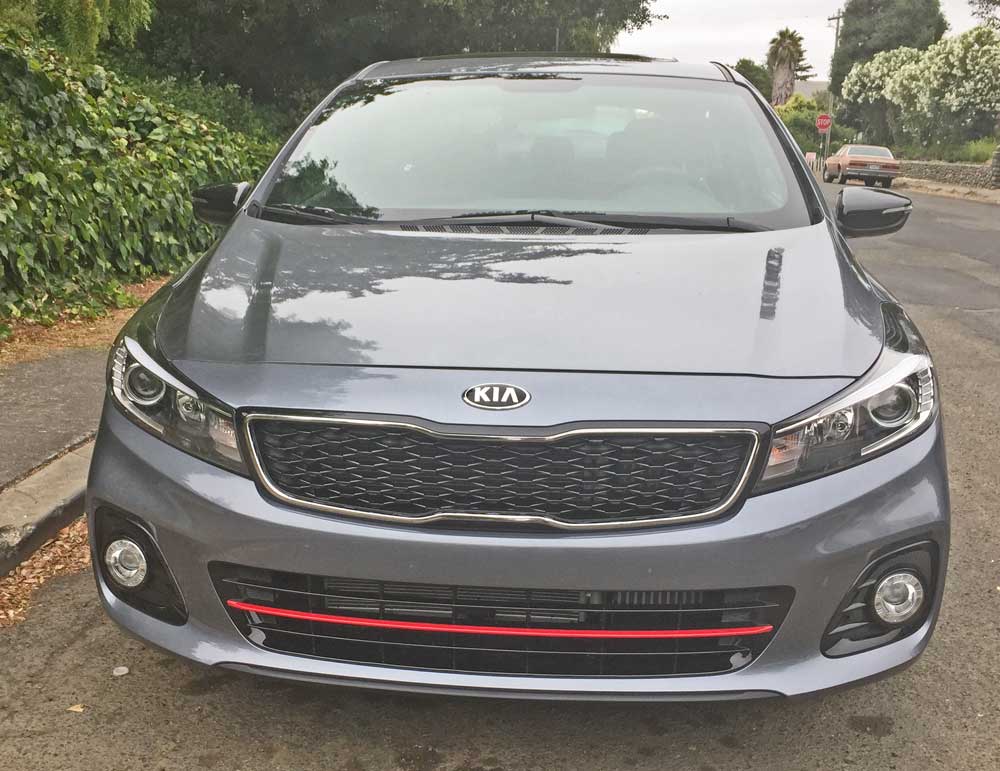 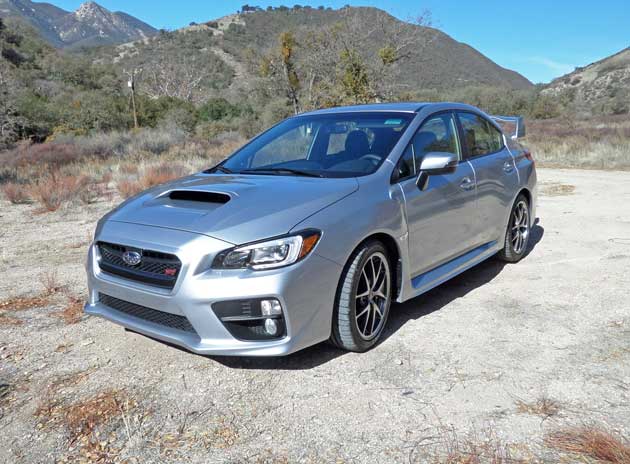