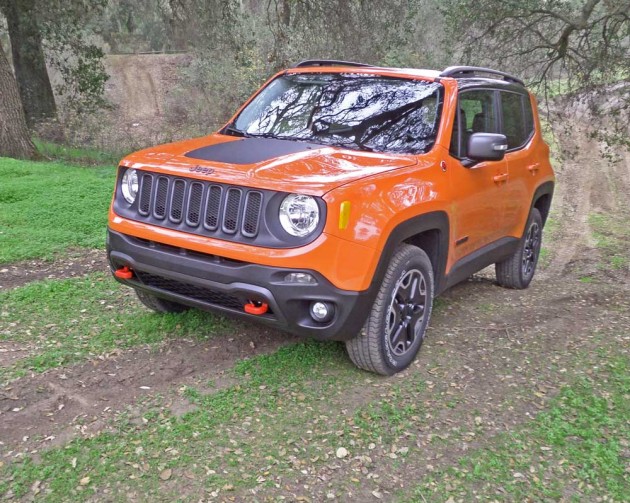 For those enthusiasts who relish the off-road capability of Jeep?s iconic Wrangler model offerings, but would prefer more sophistication in a style that?s less utilitarian, there?s a new kid in town (or more likely in the wilderness) ? it?s the all-new 2015 Jeep Renegade that builds on and enhances the Wrangler?s bold athletic stance, rugged packaging and aggressive proportions, incorporating best-in-class approach and departure angles that were purposely designed to deliver the best capability in its class. 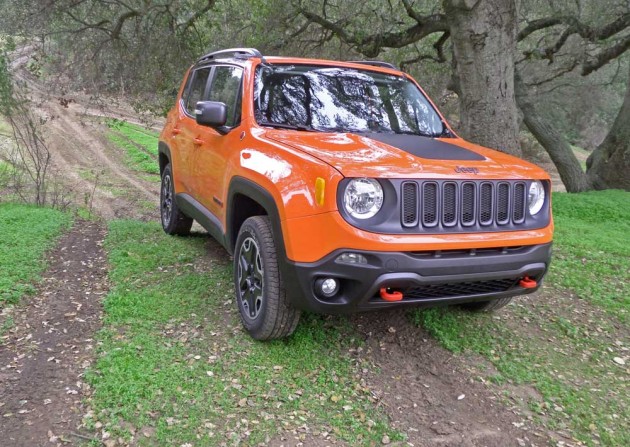 The new Jeep Renegade is crafted and assembled in Melfi, Italy, but features familiar key Jeep elements such as the signature seven-slot grille and accent colored ?shield? surround. Soon, production will also take place in Brazil and then in China. As with the Wrangler, the body-color vertical windshield surround adds visual strength to the vehicle. Traditional large circular headlamps are tucked just under the hood at the top for a more menacing look. Below the grille, a two-piece front fascia is aerodynamically tuned, featuring a body-color upper and molded-in-color lower for enhanced durability against the elements. 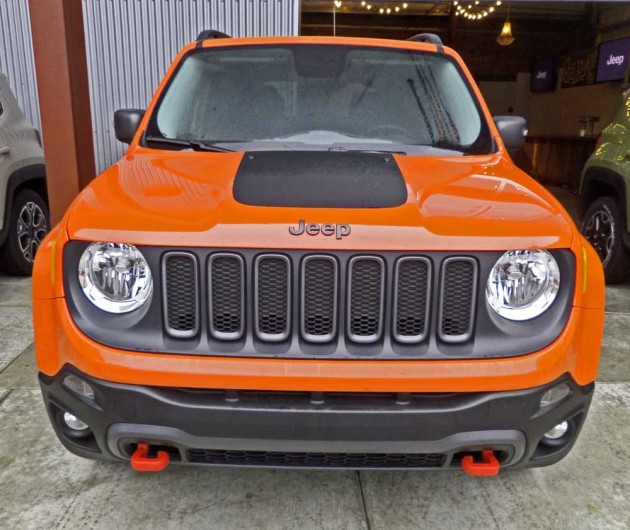 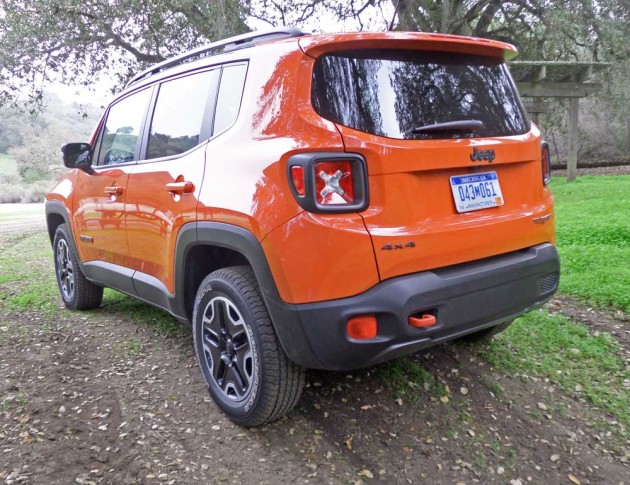 Linking the side profile to the rear is the familiar Jeep shield-shape that ties in the rear backlight and Wrangler-like square tail lamps with black accent surround. As a clever added detail, the tail lamps feature a new ?X? form design theme inspired by early military equipment ? exuding strength and playing on the Jeep brand?s heritage. Below, the molded-in-color fascia integrates the optional trailer hitch receiver cleanly, along with red rear reflectors for added nighttime visibility. 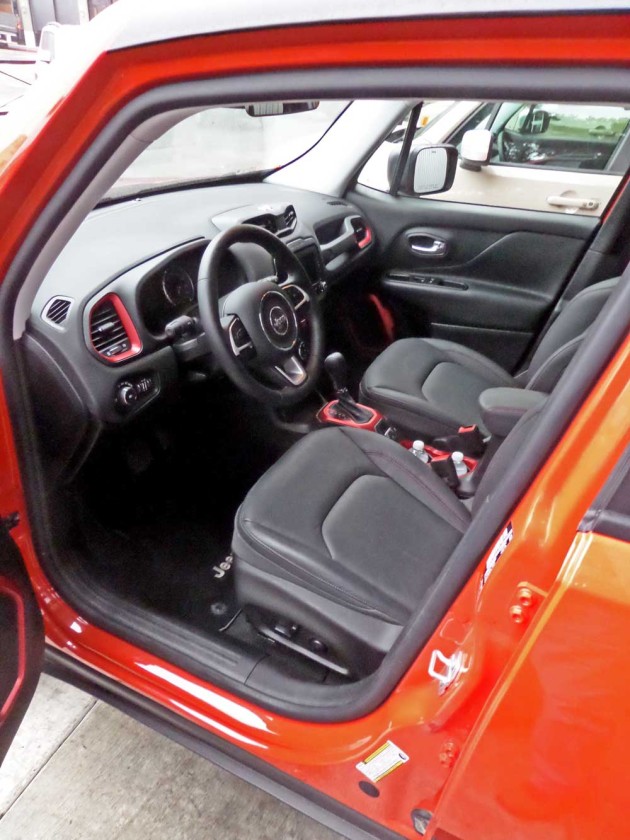 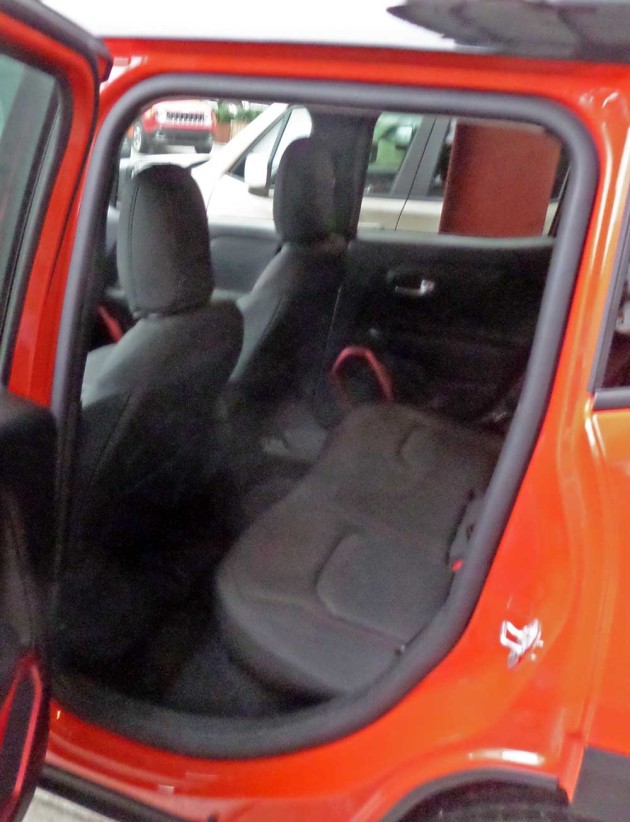 Slipping inside, the new Renegade?s interior displays a rugged and energetic look and feel that builds upon the brand?s legendary heritage. It was designed using four key principles: make an emotional design impact; use high-quality materials with an inspired color and materials; integrate the latest state-of-the-art technologies; and develop clever storage and intelligent use of available space. 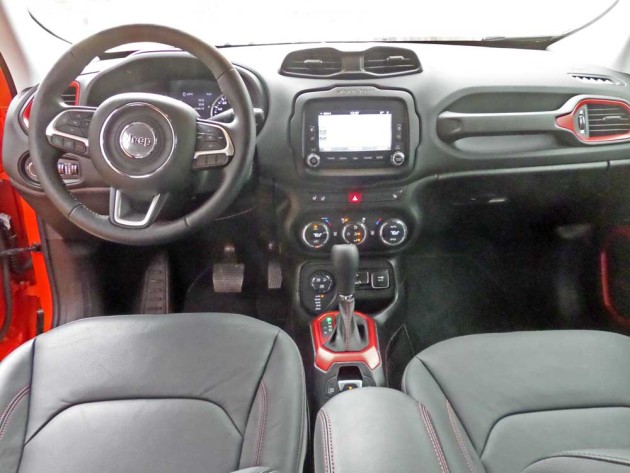 The interior showcases a distinctive form language that Jeep designers have titled ?Tek-Tonic.? The Tek-Tonic design theme is defined by the intersections of soft and tactile forms with rugged and functional details. Primary surfaces such as the sculpted soft-touch instrument panel are intersected with bold functional elements like the passenger ?Oh S?t? grab handle, borrowed from its big brother, the Wrangler, and cleverly integrated into the passenger air vent, creating a unique sculpted element. The center vent ?air-pod? and anodized accents draw inspiration from performance goggles and boots used in extreme sports. Protective clamps surrounding the Uconnect touchscreens, shifter bezel, and front-door speaker bezels project strength and precision. The clamp surrounding the touchscreens is embossed with ?Since 1941,? paying homage to the Jeep brand?s legendary history. 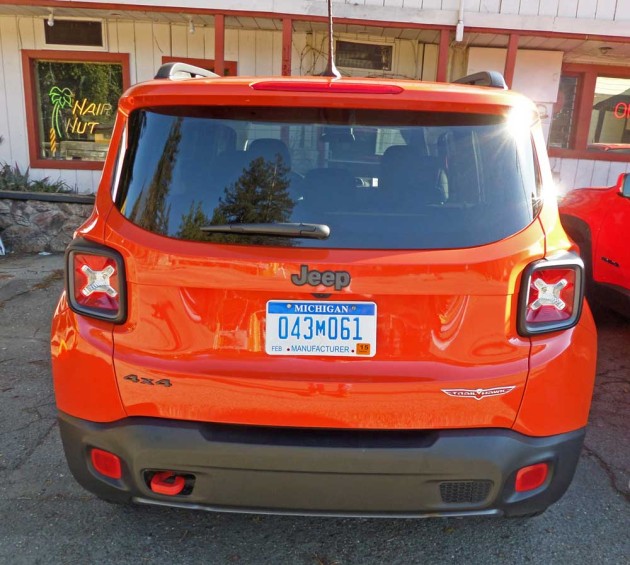 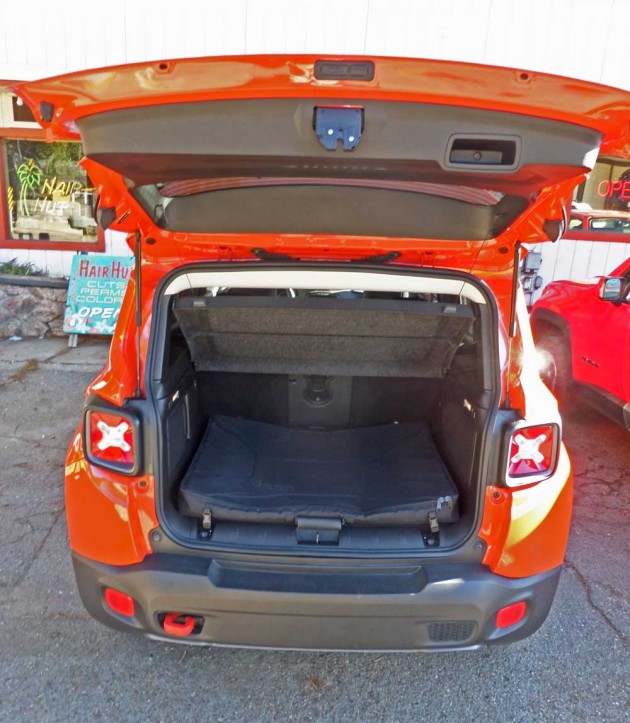 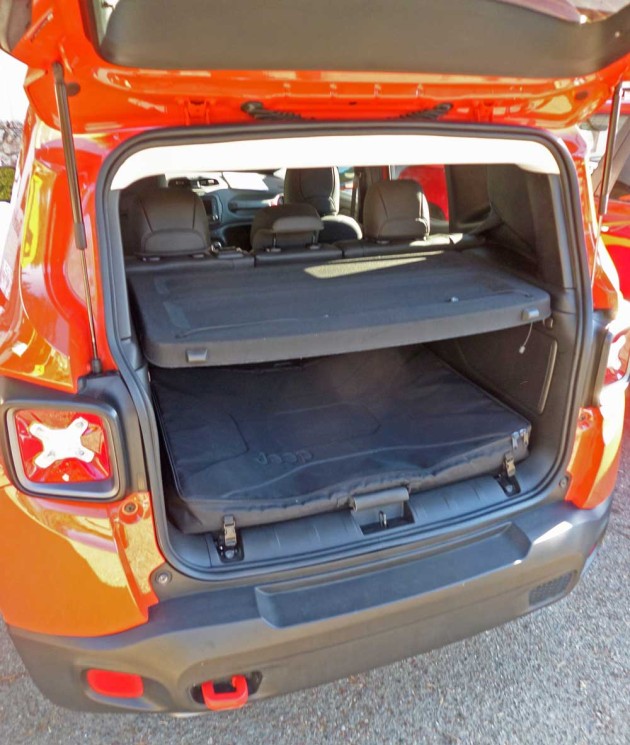 Passenger seats are ergonomically designed to support body contours during longer journeys, and are trimmed with premium cloth or leather. The Renegade includes a second-row 60/40-split seat, or for added convenience, a 40/20/40-split seat with a cargo area pass-through is available.

The 2015 Jeep Renegade will come in four levels of trim: Sport; Latitude and Limited, which are available in either a 4×2 or 4×4 drive configuration; and the off-road purposeful Trailhawk, which is only available as a 4×4. There?s really nothing else like the new Renegade, which expands the Jeep brand on a global basis into the growing small sport-utility SUV segment. It combines heritage cues along with a fresh new styling approach, delivering a bold stance with aggressive wheel-to-body proportions, while adding the open air freedom of two ?My Sky? removable and stowable roof systems ? one power and one manual. 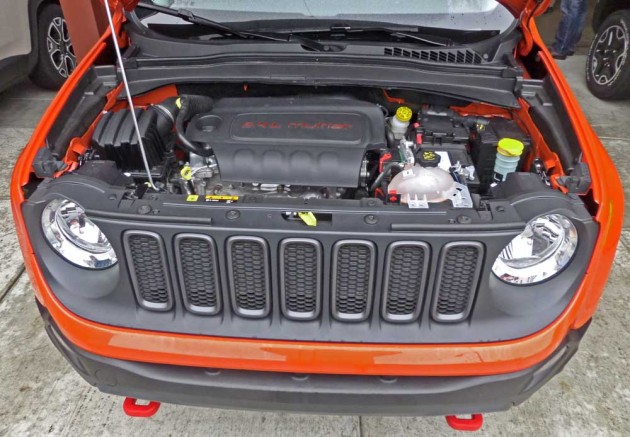 Power for the new Jeep Renegade will be supplied by either a 1.4-liter, SOHC, 16-valve, turbocharged, multiair, inline four cylinder engine with sequential, multiport, electronic, returnless fuel injection that produces 160 horsepower at 5,500 rpm along with 184 pound feet of torque in a range from 2,500 to 4,000 rpm (standard for Renegade Sport and Latitude); or, a 2.4-liter, SOHC, 16-valve, multiair2, Tigershark inline four cylinder motor with sequential, multiport, electronic, returnless fuel injection that delivers 180 horses at 6,400 rpm while developing 175 pound feet of torque at 3,900 rpm (Standard for Limited and Trailhawk / Optional for Sport and Latitude).

Engines are transversely mounted up front, transferring motive force to the driving wheel configuration – 4×2 & 4×4 with Auto4x2/4×4 and Neutral modes. Jeep Active Drive is optional for all models / Jeep Active Drive Low is standard on Trailhawk Renegades featuring a fully disconnecting 4×2 mode with auto 4×4 engagement, and full-time 4×4 mode with an active on demand clutch.

My test vehicle was a Jeep Renegade Trailhawk that sported a bright Omaha Orange exterior with a Black interior. Power was provided by the 2.4-liter, SOHC, 16-valve, multiair2, Tigershark inline four cylinder engine with sequential, multiport, electronic, returnless fuel injection, mated to the Nine-speed automatic transmission. The 4×4 system was the Jeep Active Drive Low with fully disconnecting 4×2 mode with auto 4×4 engagement, and full-time 4×4 mode with active on demand clutch. The base sticker read $25,995 while the Premium equipment Group with Navigation and SiriusXM satellite radio, the Safety and Security Group and My Sky removable sunroof bumped the final tally to $32,440.

SUMMARY: Whenever asked what the best and most affordable vehicle for serious off-roading, I?ve always maintained that the Jeep Wrangler was the obvious choice due to its simplicity, ruggedness and aggressive capability. Folding the windshield down, taking the doors off and heading for the ?boonies? in a Wrangler with some oversized tires has long been the way to go for many outdoor enthusiasts.

Enter the 2015 Jeep Renegade Trailhawk, which my driving partner and I initially thought might be rough riding on the road due to its enhanced capability features, while its off-road prowess had yet to be put to the test, and remained questionable. We were dead wrong ? the Jeep Renegade is more civilized on-road than the Wrangler and certainly more comfortable. Our drive route took us from San Jose, CA to the Hollister Hills Recreational Vehicle Park, with its thousands of acres of challenging off-road trails. 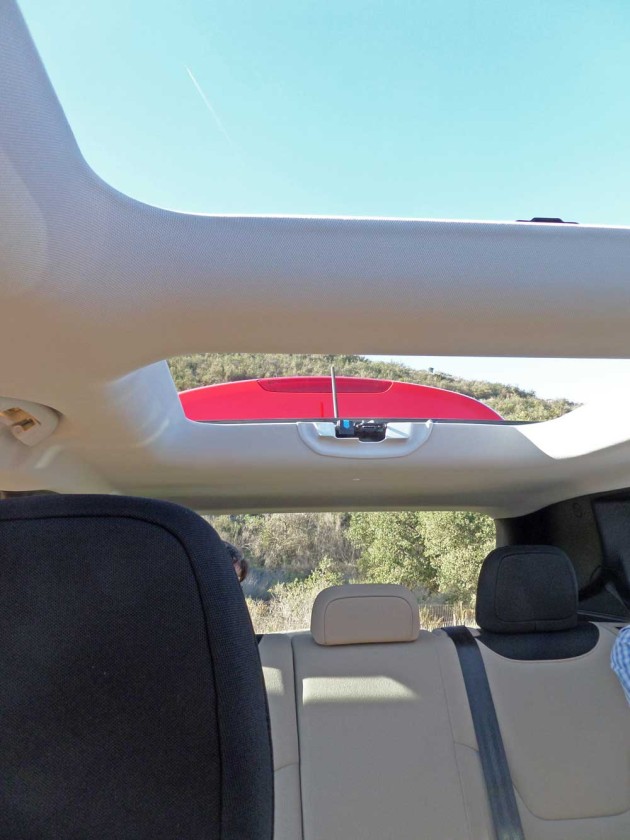 Acceleration is great from the 2.4-liter motor, and the 9-speed auto gearbox operates smoothly. The ride quality is comfortable and quite stable. Seats are both comfortable and supportive, and the My Sky roof when open delivers nearly the same open-air experience as any Wrangler, which is fine off-road, but presents some serious buffeting while cruising at freeway speeds. 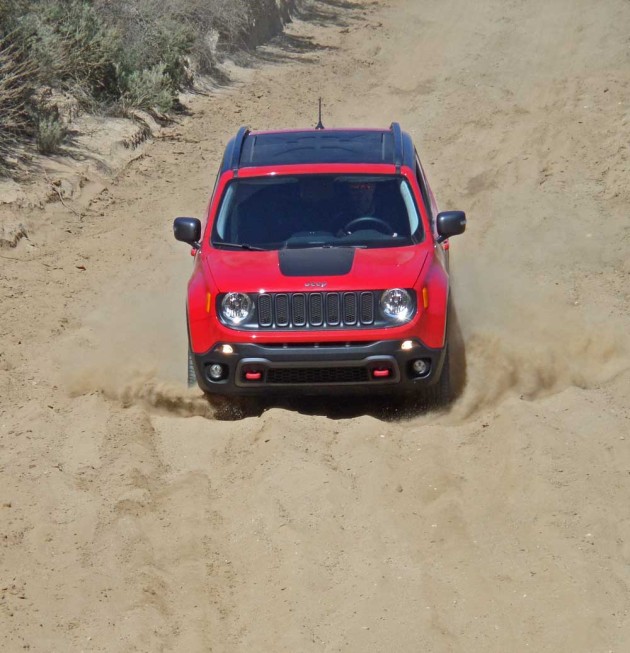 There was a long trail with serious elevation changes that rated about a 4 in difficulty as well as a specially prepared short course with rock crawling, log traversing and water wading that warranted about a 6 rating. The Renegade conquered all with no negative issues or problems. Climbing steep hills or descending them was child?s play for the Renegade. The Hill Descent Control operates at a 20 to 1 crawl ratio with no intervention, or which may be modulated by braking and acceleration. 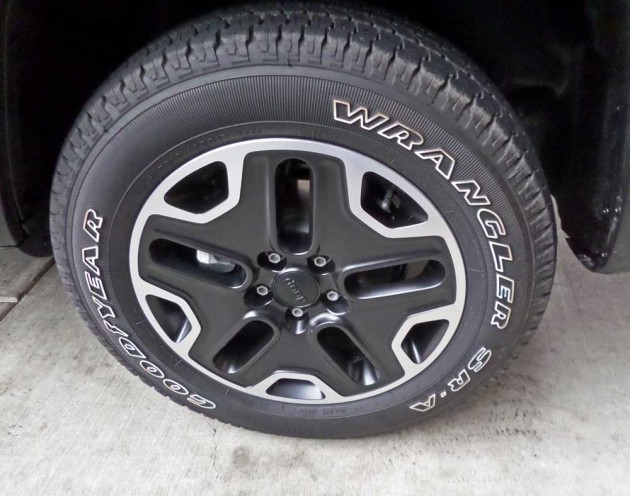 Bottom line, the new Jeep Renegade Trailhawk is indeed a winner, both on and off road. It is the real deal ? not necessarily as rugged as a Wrangler, but decidedly better looking. Okay, there are those purists who will never consider anything but a modified ?Macho? Wrangler, and who perceive the Renegade as unattractive, while there are those who rate it as ?cute?. Whatever one?s perception, the Renegade is a really delightful small SUV that?s highly capable as well as affordable. It is versatile and delivers lots of functionality and endearing little whimsical touches that the Jeep team refers to as ?Easter Eggs? ? unique and playful nuances such as the rubberized tray behind the media center, that?s molded with a topography map of Moab, Utah, and similar to the X-shape inspired roof and tail lamps, the two front cup holders incorporate the same embossed design detail that aids in gripping and securing various-sized beverage containers. 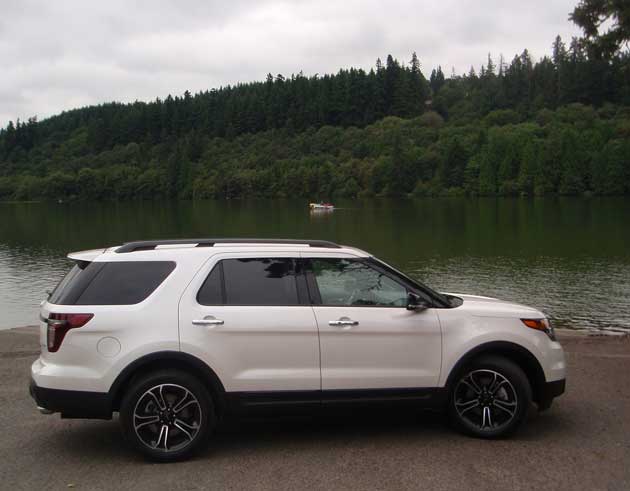 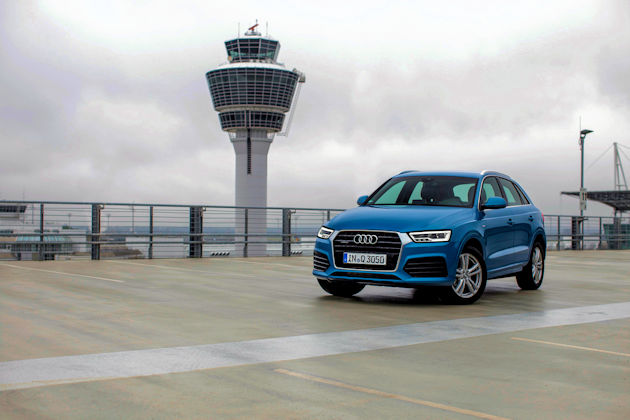