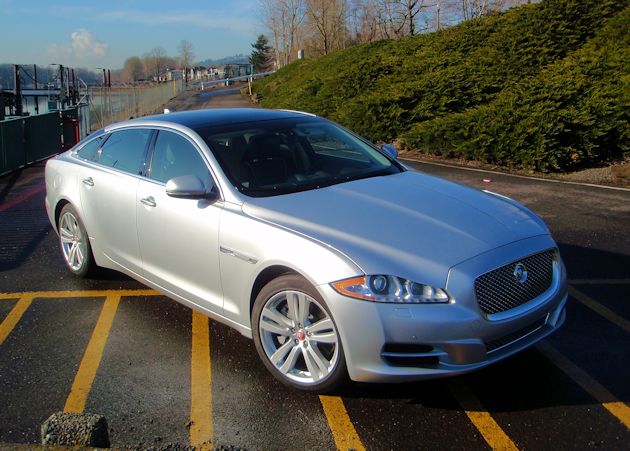 If we gave an award to an automotive company for the best comeback, Jaguar would be the undisputed winner. We?re talking about a company steeped in heritage with a long history of amazing cars that dipped badly in later part of the 20th century. The company struggled through multiple ownerships ending up as a part of Ford?s ill-fated Premier Auto Group in 1999 before ending up, along with Land Rover, as part of India?s Tata Motors in 2008 and the start of the comeback.

Along the way, both Ford and Tata funded Jaguar and seemed to stay out of the way and let Jaguar do its own thing while helping the company to grow and more importantly to create new and beautiful cars ? good cars.
In the process Jaguar was able to push aside a reputation for poor quality, and today the company builds some of our favorite luxury performance and sports cars. 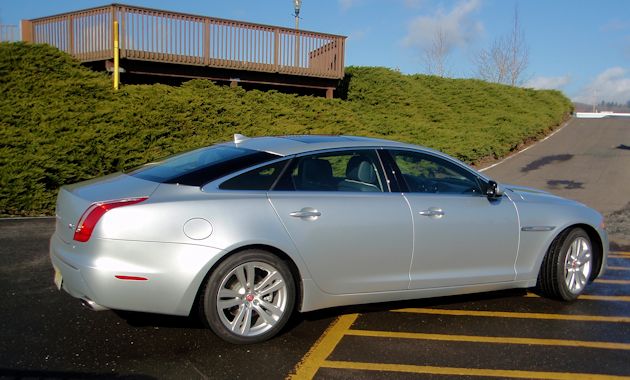 We jump at any chance to spend time in a new Jaguar and when the 2015 Jaguar XJL Portfolio all-wheel drive model came available in the press fleet recently, we were ready to spend some quality time in the Jaguar flagship.

As the largest of the Jaguar sedan?s the XJ comes in two lengths. The models with the XJL designation have a five-inch longer wheelbase and are five inches longer than the XJ models ? which are about the same length as a Chevrolet Tahoe. All the extra space goes into the rear seat, which happens to be a great place to spend time if you have a driver. However our preference is being the driver and front passenger. 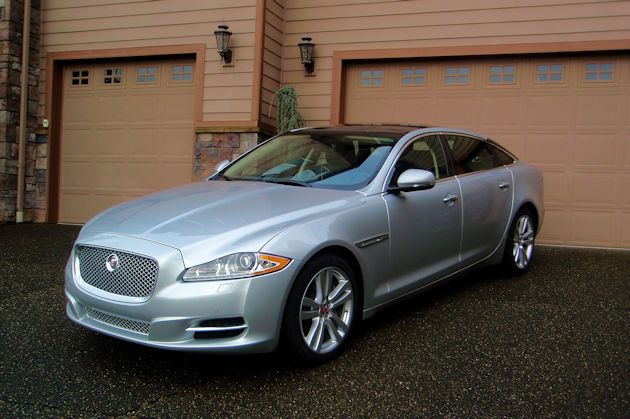 The XJ lineup includes three supercharged engine choices including a 340-hp 3.0-liter V-6, a 470-hp 5.0-liter V-8 and the XJR which has a 550-hp 5.0-liter V-8. All the models are rear-wheel drive with the exception of an all-drive version ($2,500) of the V-6 model in both lengths. All the models have the excellent eight-speed ZF automatic transmission and paddle shifters. 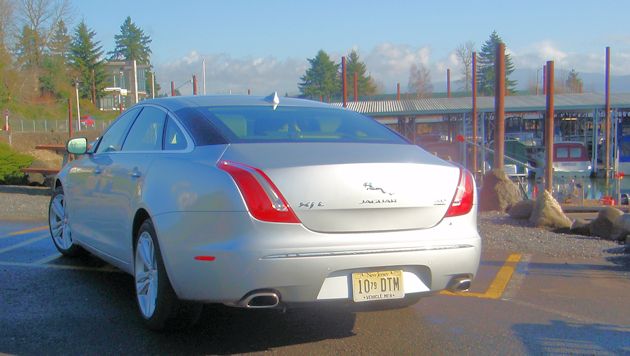 The XJL Portfolio AWD was our test vehicle. The styling is simple elegance starting with its bold mesh grille and eye-like Xenon headlight pods back over clean muscular sides and the sleek sweepback roofline. The rear end is a one-of-a-kind with taillight and backup lights that flow like a widening stream back on the rear fender to a waterfall down the rear fascia? it?s a great look. Under the powered trunk lid is a massive 18.4 cubic foot trunk space with a flat floor ? this car would make a great replacement for the aging Town Car. 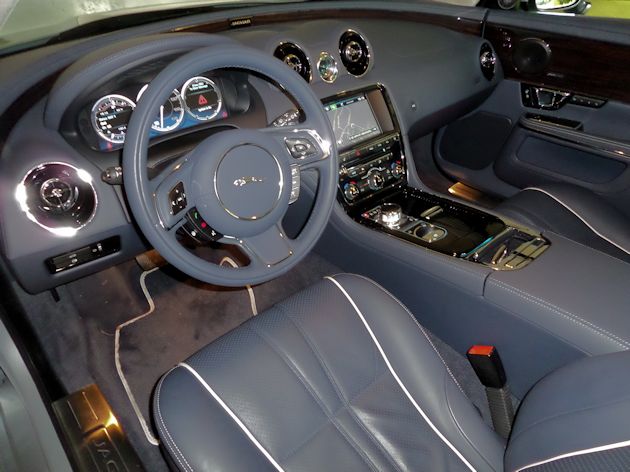 The interior is a modern interpretation of classic British styling with features like round chrome ringed vents, copious ?architectural wood?, soft leathers with contracting piping. On the center console is the JaguarDrive Selector? dial that rises from the console when the ?start? button is pushed. Jaguar was first to use the big dial as a gear selector, and it seems to be catching on throughout the industry. The console also has a JaguarDrive Control system switch which allows the driver to select a Normal, Dynamic or Winter setting to modulate ride, throttle, steering and transmission settings to best suit the driving conditions. 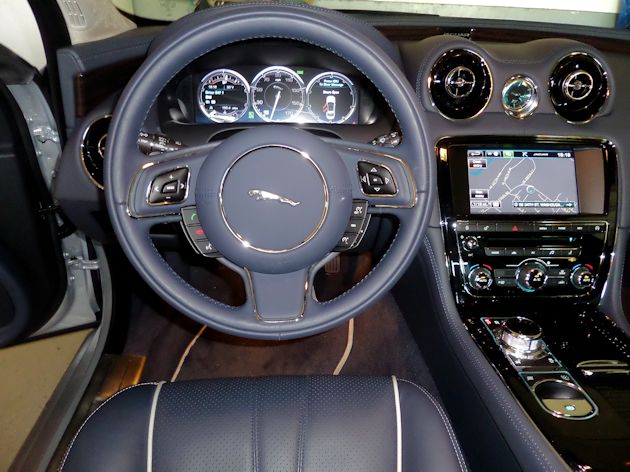 We like the 12.3-inch high definition screen behind the steering wheel which displays ?virtual gauges? that look just like traditional instruments but change to display electronic messages when a warning is required, like the fuel is getting low or when driver changes settings. The navigation touch screen, which is standard, is improved over previous generations, but could still use some tweaking ? it?s too slow. 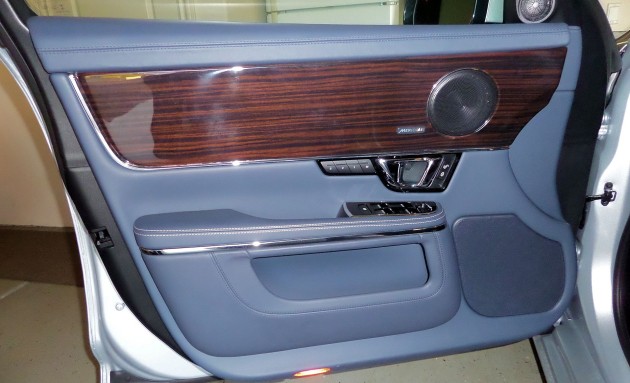 We think the extra five-inches in the rear seat are overkill, but for someone who wants to be driven, it?s great, especially when it?s equipped with the optional ($4,000) rear seat package. This adds individual rear seats that adjust and massage. There are also front and rear winged headrests, electric rear side sun blinds and a button to move the front passenger seat up. Or for $7,750 the Premium Rear Executive package gets all rear seat package features plus memory system, business trays, rear seat entertainment (two 10.2-inch screens), rear media interface, touch remote control and wireless headphones.

Some of the other standard features include panoramic sunroof, smart key, heated and cooled front and rear seats, blind spot monitor and soft door close.
It seems unusual for a top level luxury sedan to be powered by a V-6 engine, but this one works great. The AWD version accelerates from 0 to 60 mph in 6.1 seconds and the rear-drive takes only (5.7 seconds. It also has excellent passing power, and decent fuel economy. The EPA says it should get 16 mpg city, 24 mpg highway and 19 mpg in combined driving. We actually averaged 23.2 mpg during a week of normal driving. 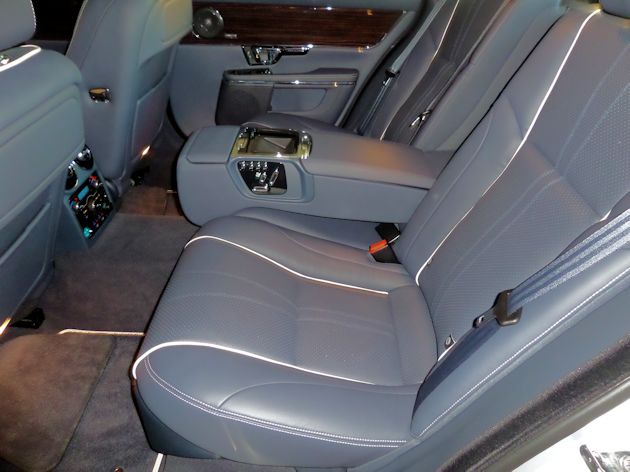 For drivers that want a little more ?oomph? the two V-8 engines make the same acceleration run in 4.9 seconds for the 470-hp version and to 4.7 seconds for the 550-hp engine. Top track speeds go up from 121 for the V-6 to 155 mph and 174 mph for the bigger V-8. For the money difference and the better fuel economy, we?d go with the supercharged V-6.

The extensive use of aluminum body and suspension parts along with some magnesium and composite structures keep the weight close to 4,000 pounds making it a lightweight in the category and that translates to better agility and a lighter feel than big name German luxury vehicles. 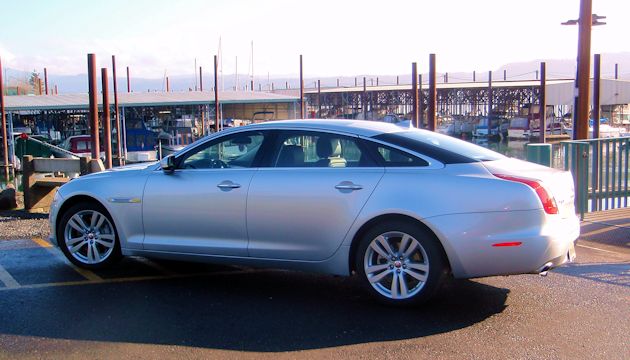 The XJ also employs an aluminum intensive four-wheel independent suspension with Adaptive Dynamics active dampening. The result is a big car that feels more like a small car on the curvy mountain roads we drive near our southern Washington home. We especially like the handling advantage of the AWD version. It?s perfect for our rain soaked roads and the occasional snow. 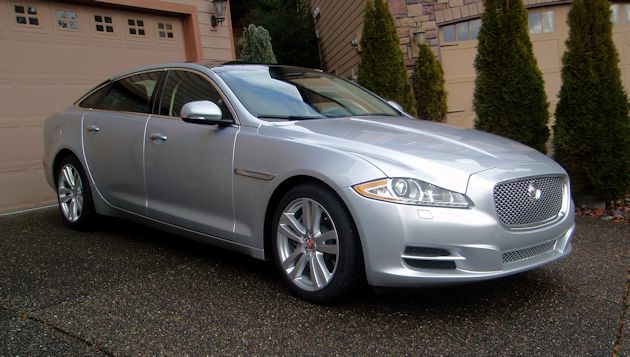 We think the XJ often gets overlooked by shoppers looking for a full-size luxury sedan, but we rate it as a ?must drive? ? it?s really like drivable artwork. 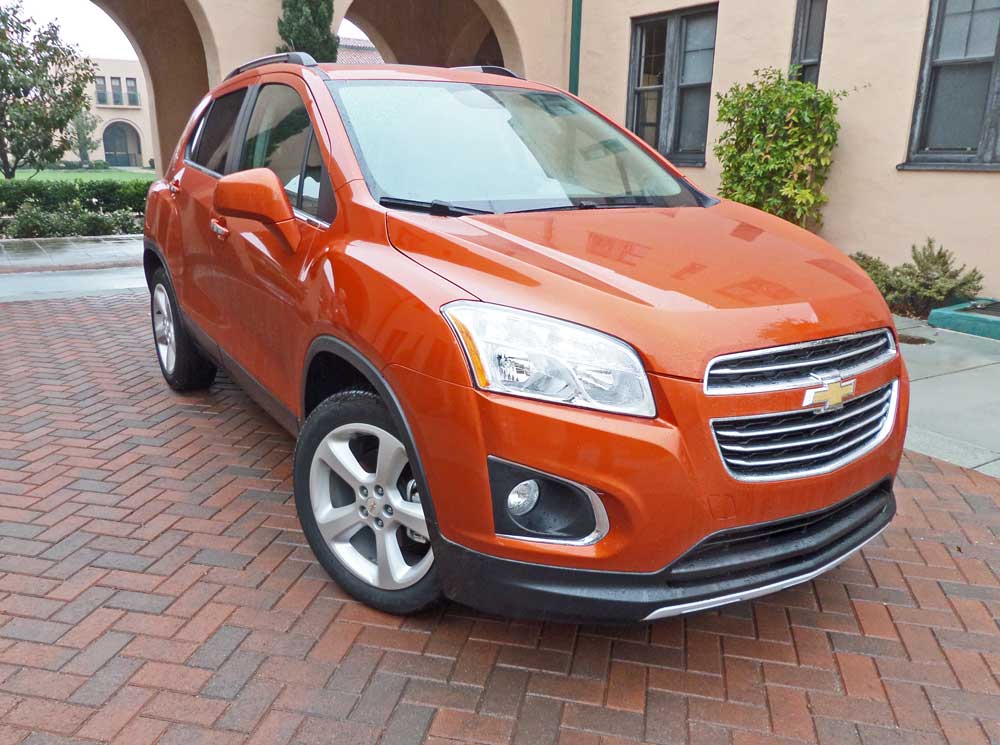 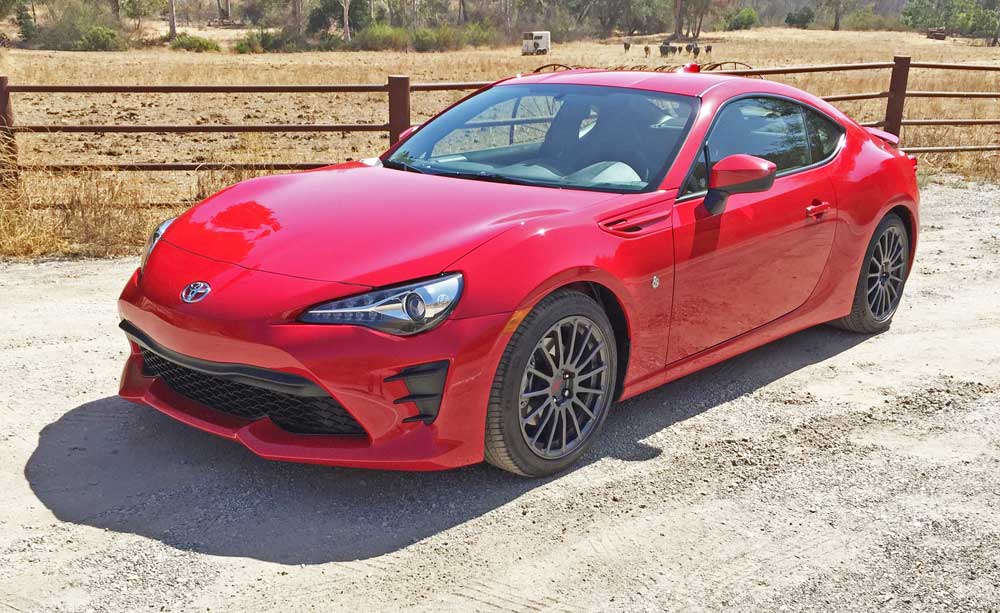