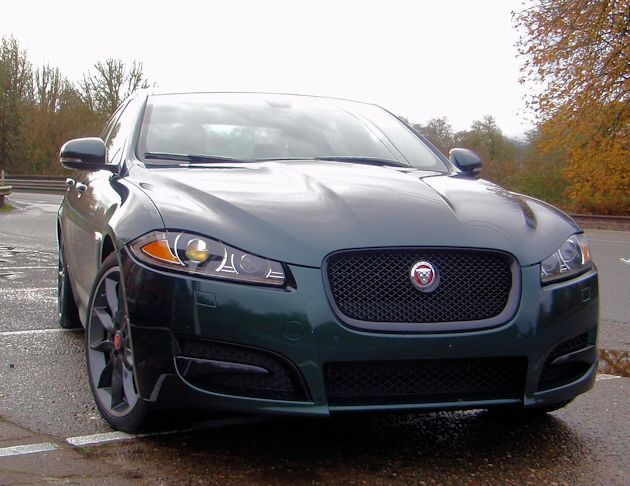 Since it debuted as a 2009 model, the Jaguar XF has grown from a couple of models to an extensive lineup offering five different engines and even one model with all-wheel drive. In Europe the selection is even larger with diesel variants and a very sexy new wagon, or as they call it, a ?shootingbrake.? It?s doubtful the shootingbrake will make it to this side of the pond; however, Americans traditionally aren?t big fans of wagons. 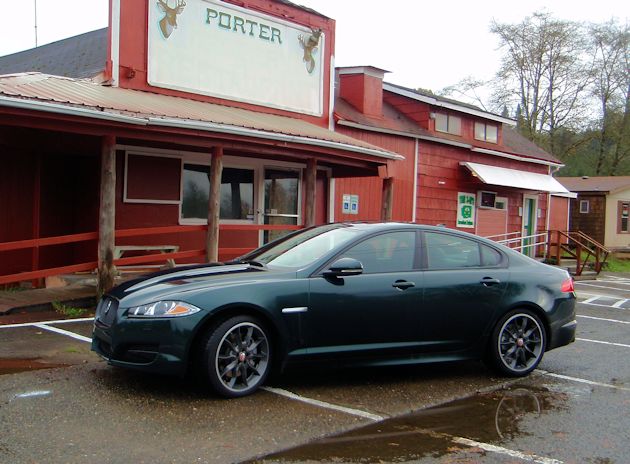 A Jaguar sedan is one of our favorite road trip cars, so when the XF arrived, we planned a trip to the coast. Typically we?ll go to the Oregon coast, but this time we went north toward the Aberdeen on the central Washington coast to a popular beachside community called Ocean Shores. It?s a retreat area to thousands in summer, but almost feels deserted in the fall. The Ocean Shores development is on an eight-mile long arm that extends from the southern part of the Olympic Peninsula between the Pacific Ocean on the west and North Bay on the east. 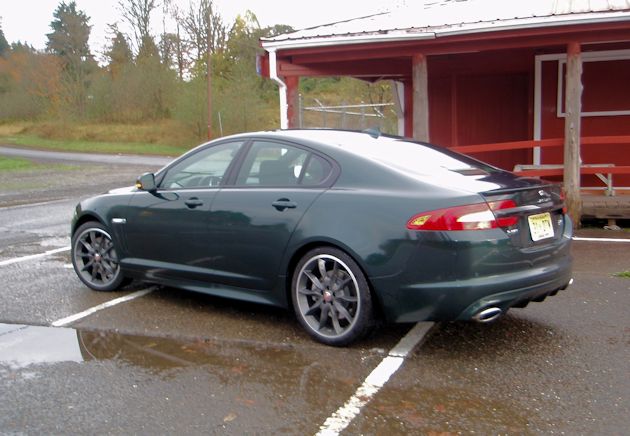 The drive to Ocean Shores from the Portland area is about half freeway and half rural two-lane roads. It?s not an overly challenging route; it?s more like a casual drive in the country. On the occasions where passing was necessary, to keep Bill from grumbling about slow moving traffic, the supercharged V-6 displayed strong passing power. Jaguar says the AWD V-6 model accelerates from 0 to 60 mph in 6.1 seconds, and that the rear drive version is 0.4 second faster. The top speed is limited to 121 mph. EPA fuel economy estimates are 16 mpg city, 26 mpg highway and 19 mpg combined. We averaged 23.6 mpg on our road trip.

The new direct injected V-6 engine is a cut down version the Jaguar V-8 engine. The Roots-type vortex supercharger is mounted in the engine?s ?V? and uses a water-cooled intercooler to keep the intake temperature lower. 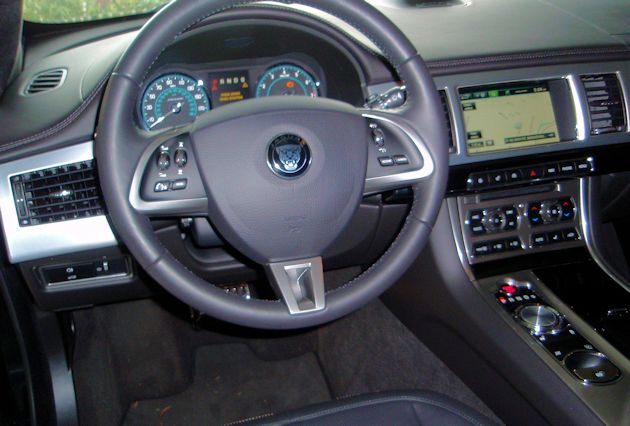 The transmission is a ZF eight-speed automatic which is tuned to meet Jaguar?s special needs and is now used in nearly all Jaguars. The transmission not only improves fuel economy but also produces smooth quick shifts. We love the simplicity of the control system which uses a large metallic dial for gear selections then supplements that with steering wheel-mounted shift paddles for those of us who like more control. The dial rises out of the center console when the engine start button is depressed. 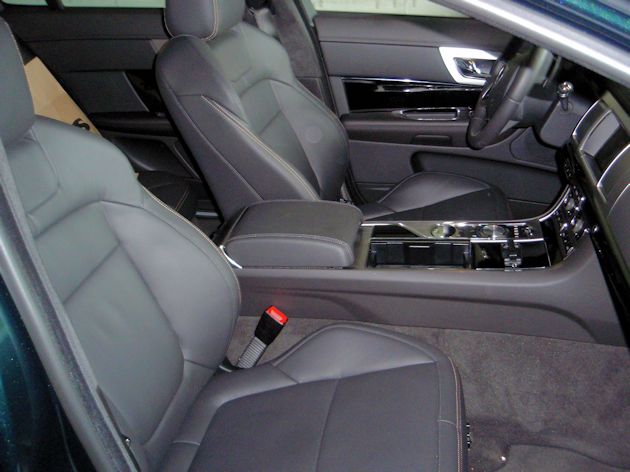 The all-wheel drive transfer case is mounted on the rear of the transmission and it controls the power transfer to the front differential. Like most AWD systems, this one assigns the power to the wheels with the best traction. The system defaults to 100 percent rear-wheel drive, until front traction is required. 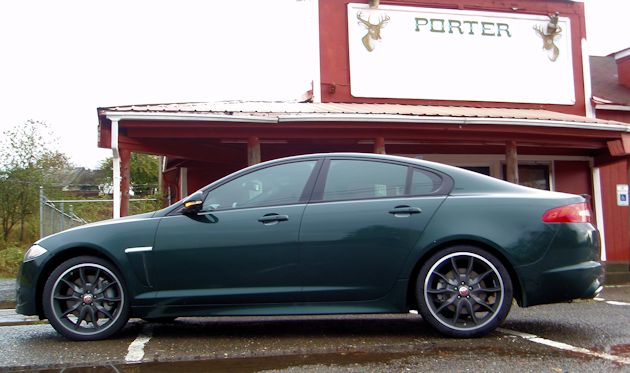 All the models, except the turbocharged four-cylinder, employ a new Intelligent Stop/Start system to cut fuel usage when the car is stopped for a traffic signal or in normal idle situations. When the driver takes his or her foot off the brake, a twin solenoid starter restarts the engine in less time than it takes the driver?s foot to move from the brake pedal to the accelerator, and the restart is nearly imperceptible. It?s one of the best Stop/Start systems we?ve driven.

The 2015 XF 3.0 AWD Sport provides a nice comfortable ride for a trip like this, but it?s also well suited for a fast run through the mountains, too, which we did later on our regular test route. The ride is on the firm side with a precise road feel and quick steering. It?s fast, agile, hugs the road and stops quickly.

Currently the XF is the entry-level Jaguar model, but that will change in 2015 when a new smaller XE will debut to take on cars like the BMW 3 Series, Mercedes-Benz C-Class and Audi A4. 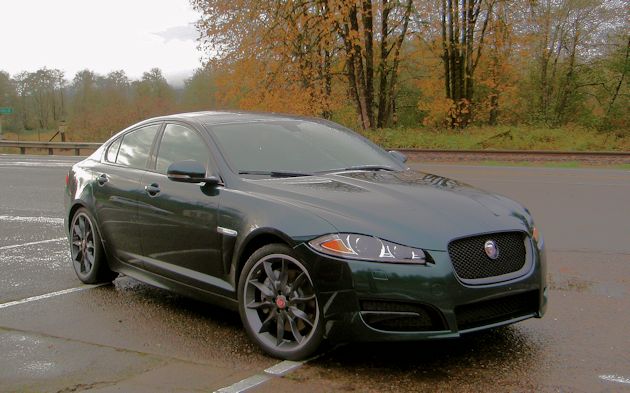 Our 2014 Jaguar XF 3.0 AWD Sport really didn?t feel much like a base model, equipped with a long list of standard equipment that included 20-inch alloy wheels, Xenon headlights, heated leather seats, heated steering wheel, Meridian Audio System and a navigation system. Standard safety equipment included blind spot monitor and the rear-view camera. All-wheel drive added $2,700, and is only available with the V-6 engine. With no options, our nicely equipped our test car had a bottom line price of $62,400. 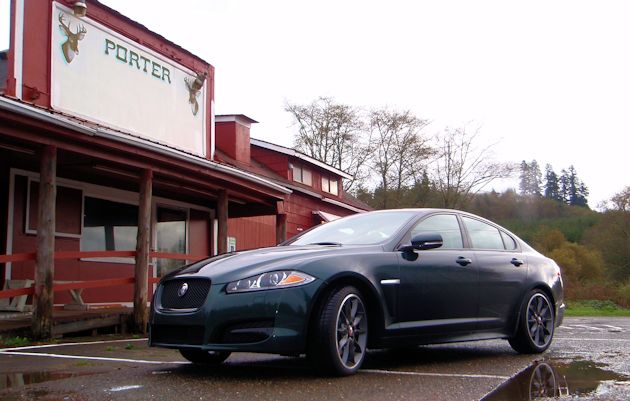 The Jaguar XF gets high marks for its good looks, too, although we debate over this point. Bill likes the clean lines, but Barbara thinks it?s a little to plain and could use more dramatic lines like its big brother/sister, the Jaguar XJ.

The interior has a classic British flavor ?elegant but simple ? and very comfortable. The one weak link might be the slightly tight rear seat headroom which is a product of the sleek coupe-style roof line, but we think it?s worth the sacrifice. Also we don?t have to ride in the rear, if we wanted a car for that, we?d prefer the limousine-like rear seating of the Jaguar XJL. 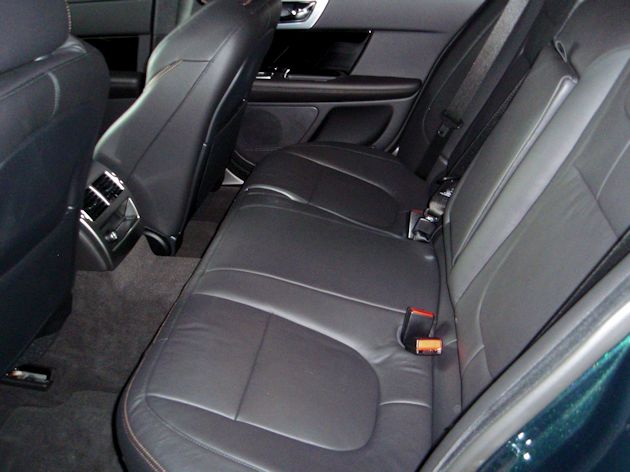 The XF has all the popular connectivity features, but we find them slightly more complicated to operate than some of competitors. Barbara?s only complaint during our drive time was the lack of a sliding or extending sun visor to help block out the sun from the side.

Overall, it?s easy to like the Jaguar XF AWD. It?s fun to drive, and we especially like the addition of all-wheel drive and the spunky new smaller engines. 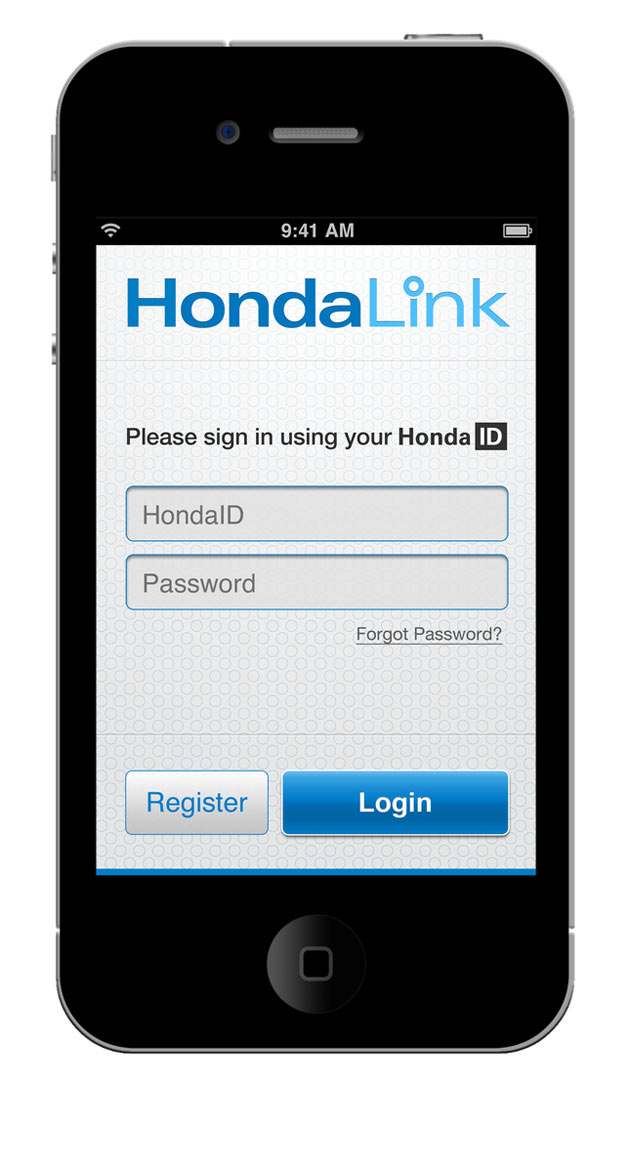