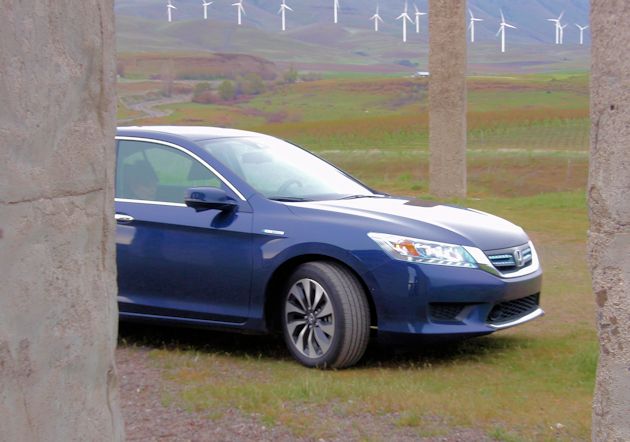 We try to make a trip to Montana at least twice a year to visit Bill?s mother and over the years we?ve discovered it?s nearly as fast and it?s a whole lot more fun to drive than fly.

On previous trips we?d driven several different types of cars, but we were most impressed with the outstanding fuel economy we registered in some the diesel-powered vehicles. Generally we averaged about 45 mpg in compact diesel cars, which we thought was very good considering the driving conditions which include going from near sea level over a 6,300-foot pass, and driving at speeds of 80 to 85 miles per hour in some areas. 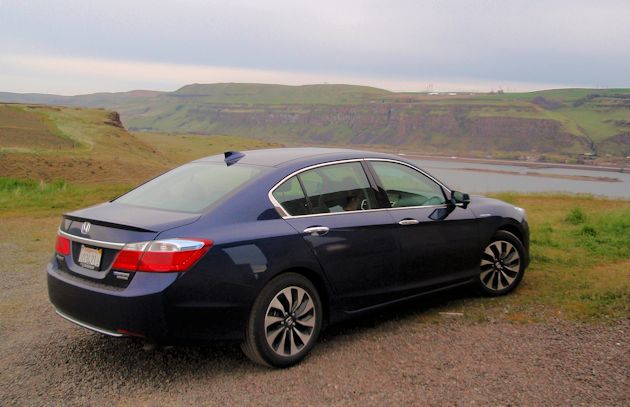 We hadn?t taken a hybrid on the trip yet, and had heard that the new Honda Accord Hybrid has been getting nearly 50 mpg on highway driving. So we asked Honda if we could give the 2015 Accord Hybrid a try on our planned Montana road trip.
An early start is important especially when driving east in the morning, because once the sun comes up it?s in our face. This trip we rolled out about 4:30 a.m. and headed up river on Hwy 14 through the famous Columbia River Gorge planning to turn north toward Tri-Cities, Wash., about sunrise. 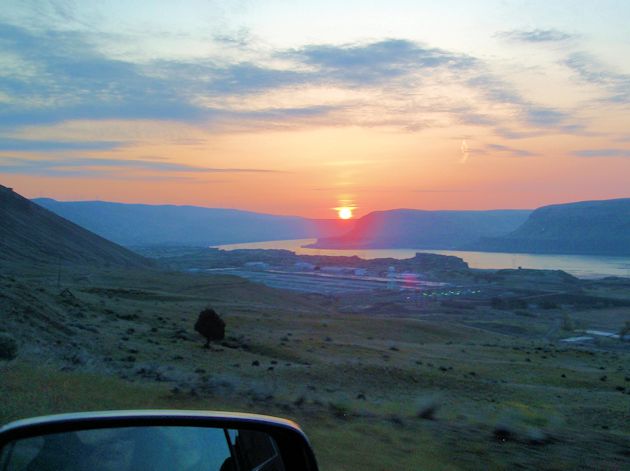 This is one of the most beautiful drives in the country as the road twists along the river past scenic overlooks and through lush green forests. We pass the ?Bridge of the Gods?, made more famous in the opening scenes of the first Twilight movie, then Bonneville Dam and on toward Hood River, Ore. which is on the south side of the river in the shadow of the 11,250-foot volcanic Mount Hood.

We hadn?t yet driven Honda Accord Hybrid Touring sedan and were impressed by the comfortable ride, but it was the handling characteristics with solid flat cornering and precise steering that mostly caught our attention on this windy two-lane road. It felt more like driving a sport sedan than high-mileage hybrid. In the pre-dawn darkness the standard LED headlights on the Touring model helped keep the road ahead well lit.

After Hood River, the two-lane road changes to more long sweeping curves and panoramic views of open country often filled with forests of 400-foot tall windmills along the ridges. We pass massive vineyards, winery tasting rooms and the Maryhill Museum of Art all which are high on hills overlooking the river. Plus there?s even a replica of Stonehenge, just a short distance off the road.

For more information on the wineries, Mary Hill Museum of Art and Stonehenge go to these websites.

Generally, traffic on Hwy 14 is light, especially this time of the morning, but there are still occasional slow moving trucks that need to be passed if we are to keep our quick pace (650 miles in 10.5 hours). We were impressed by the strong passing power but won?t reveal (so not to incriminate the driver) how fast it will go during a long pass. 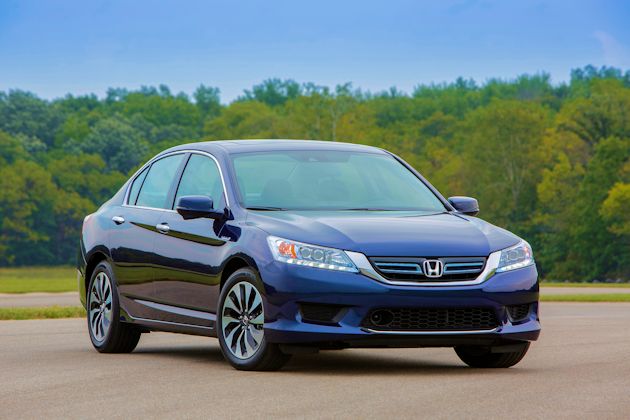 The drivetrain operates in three different drive modes: (1) All electric which works after a stop, during light cruising and acceleration and when braking. The driver can also push a button that holds the system in the ?electric? mode longer. When the battery charge gets lower or the driver accelerates harder, it will automatically kick out of this mode and seamlessly start the gas engine. (2) Hybrid drive mode which combines the electric motor and gasoline engine for better acceleration, passing power and at higher speeds. (3) Engine drive mode which works when cruising at medium to high speeds. The high-efficiency Atkinson-cycle i-VTEC gasoline engine provides propulsion via the E-CVT with lock-up clutch, which connects the generator motor (always linked to the engine) and the electric drive motor, effectively sending motive power directly from the engine to the drive wheels. 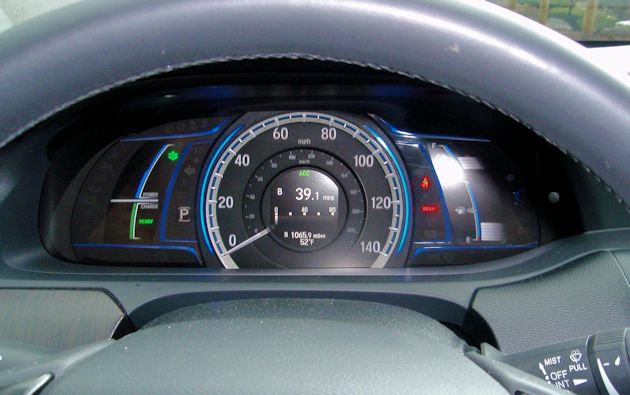 Buff magazine tests list the 0 to 60 mph times of 7.5 seconds making it one of the fastest of the larger hybrids.
The Hybrid EPA fuel economy is listed at 50 mpg city, 45 mpg highway and 47 mpg combined. Friends who had driven this car before said we might get close to 50 mpg on our trip, but with the higher operating speeds and elevation changes, we averaged 39.1 mpg on the 1,600-mile round trip to Helena, Mont. and back. We were disappointed at the numbers the trip computer was showing along our route so we try lowering our driving speed from 70 to 75 mph, down to 60 and the numbers climbed to the high 40s. At 60 miles per hour, we were holding up traffic, though. Never-the-less, we?ll never complain about 39.1 mpg under these conditions, especially for a car this large and spacious. 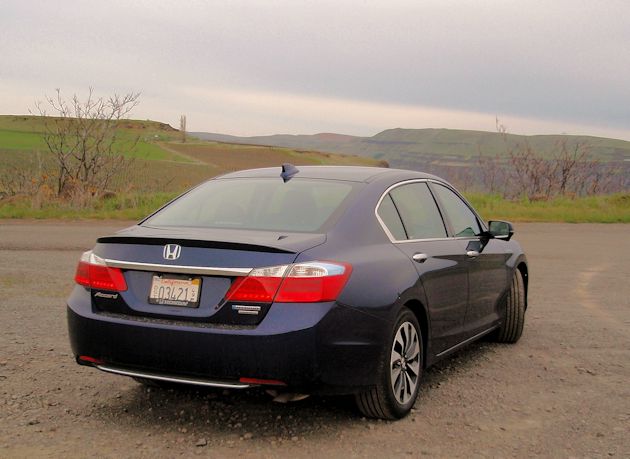 It appears that if you want to drive faster, a diesel is probably the better choice for higher fuel economy, but if you want the bragging rights to the high numbers in the Accord Hybrid keep the speed down and also spend more time driving in town, where the electric motor handles more of the job.

The Accord Hybrid has the same basic body and chassis at the gasoline powered Accords including the lightweight body and sophisticated four wheel independent suspension. It also has Honda?s next-generation ACE? body structure, available Lane Departure Warning, Forward Collision Warning and LaneWatch and leading-edge connectivity via the new HondaLink? connected car technology.

Three different trim levels are available on the 2015 Honda Accord Hybrid: the Hybrid at $30,125 including the destination charge; EX-L at $32,875 and the Touring model (which we drove) at $35,875. Like all the Honda?s the price is inclusive, so you don?t have to add a bunch of pricey options. 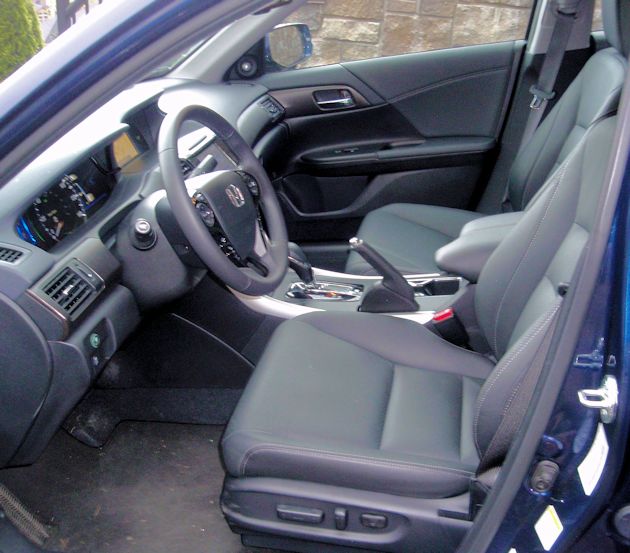 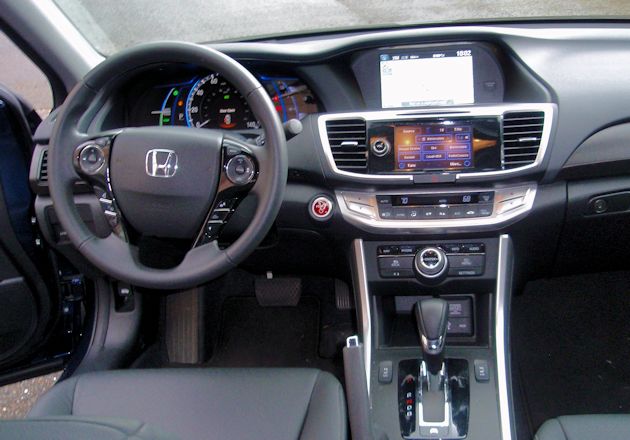 We like the Accord?s two screen system with a larger i-MID screen high on the center stack for navigation functions and the rear backup camera. Honda?s approach to handling the blind spots is to display the passenger side in this screen when the right turn signal is used and with a wide angle mirror on the driver?s side.

The lower screen is a touch screen to control the new audio system. In addition to a plethora of normal audio functions, it has a Pandora? interface and SMS text messaging to read incoming texts aloud and easily respond with present replies. There is also Bluetooth?, HandsFreeLink phone interface, HondaLink? and many other driver assistance functions. 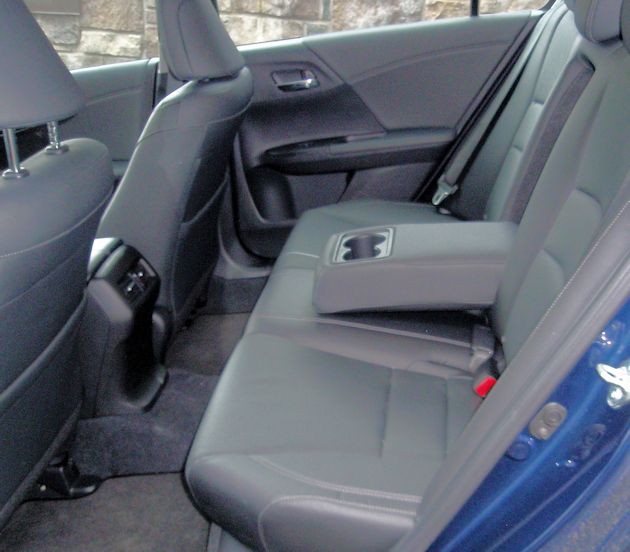 The interior space is very roomy and can seat five adults. We pushed the cargo space to the limit filling the 12.3 cubic feet with luggage, our emergency equipment bag, chains and all the other things we take along on road trips.

The Accord Hybrid could be Honda?s best vehicle. It has desirable features, good performance, it?s a nice size and certainly comfortable. Plus if you drive sensibly, it has amazing fuel economy. 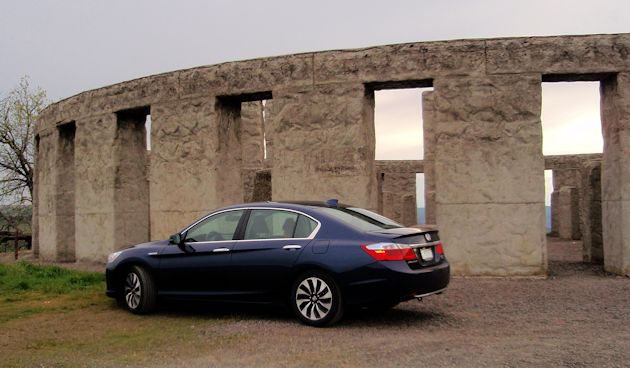 If we had any criticism, it would be about the CVT. It?s certainly smooth and efficient, but we?d like to have the ability to downshift for better control. Some hybrids have CVTs with fixed shift points, but this one only has ?Drive? and ?B? for ?Braking? which provides a modicum of increased regenerative braking. 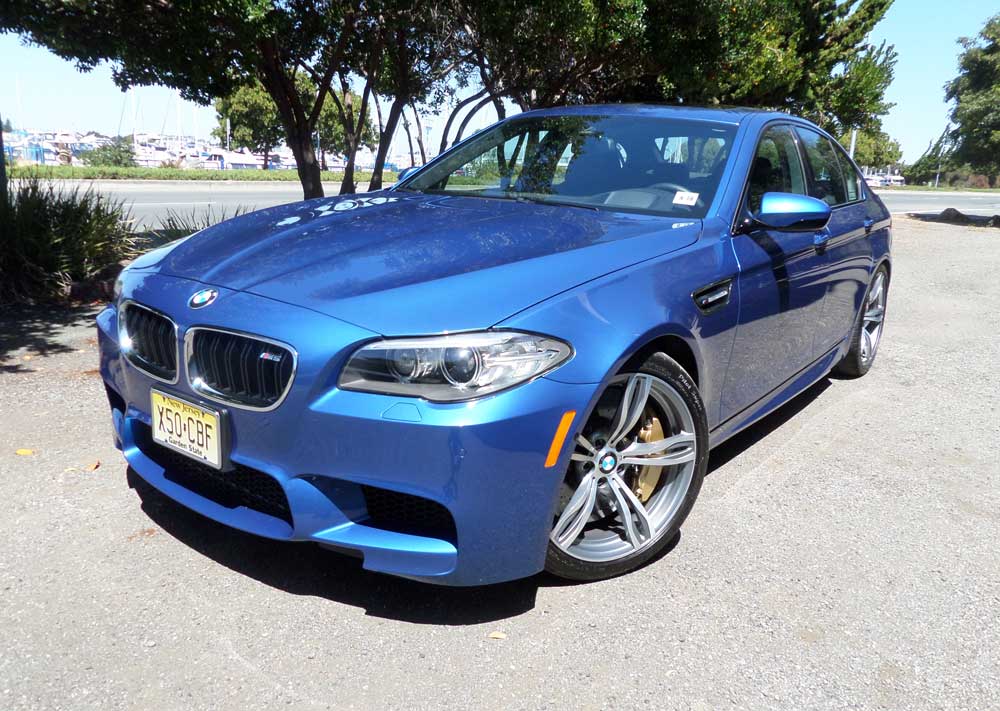