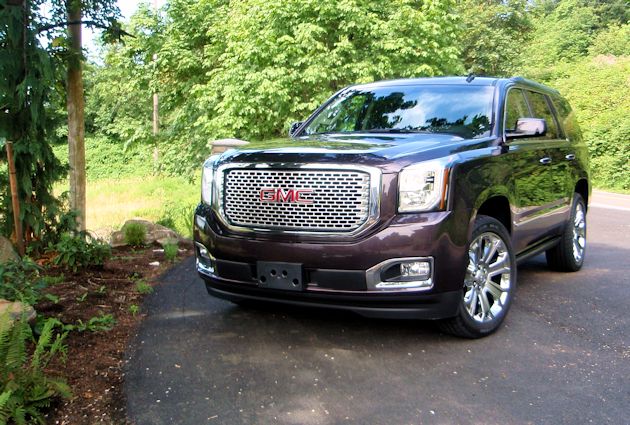 The new GMC Yukon Denali is a big deal ? literally. At 204 inches in length, it?s only a smidgen (1.9-inches) longer than the previous model, but anything that fills a bay of our garage so completely is big, especially when the last car in that slot was a 145-inch electric car.

There?s no denying that the 2015 GMC Yukon Denali is a beauty, especially inside. It?s spacious, elegantly designed and swathed with soft leathers, high quality plastics, aluminum and authentic Java Burl Poplar wood accents. Our Denali test vehicle was designed to carry four in luxury sedan-like comfort and three more snuggly in a third row. The Yukon can actually be configured to carry nine people when equipped with all bench seats. 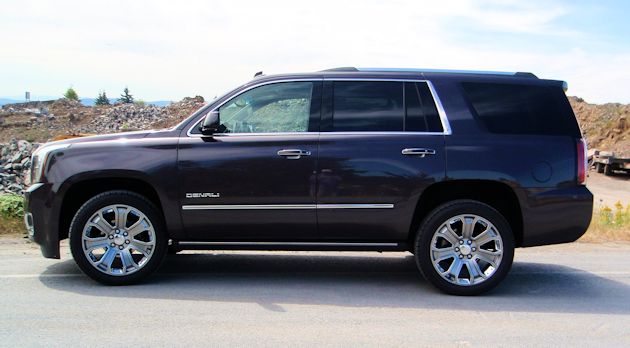 Cargo capacity is 15.3 cubic feet with all three rows of seating in use and can be expanded to massive 94.7 cubic feet when the second and third rows of seat backs are folded. The Yukon is one of the last big SUVs to get optional power folding seats, but now that they are offered, they are probably the best and fastest in the business. The seats can easily be adjusted by pushing buttons at entry points located at the second row doors and at the rear liftgate opening.

The GMC Denali instruments have a large customizable screen mounted between the chrome bezels of the tachometer and speedometer. The console area has multiple storage compartments, USB ports and electrical plugs to fit the needs of those addicted to mobile electronics.

GMC?s IntelliLink communications package uses the eight-inch touch screen at the top of the center stack. The system provides great communications, navigation, entertainment and is the forum for OnStar features, however it seemed slow to us, acting like it had a bad case of turbo lag. Later in the model year the systems will offer a built-in Wi-Fi hotspot for vehicle passengers? personal digital devices. The nice thing is it will be powered by the vehicle and won?t need a smart phone link. The system will also have a selection of Apps that will provide all sorts of extra useful and entertaining features. 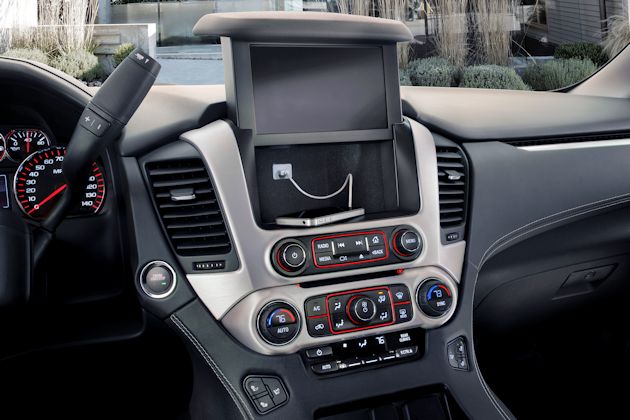 Press a button and the screen rises above the dash providing access to the large hidden storage compartment equipped with a USB port behind the screen. It?s a perfect place to charge electronic devices and hide wallets while stowing them out of sight.

The GMC design team should get a gold star — the Denali is sleeker and more aerodynamic than the previous generations. In the rear, the lightweight aluminum liftgate has a full width window that can be opened separately from the lift gate. There is also a new overhead wiper that hides under the roof-level spoiler for better protection and a cleaner look.

Retractable running boards are a ?must-have? option. With the exception of a chrome face, the illuminated full-length power-retractable assist steps fold and hide completely under the vehicle but deploy when any door opens. The step has a broad rubber surface that provides one of the best entry surfaces we?ve used on an SUV.

The GMC Denali model gets a 420-hp, 6.2-liter EcoTec3 V-8 with a six-speed automatic transmission. The engine produces a 0 to 60 mph time of 6.2 seconds, which is quite impressive for a vehicle that weighs nearly three tons. The four-wheel drive version has an EPA fuel economy rating of 14 mpg city, 21 mpg highway and 16 mpg combined. We actually averaged 15.3 mpg during a week of mixed driving. One of the reasons these large SUVs are so popular is their ability to pull heavy loads, and the Denali 4WD fits the job description with towing capacity of 8,100 pounds. 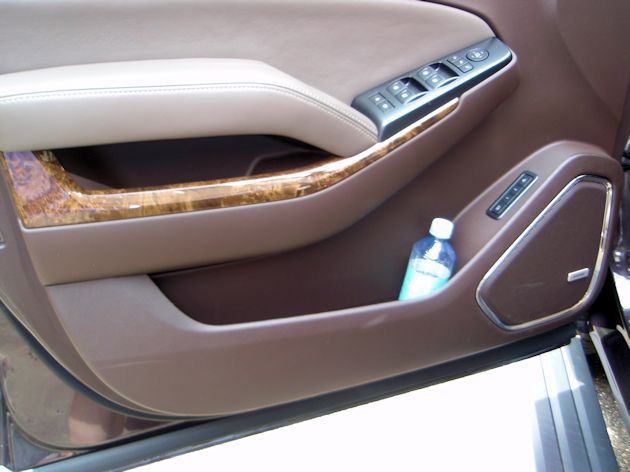 After a week in the Denali, we?d grown accustom to the size, luxury, performance and technologies and hated to give it back. The new more aerodynamic design cuts vehicle noise as does the laminated windshield and front door glass. The upper level models also use an active noise cancellation system which work similar to the one used by the Bose noise canceling headsets many airline passengers use. Overall, this is one of the quietest SUVs we?ve driven.

The new Third Generation Magnetic Ride Control, which is standard on the Denali models, is fantastic. This is the same basic suspension used on some of the world?s best handling cars including the Chevy Corvette. It?s the world?s fastest-acting suspension and it?s able to deliver a more precise body motion control. It ?reads? the road every millisecond and changes damping in just 10-15 milliseconds in shocks filled with a magneto-rheological fluid containing minute iron particles. Under the presence of magnetic charge, the iron particles align to provide a change in the damping resistance almost instantly. 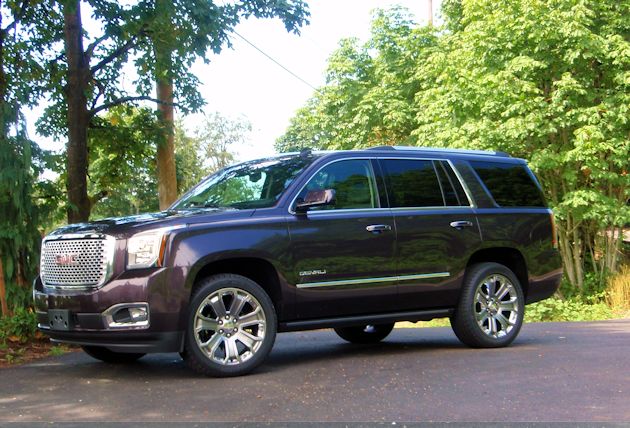 Because the big SUVs have been popular targets for thieves, both brands are offered with a sophisticated new safety system designed to deter thefts. It has glass breakage sensors, motion detectors and a self-leveling inclination detector that sounds the alarm when someone attempts to tow or lift the vehicle. There?s also a feature that blocks access for someone breaking in using a ?slim-jim? unlocking device. Our first thought was how AAA would get in if we accidently locked the keys in the vehicle?then we remembered that?s what OnStar is for. The OnStar system also has a new app that will allow the owner to open the car from his or her smart phone. 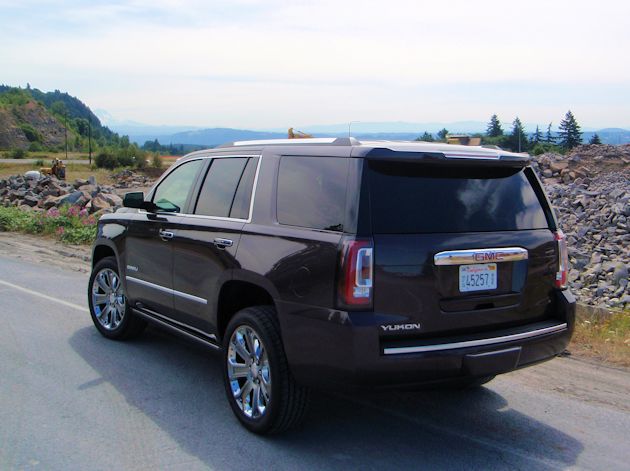 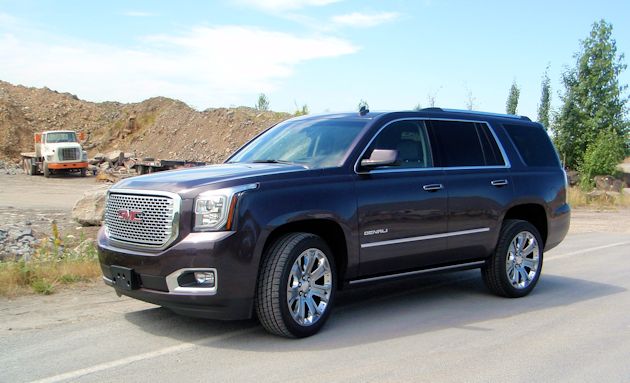 GMC has put a lot of thought and planning into the new Yukon and the results are impressive. 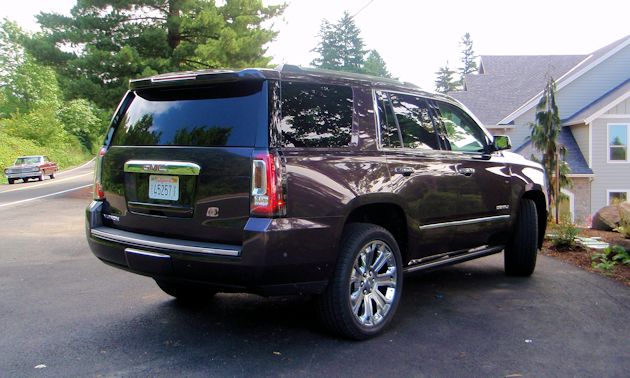 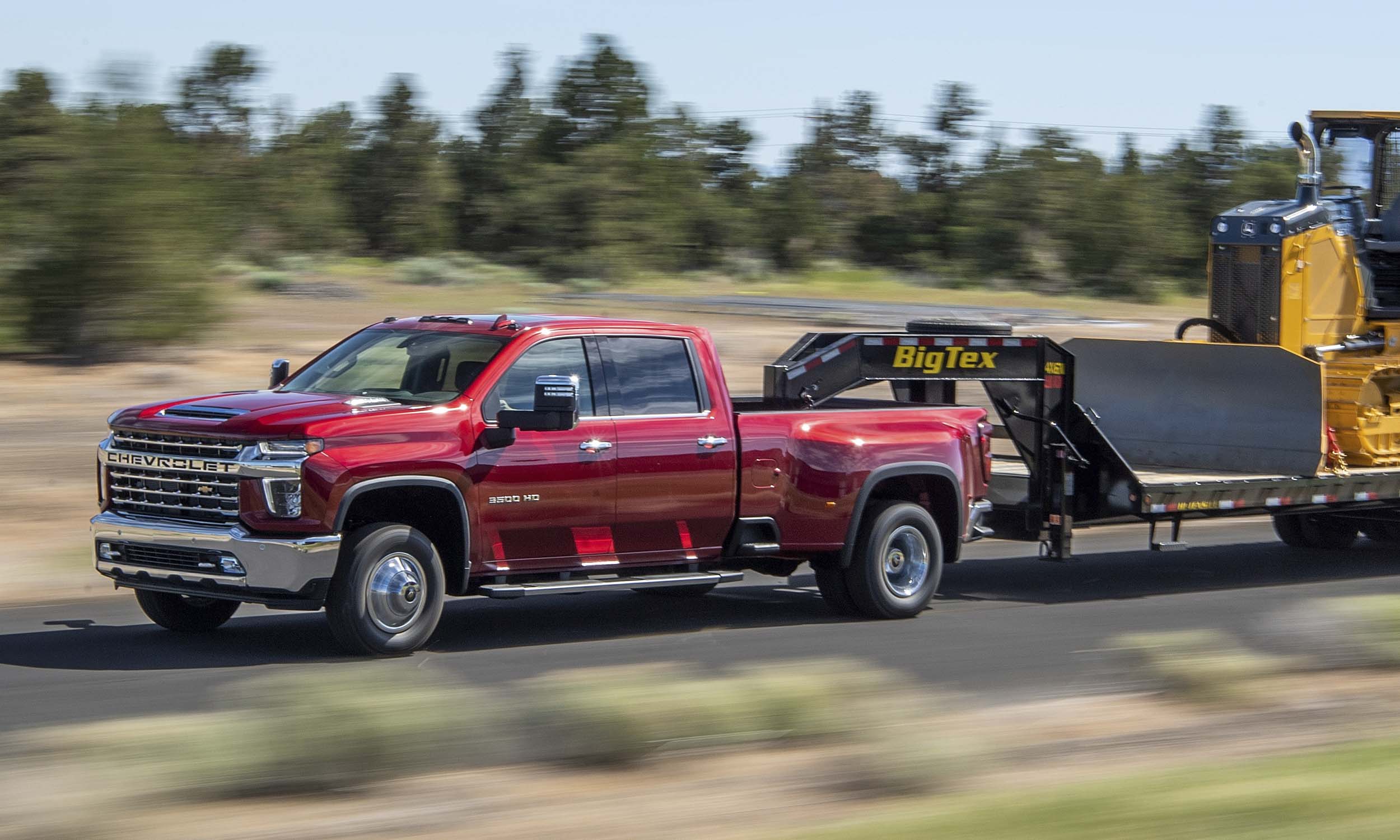 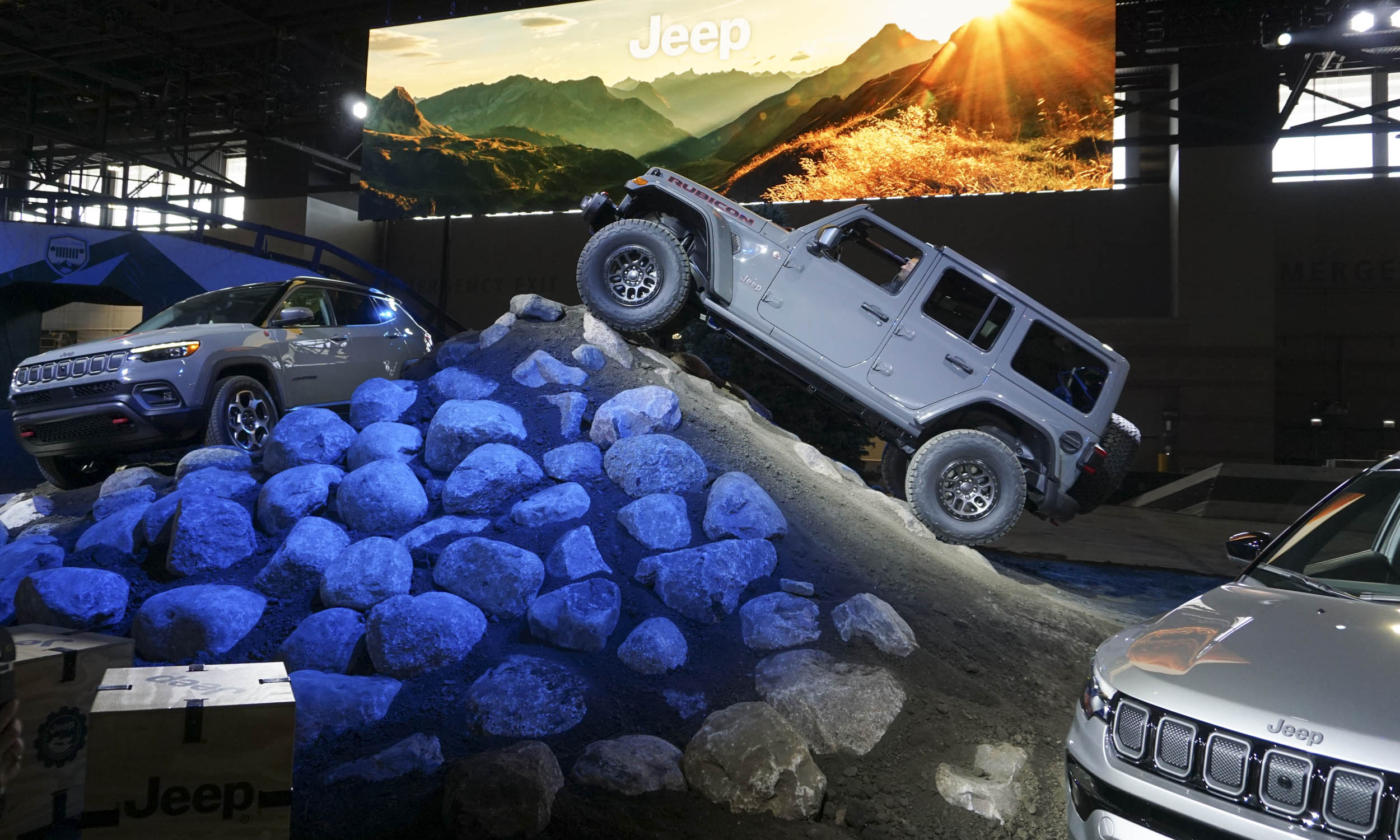