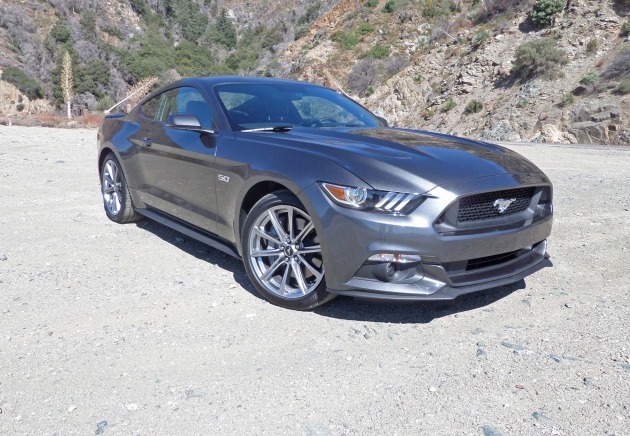 It?s no big secret that the Ford Mustang has been hugely popular since that first pony car made its debut back in the mid-60s. (I?ve always thought of the first model as being a ?65, but others insist that the first ?Stang was really a ?64 and a half.) Whatever. I?ve never really been a raging Mustang fan. Don?t get me wrong here, I?ve always thought that they were pretty cool, but have never owned one, and really never lusted to own one. My perception and perhaps that of many others recently got a rude awakening after test driving two very different models of the all-new Ford Mustang during the vehicle?s national press launch.

My testing began at the top of the food chain, with the 5-liter V8 ? hey, go for the gusto first right? The engine is a DOHC, 32-valver with twin independent variable camshaft timing and Direct Injection that cranks out 435 horses at 6,500 rpm, while developing 400 pound feet of torque at 4,250 rpm. Available transmissions include a Getrag six-speed manual with Hill Start Assist or a six-speed SelectShift automatic. I chose the manual gearbox. Possibly the most notable revelation in this latest iteration, is the fact that Ford 86?d the old solid rear axle that?s been used forever, in favor of an integral link independent rear suspension with coil springs and a stabilizer bar (finally). The front suspension consists of Independent MacPherson struts, double ball joints and a stabilizer bar. 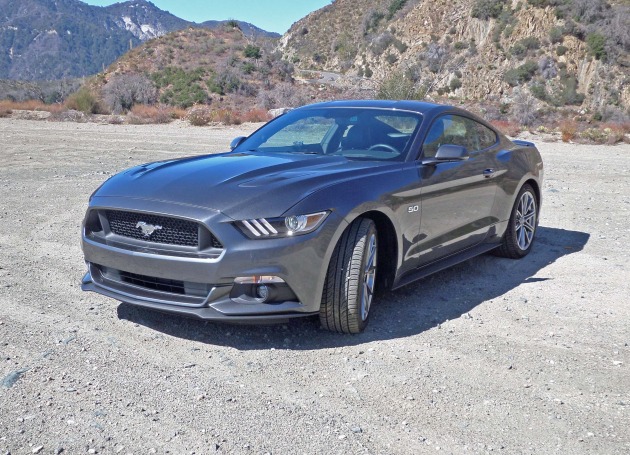 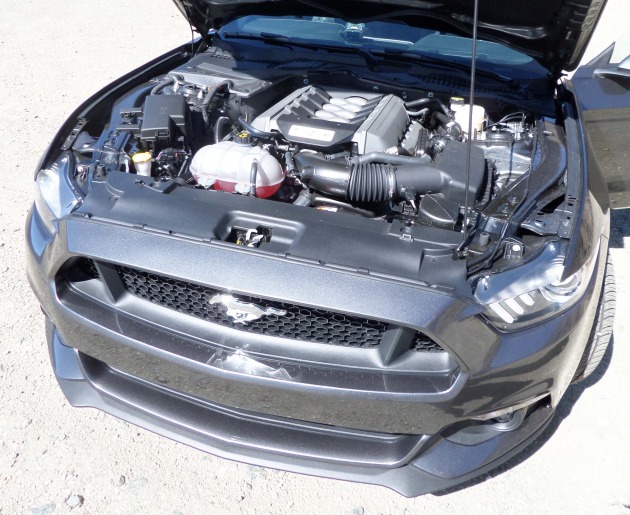 Next up to test, was the 2.3-liter EcoBoost four-banger powered model Coupe, also in Premium trim. The EcoBoost turbocharged four-cylinder with Direct Injection delivered 310 horsepower at 5,500 rpm along with 320 pound feet of torque. It came with a Guard metallic exterior finish and a Saddle toned interior. The base price was $29,170. It was equipped with the same options as the V8 test car, and its final sticker was $35,665. It tipped the scale at 181 pounds less than the V8. 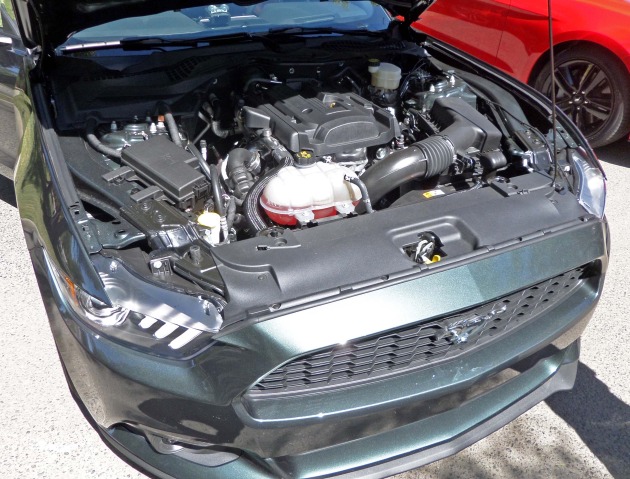 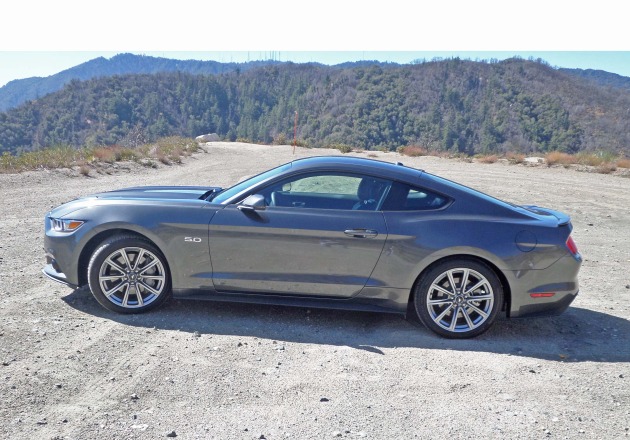 There were no 3.7-liter V6 models which provide 300 horsepower available for testing at the launch, as Ford?s focus (no pun intended) was clearly on the EcoBoost four and the V8.

SUMMARY: Both versions of the 2015 Ford Mustang that we were afforded the opportunity to pilot rose above expectations and both serve up a high performance level with an aerodynamic, clean sheet, new design along with innovative, state-of-the-art technology. 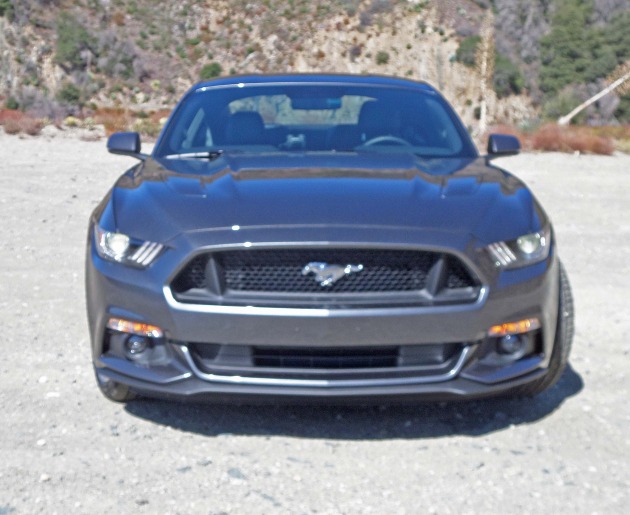 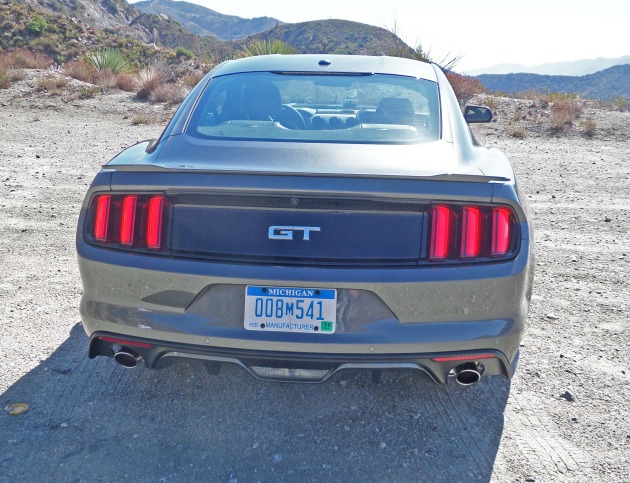 The new Ford Mustang looks, drives and sounds like it should ? at least the V8 does. The four-cylinder?s sound could be better, but it does everything else well. Acceleration is adequate with the 2.3-liter, and outstanding with the V8. In terms of handling, the four is more civilized with a lighter and more agile feeling due to its lesser nose weight. Steering delivers a positive feedback and responds quickly to driver input. The ride quality is vastly improved with the new suspension setups even in stock form. I?m sure that the Performance Pack ups the ante to an even higher degree in terms of both ride and handling attributes. 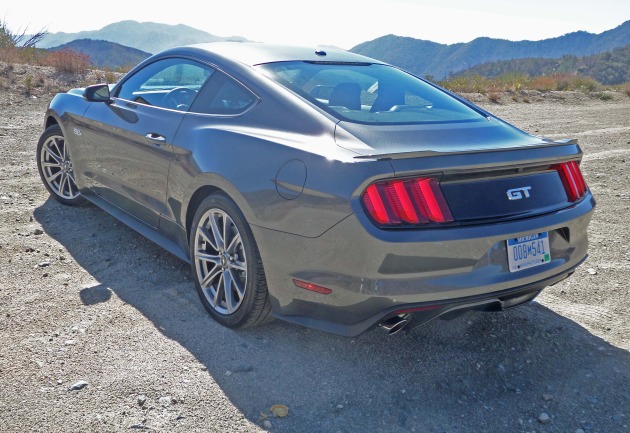 The independent rear suspension has eliminated side hop that used to come under more stressful and spirited performance maneuvers. Yea. A Selectable Drive Mode feature is available to tune in changes in steering effort, engine response as well as transmission and electronic stability control settings to suit the driving scenario at hand at any given time utilizing console mounted toggle switches. The GT models include a standard launch control for cars equipped with a manual gearbox. 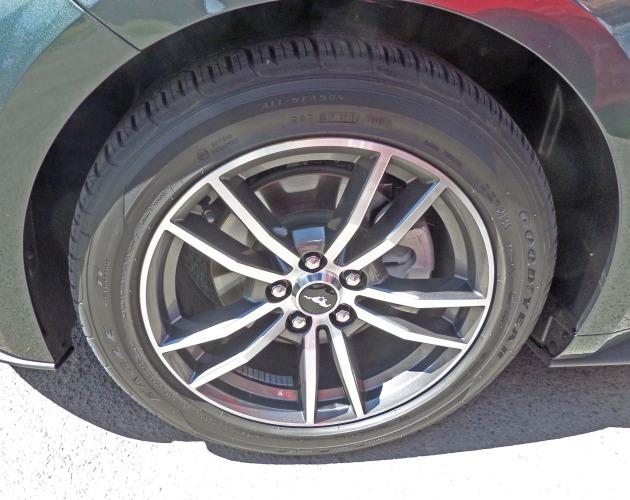 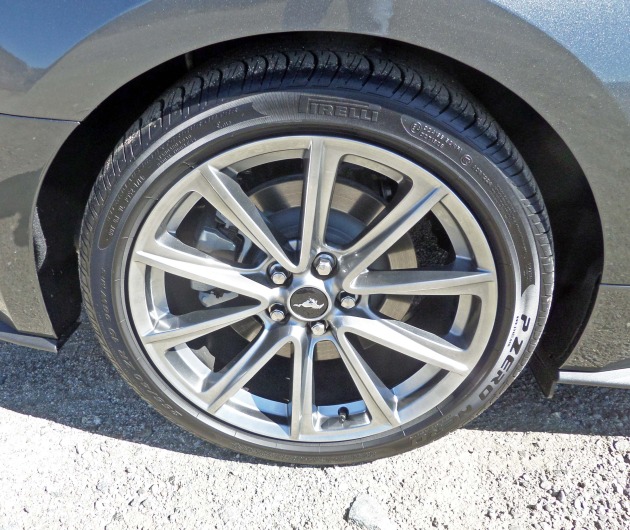 Shifting is more responsive and smoother with both the manual and automatic transmissions. Automatic paddle shifter response is both rapid and seamless. Connectivity and safety elements and enhancements showcase the latest industry advancements, further increasing the New Mustang?s value. 0-60 mph times were not measured, but top speed for the V8-powered Mustang GT is electronically limited to 155 mph. 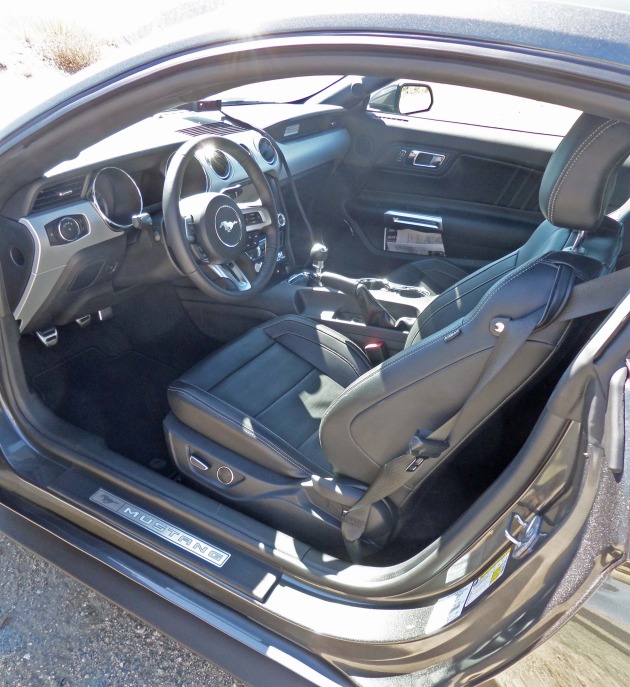 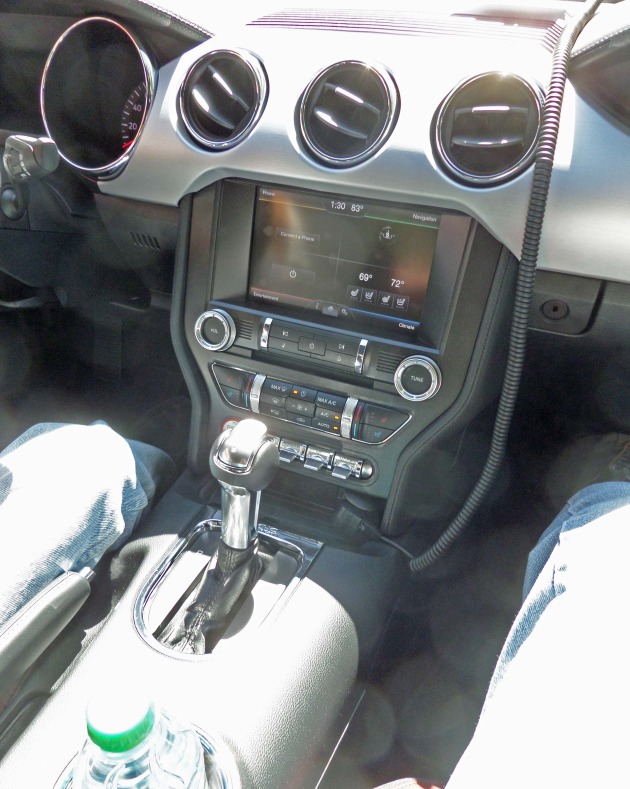 Both Mustangs tested displayed a planted stability on the twisting and challenging roads of Southern California?s Angeles Crest Highway, which is a Mecca for sport bike riders. The new pony cars were able to keep up with many of the sport bikes without losing nerve or confidence.

In the final scheme of things, the 2015 Ford Mustang lineup represents the best Mustang stable ever. It?s safe to say that I?ve been converted to being a Mustang fan. Can’t wait for the drop top versions to become available. 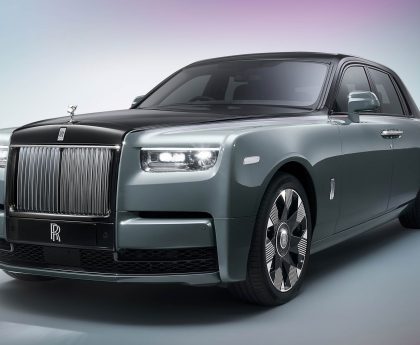 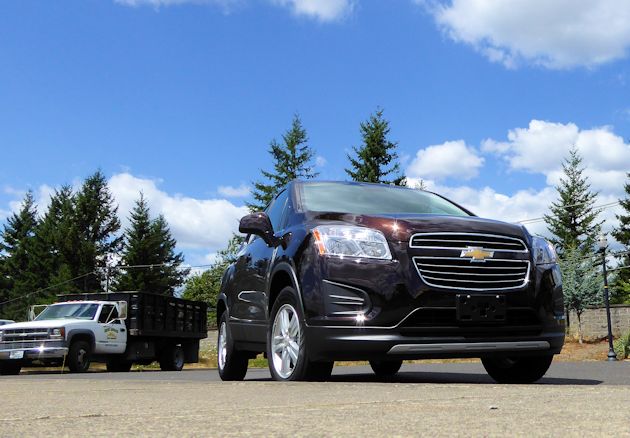