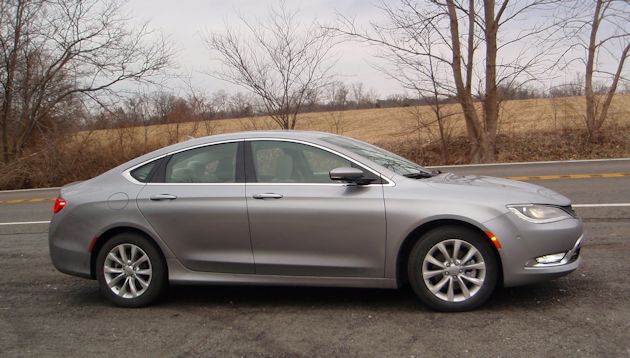 Louisville, Ky. ? The Blue Grass State may be noted for its outstanding horse ranches and as the home of some of the world?s great whiskeys, but in March it was best known as the place Chrysler introduced its new midsize sedan, the Chrysler 200.

After spending a half hour with Kathy Graham, from Chrysler, going over the features of the new 200 at the Portland (Oregon) Auto Show in February, I was excited to actually get to drive it. I already had a very positive impression just based on the looks and the features, so if it drove at the same level, the Chrysler 200 was going to be a hit in my book.

The 2015 Chrysler 200 is all new and represents several major advances. First, it?s built on the same architecture as the Alfa Giulietta, which means it?s designed to be a great handling car, not just a highway cruiser. Under the hood is a choice of two top-rated engines both attached to the segment?s first nine-speed automatic transmission. The 200 is also available in a pair of drivetrain choices, front-wheel drive and all-wheel drive. And the 2015 Chrysler 200 represents the new ?face? of the Chrysler brand, which means its DNA will carry forward to future Chrysler vehicles. 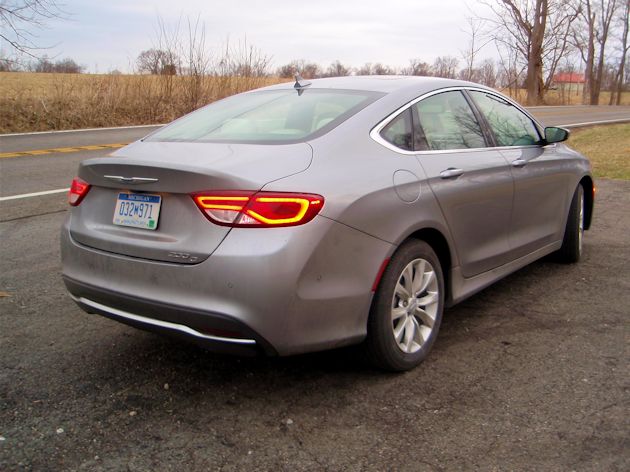 Initially, it was the sleek exterior lines that drew me into this new mid-size sedan. It looks strong, aerodynamic and trendy enough to turn heads. However the styling is sophisticated enough to give it long shelf life?you?re not going to get tired of it after 200 trips to Trader Joes. It also has the coupe-like roofline that flaunts ?sexy?. But you have to see it in person; the photos aren?t conveying the whole story.

The good looks are not just skin deep either; the interior is equally stylish with sculptured panels, soft touch materials, real wood (on some models) and it has a multitude of unique storage areas ? like under the console. 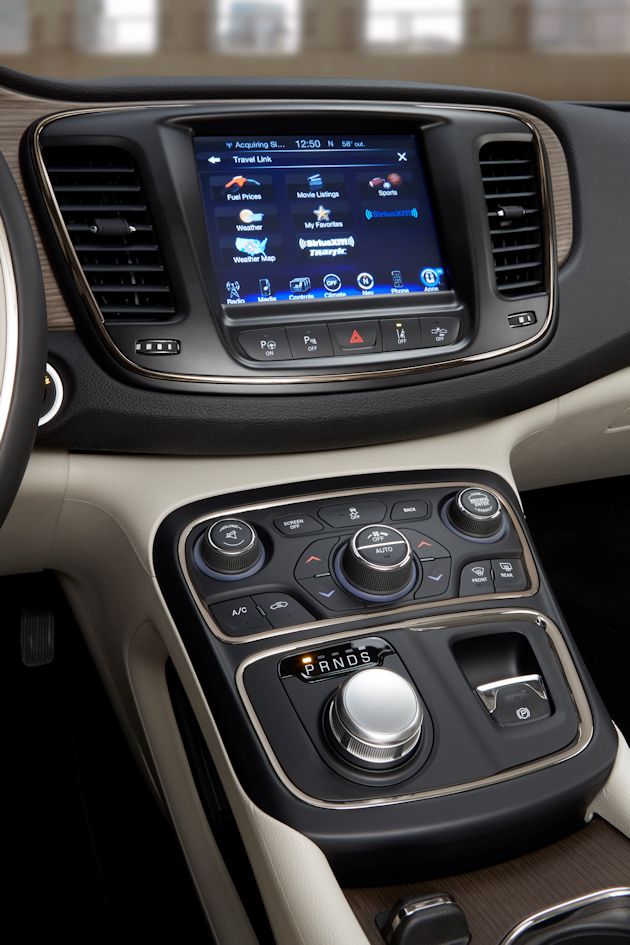 There?s no conventional ?stick? shifter on the console, rather gear selection comes from a large silver dial mounted on an angled panel just below what would normally be considered the center stack. Simply turn the knob to the appropriate setting and you?re off. That same panel also conveniently houses the electronic parking break control. Just above the transmission and brake cluster is a grouping with well-marked climate controls and real dials for audio volume and tuning ? much easier to use than touch or slide controls, thank you. 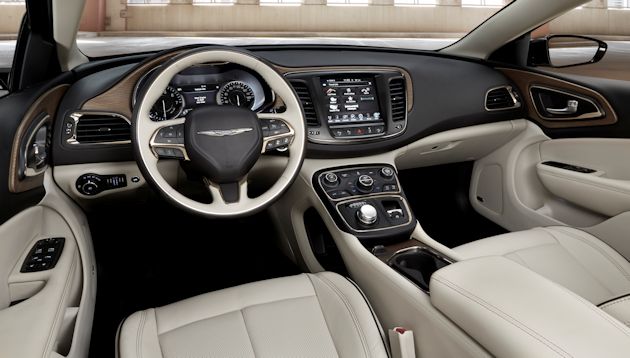 Just below the dash top in the center is the 8.4-inch Uconnect? touch screen that handles all the audio and communications input and data output. From my perspective, it?s one of the best systems in the business. The instrument panel is conventional with two large analog dial set up with a large color screen for messages and data display between them. The three-spoke steering wheel face has 16 controls on the side spokes plus six more on the back ? including the redundant audio controls so you don?t have to take your hands of the wheel. There are even available shift paddles on some models for better driver control. 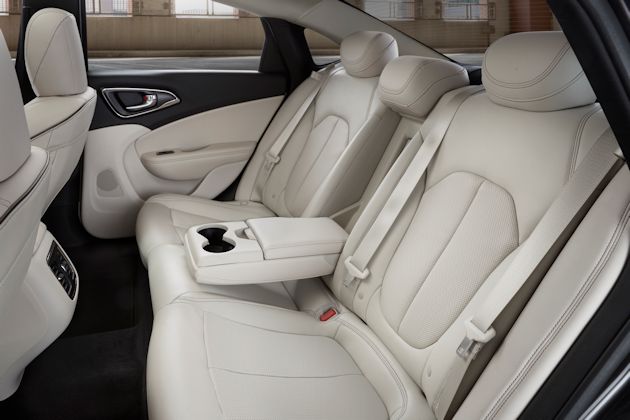 Overall, I liked the interior — it?s attractive and comfortable with supportive seats. The sweeping roofline makes rear seat access better suited for the smaller of the passengers and cuts a visibility a bit, but that?s the price of style. At least there?s a nice backup camera to see behind you. The center console has an innovative pass-through area where wires and cables for digital devices can be tucked out of site while they are connected. The rear seat cushion is actually designed for three butts, rather than two. The center section is smaller, but at least it?s not a mound. The cargo space is large numerically holding 16.0-cubic feet and the rear seatbacks are split and fold to expand cargo space. There?s also a pass through above the arm rest for things like ski?s or a pole vaulting pole. 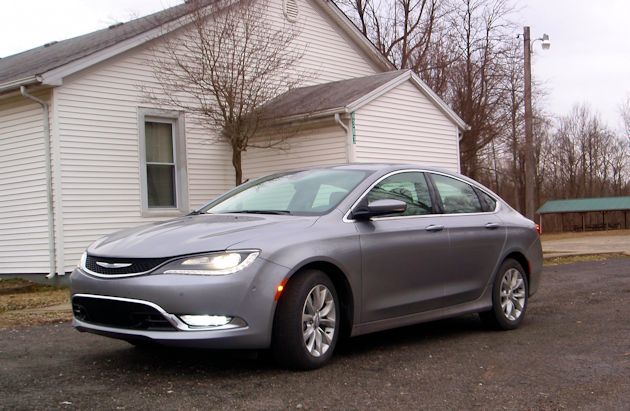 There are two engine choices, a 184-hp 2.4-liter Tigershark SOHC four-cylinder and the 295-hp 3.6-liter Pentastar DOHC V-6. The engines are smooth, quiet and responsive. Zero to 60 mph acceleration times for the pair are 8.3 seconds and 6.3 seconds respectively. Four-cylinder fuel economy is rated at 23 mpg city, 36 mpg highway and 28 mpg combined and the V-6 is 18/29/22 mpg. The nine-speed transmission is new, and some critics are questioning the need for that many gears, however, it seemed very smooth and it certainly helped fuel economy. The lower gear improves acceleration and the driver never ?sees? the top gears unless the car is cruising.

Chrysler planners did an outstanding job outfitting the newest Chrysler with the latest features and technologies, and it?s one of the only mid-size sedans available with all-wheel drive. 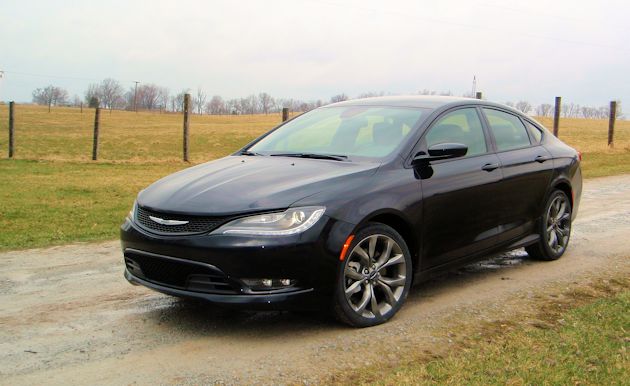 The 2015 Chrysler 200 is available in six trim levels counting two AWD versions. The model lineup includes (from the least expensive) LX, Limited, S, S-AWD, C and C-AWD. Prices range from $22,695, including the destination charge for the LX and go as high as $26,990 for the C. All-wheel drive adds $4,200 to the price of the S and C models and also includes larger aluminum wheels, the V-6 engine and upgraded suspension. The 200 C AWD with all the available options and packages tops out at $38,455, for a car equipped with all the latest technologies and comfort items.

Meanwhile back at the drive — the 2015 Chrysler 200 is a different kind of animal for this company, which is now owned by Fiat. The ride leans more toward stiff than soft, it has a cool, crisp exhaust note and there is no real body lean during cornering. The steering is precise, but not sporty, there was no overt torque steer and overall, I think the 200 is as good or better handling than the competitors: Accord, Camry, Fusion, Altima and a half dozen others. 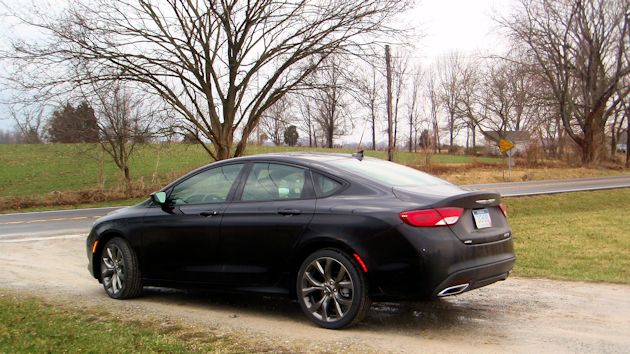 Chrysler has been taking on the competitors one by one; first with the Ram truck, and now with the mid-size Chrysler 200. I think Chrysler has found the new car elixir and the 200 is the second chapter of a very interesting comeback.

The 2015 Chrysler 200 is arriving in the second quarter of 2014 and anyone considering a new midsize sedan and not driving the 200 first is missing out on what could be one of the best cars in the category. 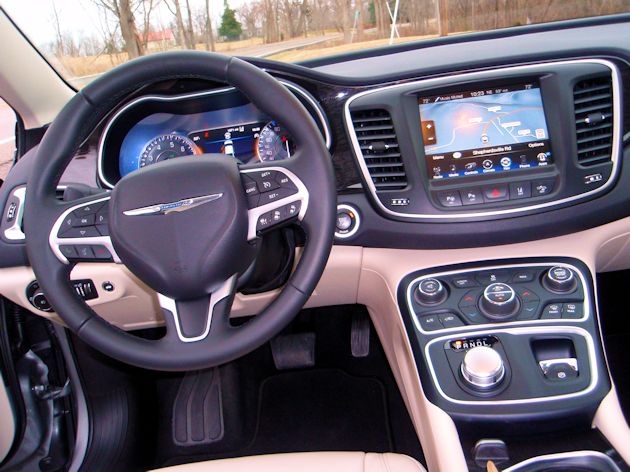 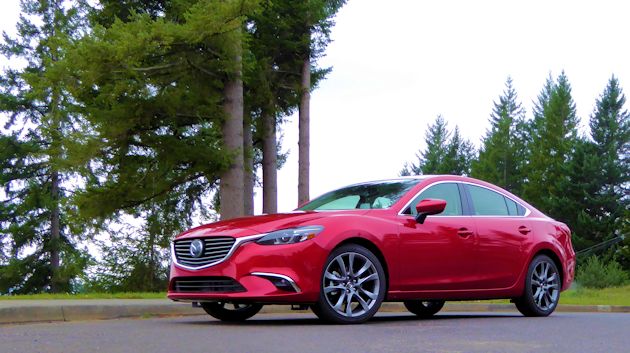