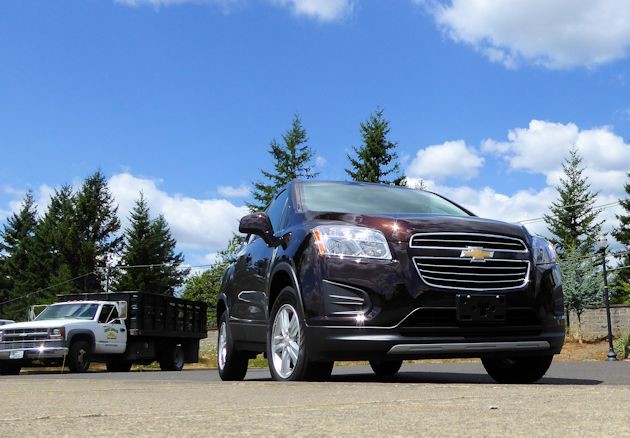 Developed initially for foreign markets, the Chevrolet Trax debuted in Paris in 2012 and during 2013 and early 2014, was sold in various global locations under a number of different names. Two of those countries where the Trax was sold were Canada and Mexico, but didn?t make it to the United States until the 2015 model. Some of the impetus for bringing it here was the increasing demand for crossovers and the success of the similar sized Buick Encore. (The Trax and Encore share the same GM Gamma II platform.)

The 2015 Chevrolet Trax arrived in the U.S. market mostly unchanged from the global versions except for adding U.S. spec features like OnStar with AT&T 4G LTE and Sirius XM satellite radio. 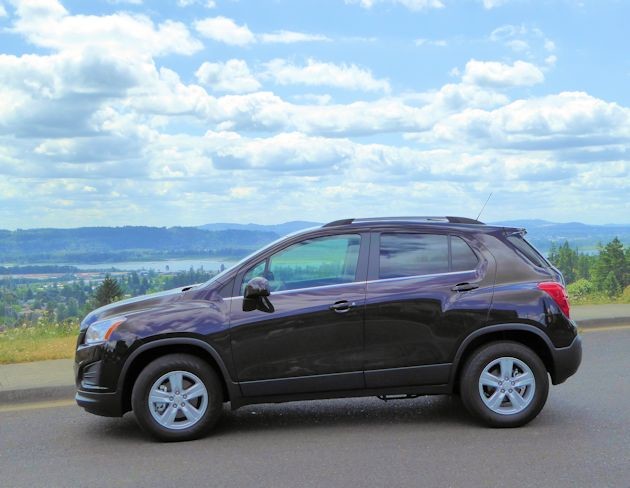 There are a multitude of reasons we like the 2015 Chevrolet Trax including its petite size, good fuel economy, utilitarian interior spaces and high value.

Size wise, the Trax is similar to crossovers like the Jeep Renegade, Mini Clubman, Volkswagen Tiguan and new Honda HR-V. The size makes it a perfect ?urban commando? with the ability to slip in and out of tight traffic and into smaller parking spots. We found it to be quite comfortable and it was more fun to drive than we had anticipated. 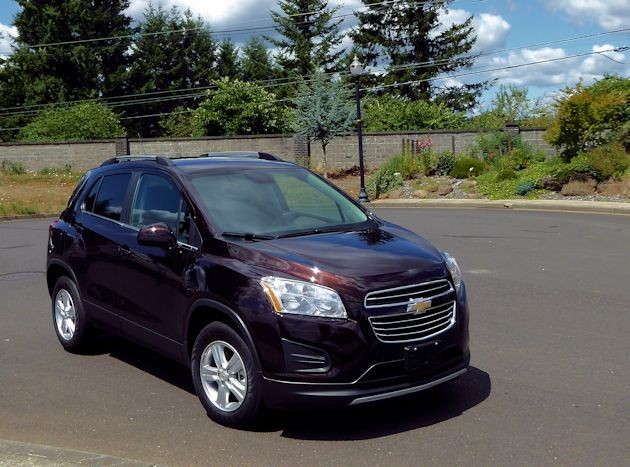 The Trax styling is contemporary Chevrolet with the signature dual-port grille, gold bowtie badge and aggressive wheel arches to give it a rugged look. Appearance options can add front fog lamps and skid plates. 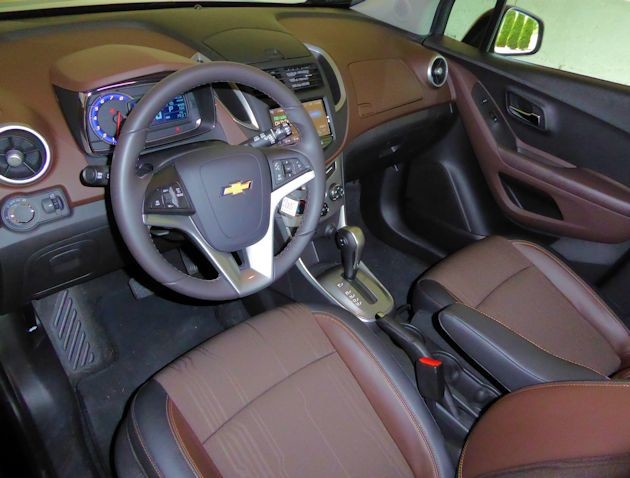 The interior emulates the cockpit styling with an instrument pod that includes a large analog tachometer and large digital speedometer. Chevy?s standard seven-inch MyLink color screen is high on the center stack providing entertainment like SiriusXM satellite radio and links to a variety of other input sources. The screen also provides the picture for the rearview camera and the output for the available GPS navigation system along with links to OnStar and MyLink. 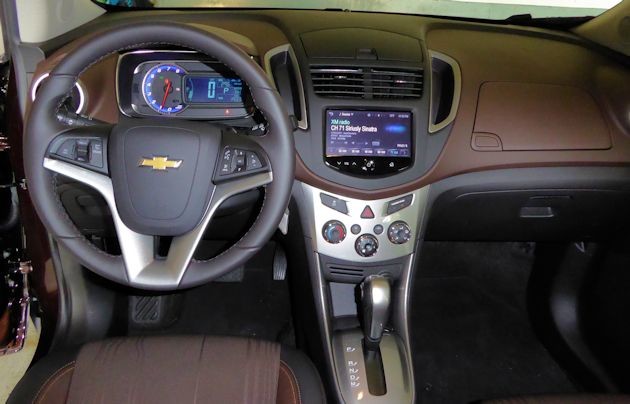 The communications system is available with Siri Eyes Free for iPhones with i06 and i07 operating systems enabling it to use voice-controlled connectivity so the driver can keep his/her hands on the wheel. The available OnStar 4G LTE connection sets up the Trax as a Wi-Fi hotspot allowing the passengers to connect smartphones, laptops and tablets to a high-speed wireless internet connection. 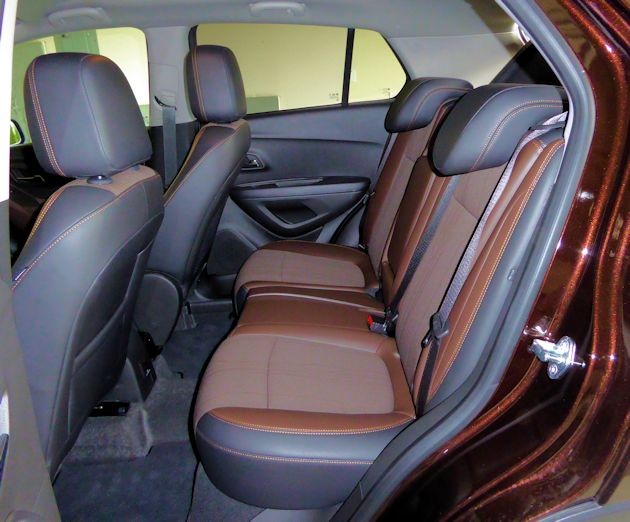 The interior is fairly spacious for a compact crossover with seating for five with plenty of headroom. The seats in our mid-level LT test vehicle provided a comfortable seating position and support were covered good-quality cloth and leatherette. The rear seat has generous head and legroom, but like most compacts, the center position is tight. Cargo space behind the rear seat is 18.7 cubic feet, which is more than most large sedans, and with the rear seatback folded it expands to 48.4 cubic feet when extra cargo space is needed and passengers are not. 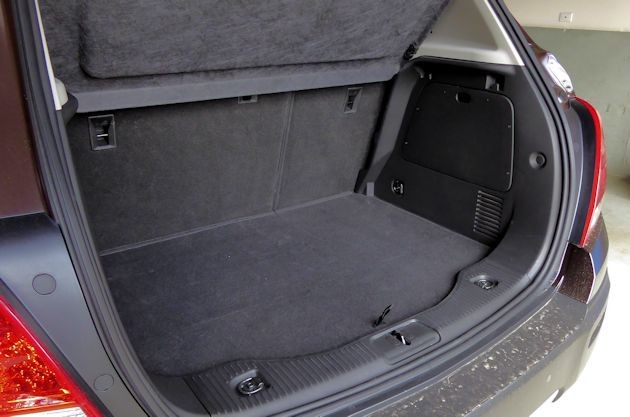 The 2015 Chevrolet Trax isn?t going to win any stop light racing challenges, but it provides an adequate amount of power for the average driver. The engine is dinky, even by today?s smaller engine standards, measuring only 1.4-liters. The little Ecotec DOHC four-cylinder engine is turbocharged, however, and boasts 138 horsepower and 148-lb.ft. of torque. Jogging from 0 to 60 mph will take nearly 10 seconds, making the Trax one of slowest vehicles in its class. The EPA estimates fuel economy at 24 mpg city, 31 mpg highway and 27 mpg combined. We averaged 28.1 mpg during our week behind the wheel. 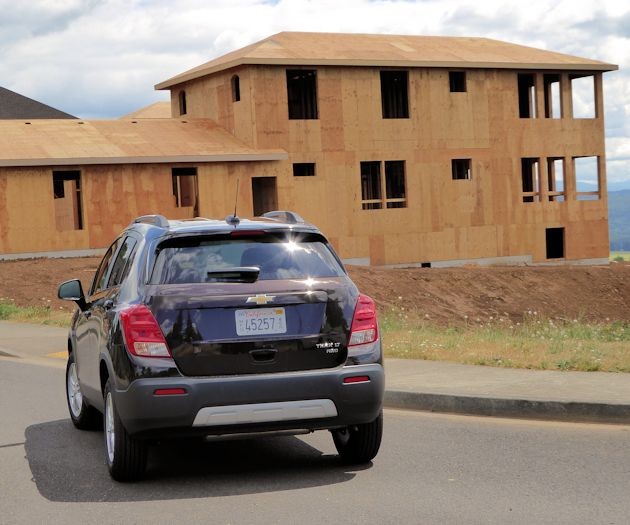 We like that the 2015 Chevrolet Trax has a new standard six-speed Hydra-Matic transmission, instead of a CVT (Continuously Variable Transmission) like most models in this category use. We think it gives the driver better control by using the toggle shifter mounted on the left side of the console-mounted shifter. We would prefer shift paddles or a gated shifter over the toggle, but this is better than not having the ability to shift manually. The standard drivetrain is front-wheel drive, but all-wheel drive is offered on all three trim levels for $1,500. 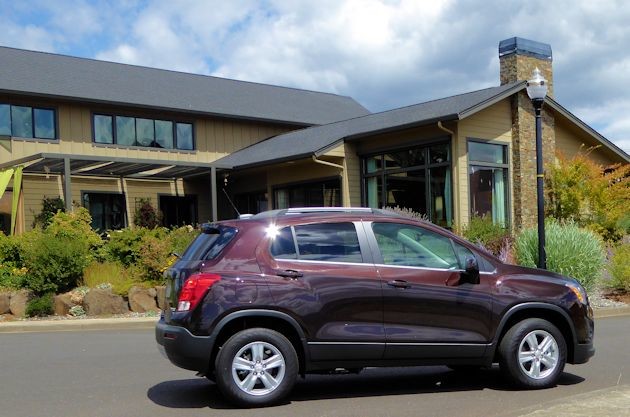 The Trax gets a full load of standard safety equipment including 10 airbags, keyless entry, remote vehicle start, stability control, four wheel antilock disc brakes, rear vision camera and several other important safety aids. It is built with a high-strength steel safety cage around the passenger compartment and received a five-star overall safety rating from the National Highway Traffic Safety Administration and was one of the safest vehicles in its class. It is not offered with features like active cruise control, lane departure warning or blind spot warning, however.

Driving the Chevrolet Trax is enjoyable around town and leisurely cruising on the freeway. It?s agile, moving in and out of tight parking spaces and traffic, but it?s not as entertaining for romps through the mountains mostly due to power limitations. 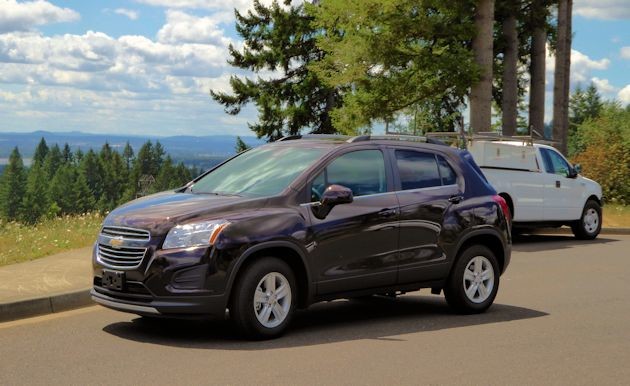 The three trim levels (LS, LT and LTZ) are all well-equipped with all the normal power and convenience features most drivers demand today. Pricing ranges from $23,570 for a front-drive LS and go up to $28,500 for an all-wheel drive LTZ trim. With all the options the LTZ can top $31,000.

We like the 2015 Chevrolet Trax styling, economy, comfort and value. It?s a model that should be on any compact-size crossover shopping list because it will be ?just right? for some shoppers. 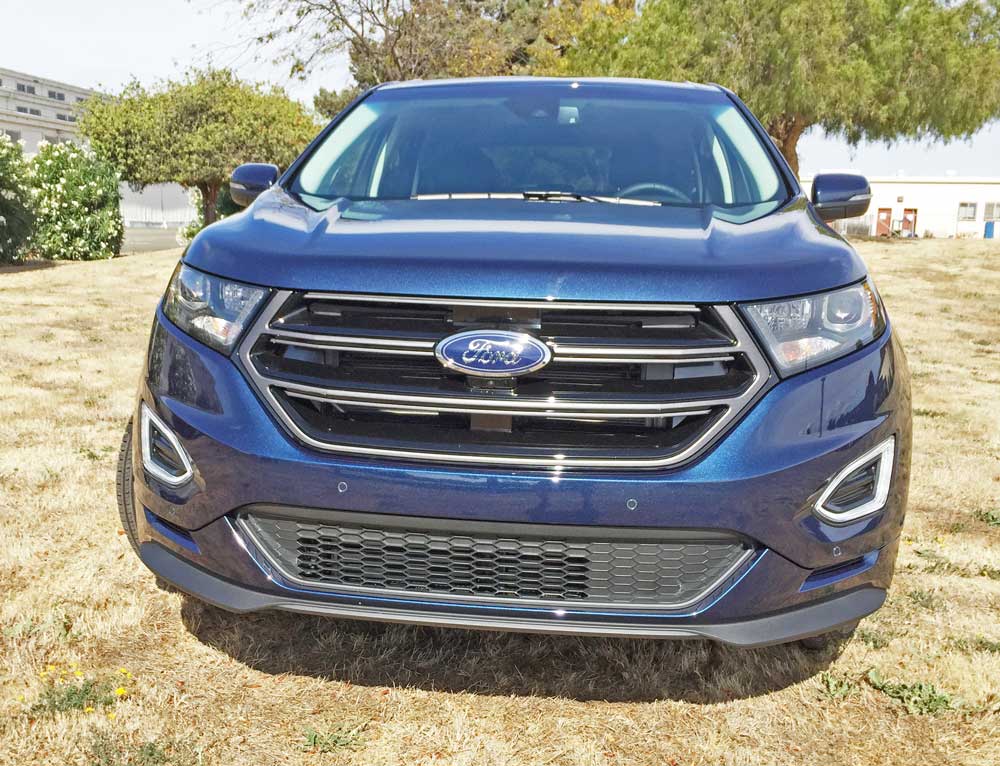