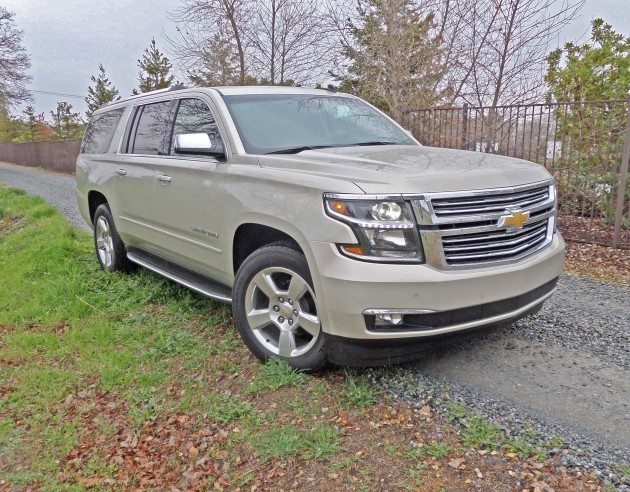 Lake Tahoe, CA. – The Chevrolet Suburban, which happens to be the longest running nameplate in Chevrolet?s history, was first launched in 1935 as an 8-passenger, truck-based station wagon. It is the original SUV, even before the term was coined. A GMC version of the Suburban emerged at a later date and was present until the late 1990s, when the Suburban name was dropped from the GMC lineup and replaced by the Yukon XL moniker and later, the Yukon Denali XL . Now only Chevrolet carries the Suburban designation, and the 2015 Chevrolet Suburban is a good deal larger than that very first 1935 Suburban, and it is also now considerably more functional and refined, with more safety features and a much broader range of up-to-date technologies than its predecessor. It represents the long wheelbase vehicle in Chevrolet?s full size SUV stable, with the Chevy Tahoe filling the short wheelbase slot. 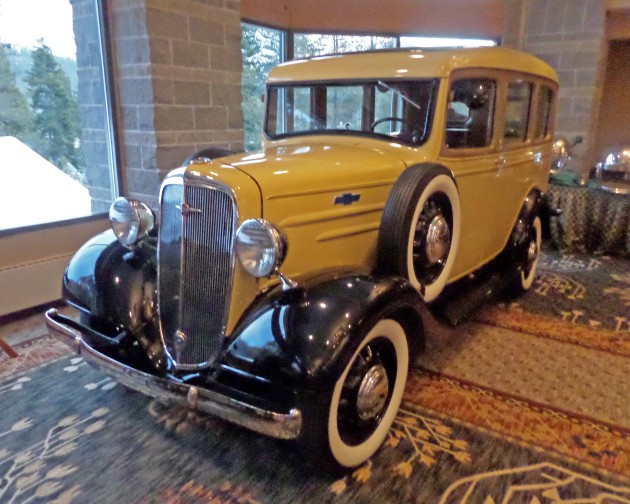 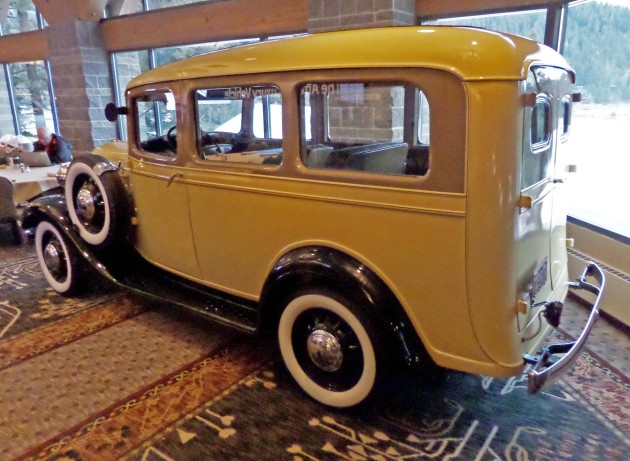 For the sake of comparison, a 1936 model Chevrolet Suburban was on display from General Motors History Center, which no doubt, despite the many improvements over the years to the latest iteration, the classic Suburban is unquestionably worth much more, due to its rarity. Some noteworthy features of the new 2015 Chevrolet Suburban include: an all-new exterior that features inlaid doors that improve aerodynamics resulting in a quieter ride; an all-new cockpit-like interior with increased comfort and added functionality; a new 5.3L V-8 with Active Fuel Management, variable valve timing and direct injection that increases fuel economy by nearly 10-percent; electric power steering and four-wheel-disc brakes with Duralife? rotors; new fold-flat second- and third-row seats with an available power-folding feature; an available power liftgate with programmable height settings; greater connectivity with GM?s available MyLink featuring an 8-inch color touch screen ? and new Text-to-Voice feature or Siri Eyes Free for iPhone; and coming soon, new OnStar 4G LTE with available Wi-Fi hotspot. 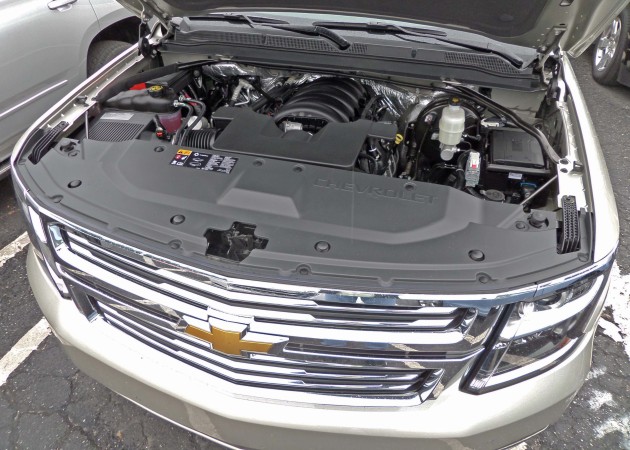 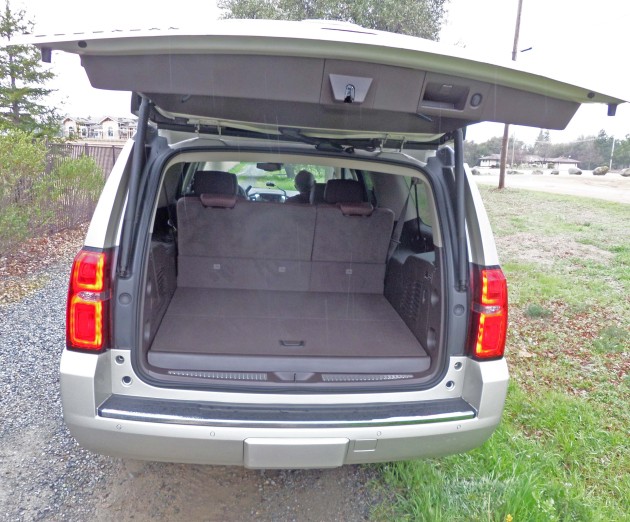 The Chevrolet Suburban is designed with greater security features to thwart theft attempts, including available window break in or glass-break, vertical-movement and interior movement sensors. Along with triggering the vehicles? alarm systems. The Theft-Deterrent Body System features a self-powered horn that sounds an alarm if a thief attempts to steal wheels or tires, or tow or lift the vehicle onto a flatbed truck.

When fully armed by the owner, the alarm emits a high-pitched siren that sounds completely different from the vehicle?s horn. The horn also sounds to alert passersby. A battery pack installed in a hard-to-find (for criminals) and protected location enables the alarm siren to operate for a limited amount of time if a thief tries to cut off the main power source. The advanced theft protection package also includes door shields in the driver?s door, which help block access to those using a ?slim jim?-type unlocking device. Additional anti-theft features include enhanced door security, laminated windshield glass and a steering column lock. All 2015 Tahoe and Suburban models include free-wheeling door lock cylinders that are designed to resist an attempted break in. 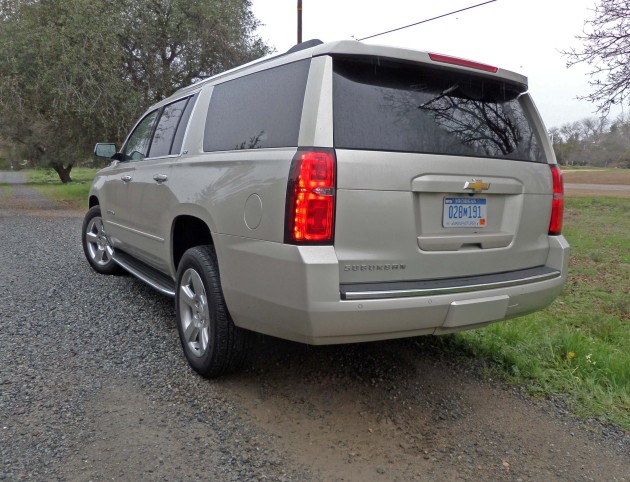 The Chevrolet Suburban will be available in three trim levels: LS, LT and LTZ, with the Suburban delivering up to 121.1 cubic feet behind the front seats, compared to the Tahoe?s 94.7 cubic feet. Suburbans in all trims will be available in either 2WD or 4WD. The exterior design of the 2015 Suburban is more refined and precisely sculpted. No single exterior sheet metal panel or lighting element is shared with Chevrolet?s full-size pickup trucks.

Projector-beam headlamps flank the Chevrolet-signature dual-port grille ? chrome on all models ? and sweep into the front fenders. High-intensity discharge headlamps and light-emitting diode daytime running lamps are included on the up level LTZ model, along with an exclusive chrome grille surround. 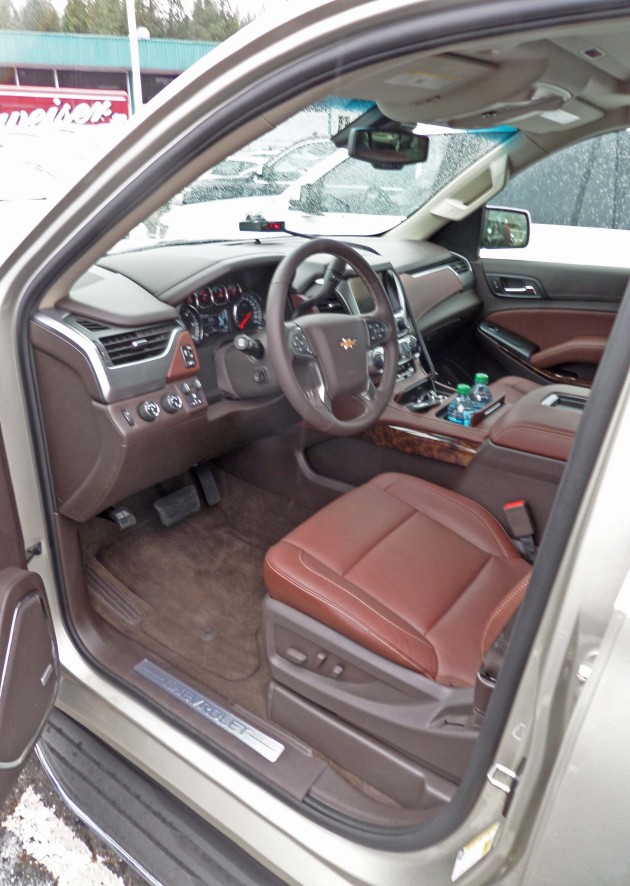 Inside, premium materials and enhanced ergonomics demonstrate the Tahoe and Suburban?s blend of sophistication, craftsmanship and function. A new instrument panel houses an available eight-inch color touch screen radio with a secured storage bin behind the motorized screen The compartmentalized center console is large enough to store a laptop or iPad. Fold-flat second- and third-row seats enhance cargo convenience and add to functionality and versatility, including an available power-folding feature.

My test 2015 Chevrolet Suburban was a pre-production 4WD ? ton model in LTZ trim. It sported a Champagne Silver metallic exterior, with the interior done in cocoa and Mahogany tones. The base price was set at $64,700. Options included: the $3,305. Sun, Entertainment, Destination Package; Adaptive Cruise Control, $1,695.; Max Trailering Package, $500; Theft-Deterrent System, $395.; the Cocoa/Mahogany interior, $295.; and Destination charge, which brought the final price to $71,385.

SUMMARY: The 2015 Chevrolet Suburban definitely does its namesake proud in any of its trim levels in either drive configuration. It is loaded with creature comforts, state-of-the-art technological features that include safety, convenience and connectivity.

It is a large full size SUV, with big capabilities and functionality, but it drives small. The performance attributes are large luxury sedan-like, with satisfying power and acceleration, agile handling and smooth and stable on road manners. It is also off-road capable, but not intended for rock-crawling. 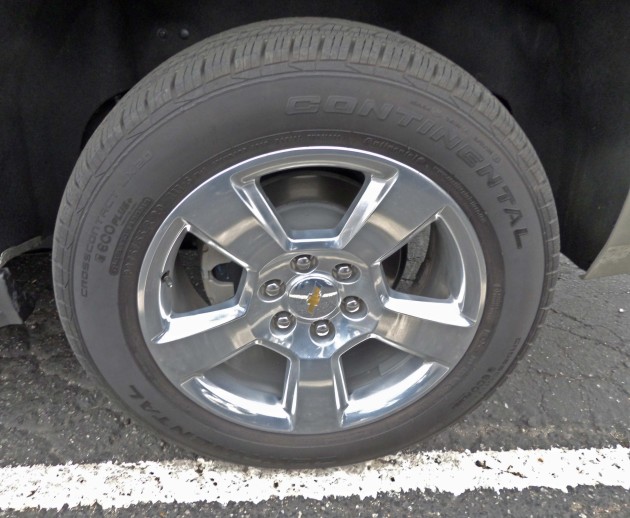 The fit and finish is also what one would expect in a luxurious sedan, with controls and switchgear well placed for intuitive ease of use. Nearly all convenience feature were power, including running boards, folding seats, windows, sunroof, adjustable pedals, outside mirrors, rear liftgate with programmable height adjustment, tilt/telescopic steering column and more. 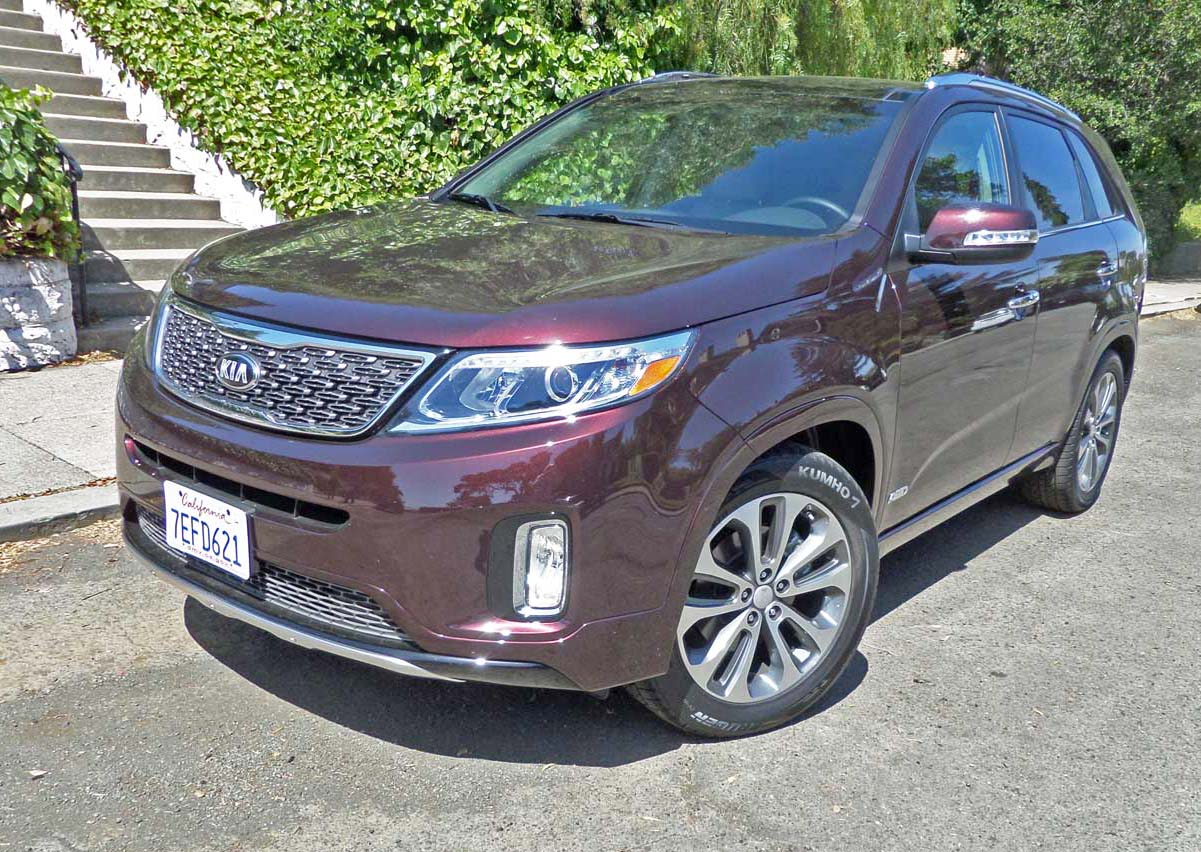 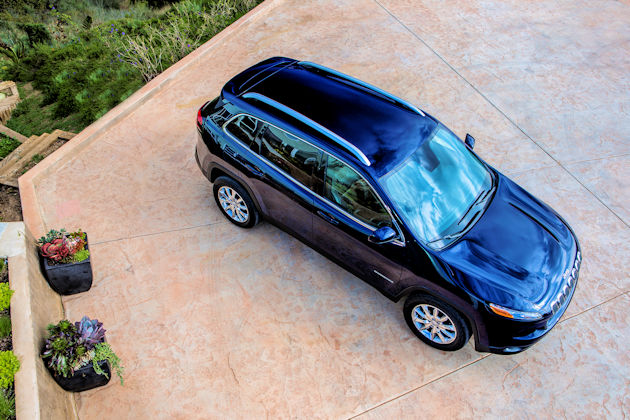