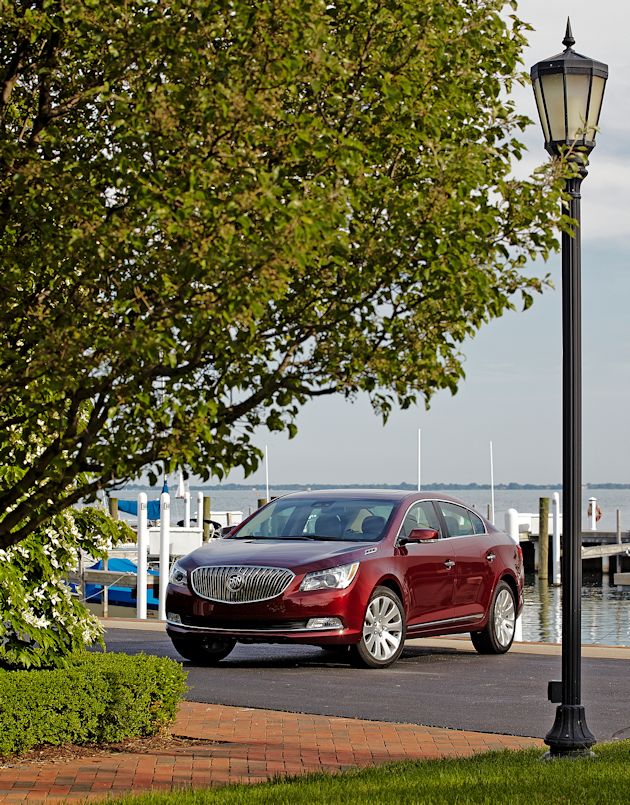 San Jose, Calif. ? I was tempted to tell the valet at the hotel, ?That?s not a Buick? when he brought me the Carbon Black Metallic Buick LaCrosse. I had enjoyed the series of Buick television commercials where people don?t recognize a Buick — I assume, because they looked so good — but wasn?t sure the young man would understand my humor.

I was at the Jeep Renegade introduction in San Jose and thought as long as I was in the ?neighborhood? I would spend a few days with family in the Monterey Bay area. So I arranged to have a 2015 Buick LaCrosse left for me at the hotel. As the driver pulled up I was impressed by the stately elegance of the current flagship sedan of the Buick lineup. 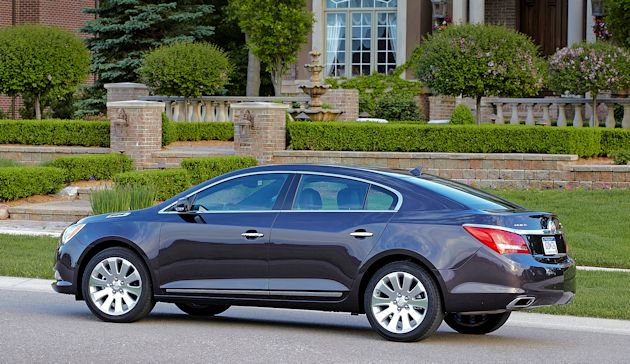 The LaCrosse looks great from its signature waterfall grille and modern interpretation of ?port holes? back over the sculpted sides to the clean contemporary rear fascia and large molded dual exhaust outlets.

The valet stowed my bags in the modest-size trunk (13.3 cubic feet) and I slipped in the luscious soft leather driver?s seat, adjusted the mirrors and steering wheel, clicked on the heated seat and dialed my favorite radio station on the XM Satellite Radio ? Channel 71- Siriusly Sinatra. I pressed the driver memory setting button to store the settings and then I was ready to go. 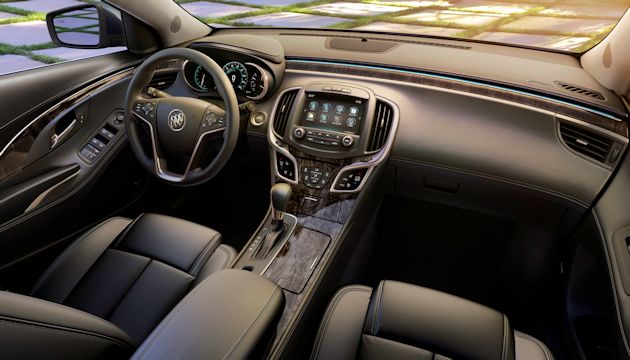 There are certain features (some trivial, some electronic) I?ve gotten used to on new cars and I would insist on them on any new car I would buy. On the trivial list are features like passenger assist handles, well-placed drink holders and sliding or extendable sun visors. The Buick has them all. From the electronics list I?ve become addicted to the rear vision camera, blind spot warning system, adaptive cruise control and navigation. Although navigation is not critical, it certainly helps my confidence level, especially when I?m driving alone in unfamiliar areas. 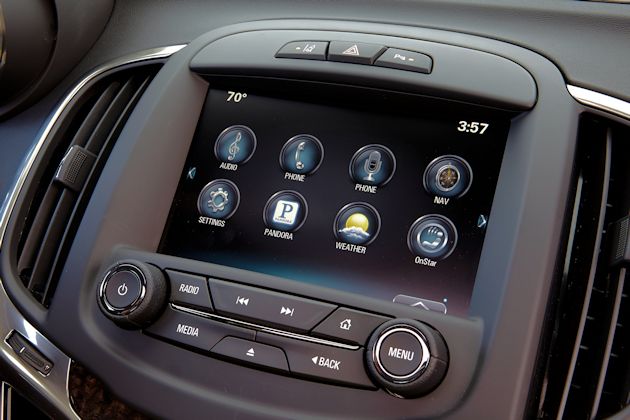 At the top of the Buick lineup, the LaCrosse Premium 2 1SR I was driving had all those features along with a long list of others make driving much more enjoyable. For example, features like the adaptive headlights that turned the direction the car was moving, head-up display so I didn?t have to take my eyes off the road to see certain indicators and ultrasonic rear parking assist. 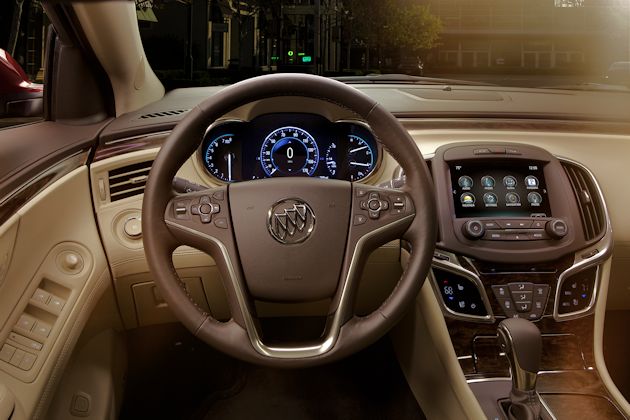 One other interesting feature is the safety seat alert system that vibrates the left or right side of the driver?s seat to warn the driver which direction a potential collision may be coming from. It automatically triggers emergency braking. The system also alerts driver of fast approaching vehicles in the next lane that are up to 230 feet behind the Buick.

As I drove south on Highway 101 from San Jose toward Gilroy I set the adaptive cruise to a comfortable speed and following distance and stayed comfortably with the fast flow of traffic. All I had to do was keep my eyes on the road, steer and sing-along with Frank. 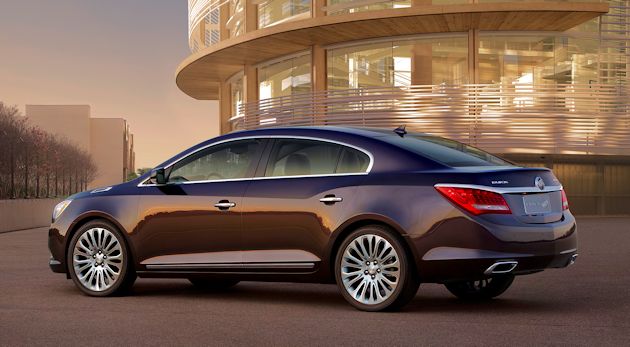 At Morgan Hill I turned west off the freeway and took back roads to Highway 152 so I could go over the Santa Cruz Mountains into the Pajaro Valley on one of my favorite curvy roads ? Hecker Pass. Older Buicks were noted for their soft ?wallowy? rides, but the LaCrosse has a steadier, more solid ride. It felt well-balanced and precise on the tight hairpin corners and on the long sweeping curves. There?s a little body lean on the sharper corners but it feels well-controlled.

The LaCrosse was very quiet on smooth surfaces, but the sound level went up noticeably on rougher surfaces. 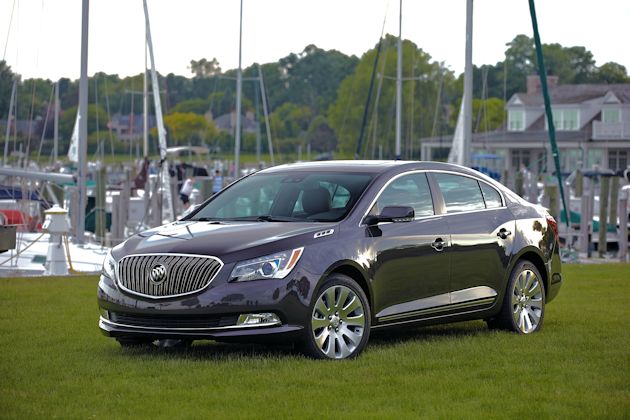 Roads like Hecker Pass often have slow moving traffic, so when one of the opportunities to pass came open, the LaCrosse was able to make the pass quickly with no drama or hesitation. My test car was powered by the optional 304-hp, 3.6-liter V-6 engine with direct injection and double overhead cam with continuously variable valve timing. It accelerates from 0 to 60 mph in 6.8 seconds, I am told. The EPA rates the LaCrosse V-6 at 18 mpg city, 28 mpg highway and 21 mpg combined. According to the trip computer on this car I averaged 24.4 mpg during the five days I drove it.

Front-wheel drive is standard, but the V-6 engine is also available with an advanced Haldex all-wheel-drive system with electronic limited slip differential that automatically distributes torque based on vehicle speed, throttle position and individual wheel slip. 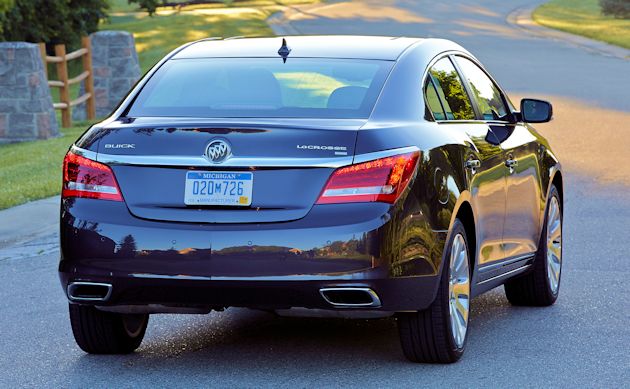 The standard LaCrosse engine is Buick?s innovative 182-hp 2.4-liter four-cylinder with eAssist technology. It combines the Ecotec 2.4-liter four-cylinder gasoline engine with a light electrification technology which provides power assistance to the gasoline engine for better performance, and allows the engine to shut down fuel delivery during certain deceleration situations or at a stop. This is not a hybrid that can run on the electric motor alone, it only assists to improve performance and fuel economy. Both engines are mated with six-speed Hydra-Matic transmissions. The eAssist drivetrain has a fuel economy rating of 25 mpg city and 36 mpg highway.

Since it was introduced in 1997, I?ve thought OnStar is one of best safety devices included in cars. The electronic communication service has been constantly improved with new features. For 2015, Buick has added a standard built-in Wi-Fi hotspot, IntelliLink with Text Messaging Alerts and Siri Eyes Free. This provides a mobile Internet hub for drivers and passengers to connect to the Internet. The hotspot is ?on? whenever the vehicle is on and comes with a three-month/three-gigabyte data trial, after which the owner can purchase additional data. Even though I am not a ?techie?, my husband Bill tells me that?s a good thing. 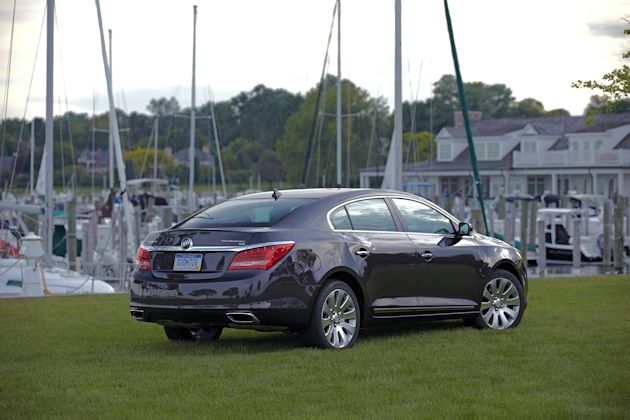 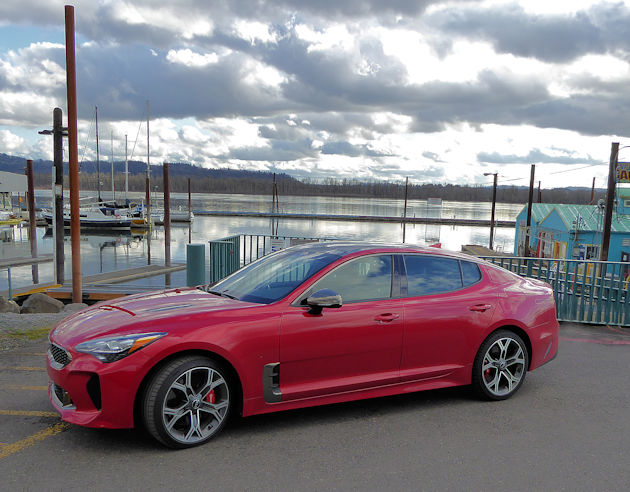 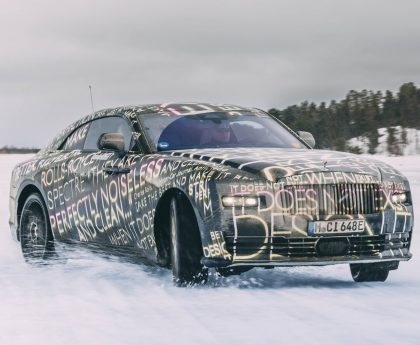