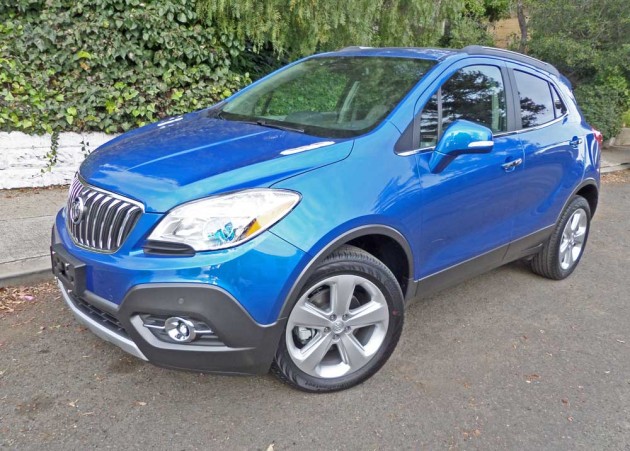 For Buick fans who don?t want or need a vehicle as large as the Enclave, Buick bowed with a right-sized option in 2013 in the form of the all-new Encore 5-passenger Crossover vehicle. The 2015 Buick Encore comes across initially as a mini Enclave anyway (an intentional styling move according to members of the Buick design and marketing teams). Buick?s goal and focus with the Encore is to appeal to fuel economy conscious consumers who also desire a more compact packaging without sacrificing luxury, functionality and versatility. 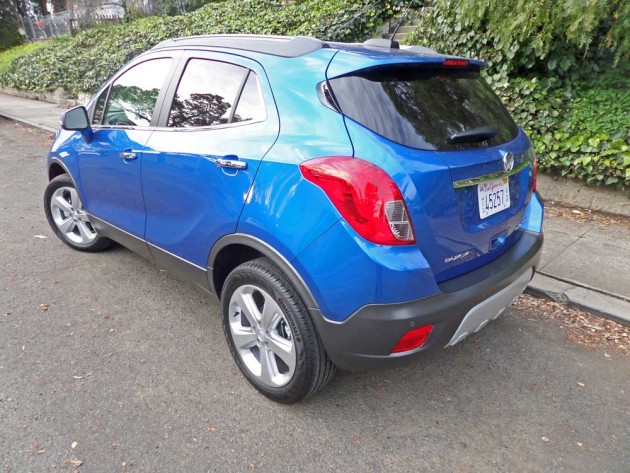 The Buick Encore continues to come in four levels of trim content including: 1SB ? Encore?s base model with standard features including QuietTuning with Bose Active Noise Cancellation, 18-inch wheels, a rearview camera and a seven-inch, high-resolution, full-color display radio with IntelliLink connectivity; 1SB with the Convenience Group adding dual-zone climate control, a 120-volt outlet, an auto-dimming rearview mirror, remote start and fog lights; 1SL – Encore with the Leather Group with all of the above features plus leather-trimmed upholstery, heated front seats, a heated steering wheel, a power passenger seat and driver?s seat memory functions; and finally, 1SN – Encore?s Premium Group including all content from the Leather and Convenience Packages, along with front and rear park assist, Forward Collision Alert with Lane Departure Warning, a seven-speaker Bose premium audio system with a subwoofer, rain-sensing windshield wipers, a cargo net and area cargo mat. Standard features include 10 air bags, StabiliTrak stability enhancement and technologies such as Buick?s voice-activated IntelliLink and the new OnStar 4G LTE. 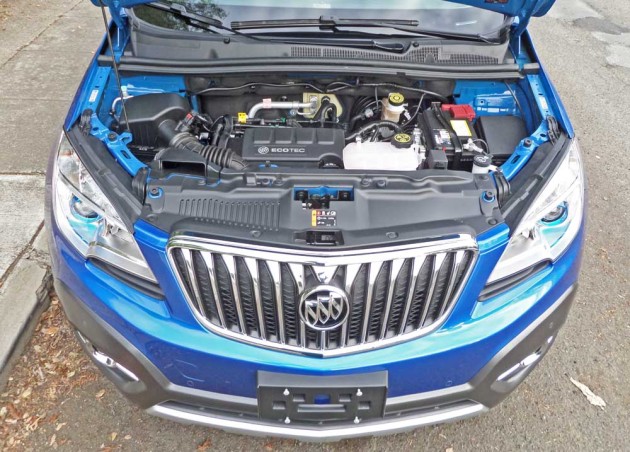 All Encores are available in either a Front-wheel drive configuration or All-wheel Drive configuration (AWD is an option with an anticipated 25-30% take rate), and will draw their motive force from a fuel efficient 1.4-liter, DOHC, 16-valve Ecotec Turbocharged, inline 4-cylinder engine with sequential Multiport Fuel Injection and Variable Valve Timing that produces 138 horsepower at 4,900 rpm along with 148 pound feet of torque at 1,850 rpm. Power is transferred to the driving wheels via an electronically controlled six-speed automatic with overdrive, including Driver Shift Control via a thumb rocker switch atop the shift lever (AWD models only). The engine is positioned forward in a transverse orientation. Encore is a fuel-efficient crossover, with an EPA-estimated 25 mpg city and 33-mpg highway for front-drive models. All-wheel Drive models will be rated at 23-mpg city, and 30-mpg highway. 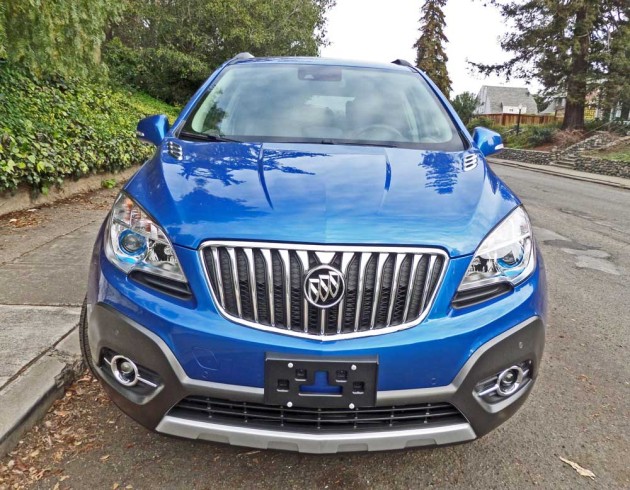 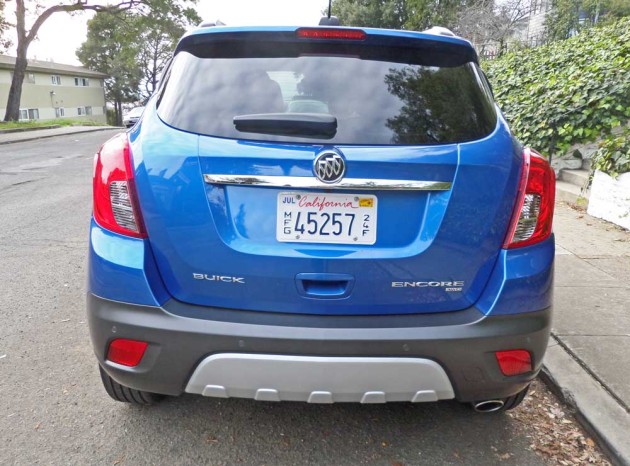 Moving to the inside, the Encore?s distinctive exterior styling cues carry over to a flowing instrument panel that wraps gracefully into the door panels. A prominent central instrument panel houses a voice-activated infotainment system featuring a seven-inch, high-resolution, full-color display for the standard IntelliLink system. It also features displays for the SiriusXM satellite radio and standard rearview camera, along with an available GPS-enabled navigation system. There are also 2 glove boxes. 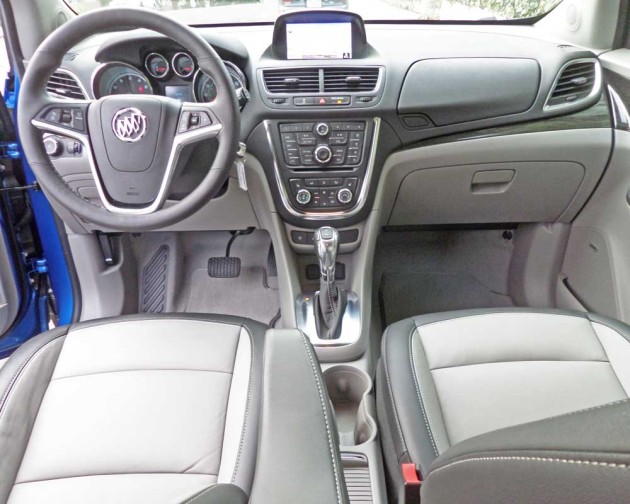 The cabin is distinguished by an all-Ebony or a contemporary blend of dark and light tones accented with ice-blue ambient lighting, and a select use of bright chrome and faux woodgrain trim accents. The premium seats are constructed of high-density foam for enhanced comfort. They come trimmed in either a contemporary cloth/leatherette or in available premium leather. A 60/40 flat-folding rear seat features a fold-down armrest with cup holders. Interior upholstery and color combinations include a choice of Ebony or Medium Titanium with Ebony accents; and leather-appointed seats appear in a choice of Ebony, Medium Titanium with Ebony accents, and Saddle with Cocoa accents. 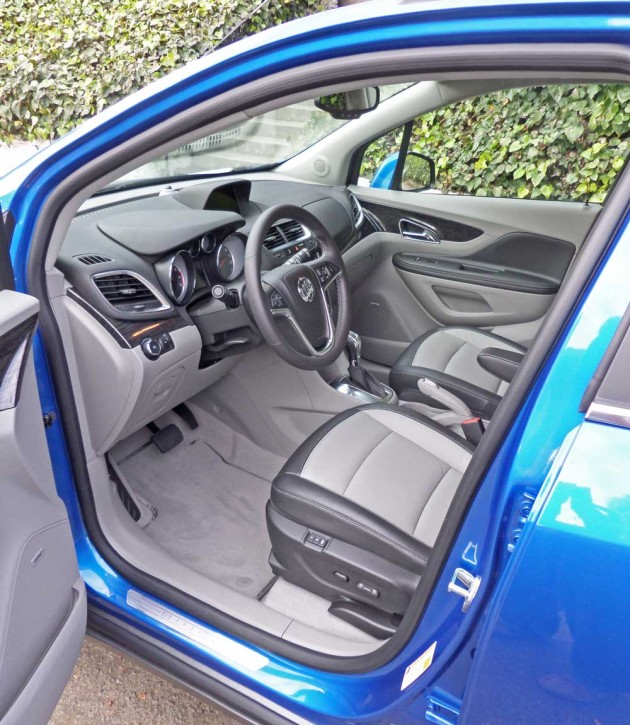 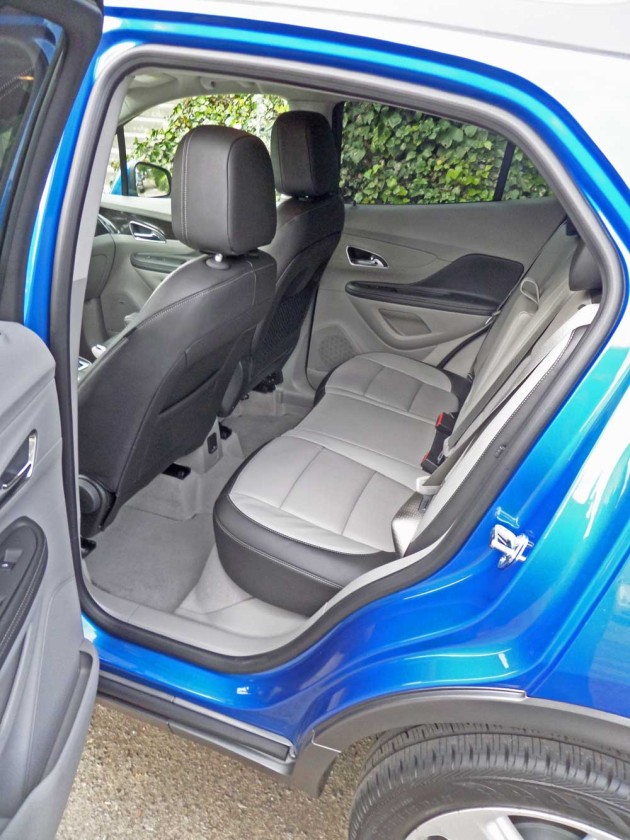 Encore provides ample storage, including eight beverage holders, storage in all four doors, four dash bins, seatback pockets, an available bin beneath the passenger seat and bins under the rear load floor around the spare tire. It offers 18.8 cubic feet of storage behind the split-folding rear seat and 48.4 cubic feet with the rear seat folded flat. Even with the rear seat in place, there?s room for at least six full grocery bags. When the rear seat is folded, there?s room for golf clubs and overnight bags for a weekend getaway. The front passenger seat folds flat to extend the cargo length and accommodate longer items. 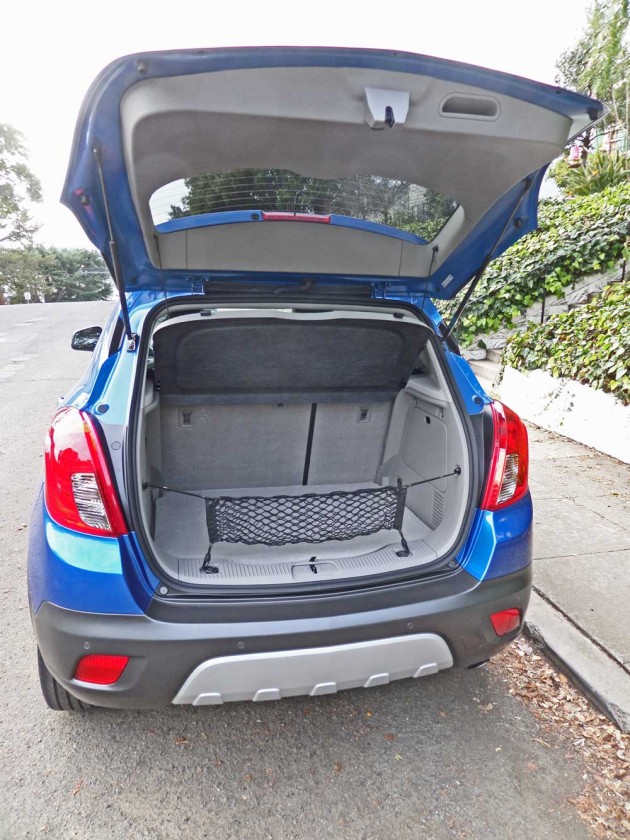 My test 2015 Buick Encore was an AWD model in the Premium Group that sported a Brilliant Blue metallic exterior with a Titanium and Charcoal toned interior. The base sticker was set at $30,935., while options elevated the final total to $32,595.

SUMMARY: The 2015 Buick Encore will likely prove to be the ideal size for many consumers, not to mention perhaps the perfect size, with all the right features at an almost unbelievable price point considering the high level of desirable feature content.

There were some fellow auto journalists who felt that the 1.4-liter turbocharged four-banger was lacking in power. Admittedly, 138 horses an 148 pound feet of torque are not staggering, but I found the performance to be quite adequate for its intended audience and purpose. The transmission shifts smoothly even in manual mode, but I would have preferred paddle shifters, 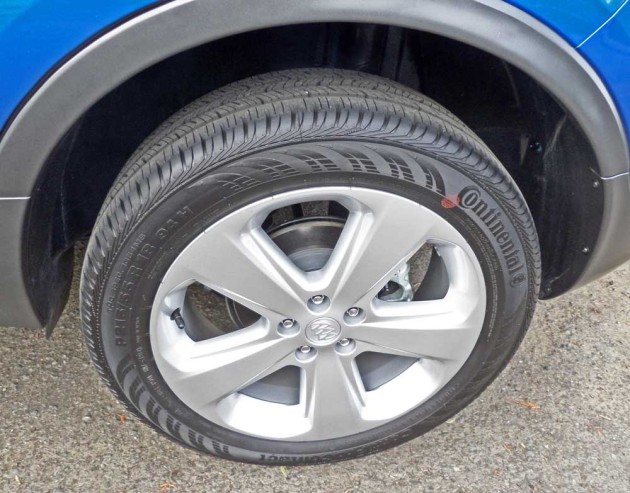 Another issue arose as questionable – the Bose noise-canceling sub-woofer that was mounted inside the spare tire, required removal to access the spare. An issue in earlier model Encores was the lack of sliding visor extenders, which has now been resolved. The addition of a secondary, fold-down visor would prove to be a safety benefit as well – not just in the new Encore, but also in all vehicles.

In the final analysis, the 2015 Buick Encore AWD Premium serves up a winning package – as popular or more so, as its European counterpart – the Trax, which has now come to our shores. Both are based on GM?s global Gamma platform. The Encore is built in Bupyeong, South Korea. 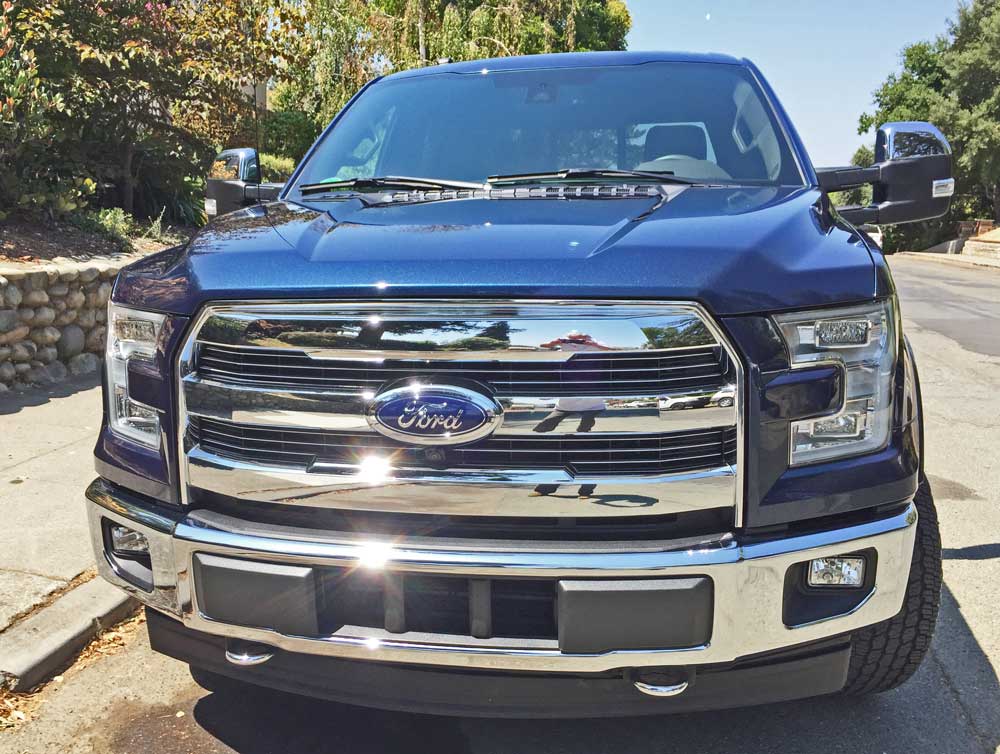