Simply chose your number of doors

With the exception of the door count and the slight difference in the greenhouse contour or roof line (which feature different ?C? pillar configurations), both the M3 Sedan and M4 Coupe also share the same design and overall styling cues. Both vehicles sit low over the wheels and tires, showcasing low sculpted, sloping hoods with a centered power dome and short front overhangs. Both cars display a forward rake in their stance, and both feature short rear decks.

Up front, the almost ?cat-eye? headlamp assemblies wrap from the sides and into the sleeker, yet familiar twin-kidney grille, which is centered above the large horizontal center air intake, flanked by two sculpted outer openings. The vertical grille bars are now finished in black.

Power for both the M3 and M4 marks a return to the inline 6 cylinder format made famous by BMW M but is now generated by an all-new 3.0-liter, DOHC, 24-valve in line six featuring VANOS, Valvetronic, two single scroll turbochargers and High precision direct injection. The engine cranks out 425 horsepower in a range from 5500-7300 rpm, while developing 406 pound feet of torque from 1850-5500 rpm. Motive energy is routed from the longitudinally mounted front engine to the rear driving wheels through either a standard 6-speed manual gearbox or a 7-speed M-DCT automatic transmission with Drivelogic.

Weight was trimmed from the cars by incorporating the use of carbon fiber (CFRP) for the roof inner hood and inner trunk liner, as well as the driveshaft and front strut brace. Suspension links are now made of aluminum. The new cars now tip the scales at 40 percent less than their E 36 M3 predecessor. The suspension componentry for both cars consists of adouble pivot spring strut front axleand anti-roll bar forward and a Five-link independent rear axle.

The Electric power steering is unique in that it provides three driver settings as standard fare at the touch of a button: Comfort, Sport and Sport +. There is also an optional Adaptive M suspension that serves up the same three variations in damping. Bringing the M3 and M4 to a halt are power-assisted four-wheel vented discs with ABS, DSC, ASC, DTC, DBC, CBC, Start-Off Assistant and electronic limited slip function for the Active M differential that employs an electronically controlled multi-plate limited-slip unit to optimize traction and directional stability.

The front seats also display a representation of BMW M?s motor sport DNA, taking inspiration from racing car bucket seats, and featuring a full-size single-piece back panel. The seat construction is very flat, with high, width-adjustable side bolsters and a low-set seat surface allowing for an optimum seating position that provides ideal support. Despite sporty design, the BMW M sports seats may be outfitted with comfort-enhancing features such as electric adjustment and heating. On the seat surface, the stitching, upholstery segmentation and perforation give the seats a slim-fitting feel. Illuminated for the first time, the BMW M logo on the seat backrests adds a trick new and exclusive highlight.

Both the new BMW M3 Sedan and new BMW M4 Coupe leave the factory with an extensive inventory of equipment and features on board, reflecting their character as performance-oriented vehicles that also offer practical, everyday usability. An extensive range of optional equipment is available to give the high-performance sports cars an enhanced and uncompromising sporting edge, pushing their comfort levels to the maximum.

During the North American Press launch, journalists were given the opportunity to pilot all configurations (6-speed manual and 7-speed M-DCT automatic with Drivelogic) of the M3 Sedan and M4 Coupe on roads around Elkhart Lake, Wisconsin and on the legendary Road America track. I drove both a BMW M4 Coupe with an exterior sprayed Sakhur Orange metallic, and an M3 sedan with an exterior finished in Marina Blue metallic. Only the basic pricing was available, with no Monroneys to reflect unspecified options. Base Price: $62,000 ? M3 Sedan / $64,200 ? M4 Coupe. Price as Tested: $62,950 ? M3 Sedan / $65,150? M4 Coupe * No Monroneys were available and various options were not specified, thus their pricing is not included.

SUMMARY: Perhaps the headline suggesting ?Simply chose your number of doors? is a bit overstated, as there are certainly several available options to enhance performance, comfort and convenience factors.

The return to an inline six-cylinder M-powered engine that pumps out the impressive levels of horsepower and torque served up by this high-revving 3.0-liter powerplant featuring VANOS, Valvetronic, two single scroll turbochargers and High precision direct injection makes a bold statement. Acceleration is stellar and the sound produced is musical through the twin dual exhaust.

The 6-speed manual gearbox is delightful, with its throttle blipping, but the results delivered by the 7-speed M Double Clutch automatic with Drive Logic and Launch Control are superior to any possible human input.

Handling properties are crisp, enhanced by the reconfigurable Electric Power Steering. The new Adaptive M suspension enhancements deliver a flat, stable and controlled ride in the spirited driving scenarios provided by the legendary Road America circuit. The principles of physics can?t be overlooked or overcome by overly exuberant driving practices ? it?s extremely important to operate within one?s level of expertise with cars the caliber of the M3 and M4. A couple of journalists found this out the hard way.

Despite the high performance capability of the M3 and M4, connectivity and entertainment are not forgotten, with a wide variety of driver assistance programs and mobility services introduced under the BMW ConnectedDrive feature, some of which will already be familiar from the regular BMW 3 Series and BMW 4 Series models. Included among the highlights are a new generation of the Navigation system Professional, offering extra capability, sharper graphics and 3D elements for the map display, Active Driving Assistant, which warns the driver of a looming collision with a pedestrian, and the adaptive full LED headlights. An optional Head-Up Display in the BMW M3 and BMW M4 comes with additional, M-specific functions such as a gear display, rev counter and Optimum Shift Indicator.

In the final analysis, the BMW M3 Sedan and BMW M4 Coupe both fall into BMW?s ?Ultimate Driving Machine? mantra. They are equally capable in terms of performance and in their aesthetic appeal, and are definitely worthy of their M status. No combination of M&Ms is sweeter – Plain or Peanut.
[wptabs style=”wpui-light” effect=”slide” mode=”horizontal”]
?[wptabtitle] SPECIFICATIONS: 2015 BMW M3 Sedan and M4 Coupe [/wptabtitle]
?? [wptabcontent] 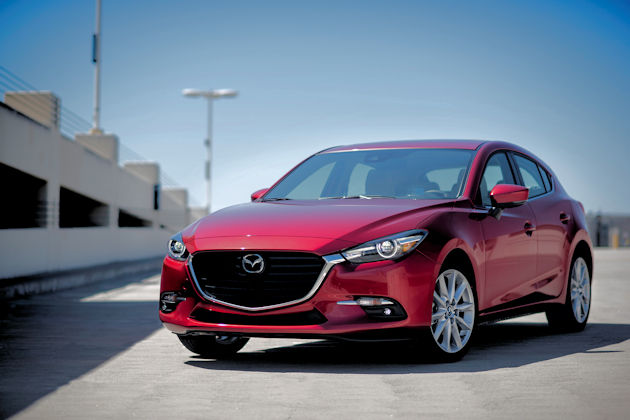 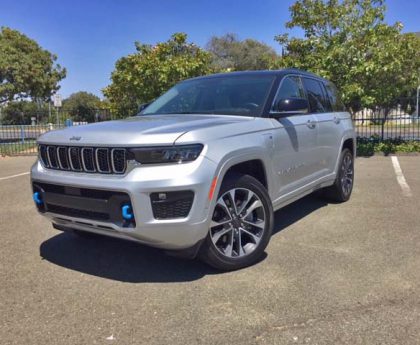