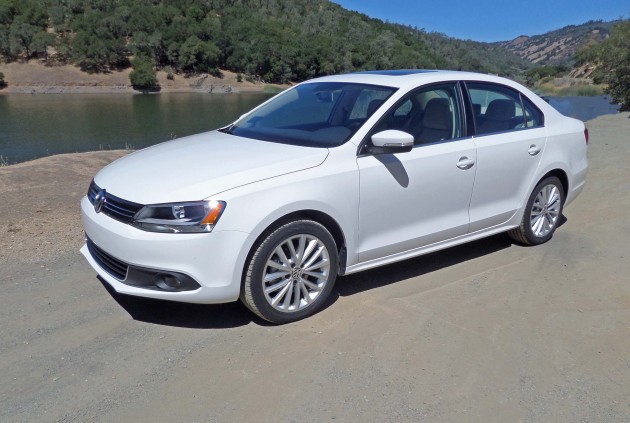 The Jetta has remained Volkswagen?s best-selling car, three years after the sixth generation vehicle was first introduced in the U.S. marketplace as a 2011 model. Not one to rest on their laurels, the German automaker strives continuously to improve upon its products. The 2014 Volkswagen Jetta is the proof in the pudding.

As with its larger sibling, the Passat, the 2014 Volkswagen Jetta will gradually replace its existing 2.5-liter, five-cylinder engine in the SE and SEL trim levels with the new EA888 Gen 3 1.8T four-cylinder engine that delivers the same horsepower (170) hp, along with 184 pound feet of torque for a plus of 7 lb-ft., while offering an increase of 5 mpg in EPA estimated highway fuel economy with a six-speed automatic transmission. EPA estimates for the new 1.8T four-banger are 25 mpg in the city and 36 mpg on the highway, running on regular unleaded gasoline. 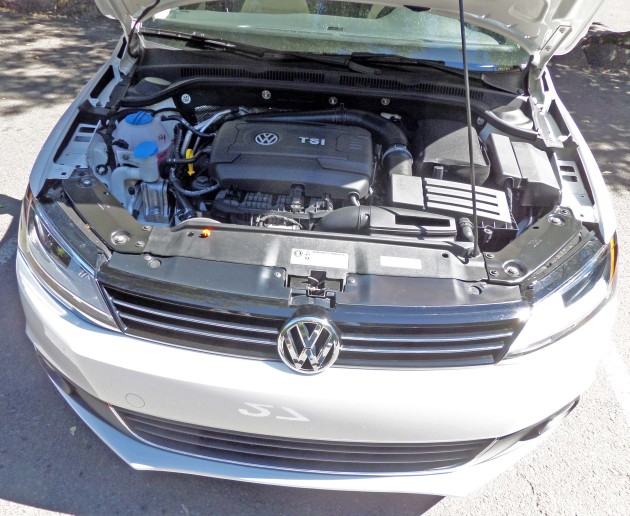 Along with the Passat, the New Jetta features an electric steering assist, replacing the hydraulic power-assisted rack-and-pinion steering on models with the 1.8T engine in line with the TDI and GLI models. All 2014 Jetta models also now have a multilink rear suspension, which is a replacement for the torsion-beam configuration on the 2.0L S, 2.5L SE, 2.5L SEL, and TDI Clean Diesel models.

The new Jetta delivers what marketing ?suits? refer to as ?Class-up appeal?, which is the practice of providing more content for less expenditure. The 2014 VW Jetta is essentially a redesigned car that?s bigger than before. It features a longer wheelbase as well as 2.9 inches added to the overall length. The increased dimensions allowed designers to incorporate clear, precise lines and muscular surfaces, intended to impart a timeless elegance, while offering the impression of a car from a higher class

Up front, the windscreen displays a coupe-like incline, with the consistent use of horizontal lines defining the Jetta?s fresh new design. The grille?s horizontal blades, together with the blades in the lower intake, were designed to make the Jetta appear wider and more dynamic. 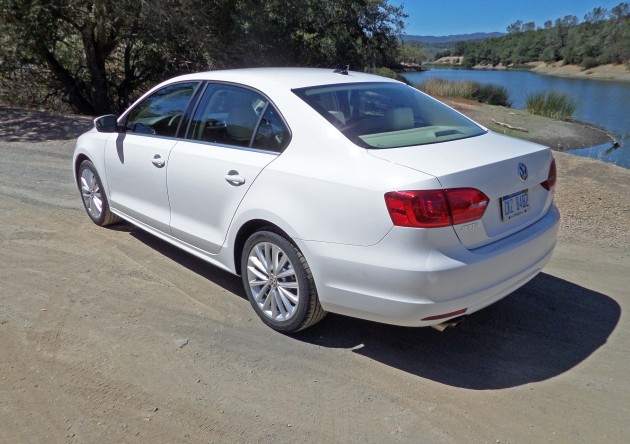 Volkswagen brand?s head of design, Klaus Bischoff and his team created a pronounced character line to break-up the tall body sides of the 2014 Jetta, that is referred to as a ?tornado? line, which cuts through the large body-side surfaces, running as a sharp crease from the rearmost edge of the headlight, along beneath the windows, and fading as it reaches the rear lights. The base of the doors is eased outwards to add visual weight to the lower part of the vehicle and to impart a sense of the car being ?planted? to the road,. The pronounced wheel arches also contribute to the visual sense of width and weight.

The GLI model features a more dynamic look than the regular Jetta, courtesy of its honeycomb grille, a deeper front spoiler, and GTI-style vertical foglights and red-painted brake calipers. In the rear, are smoked taillights and dual exhaust tips. On the Autobahn with Navigation trim, Bi-Xenon headlights with LED DRLS add to the sporty exterior flavor. The Jetta GLI offers striking 10-spoke 17-inch alloys as the standard wheel, with a wide-spoke 18-inch design for the GLI Autobahn model. 18-inch ?Motorsport Black? rim are available as an option on all GLI models. 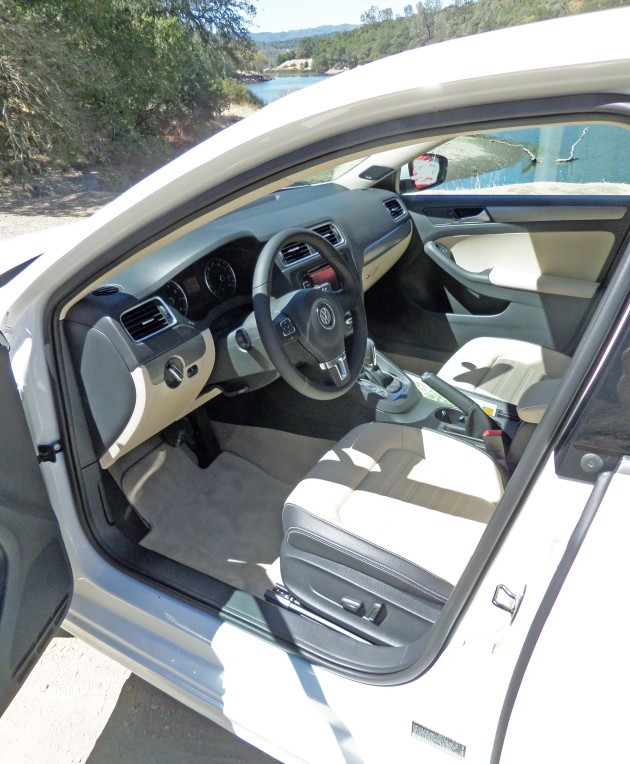 Moving to the interior, VW?s Media Device Interface (MDI) cable has been repositioned from the glovebox to the center console. SEL, TDI with Premium, and TDI with Premium and Navigation trims are given a rearview camera, and SE with the Connectivity and Sunroof adds Keyless access with push-button start. A Nav system and automatic gearbox are now standard fare for the SEL. And finally, Volkswagen introduces its VW Car-Net? connected services for the entire Jetta lineup this fall.

My test 2014 Volkswagen Jetta came in SEL trim wearing a Candy White exterior and sporting a 2-tone Cornsilk leatherette interior. The base sticker read $25,590, which came to $26,410 after adding the Destination charge.

SUMMARY: Driving the 2014 Volkswagen Jetta SEL serves up an experience that is quite pleasant. The quality of the ride is very comfortable without being either too soft or too firm. Handling attributes belong in the Sporty column with a pleasing level of agility noted during spirited maneuvers.

Safety features for the 2014 Volkswagen Jetta include: driver and front passenger front and side thorax airbags and Side Curtain Protection? airbags front and rear. There is also a standard suite of advanced electronic safety aids, such as Anti-lock Braking, Electronic Brake-pressure Distribution, Electronic Stability Control, and Hydraulic Brake Assist. Volkswagen?s Intelligent Crash Response System reacts instantly in a collision when the airbags are deployed, unlocking the doors, turning off the fuel pump, and activating the car?s hazard lights. The 2014 Jetta is covered under the no-charge Carefree Maintenance Program, with scheduled maintenance covered for two years or 24,000 miles, whichever comes first. 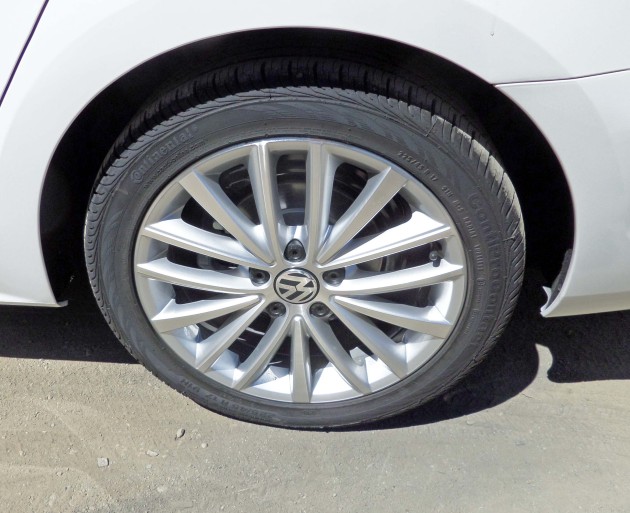 Bottom line, the 2014 Volkswagen Jetta SEL is an attractive, if not emotionally stirring four-door sedan that is affordable. It represents a definitive step in the right direction toward a more efficient vehicle. As Volkswagen?s best-selling vehicle to date, it is surely destined to continue in its title role, with its extensive model selection offerings, where there should be something to please nearly everyone. 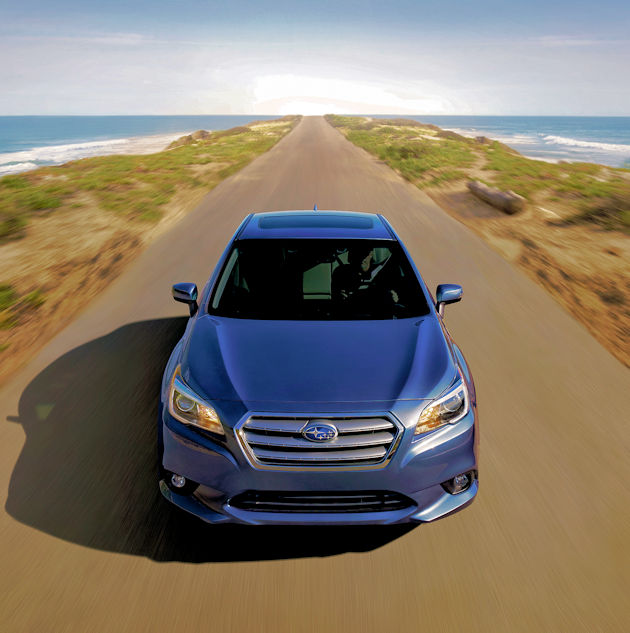 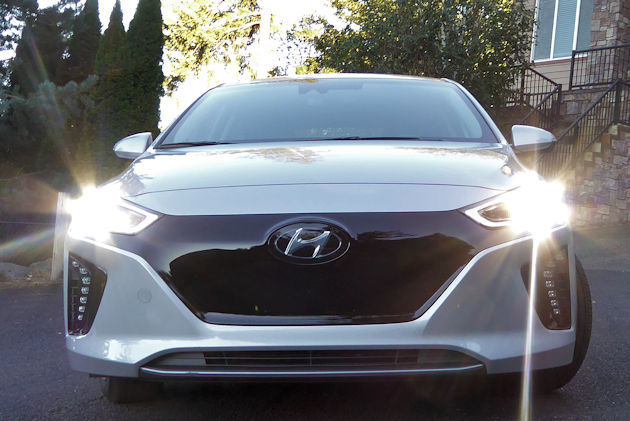