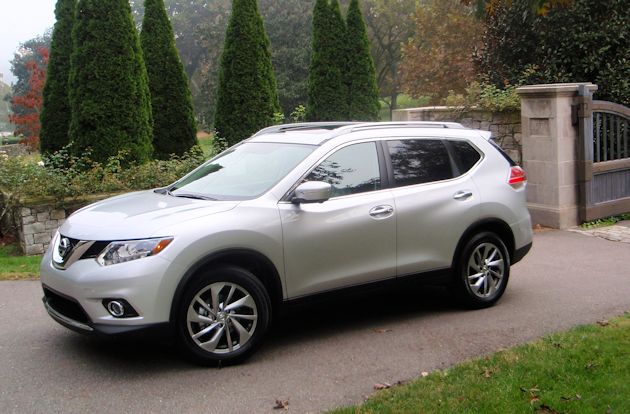 Nashville, Tenn. ? Driving around a figure-eight course at about 20 to 25 miles per hour certainly doesn?t seem like much of a test, but when the asphalt gets a liberal dose of water, it suddenly becomes a bit more of a challenge. At that speed, the 2014 Nissan Rogue starts to squirm and feel ?loose? circling the tight track. With each lap I take, I?m expecting it to slide out control and into the barricade?s encircling the tight cone-defined course. However the point of the exercise is quickly revealed when I pushed a button on the steering wheel that activates the Active Trace Control (ATC) using the steering wheel-mounted controls.

Retrying the course with the ATC activated the Rogue felts more sure-footed, even at a higher speed. The ATC, which is essentially a sophisticated stability control system Nissan Calls Vehicle Dynamics Control. It also provides a much improved handling quality when driven at similar speeds around a tight circle, also on wet pavement. These exercises along with a drive through the Nashville countryside were part of my introduction to the 2014 Nissan Rogue. 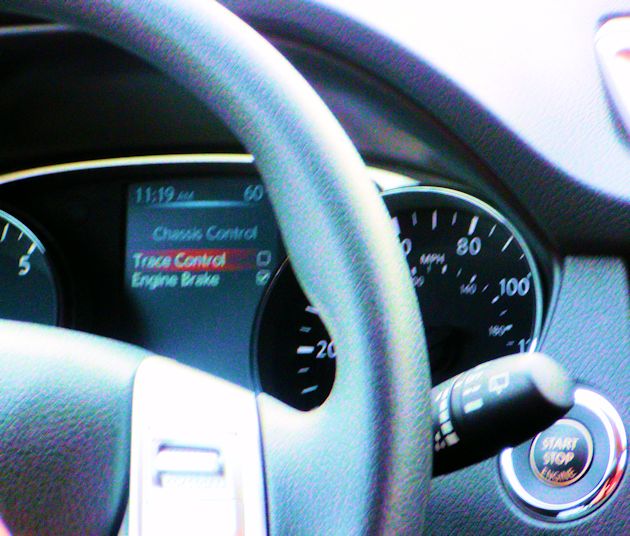 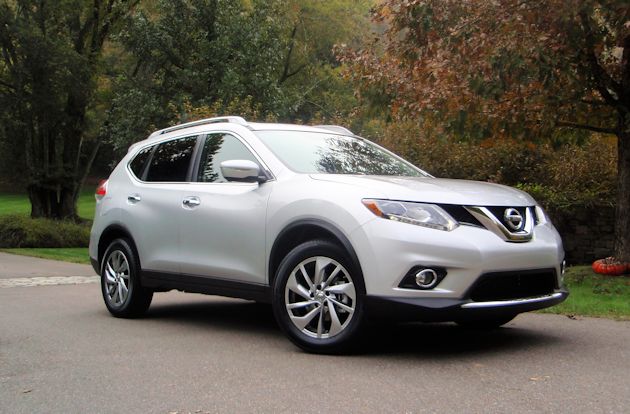 Totally redesigned and re-engineered for 2014, the Nissan Rogue is a product of Nissan?s Common Module Family architecture that it shares with parent company Renault. The platform allows Nissan to add efficiencies of production and keep prices down.

Nissan Design chief Taro Ueda says the new Rogue uses a series of dynamic lines to convey strength and clarity with a premium look to both the exterior and interior. The final product, which uses a combination of aluminum, composite and high strength steel is lighter and significantly more aerodynamic vehicle than the previous generation. 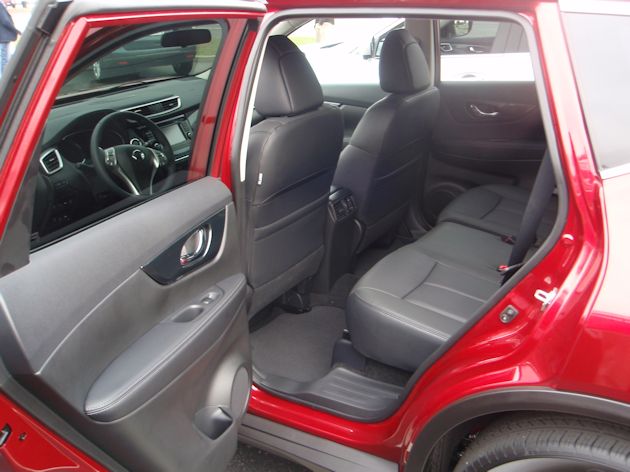 One simple feature I found very useful was the rear doors that open wider (to 77 degrees) to provide easier access to the back seat. Owners will appreciate all the extra thought put into the new Rogue with features like this.

Another design feature that especially caught my attention was the cargo space that can be reconfigured 18 ways to maximized capacity. It uses partitions, multiple levels and hidden compartments. It also includes easy-to-take-out-and-clean liners to carry wet or dirty cargo. This system would be perfect for grocery shopping, so I could keep the watermelon from rolling into the eggs. 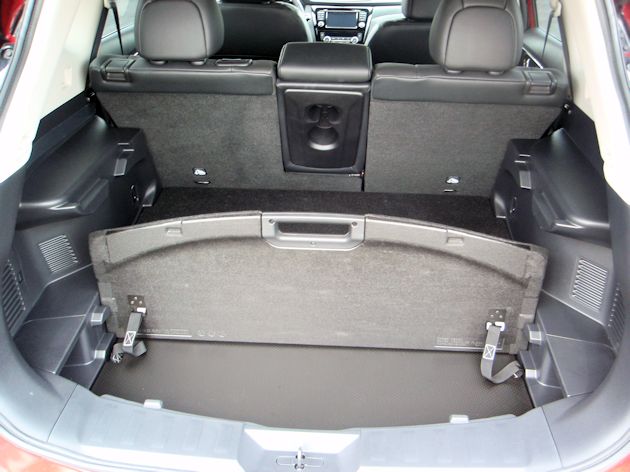 The Nissan Rogue comes standard with two rows of comfortable passenger seating ? the S and SV models are also available with an optional third row.

The cockpit is attractive with nicely contoured seats to help hold you in place during spirited cornering, or driving quickly around a figure-eight course. I like the instrumentation and placement of the controls, it?s very intuitive. I especially like the Advanced Driver Assist Display ? the five-inch color screen in the center of the instrument cluster which displays a wide variety of information for the driver. The interior is filled with soft-touch surfaces, so nearly anywhere you touch the plastic surfaces is padded ? dash, doors, armrests, center armrest, etc. 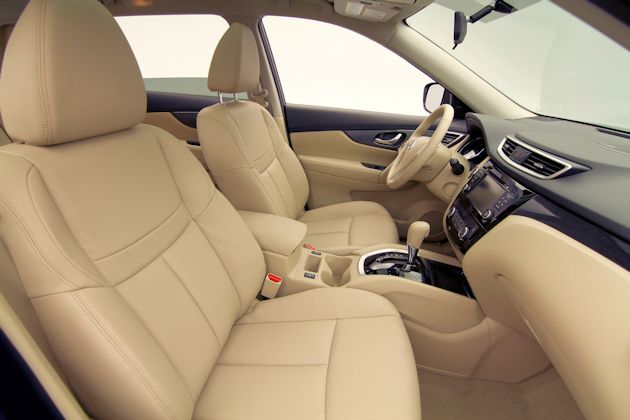 Nissan has advanced their connectivity quotient with the new Nissanconnet? system designed to help the driver concentrate on driving and keep hands on the steering wheel, not buttons. It has functions like hands-free text-messaging and a variety of apps to aid the driver and entertain the passengers. Nissan expects the system to be in 1.5 million Nissans by 2015 and in all Nissans by 2017. The navigation system also includes a cool display that uses multiple cameras to show you what?s right around the Rogue. It looks as if you are looking down on the vehicle from above ? this makes it easier to maneuver in tight areas and see potential hazards. 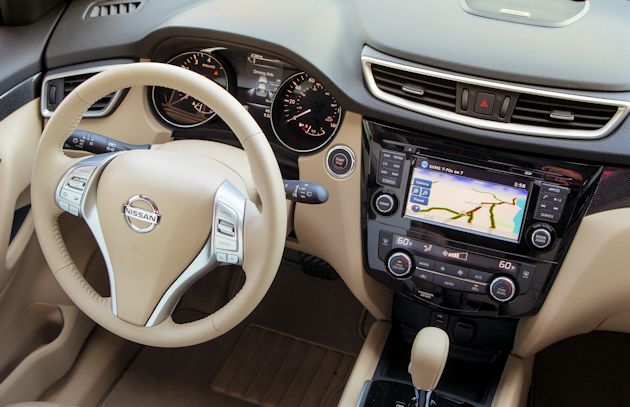 The optional panoramic moonroof extends over the two front rows of seats. The front glass panel slides and tilts, while the rear glass panel is fixed. When in the open position, the front panel slides under the fixed second panel.

All Rogue models are outfitted with a 170-hp 2.5-liter four-cylinder engine driving Nissan?s latest generation Xtronic CVT? (Continuously Variable Transmission). The Nissan CVT is probably the best in the business. The latest Xtronic has a 40 percent reduction in friction loss and an improved belt and pulley system which combine to improve efficiency by about 10 percent. The engine and transmission partnership produces a fuel economy rating of 26 mpg city and 33 mpg highway (best-in-class for the front-wheel drive version) and 28 mpg combined. The all-wheel drive models are rated at 25/32/28 mpg. 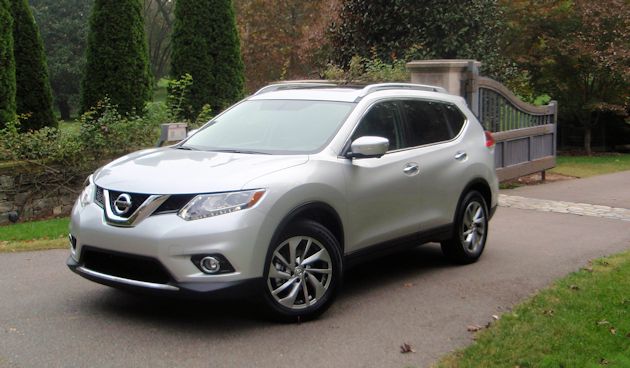 The latest generation transmission also simulates shift points in the upper RPMs to give it the feeling of normal gear changes, this also prevents that strange feel of the engine winding up and the transmission is catching up. For better control, I personally prefer to be able to manually shift an automatic transmission using paddle shifters or the console mounted shifter. Scott Shirley, Nissan?s Chief Marketing Manager, told me their studies indicated the average consumer didn?t care about shifting, so that ability is not included in the Rogue, even though some other Nissan models have it. Instead the Rogue has Active Engine Braking which automatically helps do the same thing, without having to shift manually.

The 2014 Nissan Rogue is available in three trim levels: S, SV and SL. The front-wheel drive versions are priced at $23,350; $25,090 and $28,930 respectively, including the destination charge. All-wheel drive adds $1,350. The S and SL models each have one available option package and the SV, which should be the volume leader, has three available packages adding features like the third row seating, run-flat tires, navigation and panoramic moonroof. A fully loaded Rogue SL AWD would top out at $32,270.
Some of the important new safety features, which are part of the SV and SL option packages, are Forward Collision Warning, Blind Spot Monitoring, Lane Departure Warning and Moving Object Detection.

I thought the previous generation Rogue was one of the best of the mid-level Crossover Utility vehicles, however the 2014 model is a major leap forward. It offers a good level of performance and fuel economy combined with a sophisticated look and on road presence. It?s quiet, comfortable and gives the feeling of being a quality upper-level product.
Nissan believes the advancement and increase in pricing of the entire category had left a void at the bottom of this category, however. With that in mind, they have decided to continue to build the previous generation and rebadge it as the Rogue Select. The content will be simplified and the base price will be under $20,000 to offer a low cost option in that category. 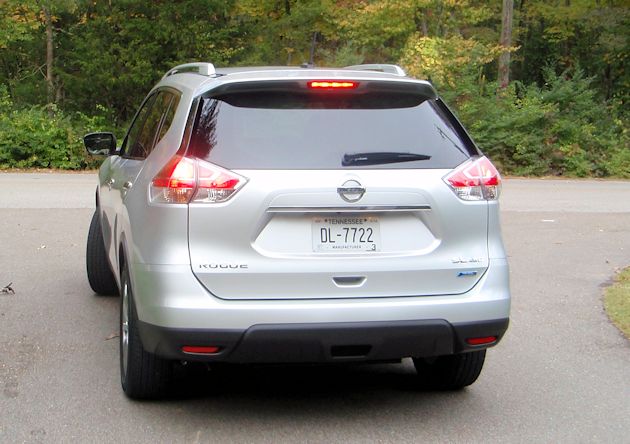 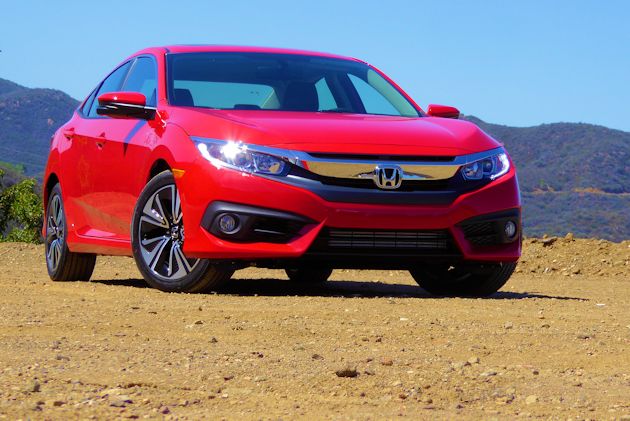 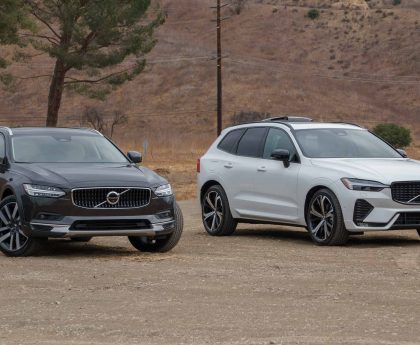