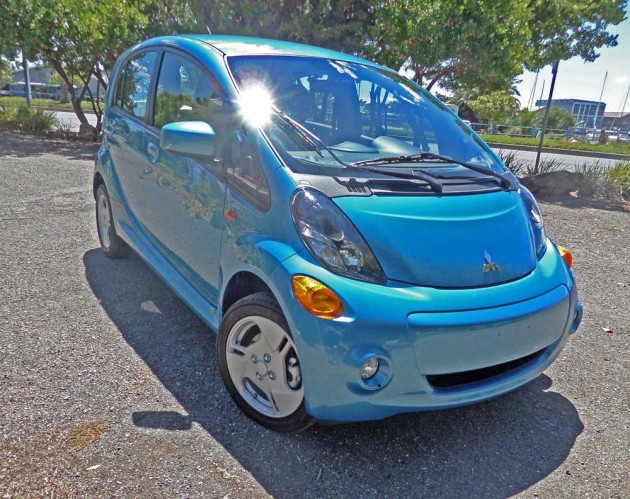 Mitsubishi Motors positioned the i-MiEV as their ultimate eco-car that brings to market an expression of the company?s environmental efforts toward a sustainable coexistence with the planet and its natural resources.?Development of the Mitsubishi i-MIEV concept began in 2006 with internal company discussions as to what would actually constitute the ?ultimate eco-car.? After much debate the conclusion reached was that the i-MiEV, an electric vehicle which satisfied the following requirements: that it produce clean, nonpolluting emissions; that it produce minimal CO2 emissions and aiding in the reduction of global warming; and that it make minimal use of the finite supply of oil resources, would indeed fulfill the mission statement.

The Mitsubishi i-MiEV is driven 100-percent by electrical power and is a zero-emissions vehicle, which means that drive-time CO2 emissions are zero. The i-MiEV also saves some 158.5 gallons of gasoline a year. As a result, the i-MiEV personifies Mitsubishi Motors? [email protected] corporate tagline, defined as ?Driving the earth; living with the earth? ideals. The primary energy system for the i-MiEV consists of: the electric motor, transmission, on-board charger, DC/DC converter, an inverter, battery modules and drive battery. 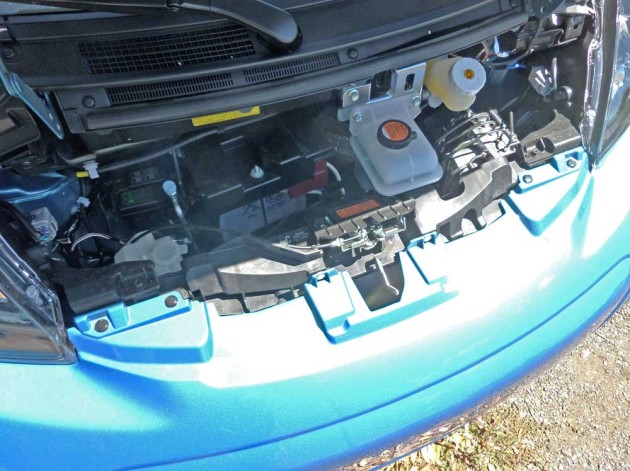 Power for the i-MiEV comes from a high-efficiency, compact and lightweight permanent magnet AC synchronous electric motor that incorporates a rare-earth neodymium magnet and optimized wound rotor design. It is a new-type of motor developed in the mid-1990s, and the magnet is the strongest in commercial use.

The motor turns at a maximum speed of 9.900 rpm and develops 49 kW (3000 ? 6000 rpm) of power. As a basic characteristic of the electric motor it generates very high torque from very low speeds: 145 (196Nm) ? (18.4kgf-m)- 0-300 rpm
This compact and lightweight motor provides better motive performance and is also m shorter and narrower as well as lighter than the gasoline-powered ?i? minicar?s engine. The transmission is a specially designed single-speed reduction gear type with no reverse, as the motor serves to deliver the reverse function. The motor, transmission and drive battery are all mounted low, in the rear, driving the rear wheels.

There are three external charging modes: normal charging modes in both 100V and 200V applications, and a quick charging connector. Regenerative braking represents yet another application – when the vehicle is decelerating (the equivalent of engine braking), the motor generates deceleration torque and the regenerative function of the brakes is activated. During deceleration the motor acts as a generator with the electrical energy recovered being stored in the drive battery. The i-MiEV is water-cooled utilizing the radiator from the ?i? minicar from which it is derived. The cooling system additionally cools the inverter, on-board charger and DC/DC converter. 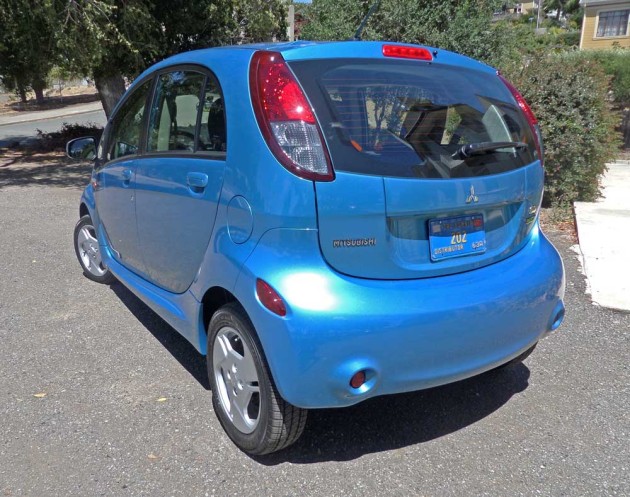 In terms of its visual appearance, the i-MiEV is a 5-door hatchback sub-compact or mini car that employs futuristic design cues in the form of a jellybean. Unlike the Smart For2, it seats four comfortably with room for personal items behind the rear seat. Excellent outward visibility is provided with a large greenhouse and glass area. Overhangs are short both fore and aft. 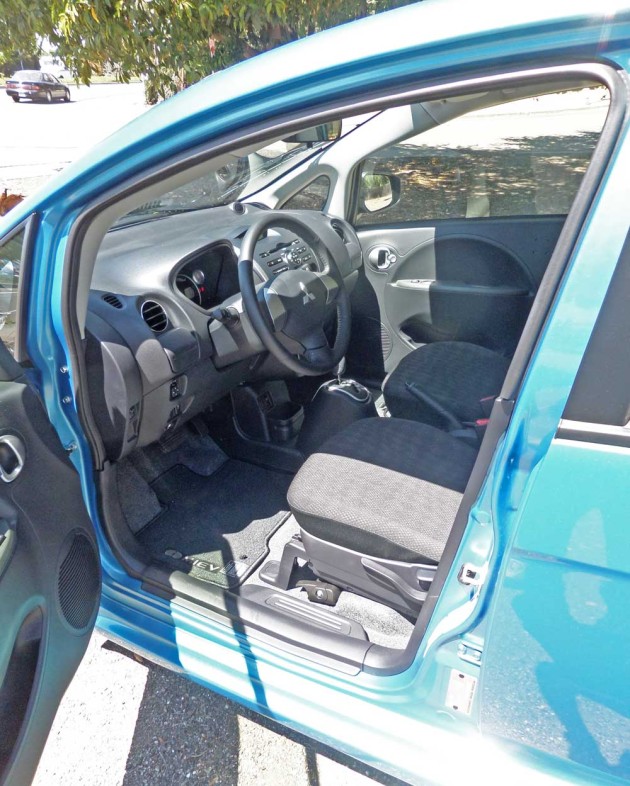 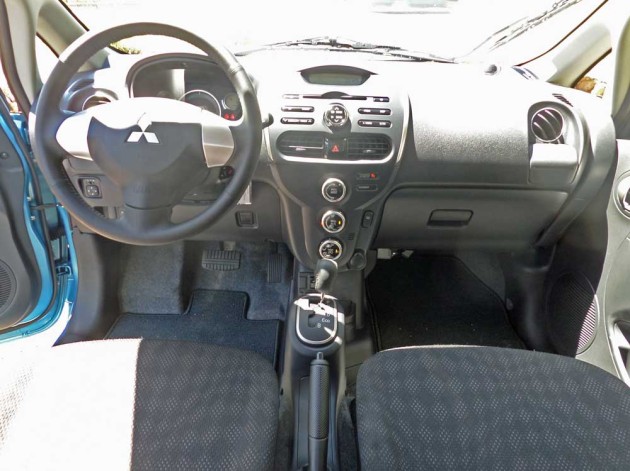 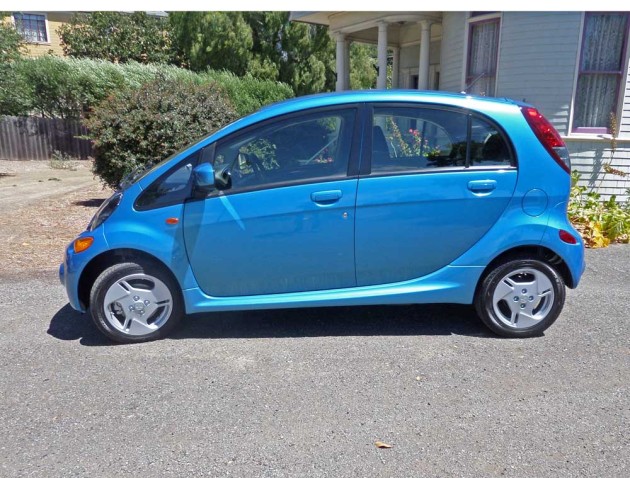 My test 2014 Mitsubishi i-MiEV was in ES trim and sported sported an Aqua Marine Blue metallic exterior, with a Black cloth interior. The base price was set at $22,995 before applying the available $7,500 Federal Tax Credit. Other available city, county and state tax credits may be available to bring the total cost down even more. An SE version is also available at a higher cost. 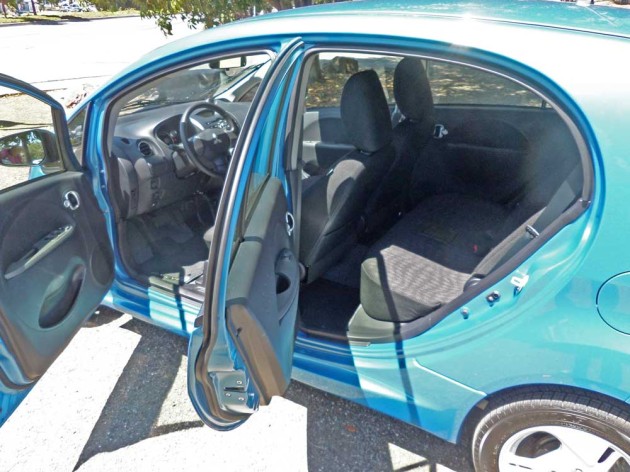 SUMMARY: The 2014 i-MiEV ES is actually fun to drive. After entry and upon startup, the only indication that you?re ready to roll is a chime signal and ready light in the unique IP. The car is whisper quiet when stationary, and only emits a barely discernable whir when moving. Tire noise on the road surface is actually more noticeable.

The shift gate provides the following settings: Park, Reverse, Drive, Eco and B, which allows for the same torque and energy as the Drive setting, but at the same time maximizes regenerative braking and energy storage during
deceleration or heavy braking. The Eco setting minimizes power output from that of the Drive setting and thereby conserves energy.

The range on a full charge can be up to 100 miles, dependent upon driving factors and conditions, and the use of on-board electronic features. Maximum
speed is about 80 mph, which at that rate will of course diminish stored energy quite rapidly. Charging time varies through the on-board 15Amp charger: to achieve a full charge at 100V the time is roughly 14 hours; 7 hours are required at 200V; and with the special Quick charger (880V), an 80 percent recharge may be accomplished in approximately 30 minutes. 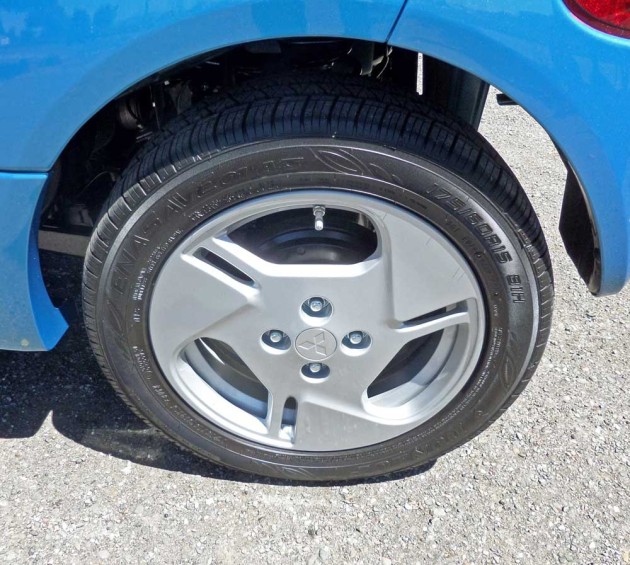 The ride quality of the i-MiEV is quite comfortable despite the low-roliing resistance tires, and the handling characteristics are very responsive and athletic.

Is a plug in, all-electric vehicle the way to go? It actually depends upon the individual and the intended use and requirements. Some people will obviously get a charge out of the i-MiEV (no pun intended), while for others who need more range, it won?t necessarily fill the bill for everyday transport. It is certainly ideal for commuters who travel roughly 30 miles or less each way daily, or for longer commutes up to 60 or 70 miles, with access to a charging facility in between. 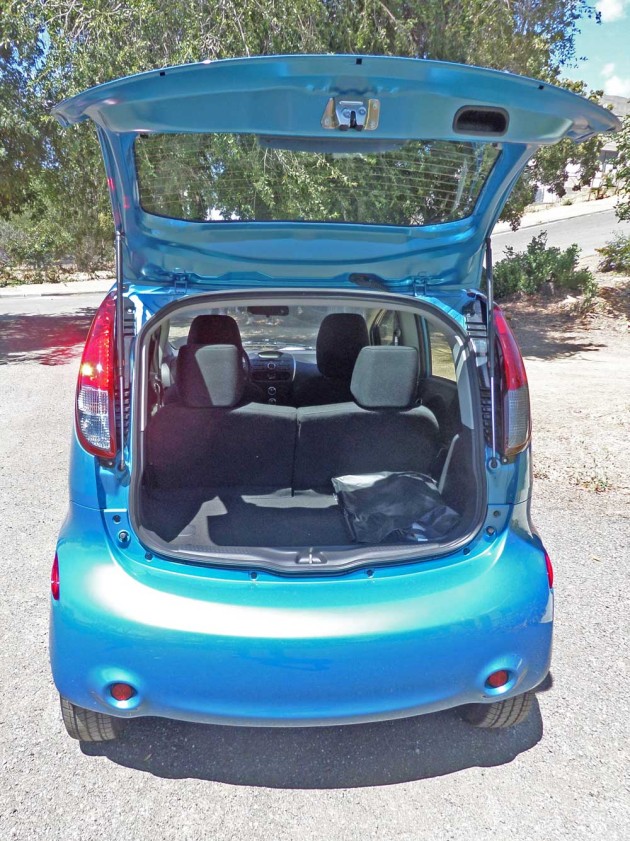 Bottom line, the 2014 Mitsubishi i-MiEV is positioned to serve as a major role player in the quest for sustainable energy. It definitely costs much less to operate than a similar gasoline-fueled vehicle, and tax credits are sure to make its purchase even more attractive. The i-MIEV is a ?joule? of an idea.

Fuel Capacity: No Fuel – all electric 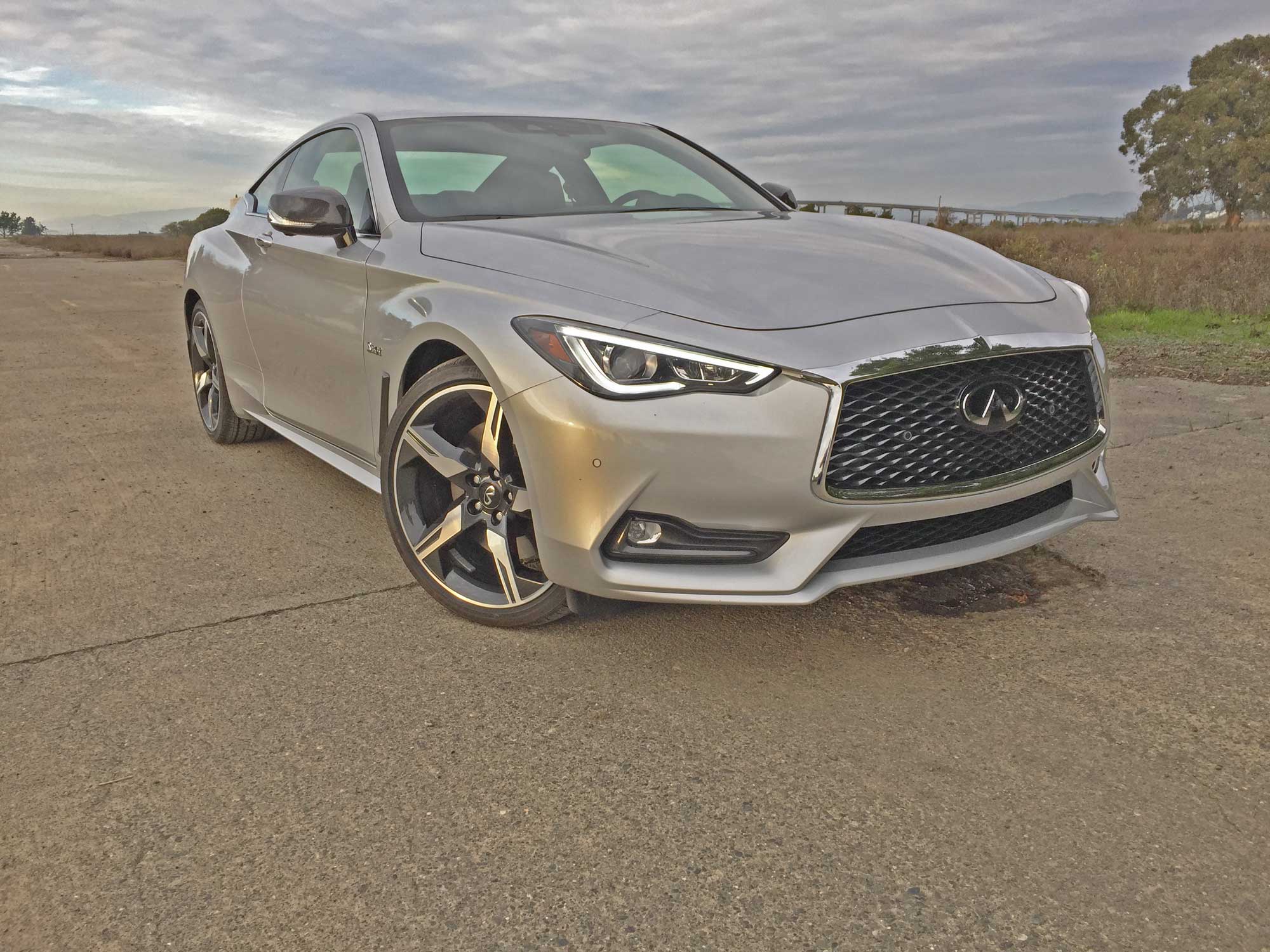 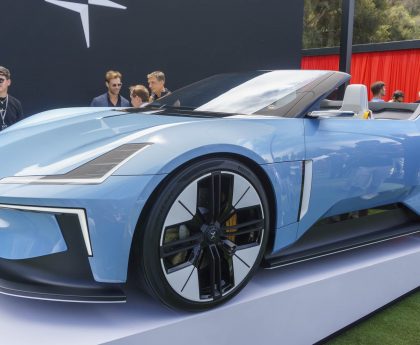