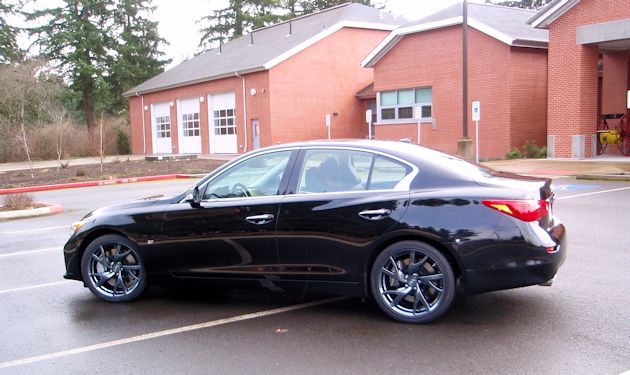 When we think of luxury performance cars the first brands that come to mind are generally BMW, Mercedes and Audi, followed by a handful others. The entire group is in a constant battle to excel over the others with better performance, more luxury and the latest technologies.

Infiniti has had a difficult time locking in its position in this category, but it seems to be making a solid new effort under the leadership of former Audi president, Johan de Nyssechen. Since de Nyssechen took the Infiniti helm, the brand has become a division independent from Nissan with headquarters in Hong Kong. All the Infiniti models have been renamed into a more logical nomenclature, and there is a major effort to design and build outstanding new products. 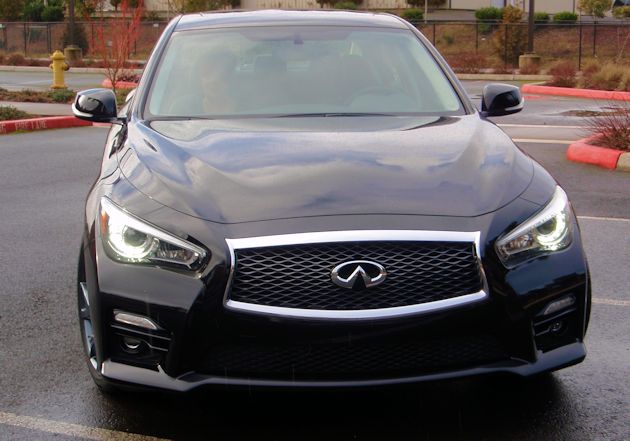 First to the party is the 2014 Infiniti Q50 sedan, which replaces the Q37. With its dramatic new character, the Q50 is a standout not to be confused with previous models or with competitors. The look is crisp with aggressive styling elements unique to the brand with components like the distinctive grille shape and notched C-pillar.

The interior is equally distinctive with comfortable supportive seating for four and a place in the middle of the rear that lacks the same accoutrements. The dash is well organized in a cockpit style with all driver-oriented controls and instruments. 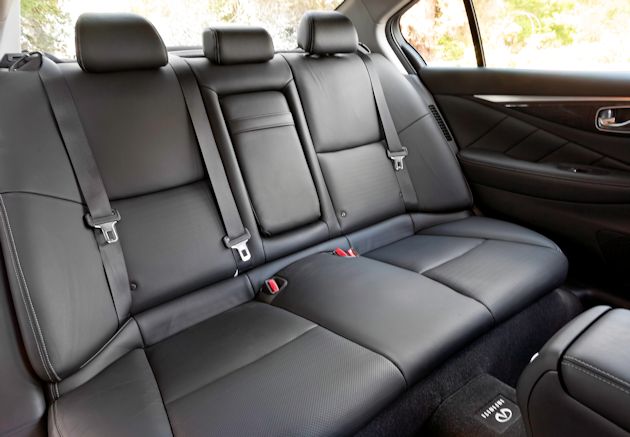 We especially liked the large stalk mounted automatic transmission paddle shifters. They stay in place when the steering wheel is turned, you don?t have to go searching to make a shift if the wheel is slightly turned.

The upper section of the center stack includes a large eight-inch navigation screen nicely positioned just under the dash lip and above another seven-inch flat panel which has one of the sharpest displays we?ve ever seen. As a comparison, it makes the HD digital screen on our home computer look like the words were inscribed with crayons. The screens are controlled by touch and a large console-mounted nob. There are even some commands that are made using intuitive hand gestures. In only a week of driving we didn?t get a chance to explore all the intricacies of this state of the art system ? maybe we need to keep the car a few months so we can master everything. 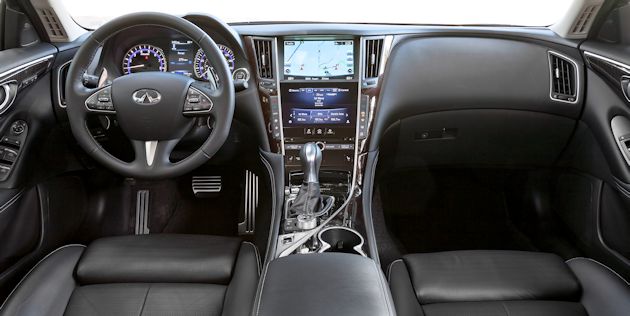 Climate functions can be accessed on the screens or on dedicated buttons mounted on either side of the lower screen. The new Infiniti InTouch? telematics system interfaces with passenger phones to integrate the future of in-car connectivity. There?s also a Personal Assistant? program with 24-hour access to a live team of professional assistants in an emergency or for a variety of concierge-type functions.

Under the taunt skin and sculpted hood are the mechanical elements that make the Q50 a true driver?s car. The latest iteration of the award-winning V-6 engine is a 328-horsepower, 3.7-liter V-6. The only transmission is a precise, quick shifting seven-speed automatic, driving the rear wheels. We like that the 2014 Infiniti Q50 is also available in an all-wheel drive version as well as a hybrid. The engine is a double overhead cam with Continuously Variable Valve Timing and a variable electronic lift system. We?re surprised Infiniti isn?t using a direct injection system yet, but would imagine that will be in a future version.

Infiniti testers say the G50 accelerates from 0 to 60 mph in 5.3 seconds, but some of the buff magazines are getting slightly better times in their testing. EPA fuel economy numbers list Q50S we drove at 20 mpg city, 29 mpg highway and 23 mpg combined. We actually averaged 25.1mpg during the week we spent in it. 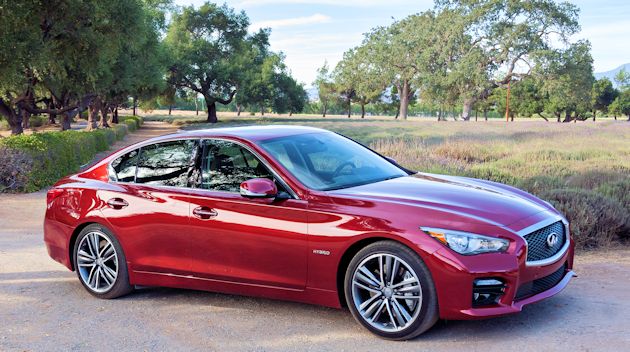 We hope to test the hybrid version later. With the assistance of the electric motor, the net horsepower is listed at 360 with the EPA numbers at 29/36 mpg. The Infiniti Q50 Hybrids are also available with an all-wheel drive version.

Much of the Q50?s four-wheel independent suspension is aluminum. This helps give the car a lighter agile feel. It?s not the best handling sport sedan we?ve driven, but it?s very good while still producing a comfortable ride. 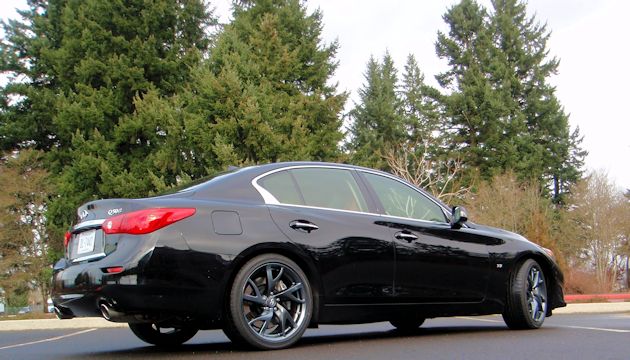 Infiniti debuted three world?s first production performance technologies on the Q50. The first is an available Direct Adaptive Steering?, which they say ?allows advanced control of the Q50’s tire angle and steering inputs, transmitting the driver’s intentions to the wheels faster than a mechanical system.? Our car was not equipped with this option, so we hope to try that feature on a future test drive.

Another second feature is Active Lane Control? which uses a camera-based lane marker detection system to help keep the car in your own lane. The third new technology is the Predictive Forward Collision Warning (PFCW) system which warns the driver of risks that may be obstructed from the driver’s view. You may have seen the TV commercials demonstrating this innovative system which senses the relative velocity and distance of a vehicle directly ahead, and also of a vehicle travelling in front of the preceding one.

The 2014 Infiniti Q50 is available in six variations including the three all-wheel drive models. Prices range from $37,955, including the destinations charge, for the Q50 3.7 to $46,255 for the Q50S 3.7 AWD. All-wheel drive adds $1,800. The top model with all the available options will have a sticker price of nearly $59,000. For that price you get some state of the art technologies, some extra bling and a very impressive sport sedan. 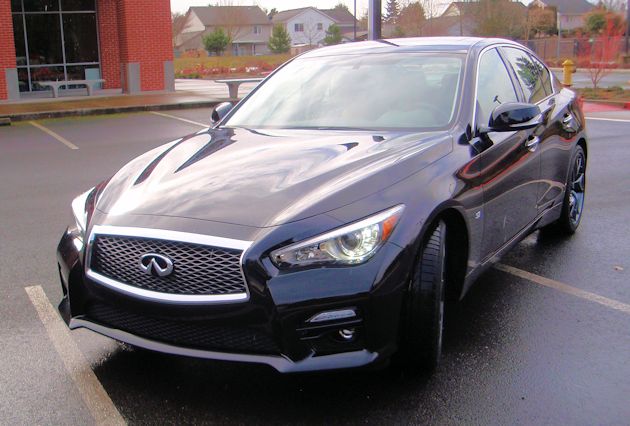 The 2014 Infiniti Q50S we drove is a strong competitor to the big-name sport sedans and it has safety technologies that rival any other cars in this class. It also looks great? but not quite as good as the previous generation Q37 coupe, which we think was one of the best looking cars on the market.

Infiniti is definitely off to a good start in its effort to make waves in the mid-level sport sedan segment. It?s a must drive to shoppers in the segment, too. To get more information, go to Infiniti?s web site: http://www.infinitiusa.com/sedan/q50. 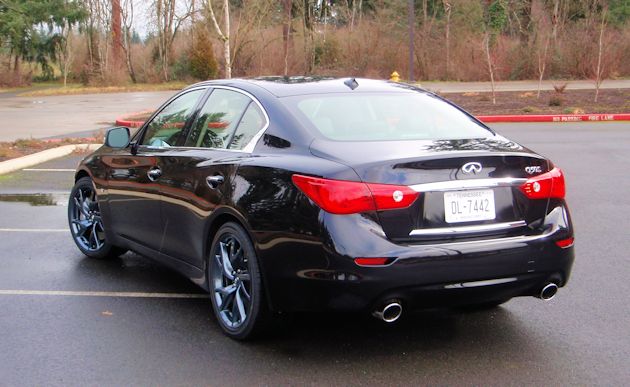 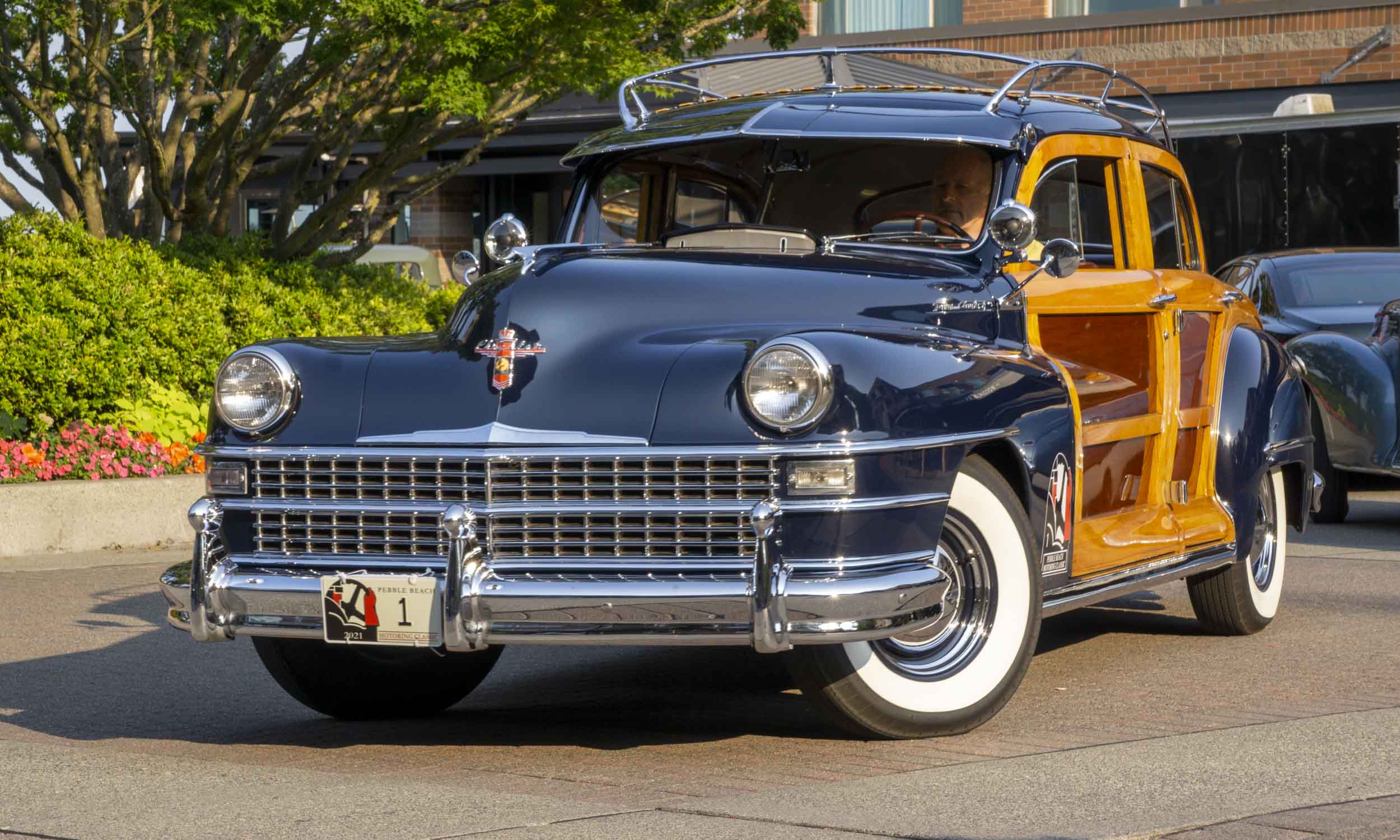 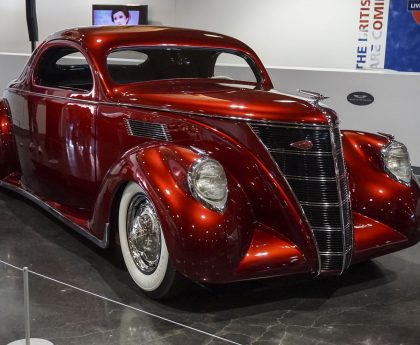