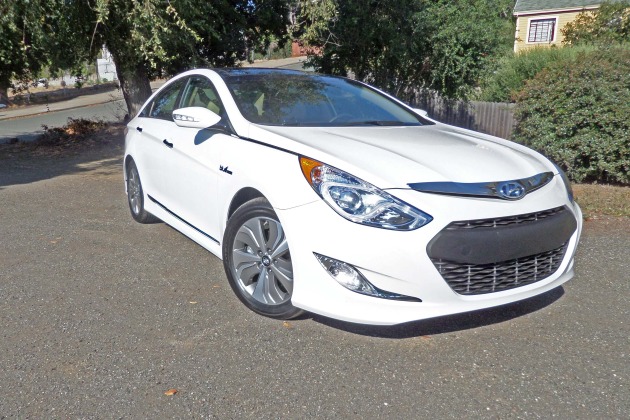 The Sonata Hybrid from Hyundai bowed first, claiming the best mid-size sedan highway fuel economy. Hyundai?s Korean sibling Kia followed suit with their first ever Hybrid for the U.S. market ? the Optima in 2012, boasting the same EPA mileage ratings from the same basic powertrain. In fact the Optima, which is not an exact clone of the Sonata, is very close, even falling within the same pricing range. 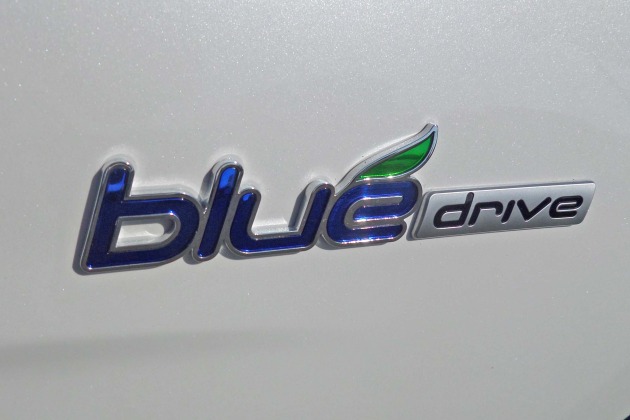 Hyundai refers to their production application of its hybrid system as ?Hybrid Blue Drive? which debuted in mid-2009 featured in the Korean domestic market?s Elantra LPI mild-hybrid. As implemented in the 2011 Sonata Hybrid, Direct Hybrid Blue Drive is now a full parallel hybrid system. Both the Kia Optima Hybrid and the Sonata Hybrid are full parallel systems, and may be operated in a zero emissions, fully electric drive mode at speeds up to 62 miles per hour, or in a combined gas-electric mode at any speed. When the car comes to a stop and the electrical storage load is low, the engine shuts down, completely eliminating idle fuel consumption. 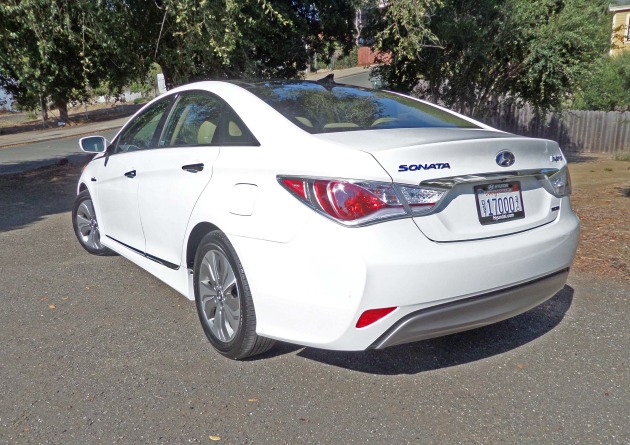 At the core of the Hybrid System is a lithium polymer battery pack. The Hyundai Hybrid powertrain is configured with a unique architecture. In contrast to the more familiar power-split hybrid systems such as those from Toyota and Ford, Hyundai?s Hybrid Drive utilizes a transmission-mounted-electric-drive layout where the motor is separated from the transmission gear-set. This modular layout offers a number of advantages. Most importantly, the TMED configuration provides flexibility to mix and match different sized electric motors and transmissions to suit different vehicles. 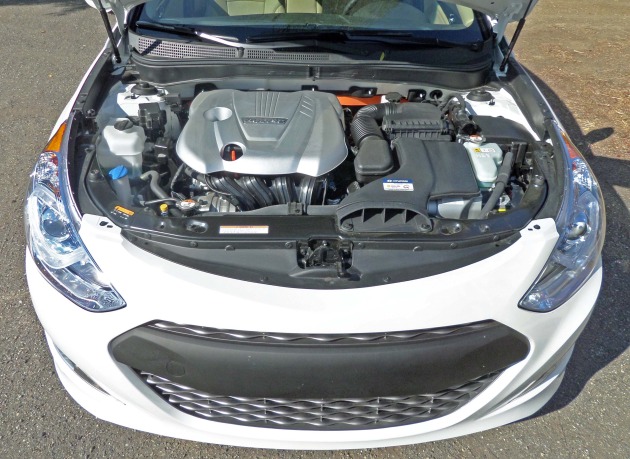 The Hybrid Drive System consists of a 2.4-liter Theta II, Atkinson Cycle, DOHC 16 valve with DCVVT (Dual Continuously Variable Valve Timing) and Multi-point Fuel Injection inline 4-cylinder gasoline engine in combination with a Permanent Magnet Synchronous electric motor and 270V Lithium Polymer battery that produces 159 horsepower at 5,500 rpm while developing 154 pound feet of torque at 4,500 rpm (gas engine only). The Permanent Magnet Synchronous electric motor (35 kW) makes 47 horses in a range from 1,630-3,000 rpm and 151.2 pound feet of torque from 0-1,630 rpm. The combined system total delivers 199 horsepower at 6,000 rpm and 235 pound feet of torque at 4,250 rpm. The transmission is a six-speed electronically controlled automatic without a lockup torque converter ? with a wet-type laminated clutch. The engine is transversely mounted up front driving the front wheels. Another aspect of system is the Hybrid-Starter-Generator, which is belt-driven off the engine. It is not to be confused with integrated starter systems used for so-called micro or mild-hybrid systems from other manufacturers.

Regenerative braking plays an important role in recovering kinetic energy lost during braking and storing it for future propulsion. 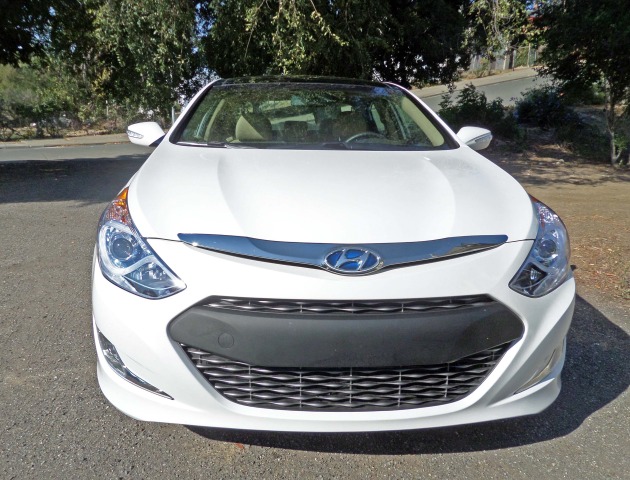 The latest iteration 2014 Hyundai Sonata Hybrid continues to reflect Hyundai?s Fluidic Sculpture design-led transformation, perpetuating their emotion-stirring design philosophy. The sleek and streamlined Sonata profile is coupe-like with its blacked out ?B? pillars and gracefully arched roofline. The car?s shoulder line runs from the headlamps to the decklid, with another indented character line riding at the rocker lever, and connecting the pronounced wheel wells. The overall effect is bold and athletic. The signature grille is individualistic and quite attractive, flanked by projector headlamps. 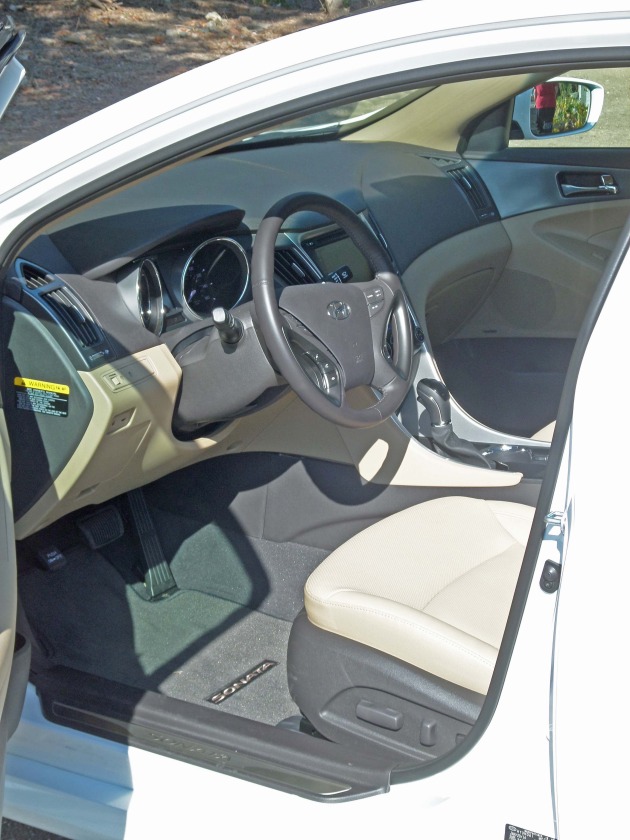 The 2014 Hyundai Sonata displays an allure that is missing from many other mid-size sedans, regardless of price point, and it is now offered in only two trim levels featuring a host of standard features: a base model Hybrid and a more upscale Limited model; – both come with a 6-speed automatic transmission. 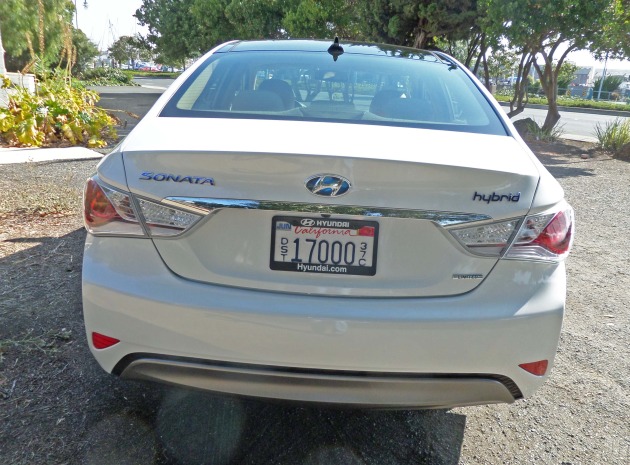 The Hyundai Sonata?s styling is shared with its gasoline-powered sibling ?It is sleek and aerodynamic with accentuated character lines that emphasize motion even when parked. The wide front opening houses a mesh grille, which is flanked by futuristic headlamps and fog lamps. The cabin or greenhouse curves gracefully from the sharply raked windshield to the equally raked rear glass and abbreviated deck. The car sits low over amply filled wheel wells displaying a bold, athletic stance. 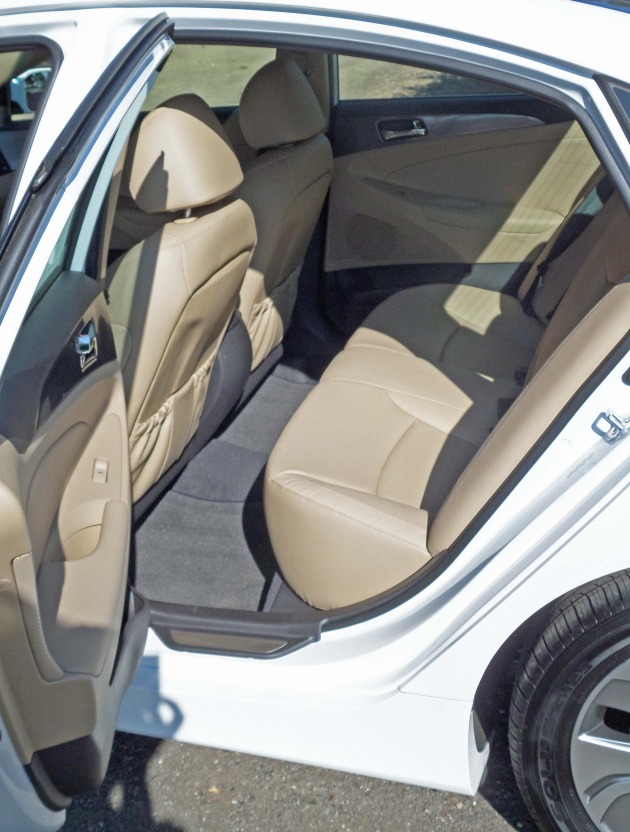 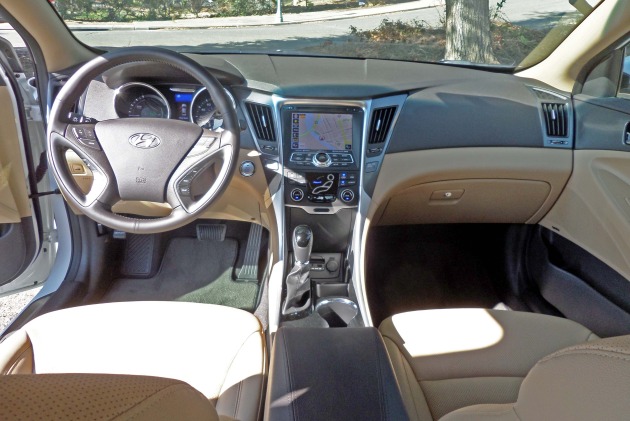 My 2014 Hyundai Sonata Hybrid test sedan was in Limited trim and was sprayed with an exterior coat of Porcelain White Pearl metallic, which was complemented by a Camel-toned interior. The base price was set at $30,750, while options, which included the Panoramic Sunroof tilt/slide Sunroof Package, carpeted floor mats and the Destination and handling charge raised the final purchase price to $32,685.

SUMMARY: My test Hyundai Sonata Hybrid was driven in a variety of scenarios, which included both urban and suburban situations. The Sonata Hybrid?s expected range can easily reach 600 miles, depending of course upon driving style and terrain. Awareness of the Hybrid system?s operation is virtually non-existent ? it is seamless for all intents and purposes except for the gas engine shutting off when the car comes to a complete halt. 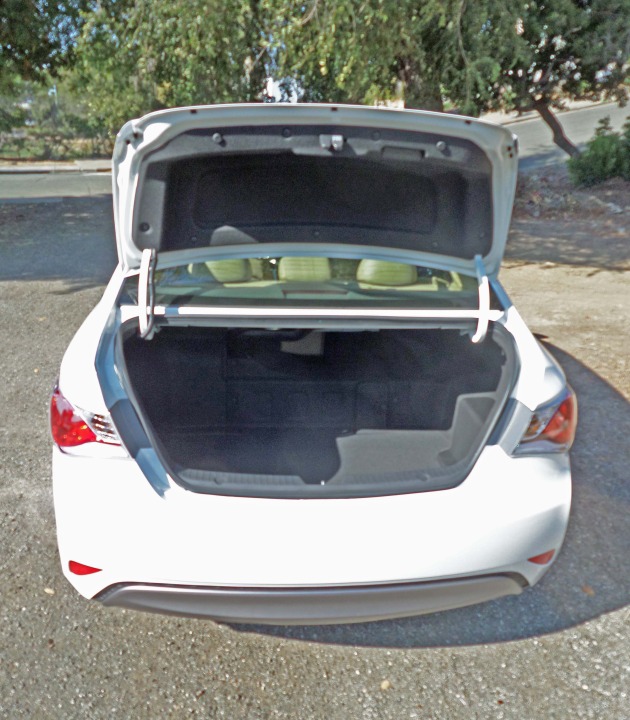 The Hyundai Sonata Hybrid Limited is extremely attractive, with a bold and athletic persona that should appeal equally to both genders and all age groups. It performs in similar fashion to what one would expect from a conventional vehicle?s operation, but with much greater efficiency. The electric power-assisted steering delivers a sporty and positive feel, and the ride quality is very comfortable, though on the firm side. 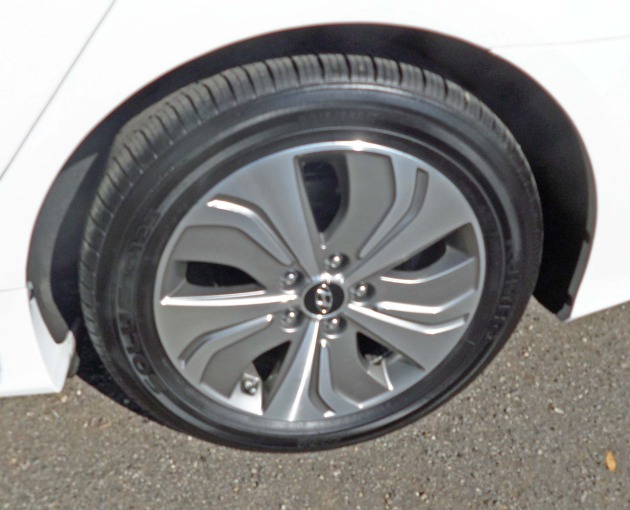 Additional possible powertrain combinations are on the horizon, including the use of even more powerful motors and higher capacity batteries that will spawn plug-in hybrids.

The Hyundai Sonata Hybrid is an affordable and impressive five-passenger, four-door sedan that features a lengthy list of standard features and equipment, and Hyundai and will continue to offer an industry exclusive Hybrid Lifetime Battery warranty. 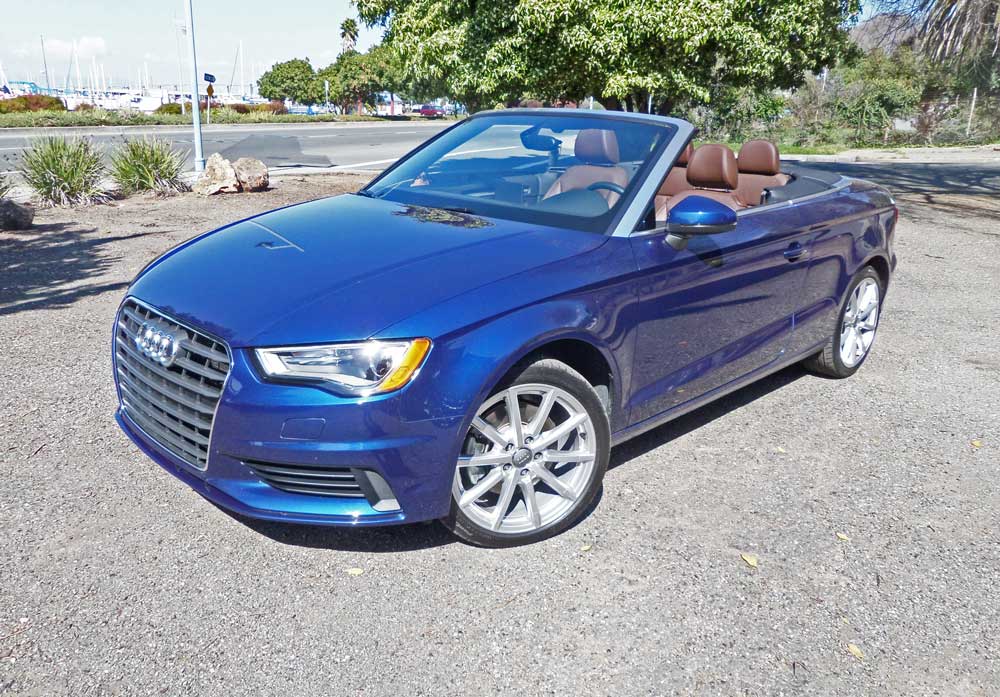