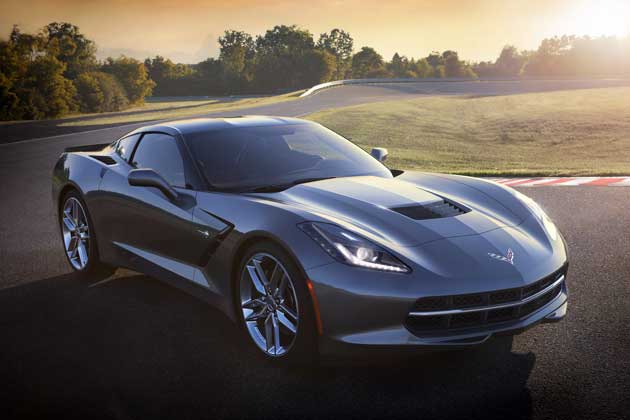 Monterey, Calif. ? After driving about 200 miles in the 2014 Chevrolet Corvette Stingray and running it a half dozen times through a challenging autocross course, I think I can easily say that this is the best performance car value ? ever!

Taken as a whole, the Corvette numbers are astounding! Equipped with the available Z51 Performance Package ($2,800), the new Stingray is capable of accelerating from 0 to 60 mph in 3.8 seconds, braking from 60 to 0 in 107 feet, and sustaining 1.03 g in cornering. Nobody would confirm the top speed, but 190 mph, was suggested. Then here are the numbers that put it all together: base price $51,995, including the destination charge, and 29 mpg highway, fuel economy. The best performance car value ? ever!

Piece by piece the 2014 Chevrolet Corvette Stingray is also remarkable. In fact, there is so much technology and expensive equipment involved in building this car, I asked Pat Morrissey, Director of Brands and Advertising, if Chevrolet can actually make money on this car. (I was thinking about several of the hybrid and electric vehicles that loose thousands of dollars on each car they produce in the process of getting established.) Morrissey said, ?There?s a good business case for it? — which means it is profitable.

Being an automotive journalist, one of the most interesting experiences I get, in addition to driving some unbelievable cars, is going to introductions like this one I attended for the new Corvette. Chevrolet rented a hanger at the Marina, Calif. airport and filled it with cut-aways and displays illustrating the differences between the last generation and this 2014 model. If a picture is worth a thousand words, imagine what it?s like to actually see the redesigned aluminum frame or the new aluminum suspension components or to lift the super lightweight carbon fiber hood. With the new Stingray, we?re talking about racecar technology in a street car. 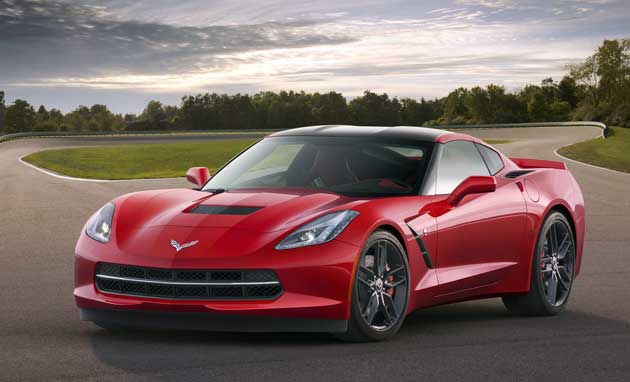 I thought the 2014 Chevrolet Corvette Stingray was dramatic looking in the photos, but when I saw it in person and followed one down the road ? Wow! It looks like a futuristic super car with its sharp aerodynamic lines, multiple functional air vents, quad exhaust outlets and long low hood.

Probably the most significant change in the 2014 Chevrolet Corvette is inside the cockpit. The interior is filled with all the real materials like leather, carbon fiber and aluminum. Over the years, owners and critics alike have complained that the interior wasn?t up to par for a car like this. Not any more, the new interior is luxurious, comfortable and striking, while being totally dedicated to the business of providing the best working environment for the driver.

The driver cockpit is well designed and as functional as any car I?ve seen with everything, including the eight-inch center stack display screen, tilted toward the driver. Controls are easily at hand and I thought they were very intuitive.

The passenger area contains essential elements — two grab bars, placed on the side of the center console and the door. To add to the comfort of the bolstered passenger seat there is a temperature control along with switches for the heated and cooled seat. It?s very convenient and very cool ? pun intended. 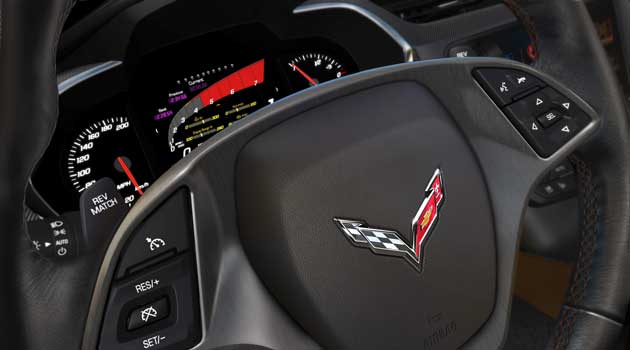 The eight-inch digital instrument cluster display can be simple or as complex as the driver wants with up to 69 unique sources of information available. The data ranges from an interactive performance timer to a tire tread temperature display. When the Driver Mode Selector on the center console is changed, it changes the display to suit that driving style. The five-position Drive Mode Selector adjusts 12 vehicle attributes to fit the driver?s environment. There?s also a full-color head-up display in the windshield that can be adjusted for content.

Of course, the heart of the 2014 Chevrolet Corvette is the small block V-8 engine. Unlike many new cars that are getting smaller engines, Chevy engineers didn?t use smaller displacement with turbocharging or supercharging. They totally redesigned the existing 6.2-liter naturally aspirated V-8. The engine is rated at 455 horsepower and 460-lb.ft. of torque (460-hp and 465-lb.ft. with the available dual mode exhaust system for $1,195). 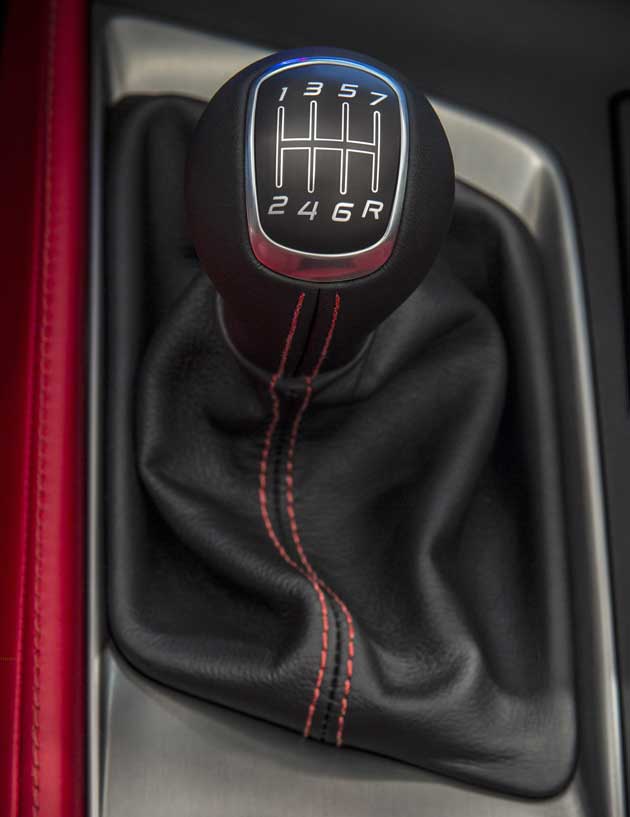 The new standard transmission is a seven-speed manual with Active Rev Matching. Replacing the shift paddles on the rear side of the steering wheel are Rev Match paddles. When you want to shift down, make a quick pull on the paddle and it anticipates the next gear selection and electronically ?blips? the throttle to match engine speed, so you get a seamless gear change. Years of my practicing ?heel and toe? shifting — eliminated by a paddle.

As remarkable as the manual transmission is, the new six-speed automatic with paddle shifters was even more impressive to me. It adjusts to the best shift modes based on the Driver Mode Selector and seems to read your mind. It makes shifts automatically or manually quicker than you could possibly do with the manual transmission. It also has a launch control setting and helps maximize fuel economy when the driver is being more conservative.

The Corvette performance starts literally from the ground up. I had a chance to spend some time with Lee Willard, the Michelin tire lead project engineer for Corvette (or as he prefers to be called ?tire nerd?). He talked about spending the last two years working with Corvette engineers to perfect the Michelin? Pilot? Super Sport? ZP tires. When combined with the Corvette?s mechanical elements, they created world-class handling while still providing a very smooth and quiet ride.

Available at dealers now, the Stingray Coupe has a starting price of $51,995, and later this year the Convertible will arrive priced $5,000 higher. Either of these cars gives buyers the best performance value I?ve ever seen. A fully equipped model with an upgraded interior, Z51 performance package, competition seats, Magnetic Ride Control, Dual-mode exhaust and some cosmetic enhancements could go as high as $73,360 — still a great value. 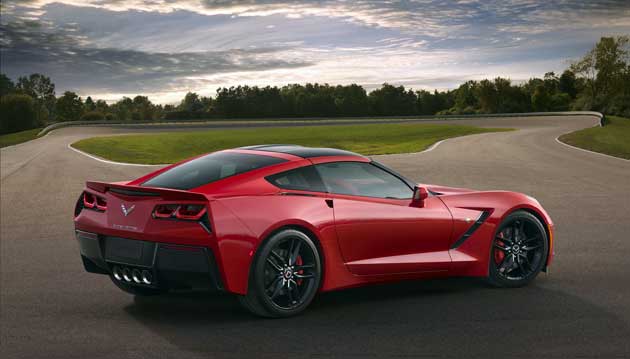 I have never been a Corvette fan, my taste was more for sport sedans. I?ve found the cars to be a bit brutish and not overly comfortable. However, the 2014 Chevrolet Corvette Stingray is civilized, sophisticated, unbelievably fast and precise. It makes me a better driver, too.

Count me as a convert. 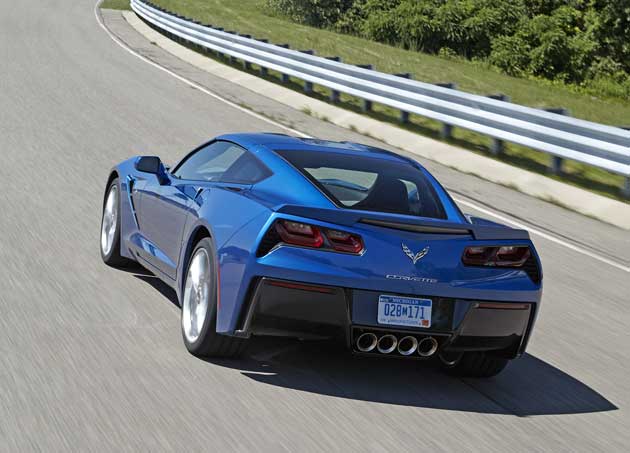 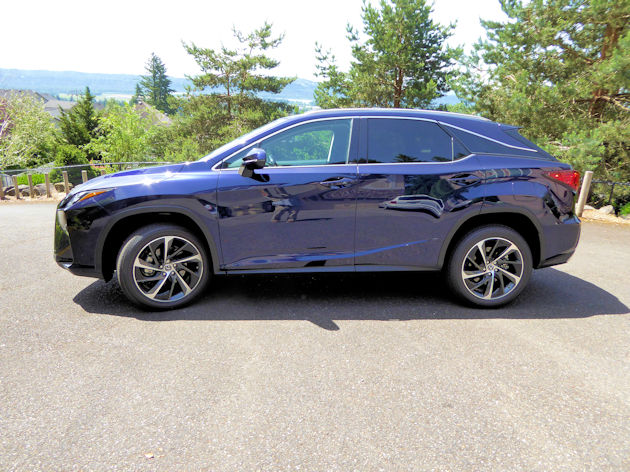 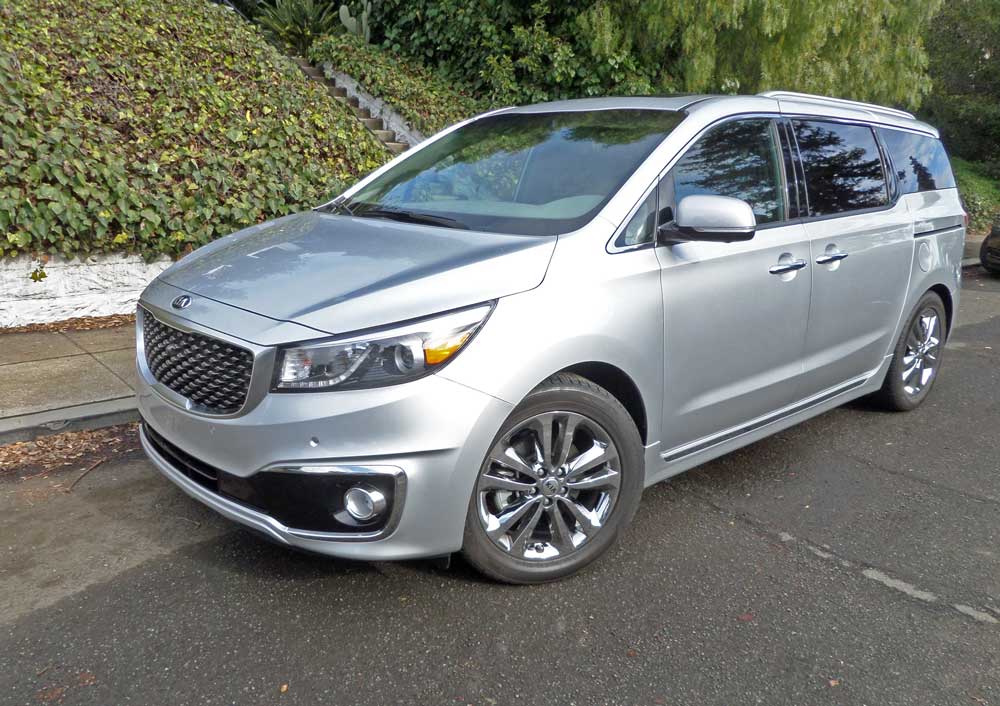